Home » Sport » Why the NRC deserves another look

The NRC cops a lot of flak among the Sydney club rugby faithful. It's manufactured, few people watch it, the money could be given to struggling clubs instead.

All of that may be true – the crowd at Wednesday's rescheduled Sydney vs NSW Country match at Leichhardt Oval was grim – but it doesn't mean the competition isn't a good idea, or worthy of a second look if you're a rugby fan. 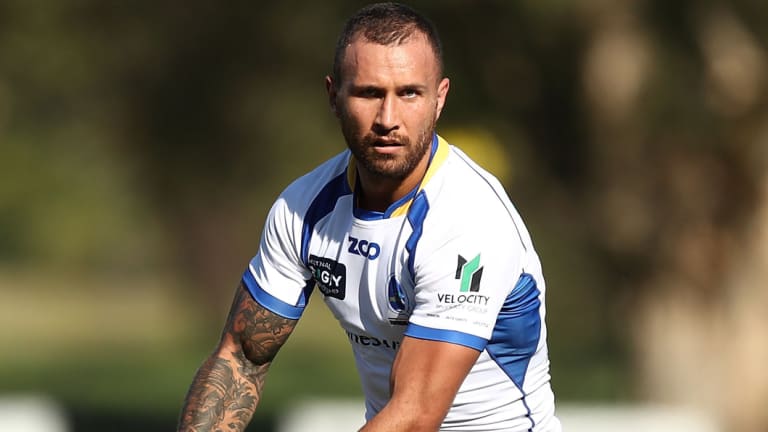 It's a rare chance to see your favourite players close up, without the barriers that separate fans and their teams in Super Rugby and Test matches. And in Sydney this year it is bringing together several disparate levels of the gras-roots game, including women's rugby, women's sevens and the Pasifika Cup.

I took my family along on Saturday. We sat on the hill behind the northern goal posts, sheltering from the heat. Easts' women's team were there and NSW forwards coach Simon Cron, who'd earlier presented the Jack Cook Cup to the Sydney University women for winning the Sydney club grand final in a curtain-raiser.

We had a front row seat to the 61-point masterclass delivered by Quade Cooper and Karmichael Hunt, who teamed up for Brisbane City against the Sydney Rays. When was the last time you had a good, close look at players of the class of Cooper or Hunt, neither of whom played a game of Super Rugby this year, or had a chance to mingle with them after the match?

We saw NSW back row Jack Dempsey make his long-awaited return to the park for Sydney, a 30-minute stint that will hopefully culminate in an influential contribution at next year's World Cup. Been wondering where the Wallabies' back row mongrel has disappeared to over the past couple of years? Part of it's residing in Japan with Sean McMahon. The other part was let loose on Woollahra's fancy synthetic pitch on Saturday afternoon. 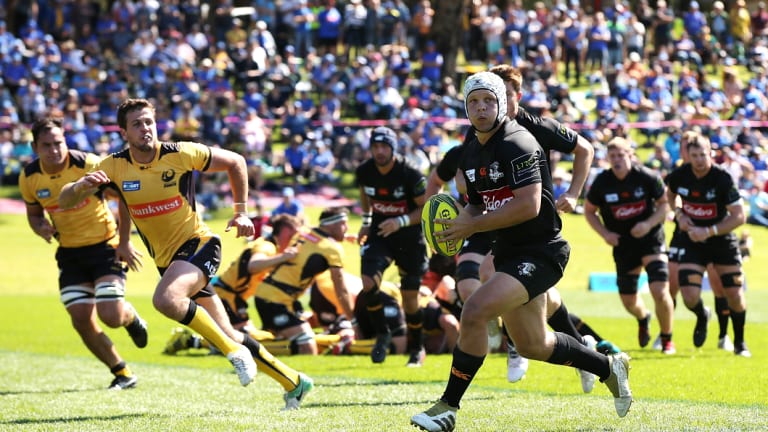 Mack Mason runs the ball in NSW Country’s round two NRC match against the Western Force in Perth.

We saw this between shifts amusing our three-year-old daughter and one-year-old son. We threw food at the problem, and our chubby boy kept falling backwards down the hill trying to snaffle his sister's hot chips. 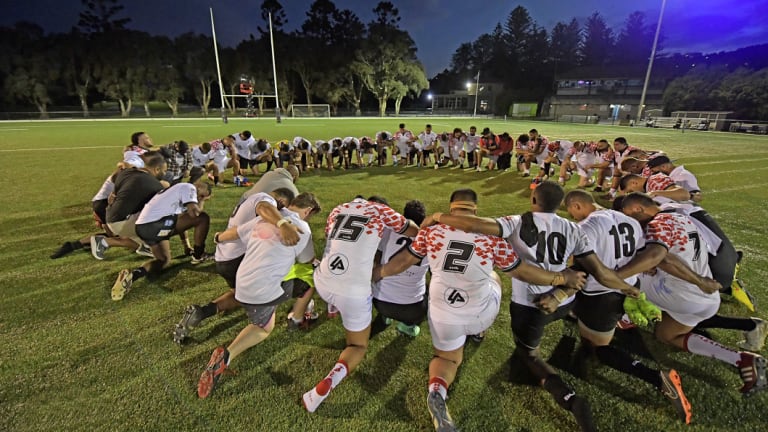 NSW Fiji and NSW Tonga pray together after their Pasifika Cup match at Woollahra Oval on Saturday.

The highlight of the afternoon was the Pasifika Cup game between NSW Fiji and NSW Tama Tonga, which are teams populated by subbies players, journeymen and youngsters hoping to be noticed. By this stage our daughter had mounted a pitch-side warm-up bike and our son had adopted another family. Then Fiji walked out, made a circle and sang a pre-game hymn. The clinking of glasses petered out. A hot chip fell from our son's mouth. The music stopped all of us in our tracks.

The NRC has plenty of challenges. It is caught somewhere between a representative club competition and a pure pathway tool for the Super Rugby teams. The Waratahs love it, telling their contracted players – Mack Mason, Will Miller, Jake Gordon, Damian Fitzpatrick, Shambeckler Vui, Ryan McCauley – that how they play across the eight weeks will establish the pre-season pecking order.

Wallabies coach Michael Cheika sent a host of Test players back for the NSW derby at Leichhardt Oval on Wednesday night, including Ned Hanigan, Tom Robertson and Tolu Latu. Three-cap Wallaby Curtis Rona is a regular starter for Sydney as he searches for a way back into the Test line up, and Country's Jake Gordon looks to have earned a squad call up for South Africa this weekend.

The players have mixed views. Non-contracted guys have all of their accommodation and travel expenses covered and collect $1700 in petrol money (up from $1500 last year) if they play three out of the possible nine weeks. It's not a lot when you work full time and then have to train twice a week and follow the competition around the country for the entire period. Some declined selection this year, for the simple fact it wasn't worth their time.

For fans at home, an NRC match – Fox Sports shows them all live – will be the only rugby they will be able to watch in this time zone for the next three weeks. The grand final will be on Fox Sports before the Wallabies take on the All Blacks in Japan on October 27.

The reality is, on game day, our family had the same experience we have had at Shute Shield matches this year, only the Shute Shield wasn't on so we went to an NRC game instead.

It's like Simon Cron said, we're all the same people. Rugby Australia should come clean on the NRC. It is not a reward for the best in club rugby but it is a valuable cog in the player development pathway, a chance for fans to watch their favourite players fight their way back to the top, and sometimes a good opportunity to remind yourself – jaded rugby correspondents included – how big the game is outside of our respective bubbles.