Dynamic Port Adelaide forward Chad Wingard wants a trade to Hawthorn if the right deal can be struck.

Promising young Hawthorn defender Ryan Burton, a South Australian, has emerged as a player of interest to Port Adelaide who could deliver Wingard to the Hawks. 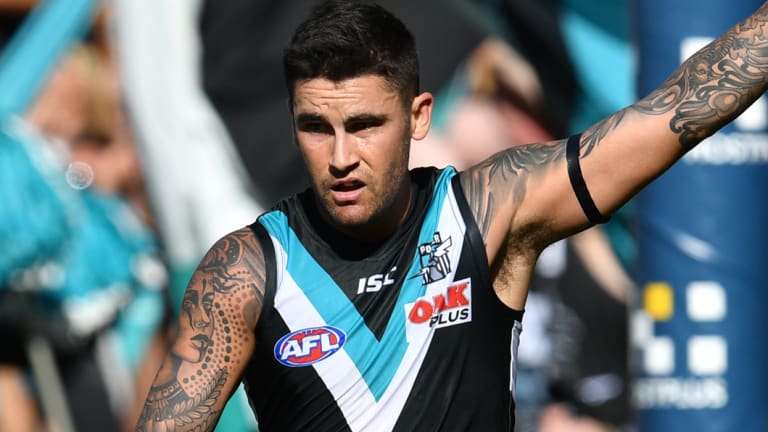 The clubs have discussed the possibility of Burton's involvement in a deal for Wingard and the Hawks have been made aware of Port's interest in the 2017 Rising Star nominee.

Wingard rejected an approach from the Western Bulldogs and has indicated a preference for the Hawks if a deal can be done between the Power and Hawthorn.

Hawthorn holds only pick 15 in the first round of this year's draft, making a deal for Wingard difficult.

Port will doubtless want more than that in a trade and Burton would clearly be a game changer.

Hawthorn had been in the frame for GWS midfielder Dylan Shiel but moved attentions to Wingard when the Giants player nominated Essendon as his preferred destination.

Hawthorn coach Alastair Clarkson is understood to have a high opinion of Wingard, who could become a virtual replacement for the retired Cyril Rioli.

The Power already hold a very strong draft position, having completed a pick swap with Fremantle that saw them end up with pick No.6 in the draft.

Port Adelaide football manager Chris Davies maintained that the Power would not facilitate the Wingard trade if the Hawks weren't able to provide satisfactory compensation.

"As we've mentioned from the beginning of the trade period, the only way that the Port Adelaide Football Club would consider a trade for Chad Wingard, is if Chad requested to explore his options at another club," he said in a statement.

"Chad has now informed us of his want to explore the opportunity that Hawthorn have presented him. However, he is also aware that unless an acceptable trade can be struck, that he will be playing for Port Adelaide in 2019.

"Unless Port Adelaide is suitably compensated, a trade will not happen."

In a statement, Hawthorn said: "Chad Wingard has informed the Hawks that he would like to be traded to the club during the 2018 NAB AFL Trade Period.

"As Wingard is still a contracted player with Port Adelaide, Hawthorn will now work with the Power to facilitate a trade in the coming days." 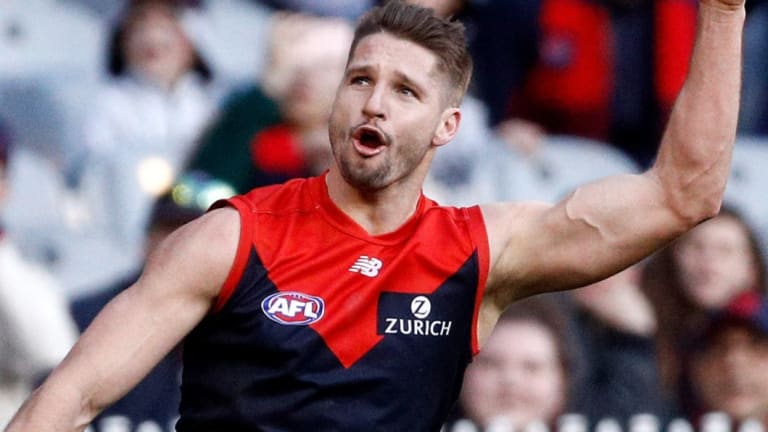 Fremantle have had a specialist look at Jesse Hogan’s foot.Credit:AAP

The Dockers offered pick 11 and their future second-round pick for Hogan. Melbourne was upset at the offer, believing Fremantle had courted Hogan for four years and had reached the point where he was attainable, but they had not followed through with what the Demons felt was a suitable offer.

Melbourne will only trade Hogan if they can get a draft pick high enough to be acceptable to the Gold Coast Suns in a trade for their key defender Steven May.

The Suns would not consider pick 11 for May given he is in contract and were he to decide to leave at the end of next year when his contract expires and he is a free agent then they would be in line for a compensation pick that would be significantly better than pick 11.

The Suns would get a first-round pick after their own first selection next year which on expectations would see them finishing comfortably in the bottom few clubs so their pick would be expected to be in the first few selections next year.

The Demons were frustrated then when Fremantle decided to trade their first pick – selection six – to Port Adelaide in exchange for pick 11 and later draft picks, as they had been negotiating in the belief pick six would unlock a Hogan trade.

Fremantle is insisting they will not part with contracted midfielder Lachie Neale, their best-and-fairest winner, who has asked for a trade to Brisbane. 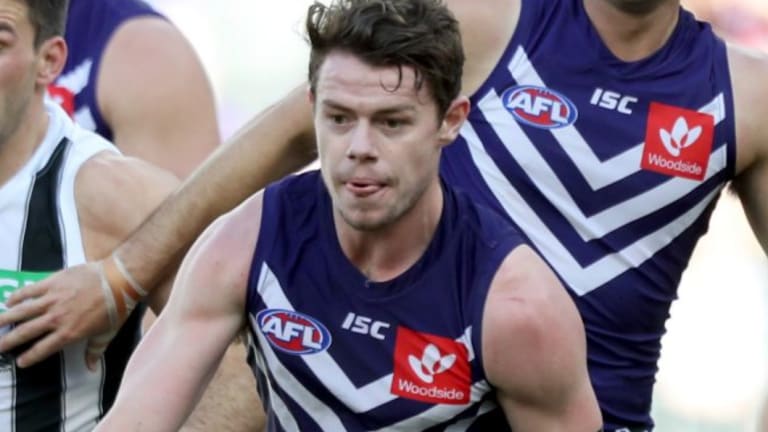 Brisbane's position is that they are happy to go to the draft with pick No.5 if Neale can't be secured in a deal, and that they also have the option of turning pick five into two first-round choices, with a number of clubs coveting the earlier pick.

Now they are holding firm that they will not trade for Neale. Clubs all expect the Dockers to eventually trade for pick five and that pick would end the Hogan-May impasse and enable those trades.

St Kilda and Sydney are closing in on a deal for Dan Hannebery, with Sydney's interest in Collingwood defender Tom Langdon having complicated the discussions.

The Swans have a large suite of picks – 26, 28, 33, 38 and 40, one or two of which could be used for a Langdon trade in the event that he decides to leave the Magpies, who have offered him a two-year deal on less money than Sydney's three-year offer.

Fremantle also has an interest in Langdon, along with their hopes of landing Hogan and Giant forward Rory Lobb.

Carlton and Greater Western Sydney have been in discussions about a deal for Giant midfielder Will Setterfield.

Geelong, thus far, has been unwilling to accept West Coast's offer of picks 20 and 22 for Tim Kelly, with the Cats wanting a lower pick in the first round.