Home » Sport » Winged birds: How a team of injured 'Collingwood Swans' would line up

"Welcome back to the SCG, and isn't this a cracker of a clash between the Swans and Magpies. There's been some great football, with Swans premiership stars Jarrad McVeigh and Kieren Jack finding plenty of the ball, while the Pies have been led by Adam Treloar, Jordan De Goey and Jamie Elliott … hang on, this isn't right – aren't they all injured?"

Unfortunately, that's the case, with the Pies and Swans battling injuries to a host of players heading into Saturday's blockbuster in Sydney. 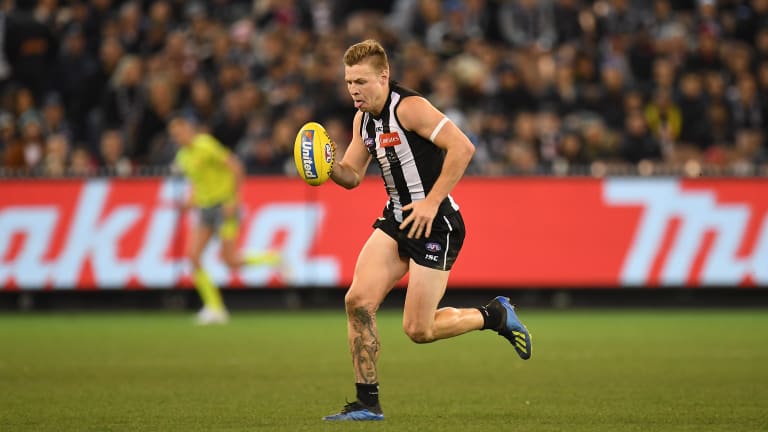 Jordan De Goey would be a certain starter in the combined team of injured players.

It's that time of the year when injuries can cruel premiership hopes, and Collingwood, despite sitting in third spot on the ladder, are dealing with that pain heading into the final month of the home-and-away campaign.

The Magpies had every chance of toppling league-leaders Richmond last Saturday but were left with only two fit men on the interchange after defenders Jeremy Howe (head knock) and Matthew Scharenberg (knee) were ruled out.

Howe, though, is set to play on Saturday, showing no ill signs of the accidental knee to the head he received from teammate Darcy Moore. He will need to prove his fitness at the main training session on Thursday but, according to football department chief Geoff Walsh, is "on track" to play.

"He has come up pretty well and will have the normal screening tests later in the week to ensure there are no lingering effects," Walsh said.

"We’re hopeful he will get clearance on that, and we’ll know that in the next 72 hours or so."

The Swans are hopeful former skipper Jarrad McVeigh (collarbone) and midfield hardnut Dan Hannebery (calf) will return this week but each must get through Thursday's training session. As we know, Lance Franklin has barely trained this season but the superstar forward will line up. 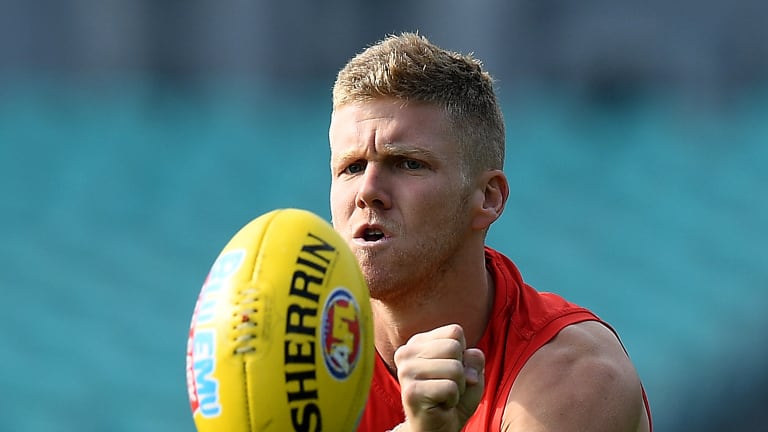 What is alarming for supporters of both teams, and even football fans in general, is the overall quality of talent on the sidelines. Dare one ask – could the "Collingwood Swans" topple strugglers Carlton,  Gold Coast Suns and Fremantle?

Among the wounded are Pies key defenders Scharenberg and Lynden Dunn, who have season-ending knee injuries; Daniel Wells, whose season is done; and Jamie Elliott, one of the best small forwards in the league, who has had his campaign cruelled by hamstring problems.

Match winner Jordan De Goey is battling bone stress in his lower leg but the Pies insist he could return against Brisbane in round 21. Others suggest his absence may be longer.

Coach Nathan Buckley has declared his team's resolve remains strong – we'll get a clearer picture of that through August.

The Swans have been missing eight of their best 22, including speedster Gary Rohan, nursing a broken hand, and Sam Reid, battling leg issues. Forgotten young defender Lewis Melican (hamstring) is seen as a key member of the Swans' backline over the next decade.

Injuries, however, can provide opportunity. When ruckman Sam Naismith's season was ruled over in March thanks to a serious knee injury, it was initially thought the Swans would struggle in the ruck, particularly as Kurt Tippett had retired. Instead, Callum Sinclair has enjoyed arguably his finest, certainly most consistent, season, and faces another enormous challenge on Saturday when he lines up against All-Australian contender Brodie Grundy.

THE COLLINGWOOD SWANS
How a combined injured team could look