When Lincoln Withers was pictured at a coaching clinic for a Woden Valley Rams under-8s team during his Canberra Raiders days 13 years ago, little did he know the kid to his right would one day be his teammate.

That kid was Sean Maloney, who has struck an impressive partnership with Withers to help the Rams to one of the club's best Canberra Raiders Cup campaigns in years. 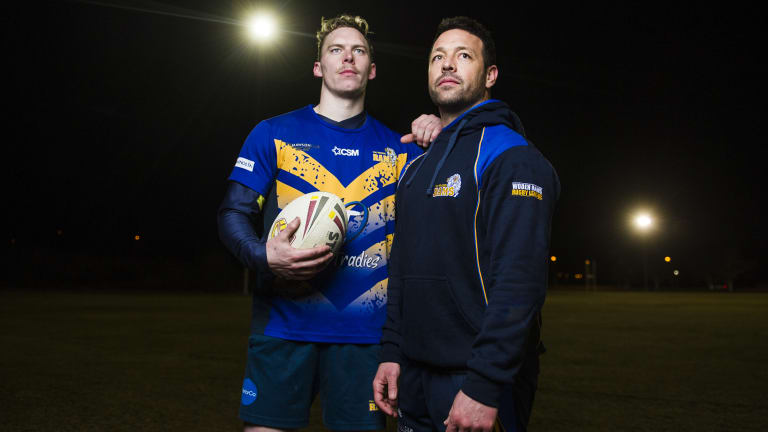 Sean Maloney’s partnership with Lincoln Withers has been a long time coming.

Together they will look to steer the Rams towards the finals when they face the Goulburn Bulldogs at Goulburn Arena on Saturday.

Playing alongside Maloney makes Withers feel every bit of his 37 years. The feeling would have been the same for the other ex-Raider at that coaching clinic – Queanbeyan Blues captain-coach Terry Campese – when the two sides met a fortnight ago.

"They brought the picture in while I was at training with a little photo of Seany when he was eight and I came down to training with Campo. He made me feel old," Withers said.

"Sean is a pretty good kid. When he came into this year he was more of a lock. Now he’s taking the role on at 6 really good.

"I’ve been impressed by him. He’s just come a long way and I think he’s got a long future in first grade if not further." 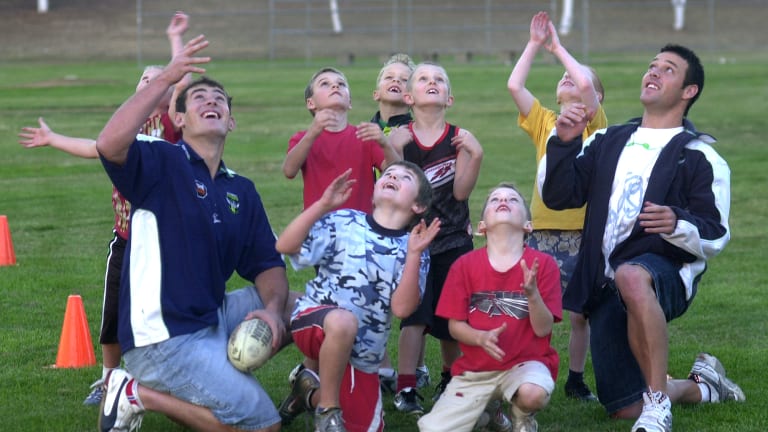 After 267 games across the NRL and Super League, Withers has loved being back where it all started to finish off his rugby league career.

His influence has been massive for a Woden outfit that has learnt how to win tight games as they ride a nine-game unbeaten streak.

"I’m really enjoying it back at the Rammies since it’s my junior club. My old man played and my kids play for them so it’s really enjoyable," Withers said.

"The Rams have been such a big part of my life when I was coming up and I’d gone with Rams all the way through.

"The boys have come a long way in confidence whereas when I first came [back] to the club, everyone was losing those games they were meant to win.

"Winning becomes a habit so when you get a feel for it, you just want to keep doing it. They’ve got a bit of belief in them now and match it with the bigger teams.

"I know we’ve got improvement in us which is really good. If we can put it all together we might be there at the end of the year which is brilliant for the team."

Maloney has treasured being able play with one of childhood heroes and the 20-year-old has plenty of confidence the Rams can match it with the best of them.

"It’s been an honour to play alongside him," Maloney said.

"He’s got a lot of experience and it makes my job a lot easier having him as a teammate. I think we’re all really excited to give the comp a good shake. We’re a pretty young squad but we’ve got a lot of belief in ourselves.

"We know that if we turn up and we play hard and prepare well that we can beat any team but it just comes down to it on the day. You can’t be complacent."