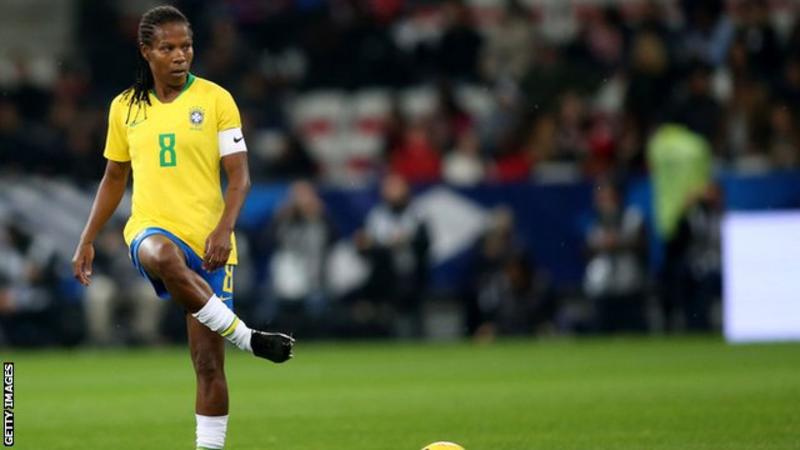 The midfielder was named in the squad for the women’s tournament in France.

The Paris St Germain star shares the record of six World Cups with Homare Sawa, who led Japan’s women to their World Cup triumph in 2011.

If Formiga plays in France, she will also become the oldest to appear in a women’s World Cup.

Formiga, whose first World Cup finals appearance came in 1995 as a 17-year-old, will be joined by several other well-known faces in the Brazil squad, including Marta, the six-times World Player of the year.

Marta is the top scorer in the history of the women’s World Cup with 15 goals.

Copa America champions Brazil have been drawn in Group C along with Jamaica, Italy and Australia with the tournament starting on June 7.

Although they have appeared in all seven Women’s World Cup tournaments, the South Americans have yet to lift the trophy, with their best performance coming as runners-up to Germany in China in 2007.

They are also heading to France under a cloud, having lost their last nine games, their worst-ever run.

Brazil are 10th in the world rankings, their lowest position since the ranking system began.

BBC Sport has launched #ChangeTheGame this summer, bringing more live free-to-air women’s sport across the BBC this summer than ever before. Complemented by our journalism, we are aiming to turn up the volume on women’s sport and alter perceptions. Find out more here.