Pickford returned from Russia as a national treasure. 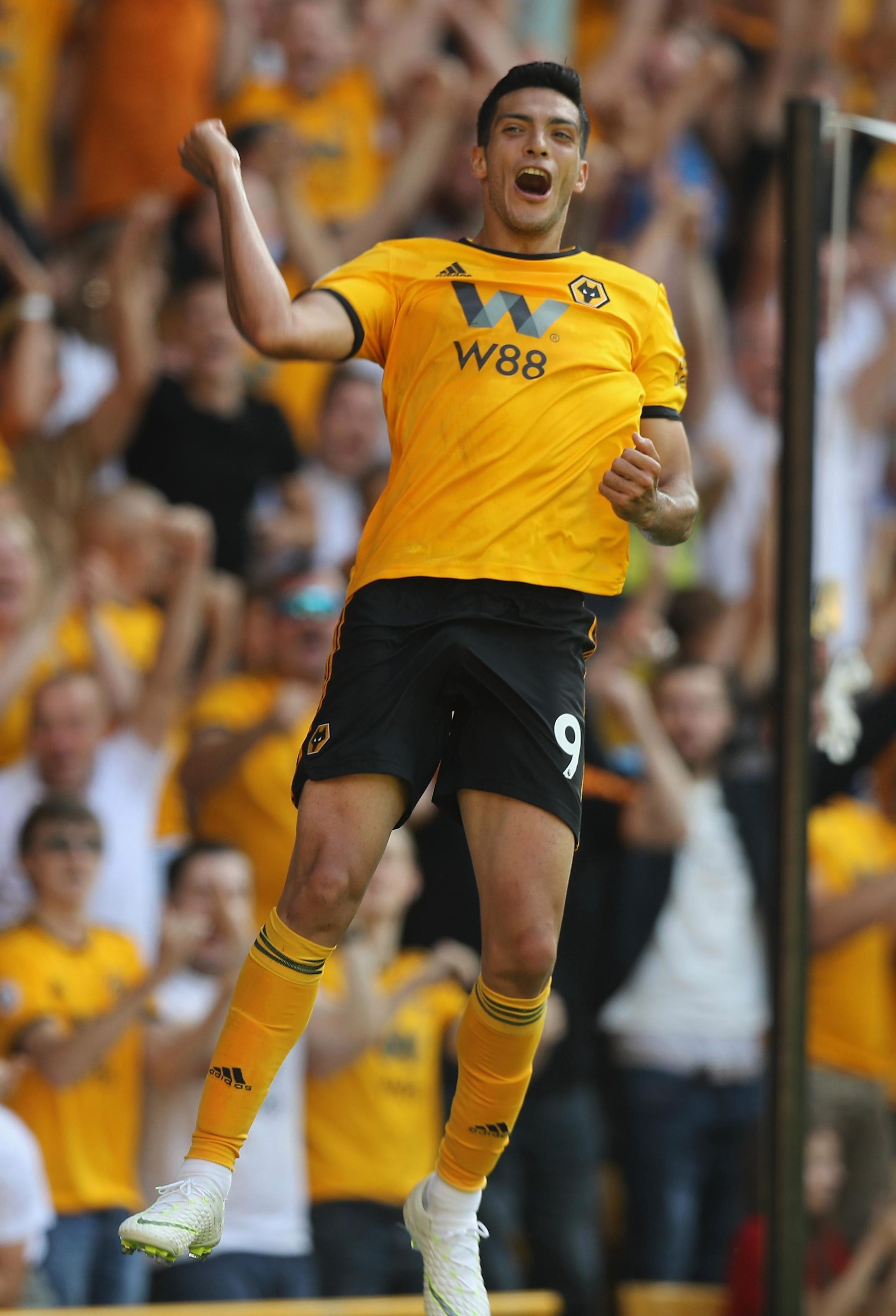 But England’s No 1 could be heading for an unexpected fall if Wolves’ WWE wrestling fan Raul Jimenez has his way.

The striker —  on loan from Benfica with a view to a £30million  deal — is a big devotee of Mexican star  Sin Cara, whose iconic masks have made him a  hit.

In last season’s Portuguese Super Cup final, Jimenez celebrated scoring Benfica’s decisive third goal against Vitoria Guimaraes by whipping out a Sin Cara- style mask from his shorts then pulling it over his head and   celebrating.

Now the man set to become the most expensive player in Mexican history is ready to SmackDown anyone who stands in Wolves’ way — and Pickford is first in line this evening. 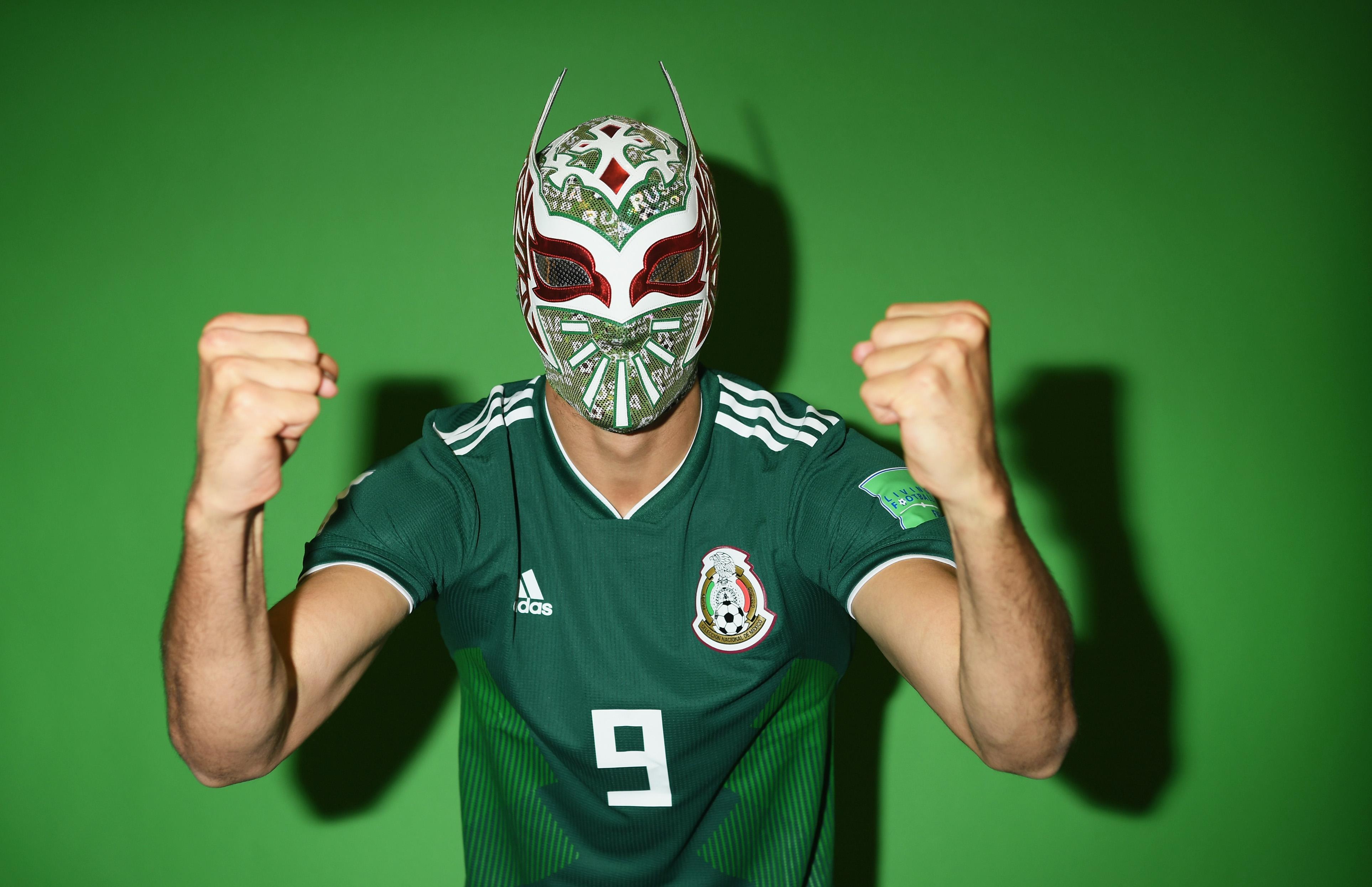 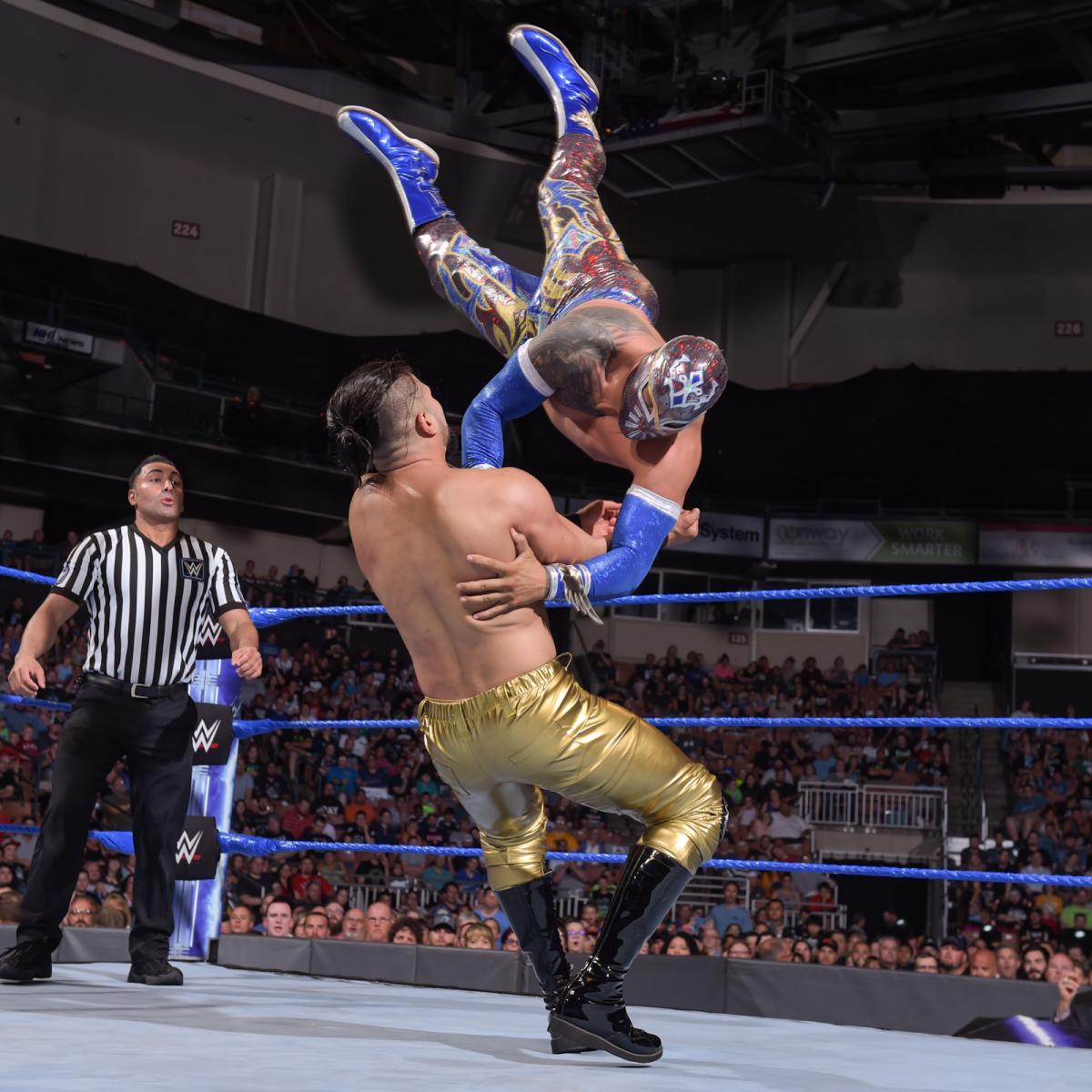 Jimenez, who featured for Mexico against Germany and Brazil in Russia, said:  “I know all about Pickford from the World Cup.

“He was really good in Russia — one of the best goalkeepers. But it doesn’t matter who is trying to stop me, I want to score on my Premier League debut.

ADVANCES WITH WOLVES They won the title 60 years ago but are the glory days back?

“I scored my first Wolves goal last Saturday as we beat Villarreal 2-1 — but that was a friendly. I’ve been working so hard in training all week because I want to open the season by scoring against Everton.”

Jimenez, however, is unlikely to mask up and risk getting on the wrong side of Portuguese boss Nuno Esprito Santo by picking up a yellow card on the opening weekend.

He does not want to spoil his big day. And that is because he has been head over heels in love with the Premier League since he was a kid. But the striker, 27, is even happier with his heels over his head.

In fact, Jimenez once scored with a bicycle kick which was so spectacular financial experts claimed it saved Mexico from spiralling into financial meltdown!

They were on the brink of missing out on the World Cup — and the associated economy boost — for the first time in 25 years after just one win from eight qualifiers for Brazil 2014. 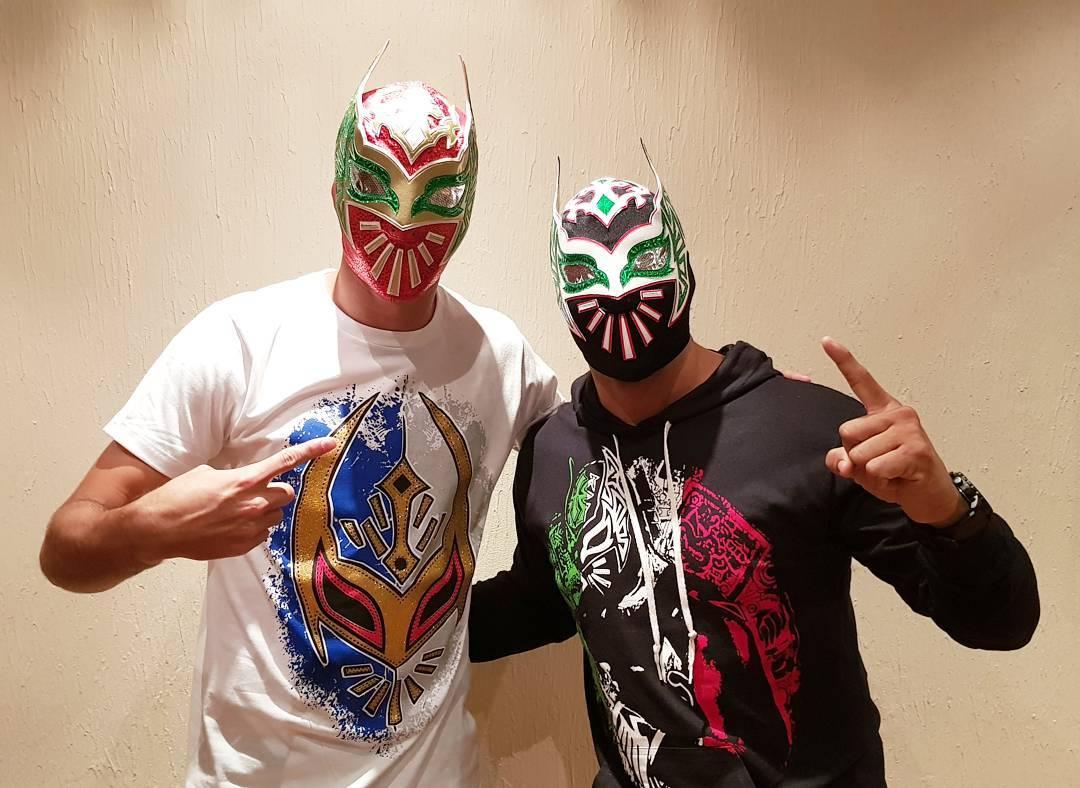 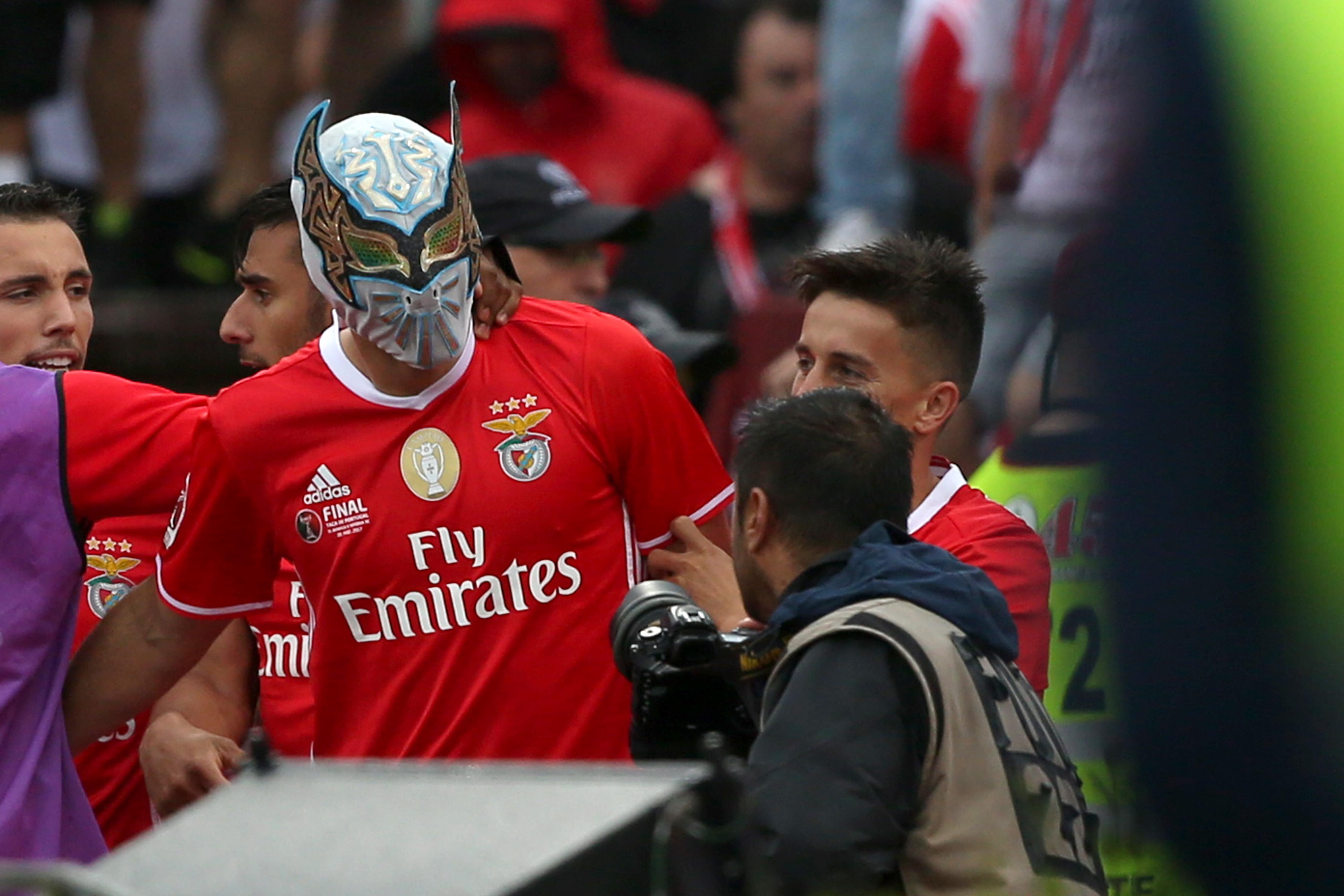 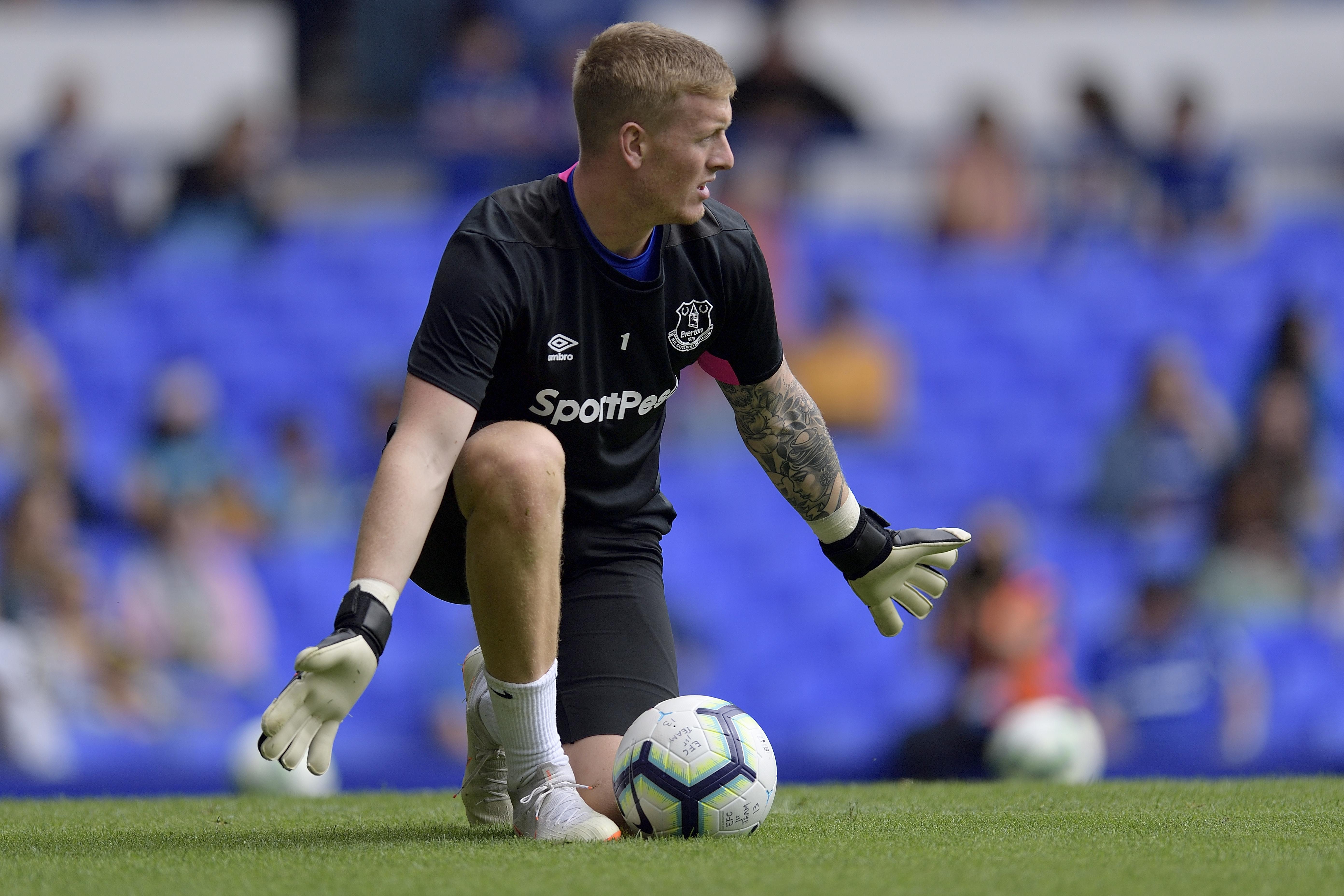 Mexico were drawing 1-1 with Panama at the Azteca Stadium when Jimenez was sent on with just seven minutes to go. He then scored an epic bicycle kick from 18 yards leading to Mexico’s revival and eventual qualification.

Jimenez said: “Yes, I scored a famous goal for Mexico against Panama which I am very proud of.

“Everyone in Mexico has heard of Hugo Sanchez, who was of course famous for his incredible bicycle-kick goals.

“Although I am too young to remember him playing for Real Madrid, he is the most-important player in Mexican history and I’ve seen his greatest goals on YouTube, which I like very much.

“I love to try bicycle kicks and Hugo Sanchez scored a lot, that’s why I admire him so much. When I was young I practised them a lot and I still like to try them during games these days. My ambition is to score a bicycle kick goal for Wolves in an important game in our wonderful home at Molineux.

“But it will be hard to beat my goal against Panama in a packed Azteca with so much depending on it.”

Jimenez played alongside superstar Antoine Griezmann, plus Mario Mandzukic and Fernando Torres at Atletico Madrid — but moved to Benfica after failing to get much game time in that kind of company. He was a huge hit with Benfica though.

Last season he either scored or created a goal every 72 minutes. Now he wants to become a big star in the Premier League.

He added: “I’m very proud to be playing in England — it’s a great time for the English game after the   World Cup they had.

“I’ve always watched the Premier League whichever country I’ve played in — Mexico, Spain, Portugal. There is always so much goalmouth action. Now I can experience it on the pitch rather than watching on TV.”

He added: “I will never forget Liverpool’s victory against Milan. That match was incredible. Liverpool became my Premier League team after that. Steven Gerrard was outstanding.

“What it taught me is that English teams play until the last second. They never give up.

“They always look to score the next goal — and then they defend the goal they have scored with their lives. But these days I am a Wolves fan of course!”