Home » Sport » WWE’s new 24/7 championship makes it 17 titles up for grabs, do they still matter?

THIS week WWE introduced the all-new 24/7 Championship. Taking its cue from the Attitude Era’s Hardcore title, it’s set to be defended anytime, anyplace, anywhere – 24 hours a day, 7 days a week.

Between Raw, SmackDown, NXT, and 205 Live, there are now 17 championships up for grabs in WWE – 10 on the main roster. 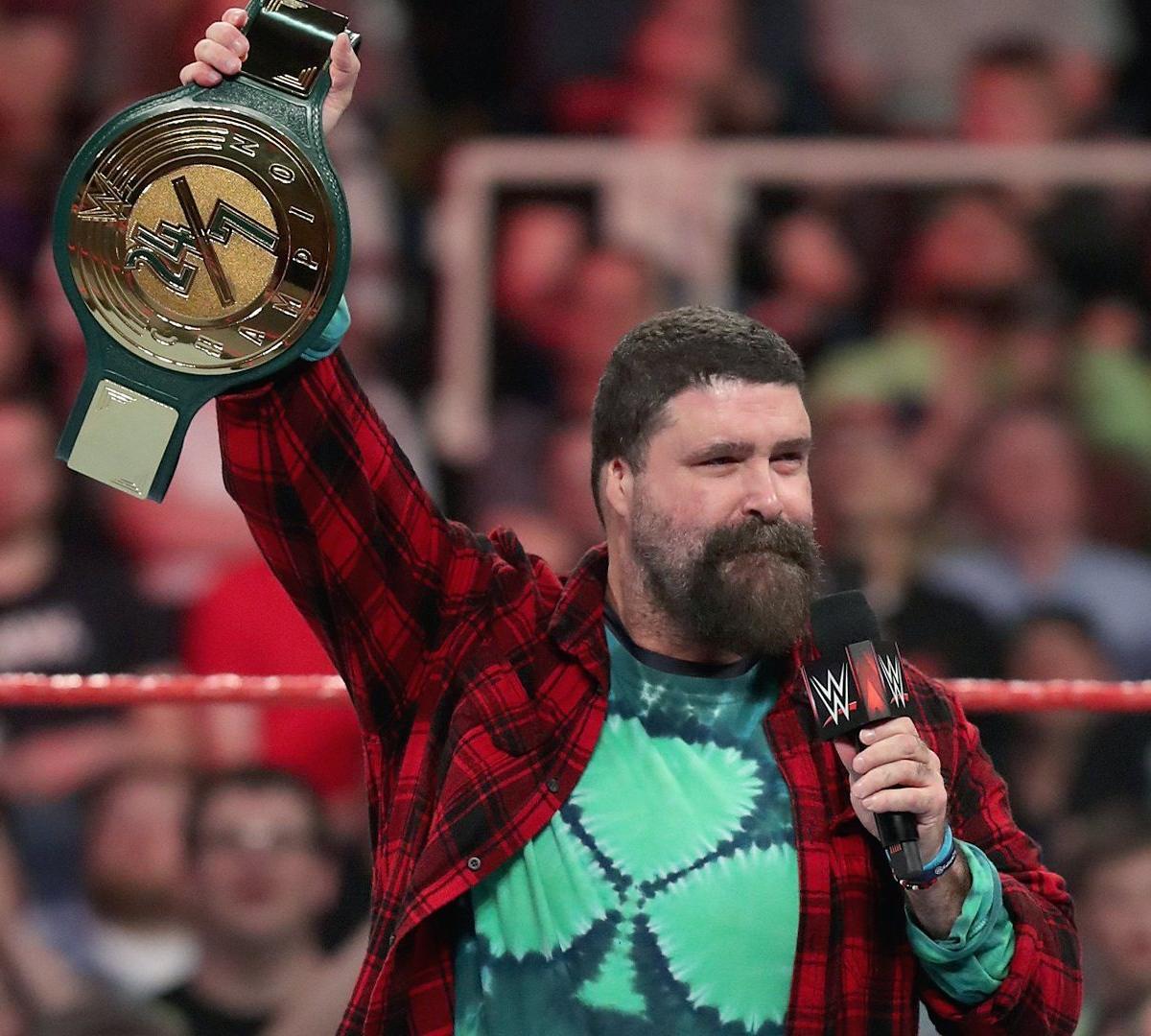 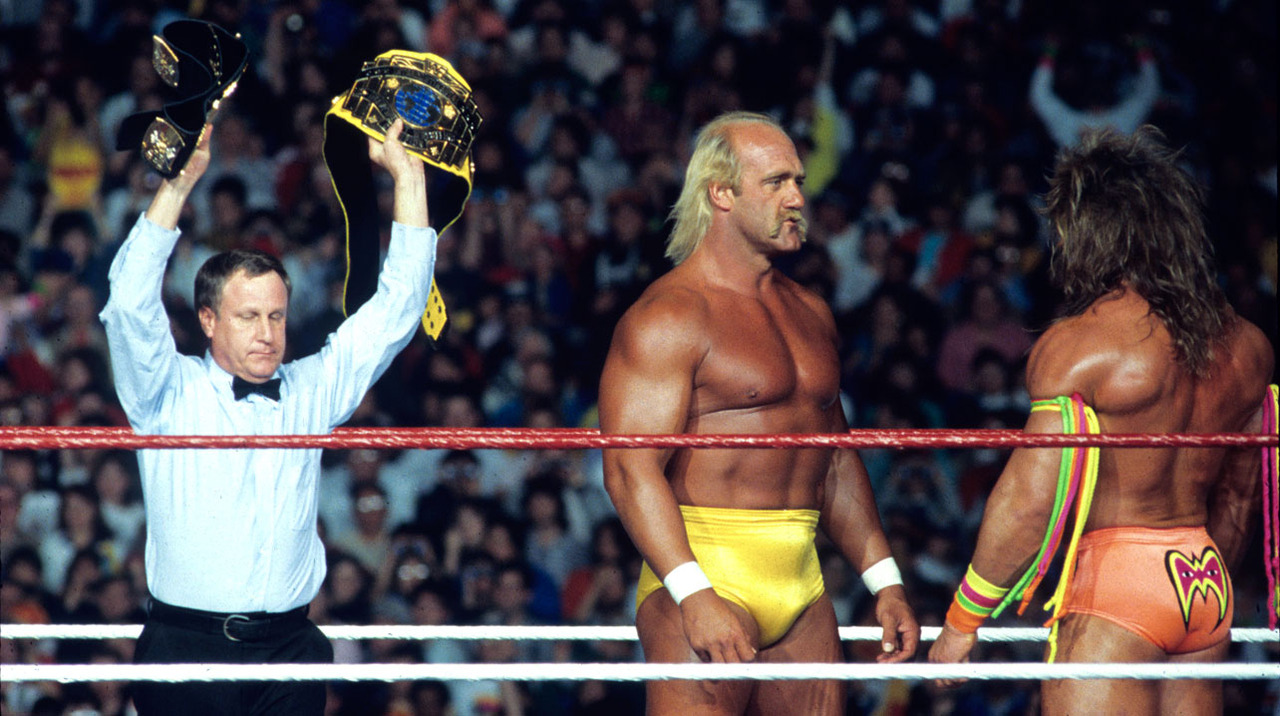 Jim Ross – now on board with rival promotion AEW – took a shot at WWE this week when he tweeted: “Titles have never meant less in pro wrestling at least in my career than they do now.”

Is Good Ol’ JR right? Do titles mean anything in WWE? And is the high number of belts damaging the product?

Contrast the current number of titles to the golden days of the Hulkamania and New Generation eras.

In those days there were three men’s championships – the World Championship, Intercontinental, and Tag Team Championship. (Plus sometimes a women’s title if WWE could be bothered.)

And with just four or five pay-per-views a year, championships were defended less often. Reigns lasted longer and the titles had real value.

Take the IC title as an example. Back then, being an Intercontinental Champion meant something. It was an indication that a superstar was destined for the World Championship – or at least the main event.

Look at the superstars that held the IC title. Randy Savage, Bret Hart, Shawn Michaels, Mr Perfect, Razor Ramon – all of their careers were defined or changed by IC title reigns.

Now the Intercontinental Championship is something tossed around to superstars who are usually milling aimlessly around the mid-card.

And look at the WWE Championship itself – supposedly the “richest prize in the game”.

Can the same really be said for Dean Ambrose, Jinder Mahal, and Bray Wyatt, who have all held the title in the past few years? 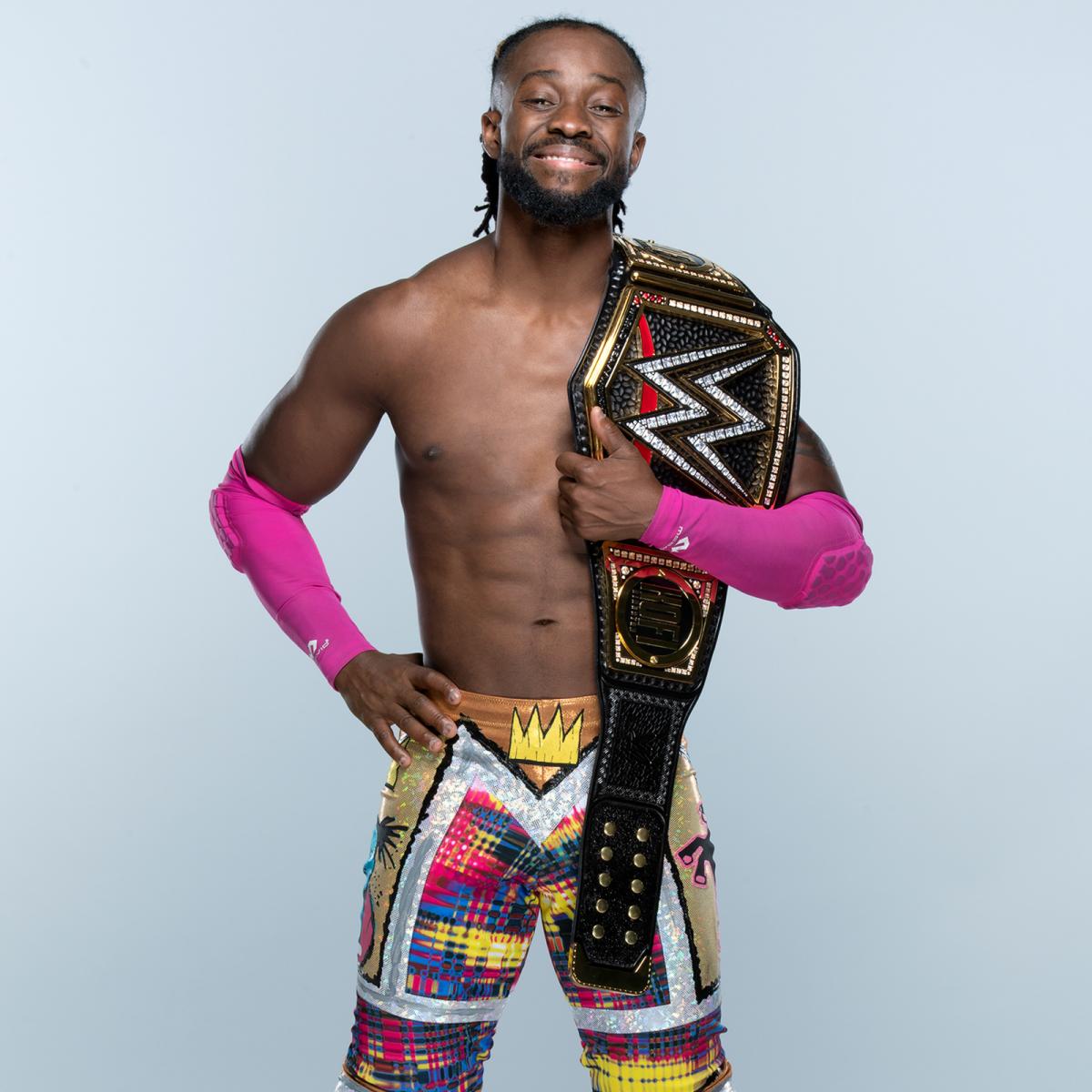 The WWE Championship was bumped down to a mid-card title as soon as WWE introduced the Universal Championship in summer 2016 – which has always been the problem with the brand split/two world titles concept.

Currently, Kofi Kingston is WWE Champion. He’s an incredible talent who has put in the years and paid his dues.

But there’s no way he’d be world champion if that belt still had the meaning and position on the card that it once did.

Elsewhere, the US Championship might as well be scrapped. At this stage, it’s absolutely worthless.

Also, having both Raw and SmackDown tag titles is overkill when WWE treats most of its tag division as second rate filler.

And beyond a handful of top tier female superstars, there’s isn’t enough depth in the women’s roster to justify having both Raw and SmackDown titles.

That was evidenced in the build up to WrestleMania. As WWE put all its energy into the Ronda Rousey v Becky Lynch v Charlotte Flair feud for the Raw title, SmackDown champ Asuka was an odd one out – a champion who somehow couldn’t find a spot on the Mania card.

In the end WWE just switched the SmackDown belt into the Ronda v Becky v Charlotte match and stuck Asuka in the pre-show battle royal.

Meanwhile, the new women’s tag championships quickly went from history-making to comedy afterthought after Sasha Banks and Bayley dropped the belts to The IIconics.

The IIconics are a highly entertaining act and there’s mileage in a storyline around them trying to avoid defending the belts.

But they haven’t even had a proper storyline of any kind since winning the titles at Mania.

When almost every match on the card is a championship match, how can championships actually mean anything?

Another problem is how often champions lose matches. The non-title match concept is lazy and counterproductive.

Champions should be the best of the best. But how can fans take these champs seriously as the best of anything when they lose on television week in, week out?

Samoa Joe, Finn Balor, Daniel Bryan and Rowan, and The Revival are all champions or former champs who have lost cleanly in TV matches in recent weeks and months.

The NXT and 205 Live brands can get away with their titles because they operate as separate brands.

And NXT products – both the US and UK versions – operate more like the Hulkamania era WWE, with just an hour of TV time each week and fewer PPV events.

The titles are defended less, the reigns are longer, and therefore the championships mean more.

For all the complaining about Brock Lesnar’s part-time status during his near two-year reign as Universal Champion, his sporadic appearances and rare title defences did make the Universal Championship the most sought after, highly valued belt in WWE.

Arguably, there is room for the new 24/7 Championship in WWE. It promises to be something different and distinct from the rest of the product.

The 24/7 title should play out mostly as backstage and social media comedy skits and could actually get some low-level talent over.

Vince McMahon has always wanted things to be bigger – just look at how WrestleMania has ballooned to a seven-hour spectacle. But sometimes less is more.

Scrap the US title. Ditch one set of the men’s tag belts. Unify the women’s championships. And with the brands now merging thanks to the wild card rule, do we really need both the WWE and Universal titles?

Instead of throwing belts on superstars to try and get them over, WWE should put the focus on storyline and character.

Fewer belts would give those storylines and characters something to drive towards – and ultimately increase the value of what championships it does have and the overall product.

And with AEW about to give WWE a run for its money creatively – with high profile TV time secured and top talents signed up to the rival promotion – WWE needs to focus on the value of its product more than ever.