The 26th annual AFL Rising Star award winner will be crowned on Friday, and looks to be a race in three. Here’s a look at the leading contenders.

A little more than nine months ago, Stephenson looked like he could be a huge draft slider as concerns emerged about a heart condition he was carrying. If the Magpies hadn’t grabbed him at pick six, it’s likely Stephenson would have fallen out of the top 10, where West Coast would have snaffled him. Pies fans should be grateful their recruiting department were courageous enough to chance their arm on Stephenson, for the freakish forward has starred like few teenagers do. Remarkably, he has played every game for the Pies this year, kicking 34 goals including a haul of five against Adelaide (at Adelaide Oval) and four on Queen’s Birthday Monday against Melbourne at the MCG. The Eastern Ranges product looms as something of a finals wildcard, with the story of his fairytale first season not yet complete. 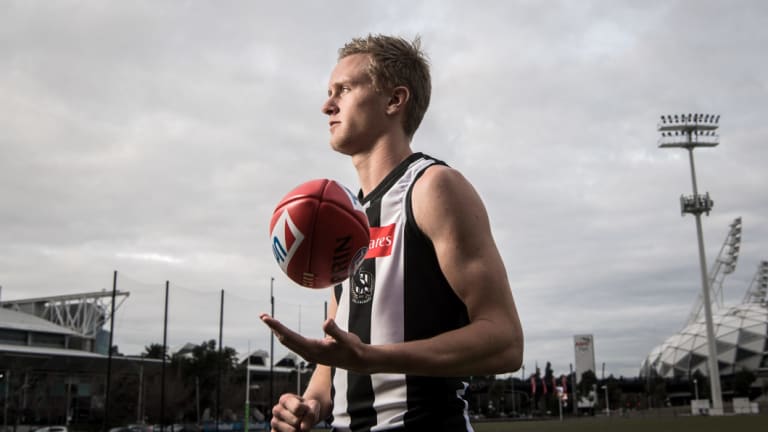 Jaidyn Stephenson has had a huge influence at Collingwood in his first season, playing all 22 of their games.

The Crows were copping their fair share of flak this time last year when Ryan Burton was in contention for the 2017 Rising Star award. After all, Adelaide had overlooked the South Australian in the 2015 draft, opting instead to select little-known Victorian Doedee, who didn’t appear at all at senior level in his first two seasons. Well, any concerns they may have had that the wrong call had been made were quickly allayed, with Doedee emerging as a dependable defender, effectively filling the gap left by Jake Lever. So much so that Crows full-back Daniel Talia cheekily suggested on radio only a month into the season that Doedee had outperformed Lever, who was traded to Melbourne at the end of last year. 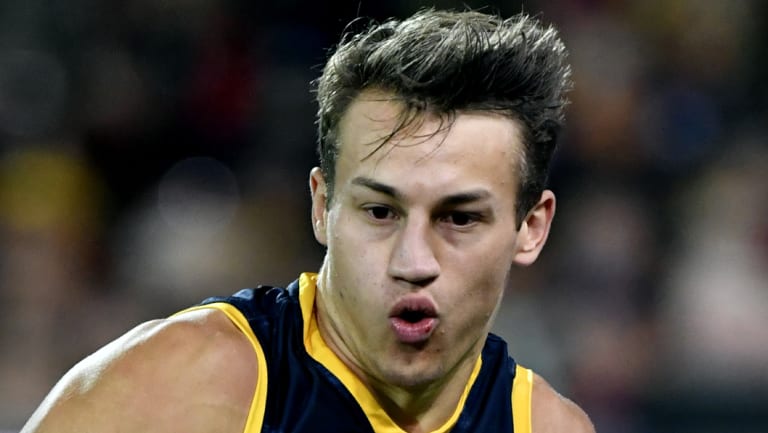 Tom Doedee has had a stellar season.

Witherden, like Doedee, was recruited from the TAC Cup’s Geelong Falcons. It is little surprise the Lions defender enters the award as one of the favourites, as he was a fancy for the title as early as November last year. There was good reason, too, as Witherden played nine games in his debut season of 2017, impressing with outstanding ball use in defence. He remained eligible for the award this year, and didn’t miss a beat, playing 21 games and continuing to find plenty of the ball. He could well be the Lions’ main defensive architect for years to come. 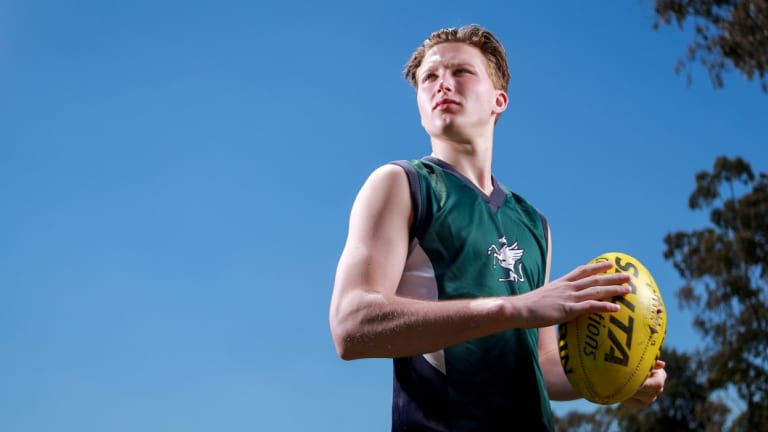 Alex Witherden was already being talked about as a potential winner last year.

And just in case you thought the Rising Star was the be all and end all, here’s a team of players from the last 25 years who were eligible for the award but were never nominated.

*Voss and Koutoufides both started their careers in 1992, before the award existed, but remained eligible in 1993.