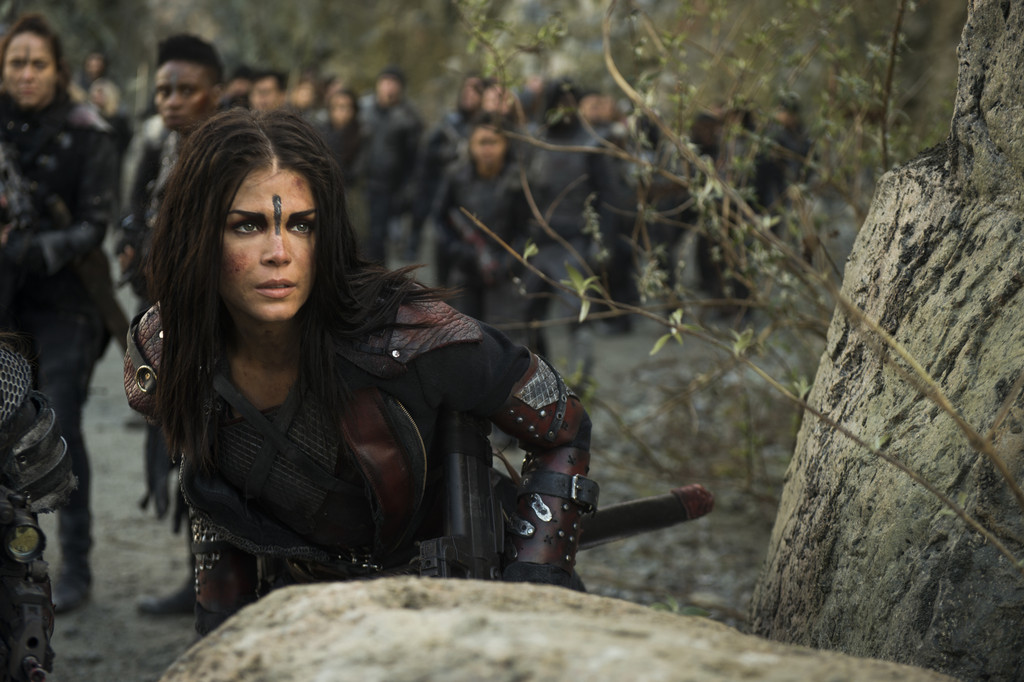 How’s everybody doing? You good? Got your jaw back where it should be?

Bob Morley promised that tonight’s finale of The 100 would take “a turn” and a turn it sure did take. Gone are the days where we fight for control over valleys. Gone is the valley itself, and gone are all of the characters from the no longer habitable earth.

Towards the end of tonight’s finale, McCreary, seeing that he was going to lose against Madi’s forces, decided to live up to all his asshole potential and unleash some prepared missiles on the valley, destroying it completely and forcing everyone to evacuate on a spaceship.

Clarke managed to kill him before he could also evacuate (and it was damn brutal), but otherwise everyone escaped with minimal losses of the minimal numbers they still had. Upon the spaceship, they realized the best way to save the dying Kane was to put him into cryo sleep, and then realized it was actually the best way to save everybody.

After some sad goodbyes and heartbreaking moments—like Bellamy telling Octavia that a part of him loved her, but a part of him wanted to kill her—everyone went to sleep for the next 10 years. Or so they thought.

Clarke and Bellamy were the first to wake, only to discover that they had been awakened by a young man they had never seen before. He explained that it had actually been 125 years since they had gone to sleep, and that his parents, Monty and Harper, had stayed behind to figure out where all of these people could live. 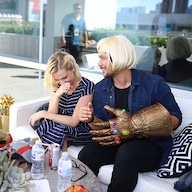 The 100, Wynonna Earp Riverdale and All Your TV Favorites at Comic-Con 2018

All alone in that spaceship (Passengers, anyone?), Monty and Harper somehow had a son, raised him to 28 years old, then put him into cryo sleep while they lived out the rest of their lives on the ship. Harper got sick and died, but Monty lived to very old age and managed to find a new planet that he believed everyone could safely live on.

No lie, we watched these final scenes five or more times, trying to wrap our head around what just happened, and once we got on the phone with Jason Rothenberg, we just sort of…sputtered. But we at least managed to get a few important details about what’s coming up in season six. 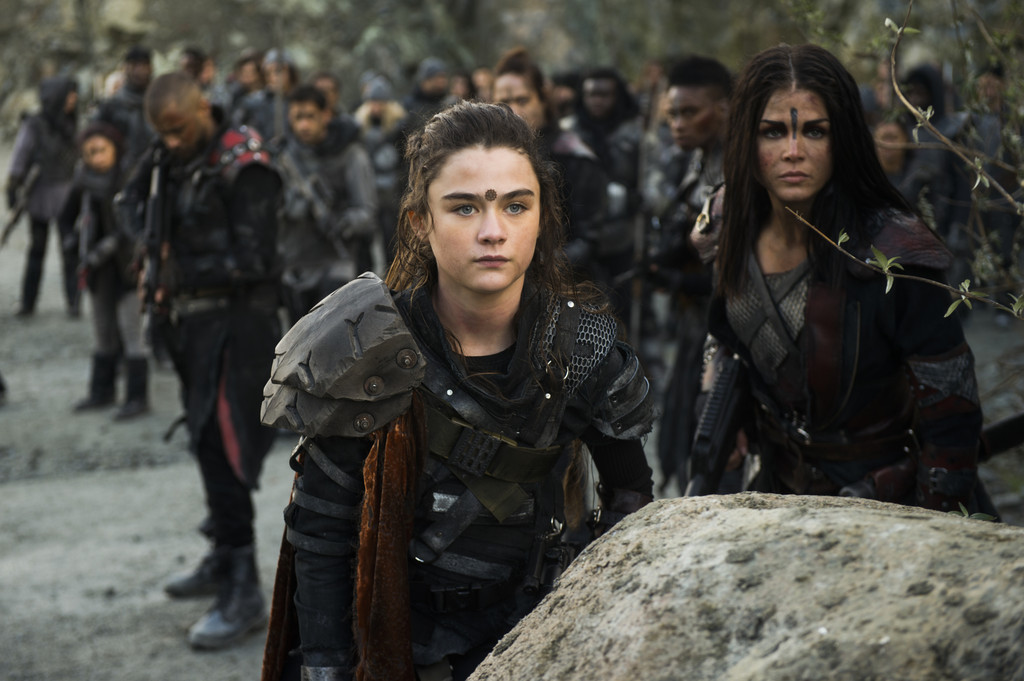 Rothenberg says that he and the show’s writers like to figure out the worst case scenario and then force it to play out. Season five was all about people fighting for one piece of land while also trying not to destroy it, which on The 100 means there was only one thing they could do.

“We realized…we gotta f–king follow through with it,” he said. “And then when we started to think of it in those terms it really was exciting for me to think about, okay what’s the next, not even chapter, what’s the next book of this adventure? And the idea of taking these characters that we love so much and putting them on a new planet with a new everything, you know, they’re not in Kansas anymore, you know, they’re not on Earth anymore. And it’s going to be a wild new, emotional, I think, crazy adventure, very hardcore sci-fi, which I’m excited about as well. And so, you know, to keep it fresh we always change it up. Obviously every season is very, very different. Season 5 was quite a big sort of refreshing of the story with the six year time jump and now we’ve gone ahead and said, like, you know, pshh that was nothing compared to what you’re about to see.” 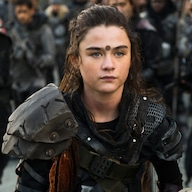 The 100 Season 5 Finale: You Can Probably Bet Against a Total Happy Ending

The Sky’s the Limit

This new planet could look like pretty much anything the writers can imagine, though it’s not totally different from Earth. It’s also got creatures!

“It’s an Earth-like planet, we’ve seen it from space. It will pack many, many surprises, the creatures that we encounter are not things that would’ve been on Earth. You know, the threats and the mysteries, it’s just endless, you know, the sky’s literally the limit as far as what we can and hopefully will encounter. You know, it’s survivable to humans, so it has to have a certain…as Monty says it’s in the Goldilocks zone of binary star system. So we know there’s two stars, we know there’s water and land and trees based on what we’ve seen from space. The rest is going to be revealed, obviously, as they touch down in season six.” 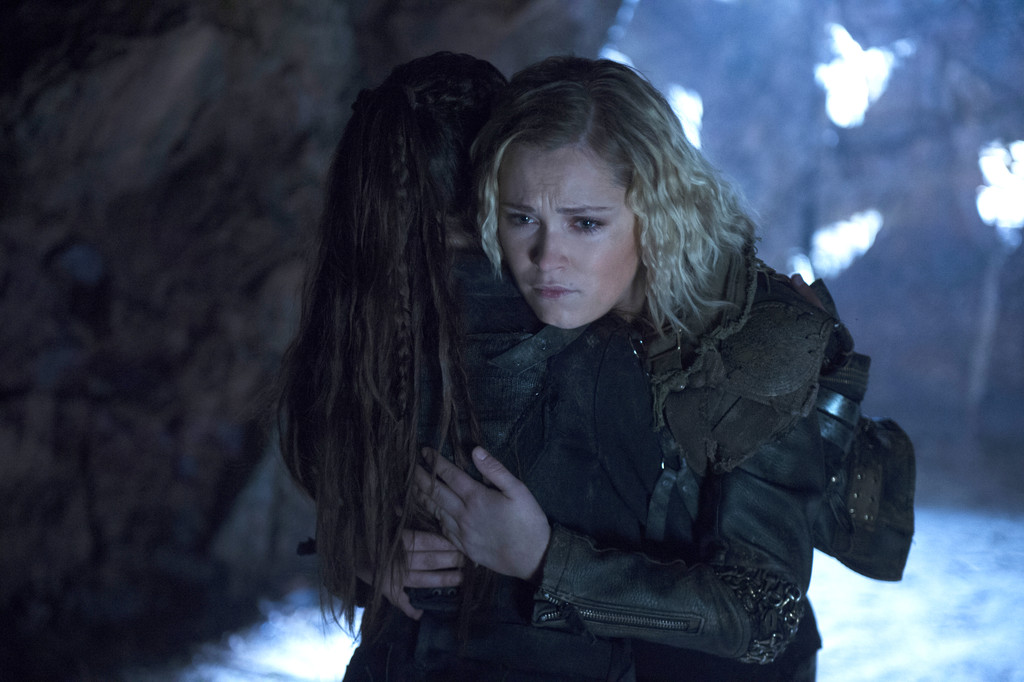 Monty and Harper’s son Jordan (named after Jasper Jordan, of course) is a regular in season six, and Rothenberg says he “carries their hope.”

“Their child obviously is a blank slate, he’s never left that ship, he’s had zero experiences, the first people he’s ever talked to other than mom and dad are Clarke and Bellamy in the final act of the finale and so, you know, everything he does is going to be new,” Rothenberg says. “Everything he tastes, he’s only had Monty’s algae, you know, everything he drinks, everything he sees, everywhere he steps it’s, you know, it’s gonna be a first for all of them because none of them have been to this world before, but this is a guy who’s never been off that spaceship before. So I’m excited to experiment with that and play with that and, you know, there’s a fun potential Murphy as the bad uncle storyline, who like corrupts his nephew.” 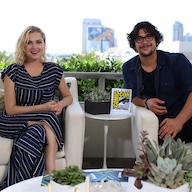 Cryo essentially freezes everything in time, so nothing will have changed in terms of relationships when everyone wakes up.

“It’s ironic that even though it’s a way, way longer time jump, for them it was like going to bed the night before and waking up the next day,” Rothenberg says. “So you know, all of the stuff that lingers at the end of season 5 between Bellamy and Octavia, for instance, is still there in a big way in season 6 as we start. That is a relationship that is in trouble and needs to, you know, find a new normal.”

“All the relationships that are broken are still broken and are in need of repair and some will get repaired and others might not,” he continued. 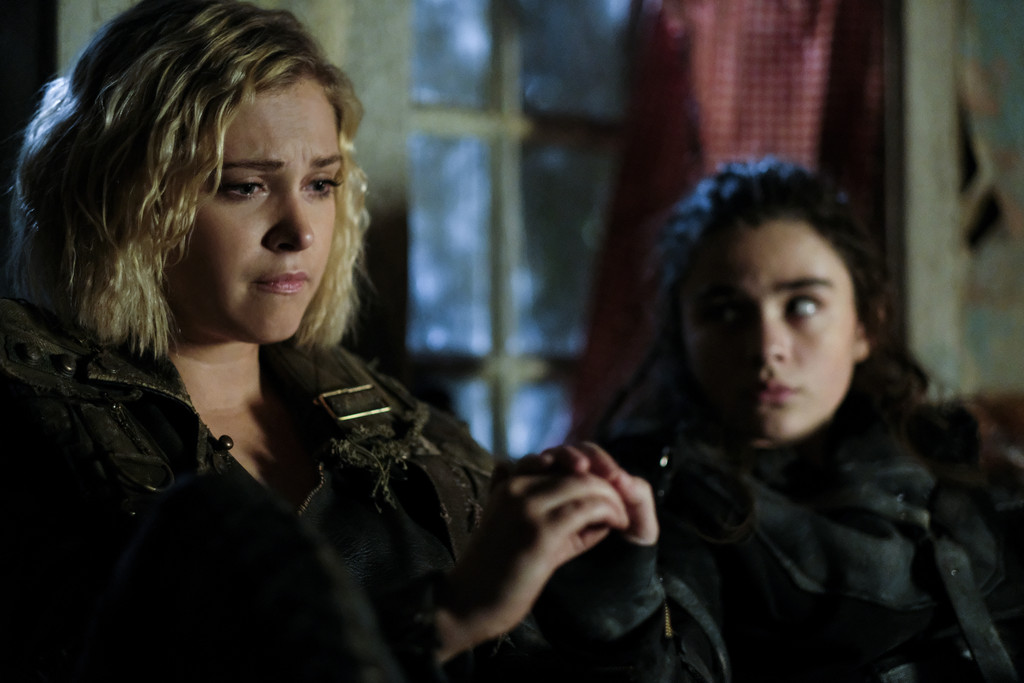 “A lot of what Monty [said] in his video talking about wanting them to do better, hoping that they can do better this time, be the good guys, they’re going to internalize that. Clarke especially, she’s really driven as the season starts to do right by…his sacrifice for all of them.”

“Obviously Clarke made a few, I don’t know, some people might say mistakes, certainly broke a few eggs relationship wise as she was protecting her child and those are going to come back to haunt her too. So as much as she wants to do the right thing and be a good guy and sort of turn the page on everything and have this new world be a fresh start, you know, it’s going to be hard to escape the things that she’s done and we don’t often let people just sort of, you know, things that happen on the show leave a mark. And so it’ll take work.” 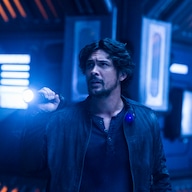 …But She’s Still a Mom

“I think she’ll probably realize that she maybe lost it a little bit in the sense of, she was going to extreme measures to protect her child, a lot of which was to keep that flame away from her and, you know, once it was in her, it was something that she felt betrayed by Bellamy over,” Rothenberg explains of Clarke’s mindset. “A lot of that sort of—I don’t know what to call it, but a lot of that, sort of emotional resistance to the flame was a result of having lost Lexa in the way that she did too. And of course Madi was hidden her whole life by her parents prior to Praimfaya from the flame keepers and yet was drawn, sort of, to it, you know, like a moth to a flame. And so it was her destiny on so many levels to become the next commander.”

“Yeah, I think Clarke will regret some of the choices she made and hopefully be able to earn forgiveness from the people that were hurt by the choices that she made. That said, you know, it’s her child and she still wants to keep that child safe. She has, you’re right, let her go and let her make her own choices, but as any parent knows, you know, it’s hard to sit on the sidelines and watch, if you think your kid is doing something that is going to put them in harm’s way. That doesn’t just go away either.” 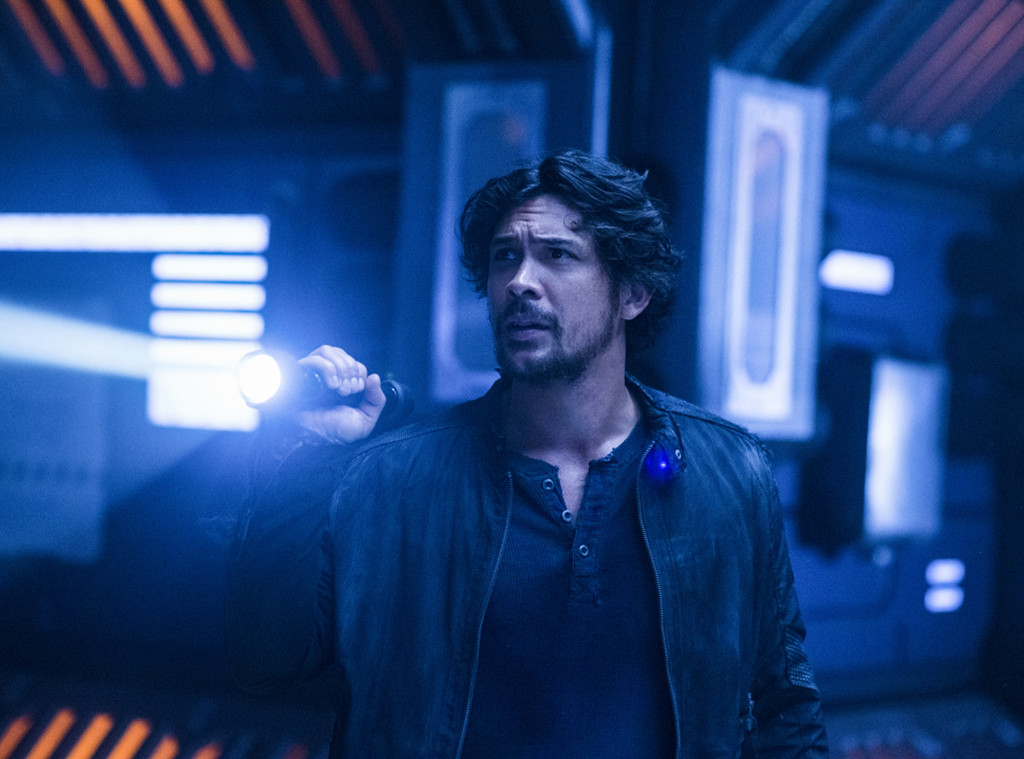 “Well what I’ll say is it’s unlike any story we’ve ever told before it’s really a totally new world, pun intended, and that means, you know, we want to try to even explore new themes,” Rothenberg teases. “I mean it’s a new world with new challenges and part of it is exploring that new world and finding out what these mysteries are. And they’re not going to be like the Grounders part two, it’s a very, very different world that the show’s going to unfold in, with characters that we love and that’s what I’m excited about it’s like literally book two of, you know, the adventures of Clarke, Bellamy, Raven, Murphy, et. Al, you know. And that’s what’s exciting for me creatively and keeps it fresh for me creatively and hopefully the audience will go for that ride with us.”