Warning: Contains spoilers for Ant-Man and The Wasp

After the huge, joined up storytelling of Avengers: Infinity War, Ant-Man and The Wasp is much more of a standalone tale that just focuses on Hope van Dyne (Evangeline Lilly) and Scott Lang (Paul Rudd).

But this wouldn’t be a Marvel Cinematic Universe film without some cheeky nods to the the other movies, the comics and the wider pop-culture world, would it? Here are the best Easter eggs from Peyton Reed’s Ant-Man sequel. 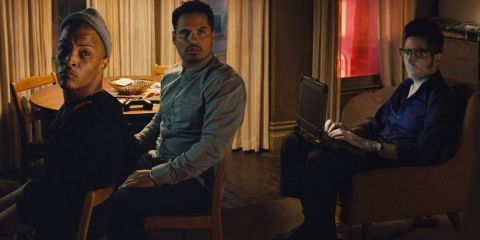 In Ant-Man and The Wasp we discover that Scott Lang and his pals Luis (Michael Peña), Dave (Tip ‘TI’ Harris) and Kurt (David Dastmalchian) have opened a firm installing hi-tech building security. The name of their company – X-Con Security Consultants – has to be the boldest (but perhaps not most wise) pun of all time, as they are literally ex-cons who met in prison. 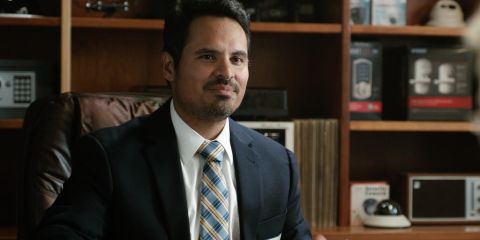 When Luis is dosed with truth serum, he goes on a long and random monologue in which, at one point, he reveals that his abuela (his grandma) was a huge Morrissey fan, who owned a jukebox that only played the Smiths frontman’s hits.

Later in the film, Luis calls Scott, and his personalised ringtone is revealed to be Morrissey’s ‘Everyday is Like Sunday’. 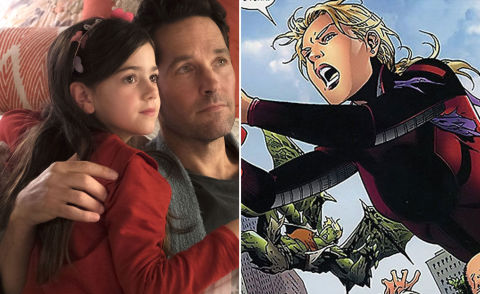 Scott’s young daughter Cassie (Abby Ryder Fortson) is pretty wise for a little girl, and she really wants to team up and “help people like my dad”. Well in the comics she does become a superhero – the size-changing Young Avenger, Stature. There are even rumours that Blended actress Emma Fuhrmann will portray an older version of Cassie Lang in Avengers 4. 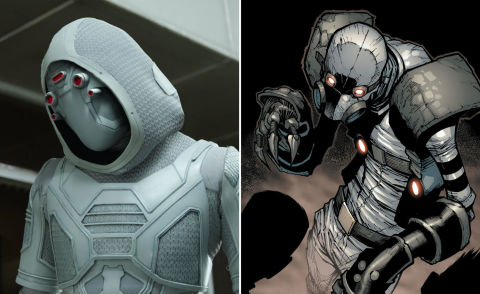 Ant-Man and The Wasp‘s antagonist Ghost has a long history as a Marvel villain, although the film makes some big changes to her backstory. The original version was created in 1987 as an industrial saboteur who could phase through solid objects. The character was also male, and claimed to be a former data engineer who used phasing ‘GhostTech’ to embark on a life of crime.

Ghost’s identity as ‘Ava Starr’ is entirely new to the character, although she does have a surprising connection to another Marvel villain… 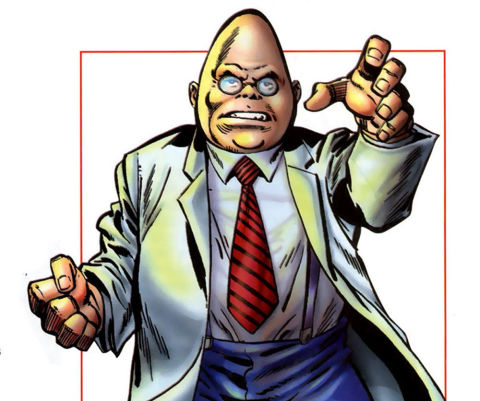 The movie’s version of Ghost is the daughter of Elihas Starr, a scientist who may or may not have betrayed Hank Pym before embarking on his own, disastrous experiments.

In the comics, Elihas Starr is the long-time foe of Ant-Man – a criminal genius known as ‘Egghead’, although Ant-Man and The Wasp didn’t force actor Michael Cerveris to wear a pointy prosthetic headpiece for the role. 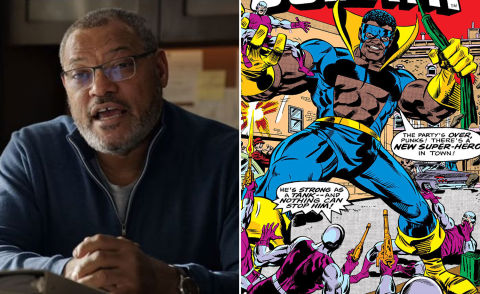 We are introduced to another former associate of Hank’s – Bill Foster, a former SHIELD agent played by Laurence Fishburne. (What is it with Hank Pym falling out with all of his collaborators?) The film reveals that Bill was an early test subject in experiments using Pym Particles to grow a person rather than shrink them. In the comics, he used those powers as the superhero Goliath (or sometimes ‘Black Goliath’, because it was the ’70s).

This isn’t the first nod to Bill’s history either. In Iron Man 2, Tony Stark asked JARVIS for information relating to “Projects PEGASUS, EXODUS, and GOLIATH”. (Project PEGASUS was the name of SHIELD’s experiments on the Tesseract, although Project EXODUS remains a mystery.) 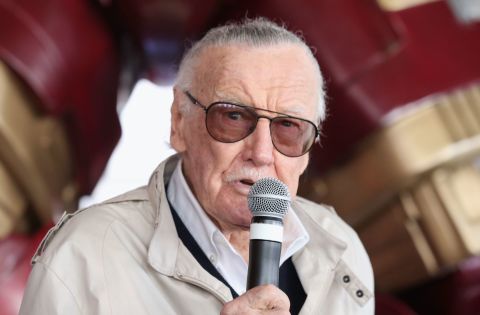 Ant-Man and The Wasp‘s 95-year-old co-creator Stan Lee has a brief cameo in the movie, naturally. He plays a man in San Francisco who is baffled by the sudden shrinking of his car – an unintended victim of the car chase through the streets of the city in pursuit of Hank’s lab. 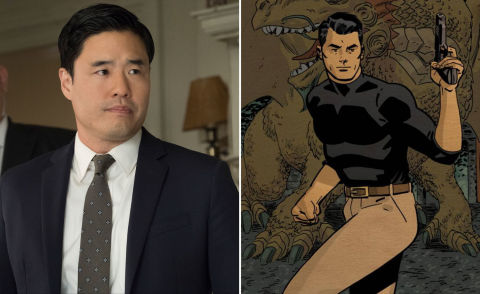 Randall Park plays the somewhat goofy FBI agent who may or may not want to take Scott out for dinner. The character of Agent James Woo is actually older than Marvel Comics itself, having originated in 1956 in Yellow Claw #1, published by Marvel precursor Atlas Comics.

Woo became an associate of Nick Fury in the ’60s, and eventually a member of the Agents of Atlas – a team of superheroes created by Atlas Comics. 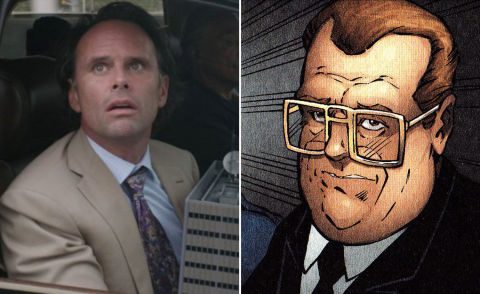 Walton Goggins plays Sonny Burch, a criminal with links to the black market who double crosses our heroes and attempts to steal Hank’s laboratory with its Quantum Tunnel.

In the comics he’s the former chairman of Cross Technologies, the company founded by Darren Cross, the villain of the first Ant-Man film. 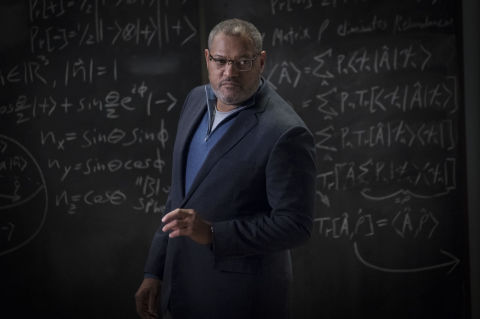 Let’s not pretend we don’t think of Laurence Fishburne first and foremost as Morpheus from The Matrix. Someone working on Ant-Man and The Wasp certainly does, as the word ‘matrix’ is written on the blackboard in Bill Foster’s lecture theatre. 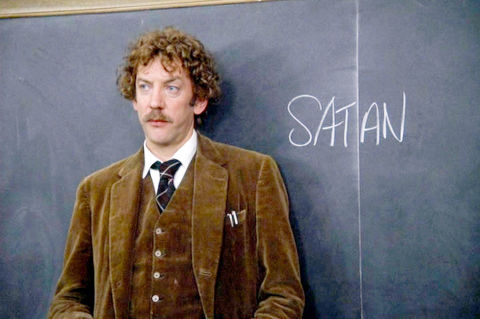 While Scott is under house arrest, we catch a glimpse of him watching National Lampoon’s Animal House – a scene in which Donald Sutherland’s professor gets his students stoned and they discuss the nature of the universe in a very Ant-Man and The Wasp-y way:

“Could be one little tiny universe.”

Ant-Man and The Wasp is out now in the UK and US. Book tickets here.