Actor Michael Parr burst on to our screens as Emmerdale‘s bad apple Ross Barton back in 2013. Since then, the star has been winning hearts, critical acclaim and a handful of awards for his standout performance.

By Ross’s standards, he’s had a relatively quiet past couple of years in the show, but this week he’s going to find himself at the centre of the action when he becomes the victim of a savage acid attack in a case of mistaken identity. The harrowing and hard-hitting storyline has been researched carefully by the Emmerdale team, and Mike has spoken about his desire to do the plot justice.

It seems we’re going to be seeing a lot more of Ross on our screens in the coming months, so we thought it was only right to share 11 interesting facts about the man who plays him. Here goes…

The actor was born in St Helens in Merseyside on August 6, 1986, making him a Leo and a Lancastrian. But he also has foreign blood. Michael’s mum Glenda is actually American, meaning that he holds dual US and British nationality.

So if the star ever decided to depart the Dales and head over the Atlantic to the bright lights of Hollywood, he’d be able to work in America without requiring a Green Card. Don’t get any ideas, Mike, we’re not ready to lose you just yet!

2. He used to be a teaching assistant 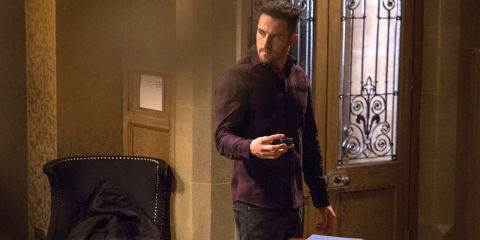 In the days before he realised his acting dreams, Michael worked as a teaching assistant for teenagers with learning difficulties. The down-to-earth actor credits this demanding role as giving him real grounding in life.

“Playing Ross is a walk in the park compared to that job,” he revealed during an interview back in 2015. “Working with kids with special needs required a lot of patience. Every day is new to those guys, but I learnt a lot from them – I’d have much rather done that than work in bars.” We’re sure he’d have pulled a cracking pint, though!

3. He starred in another soap before Emmerdale 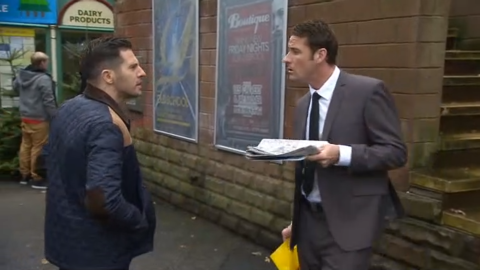 After graduating from the East 15 Acting School in Essex, Michael’s acting career began with small roles in Good Cop and Inside Men. He also dipped his toe into the world of soap in 2012, when he appeared in a single episode of Hollyoaks as homophobe Billy Parker, who is Leah Barnes’s biological dad. Remember him? Nope, we don’t either.

The following year, Emmerdale offered Michael the role of Ross Barton, but how different might things have been if ‘Oaks had decided to make his role a regular one?

4. He doesn’t mind a healthy dose of criticism 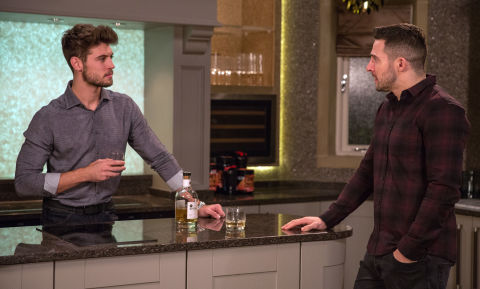 Michael freely admits that he’s his own worst critic, but doesn’t mind having a bit of bants with others on social media, even if that means replying to his haters. “Weirdly enough, I do enjoy the negative comments,” he revealed. “I get people mocking me on Twitter by saying, for instance, ‘How much gel do you use in your hair?’, and I always like to reply and get them on board.”

But he’s less comfortable with accepting praise, saying: “The one thing is I could never do is retweet compliments.” If you want to follow modest Mike, his Twitter account is @MikeParrActor. 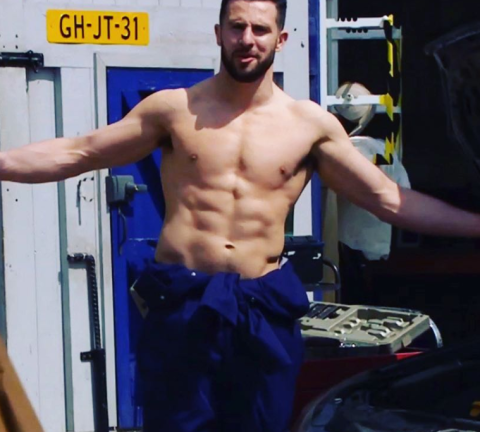 Those of us lucky enough to witness a topless Ross scene won’t have failed to notice Michael’s got a pretty buff body going on underneath his character’s overalls. Back in 2015, in preparation for his storyline where Ross became a bare-knuckle fighter, fitness fan Mike opted to up his hours training in the gym, but ended up dislocating his shoulder after lifting a super heavy weight! What’s that they say? No pain, no gain.

Coincidentally, it wasn’t the first fist fight Michael had filmed – he also played a boxer in the short film Queensbury Rules.

And a tune from one of the world’s most famous musicals at that! Multi-talented Michael wowed audiences when he appeared in ITV’s All Star Musicals last Christmas, transforming into Monsieur Thenardier and delivering an incredible rendition of the iconic ‘Master of the House’ from Les Miserables.

Michael, along with other stars such as Sir Tony Robinson and Coronation Street‘s Lucy Fallon, were given guidance by West End legend Michael Crawford ahead of their performances. Michael described his soap star student as having ‘a strong voice, and great musicality’, and we have to say we agree – Mike totally smashed it. 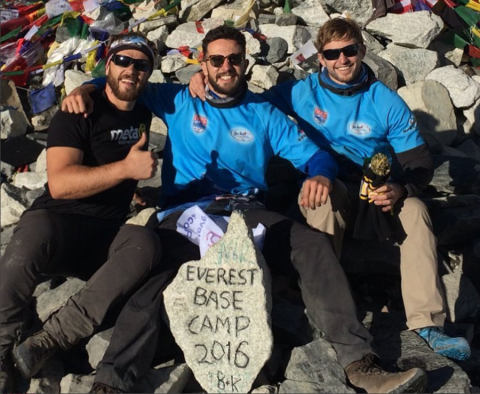 How many people can say they’ve reached the base camp of the earth’s highest mountain? In October 2016, Michael completed the gruelling climb with 40 other people in the name of charity, to raise funds for the Steve Prescott foundation. Following their momentous accomplishment, an emotional Michael posted a picture on his Instagram account of the group at their destination.

In the caption he wrote: “I’m not gonna lie this was the hardest thing I’ve ever done. Yes I cried and yes I thought I was gonna quit on multiple occasions.” The brave gang’s 14-day mission raised over £200k for their chosen charity. An achievement even bigger than Everest itself!

8. He’s going out with his co-star 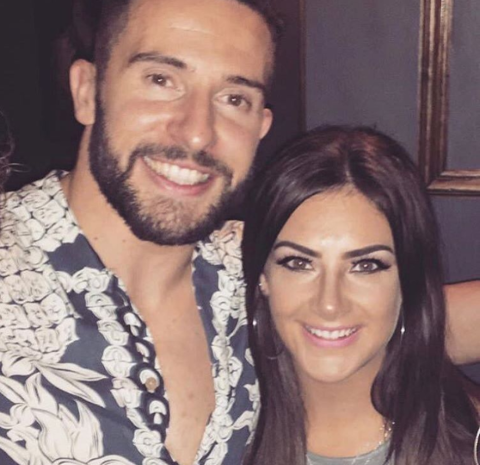 For any of you hoping that Michael was single and ready to mingle, he’s actually been quietly dating his Emmerdale co-star Isabel Hodgins (aka Victoria Barton) for a few years. The low-key couple shy away from flaunting their romance on social media, and rarely post any slushy selfies together.

But romantic Mike couldn’t resist an Insta shout out to his girl on her birthday last year, saying: “Thank you for being the most wonderful and caring best friend a boy could ask for. Love you to the moon and back.X” N’aww, guys!

9. He likes to stand out with his fashion sense 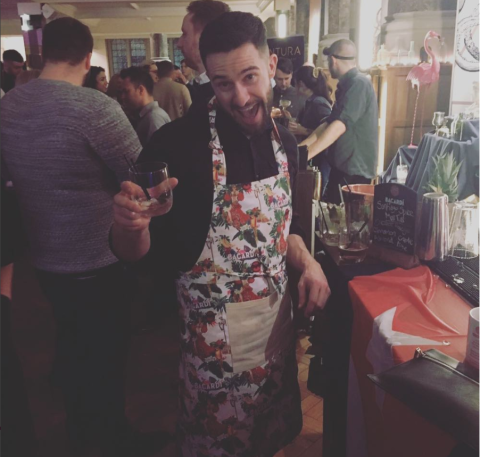 Ross might have one style, which Michael has described as ‘urban chav’, but in real life, the actor is a bit more adventurous with his threads. Taking inspiration from his style icons Paul Newman, James Dean and Marlon Brando, Mike likes to wear at least one piece in every outfit that stands out – even if that means a spot of leopard print, which he’s a self-confessed sucker for!

He’s also got a penchant for bomber jackets. “I have about 10, including a floral one, and a bright blue one,” he admitted when getting quizzed about what’s in his closet. Wonder if they’ll ever find a way into Ross’s wardrobe amongst all the grey and black clobber?

10. He sometimes shaves his trademark beard 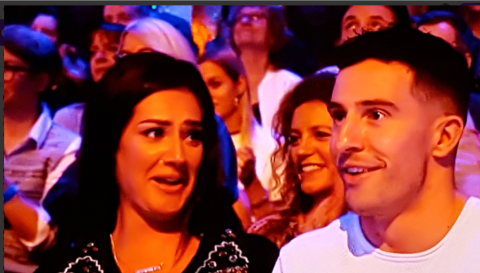 A beardless Michael Parr is a rare sighting, but it does occur! When he was spotted in the audience supporting his former co-star and good mate Gemma Atkinson during her stint on Strictly Come Dancing last autumn, eagle-eyed fans took to social media to share their feelings about Mike’s freshly-shaven face.

One wrote: “Look at baby face @MikeParrActor in the audience of #Strictly #Emmerdale #Wheresthefacefuzz #Beard.” Well the face fuzz is very much back on Mike’s face, but it was fun to get a glimpse of what he looked like sans beard.

11. He has a podcast with his former co-star

Mikey and his mate Adam Fielding (who played Vanessa’s baby daddy Kirin Kotecha) have taken their joint love of MMA (Mixed Martial Arts) and used it to create their own podcast – ‘On Air With Mike & Adam’. The actors produce online video content, discussing all things MMA, as well as chatting about current events.

Mike recently discussed their new venture with Inside Soap, saying: “There’s something weirdly hypnotic about watching people talking about something they love, and me and Adam are bonkers – you can’t shut us up, so we have to be careful what we say!” You can have a listen to what the lads get up to by downloading it on iTunes.

Digital Spy Soap Scoop video – hit play below for all the latest Emmerdale spoilers, as Ross becomes the victim of an acid attack, and Rebecca finally wakes from her coma.