Hollyoaks has revealed that Glenn Donovan could be killed off next week, as Grace Black and her new ‘WAG’ allies execute a cunning plan to get rid of him forever.

Grace is determined to plot the perfect murder to end Glenn’s reign of terror once and for all, but outsmarting him certainly won’t be easy.

Next week, Grace’s initial scheme to get Jay Johnson to do her dirty work goes wrong, so she frantically has to come up with a Plan B.

When Glenn realises that something is amiss and goes after Grace, the WAGs all stand up to him – and it could be Kim Butterfield’s past that holds the answer to his demise. However, there’s still hope for Glenn yet, as when his son Liam returns to the village, he could prove to be his dad’s saviour by trying to defend him.

Here, six Hollyoaks stars reveal why their characters could be driven to murder as the Glenn drama finally comes to a head. 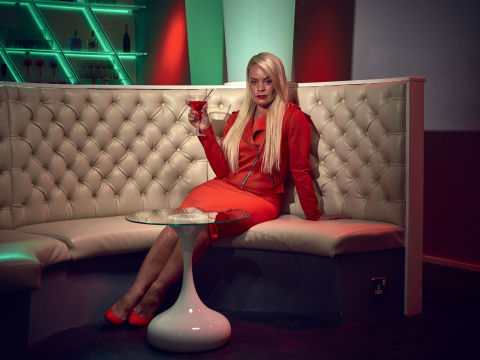 “Glenn has been controlling Grace for far too long, and she’s had enough. It’s time to fight back. There’s power in numbers, and all the women involved in this plan bring different qualities.

“Grace has no love for Glenn at this point, but she has a long and twisted history with him which can’t be forgotten.

“When Liam returns, Grace is worried about what he could be capable of, but she realises quickly that he’s no threat to her. She’s stronger than ever!” 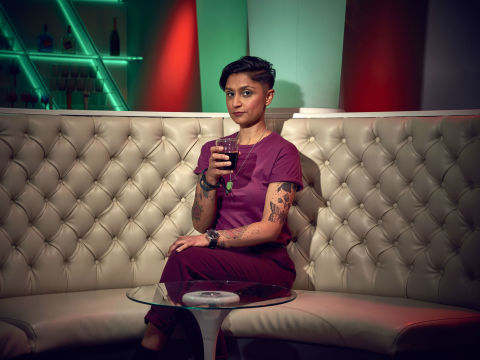 “Farrah was heartbroken when Kim was shot by Glenn and she thought she was going to lose the love of her life. She also blamed herself for the shooting, because of her affair with Grace and Kim’s complete innocence in relation to this. The experience of almost losing her love through such violence has left Farrah raging and vengeful.

“Farrah isn’t capable of killing Glenn herself, and she doesn’t want the murder to rest on anyone’s soul. But if killing Glenn means they are free from his terror, then she is prepared to do it, with help from the others.

“Farrah isn’t emotionally or mentally prepared for the consequences, because it’s so far off her usual moral compass. Kim’s shooting has brought out a guttural revenge in Farrah, which is new to her.

“Farrah is able to analyse people’s behaviour and mental state, proposing risks to the WAGs. She hasn’t been directly involved with Glenn or Liam herself, so can bring some objectivity to the table in their discussions about the two. Farrah also has skills of persuasion, and is able to calm and talk people in or out of things.” 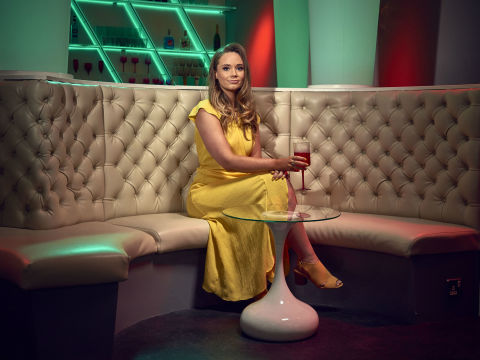 “Before Kim was shot by Glenn, she was getting over her entrapment ordeal. Being shot put her back where she was before, and she started to realise what Glenn had done to other people in the village. She wants him gone for good.

“Kim has already tried to kill him, by copying her Gloved Hand Killer sister! But Farrah stopped her, and she was left shocked at what she was about to do. Kim isn’t a killer, but with the power of the other women by her side, she’s willing to help for the greater good.

“I don’t think she’s thought about the consequences, and she believes her plan will mean they will all get away with it.

“Glenn could maybe have a connection to Kim’s exit. Kim has joined forces with the WAGs to get rid of him for good, but as we all know, Glenn is often one step ahead and has no limits. The man killed his own son, so I think it’s fair to say none of them are safe.” 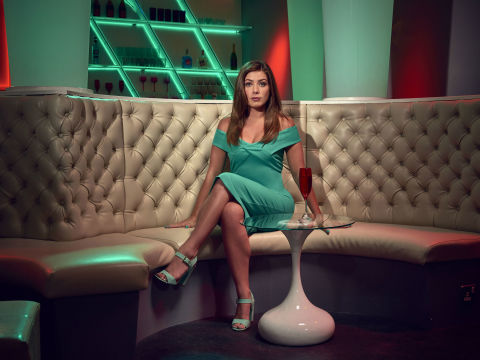 “Glenn murdered Adam and Maxine wants revenge, but more importantly, her motivation is Minnie’s safety. Glenn has threatened them both previously, and as everybody knows, Minnie is Maxine’s world. She would do anything to keep her safe.

“Maxine isn’t capable of murder, it’s just not the type of person she is. That said, if Minnie’s life, or even her own life is in danger, then she is capable of fighting back. She’s probably not prepared, because she is too wrapped up in the idea of murdering him, that the aftermath is secondary in her mind.

“Maxine definitely could be the weak link in the WAGs, but she has a lot of strength within her. She used to be a very strong independent female, but since having her daughter, her priorities have changed. So, if killing Glenn means Minnie is at risk of being alone, Maxine will falter.” 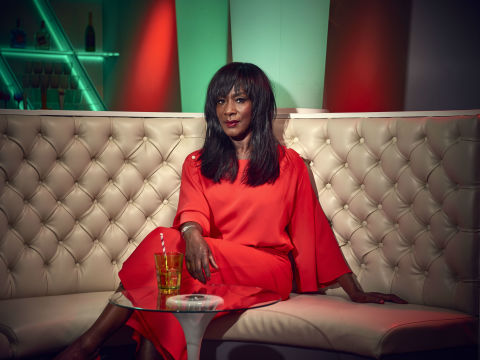 “Simone’s motivation is that Glenn has publicly humiliated her after she slept with him, and he has terrorised her son for months. She’s not capable of killing anyone, but because there is a group of women in the same situation, it means that it’s a shared responsibility.

“The life skills that Simone brings to the WAGs are that she is well educated, has an excellent knowledge of the law, and is usually the most level headed of them all.” 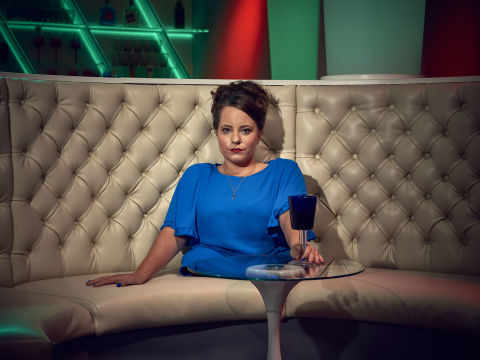 “In Courtney’s eyes, Glenn has completely ruined her whole life. Everything was going pretty well before she got involved with him. Although things were difficult financially, she had Iona and Jesse, and she was really happy.

“After Glenn had helped her out with Granny Campbell earlier in the year, she thought of him as her comrade, and although she knew he had a dark side, she trusted that he wouldn’t turn on her. Of course, when she went to him for help with the salon debts, she was proven wrong – now she has nothing. Iona’s been taken from her, Jesse’s left her, and she has serious legal charges looming over her – all because of Glenn.

“Liam’s return certainly puts an obstacle in the way of their plan to kill Glenn. All of the WAGs know that if he found out what they were doing, he would destroy them. Plus, Liam has been closely associated with half the reasons Courtney wants to get rid of Glenn in the first place. He was the one that gave her the drugs in Spain, and if he had been around to be a father to Iona, maybe she wouldn’t be with Granny Campbell now. In her opinion, Liam and Glenn are two sides of the same coin, and the further away they are from her the better. 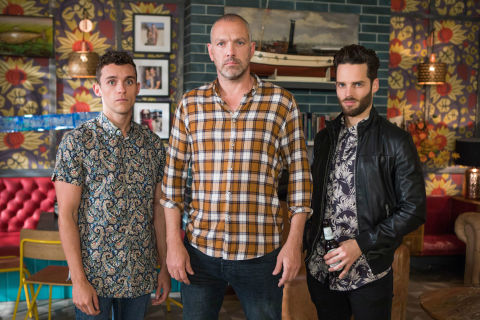 “When Courtney agreed to team up with the rest of the women, it was a spur of the moment decision, fuelled with a lot of emotion. She was in a determined rage since Jesse had just dumped her. However, the reality of it is going to be more difficult.

“She’s definitely capable of doing it – let’s not forget that she comes from the same family as serial killer Cameron – but she’s not a bad person, so it doesn’t come naturally to her. I think the consequences might be a bit too much for her, though. She’s smart enough to know how high the risk factor is, and what’s at stake. At the end of the day, the main focus is getting Iona back, and I’m not sure the fury towards Glenn is enough to risk losing her daughter forever.

“Courtney is a clever girl, who thinks with her head, rather than her heart, which can’t be said for Maxine or Grace. She’ll be the one to reality check them from time to time, and make sure they’re all staying on track.”

Digital Spy Soap Scoop video – hit play below for all the latest Hollyoaks spoilers, as Glenn’s enemies plan revenge and Kim prepares to leave the village.