We’ve already addressed the racist thinking (or lack of thinking) that underpins some of the lazier stereotypes on TV and movies, but that’s not the only area where the TV and movie industries need to focus their attention. We might like to believe we’re living in woke times, but there are plenty more outdated attitudes and behaviour that still need correction.

Like everyday sexism (and #everydaysexism). Seven Digital Spy contributors have identified the clichés that particularly irritate them. 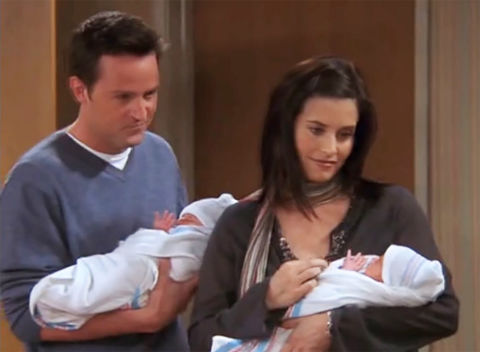 Monica was a successful chef in Friends, but when the series finished did the writers give her a chain of restaurants and a book deal as her happy ending? No, they gave her twin babies. That’s because it’s a Hollywood rule that having a cute bundle of joy is the ultimate goal for women, even Lena Dunham’s unstable Hannah on Girls.

They’ve already saddled Bernadette with two babies on The Big Bang Theory – what’s the betting Penny or even Amy will be with child before the series finishes for good?

(And speaking of clichéd depictions of our reproductive systems – can exaggerated PMS stop being used as a plot device, please? Despite what you may have seen in Family Guy, The Big Bang Theory and Modern Family, women don’t go completely mad when they have their period, or turn into demons like Jen in The IT Crowd, or vicious beasts as in Charmed. Well, unless you provoke us, that is…)

2. “You’re not like other girls” is not a compliment 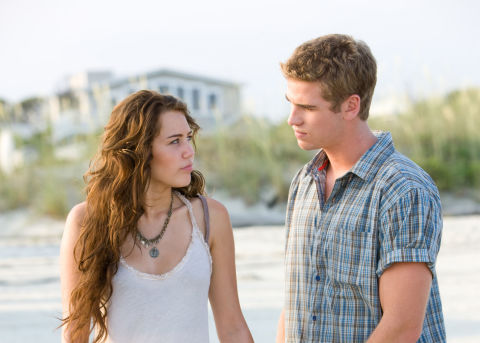 Ahh “you’re not like other girls”; a phrase to make a leading lady’s heart flutter as the bad-boy rebel of her dreams casually dismisses her entire gender.

The girl that this line is often directed at is tough, adventurous, wears trousers instead of skirts *gasp* and is absolutely drop-dead-gorgeous in a ‘natural’ way (read: ‘Hollywood natural’ – a face full of make-up but no lip liner). She’s the “cool girl” skewered by Gillian Flynn in Gone Girl – she loves stereotypically masculine things and forgoes hideous ‘girly’ things like shopping, female friends and, you know, having emotional depth, because she was invented by men.

She’s Arya in Game of Thrones (“most girls are idiots”) or Miley Cyrus in The Last Song and the subtext behind this trope isn’t “Wow, I love you, you’re special”, it’s “being female is bad, being male is good, but you’re basically a dude with boobs so you’re okay”. 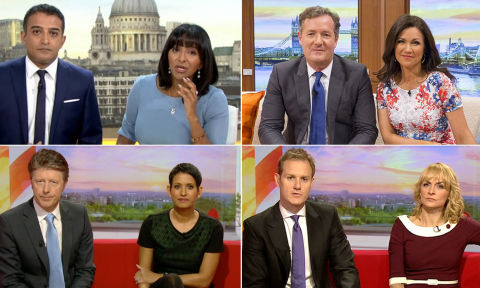 When Dan Walker landed a job at BBC Breakfast in 2016, he probably didn’t realise that he was about to kick-start a massive conversation around sexism on daytime television – one that would later snowball into the hashtag #SofaGate.

It all started when viewers noticed that seasoned newsreader Louise Minchin took the right-hand spot on the presenting sofa, with Dan – her junior colleague – taking the more coveted position of ‘camera left.’ Why is this significant? Well, our eyes read most things from left to right (just like a book), meaning that ‘camera left’ is the more dominant position and the first point of contact viewers have with those on screen.

Unsurprisingly, Piers Morgan (who, it needs to be said, sits ‘camera left’ of Susanna Reid on Good Morning Britain) took issue with what he branded a “silly non-issue”.

“Pick your battles, ladies,” he wrote at the time, “or you’ll damage the very important cause of gender equality.” (So helpful, always telling us what’s best for us.)

Although the BBC insisted it was a coincidence, the conversation sparked an almost immediate change. Shows like The One Show switched things up, handing ‘camera left’ to Alex Jones over Matt Baker. TV and radio host Sophia Cannon also tweeted a photo of herself in the prominent position, along with the viral hashtag.

It might seem like such a small thing (especially to you, Piers) but according to the latest BBC pay list, the top 12 highest-paid presenting slots still belong to men. For a group that is still fighting to be taken seriously in a male-dominated arena, it’s the subtle, sometimes invisible, signs that reinforce the imbalance between the sexes.

4. Gender-flipped reboots are still all about men 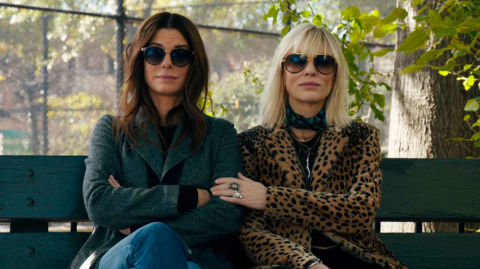 When Hollywood announces a gender-flipped remake of an old male-centric film, the obvious non-sexist response is: why shouldn’t this worn, old, men’s film be given a gender reversal?

But it’s more sexist NOT to roll your eyes at these announcements. Getting women to fill men’s shoes isn’t equality, it’s obliging women to fill the spaces left by men who, going by the popularity of these films, got it right the first time round.

Plus, because any woman-led remake – think Ocean’s 8 or Ghostbusters – is by definition elevated to the status of a woke, agenda-resetting film before it’s even made, the pressure is on to fulfil that promise. As Amanda Hess of the New York Times recently put it: “They have to do everything the men did, except backwards and with ideals.”

Women have long been teaming up in fiction and real life to do incredible things in the face of great challenges, and these stories deserve to be told. We don’t need an all-female Lord of the Flies, we need more Hidden Figures, more The Color Purple, more Mad Max: Fury Road. 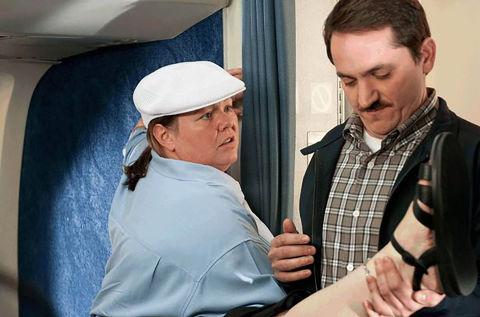 Contrary to popular belief, not all plus-size women are obsessed with their weight. So why are chubby women always talking about their size in movies?

Whether it’s constantly making self-deprecating jokes about their weight or being hyper-sexualised like Rebel Wilson’s Fat Amy in Pitch Perfect, or consumed with reaching mythical beauty standards like the lead in the misjudged Netflix Original Insatiable, plus-size women are relegated to comic relief and their entire personalities are almost always completely centred around their weight – in a way that is rarely true for male characters.

Filmmakers still can’t grasp the concept of a chubby female being as well-adjusted as the traditionally slimmer, conventionally desirable female lead, and audiences often end up laughing at fat characters, even though it appears as though we’re laughing with them.

Let’s lose the fat jokes and focus on the thousands of other things plus-size women have to offer.

6. Women can’t do up their own dresses 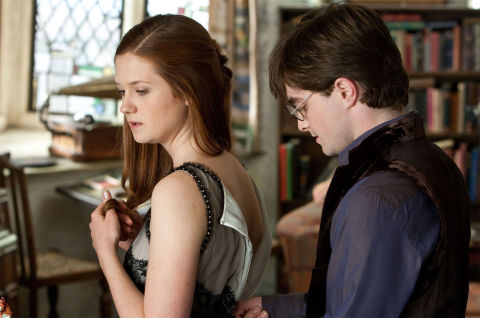 Like Dakota Johnson’s character in How to Be Single, we’ve all been there – when you can’t reach the zip on the back of your dress without the help of your love interest, so you dissolve into helpless tears.

Oh no, wait, we haven’t all been there. None of us have been there. Women don’t buy clothes they can’t use without assistance, that’s just not really a thing. And even in the rare case that we quite can’t reach that last button – we simply wear something else. Tears and daydreaming about a man are rarely the end result of not being able to dress ourselves correctly. 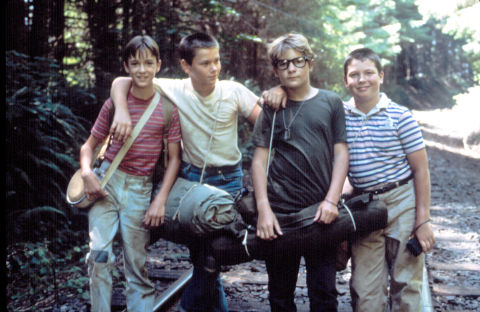 Think about the classic coming-of-age films. Stand by Me, Ferris Bueller’s Day Off and The Goonies likely spring to mind. Stories of young boys finding their place in the world surrounded by their childhood mates are commonplace in the coming-of-age canon. Female coming of age stories, however, are a little harder to come by.

Girls frequently feature in these films but they’re outnumbered by boys and inevitably the object of teen desire. Think Sing Street, or The Breakfast Club, where the painfully shy Allison (Ally Sheedy) undergoes a makeover by the end that suddenly makes her worthy of attention. (Even Sheedy thought that was BS.)

While bro movies like American Pie poke fun at teen boys’ physical lusts, girls have no such equivalent. Who would want a crude comedy about a girl bleeding for the first time or using pastry as a masturbatory aid? Probably any embarrassed teenage girl who could do with a laugh.

While revelations like Lady Bird give us hope for the genre, films like Mean Girls, Clueless and Easy A depict a frightening, image-obsessed existence where girls must watch their backs.

We don’t have the luxury of a carefree summer – we have to fight to survive.