Emmerdale may be hyping up Lachlan White’s dark serial killer storyline at the moment, but we have a sneaking suspicion that the soap already has its next big villain lined up to take his place – step forward Maya Stepney.

Maya (Louisa Clein) was first introduced for a brief appearance as Dr Cavanagh’s wife in March, but has featured on screen more regularly over the summer since she started dating David Metcalfe.

Few would deny that there’s more to Maya than meets the eye, but could these eight clues suggest she’ll be the next major soap baddie?

He may be highly unprofessional – we haven’t forgotten him breaking doctor-patient confidentiality over Tracy’s pregnancy – but local GP Liam Cavanagh seems like a pretty level-headed guy. Dr Cavanagh has been appearing in Emmerdale on and off since 2014, and we’ve grown to trust his judgement whenever he’s been needed to dish out medical advice to our favourite characters.

In a recent chat with Tracy, Dr Cavanagh made it very clear that his estranged wife Maya wasn’t to be trusted: “Maya does what Maya wants. The woman gets her kicks out of drama and destruction.” Is it just us, or does that sound a little ominous for David’s new romance? 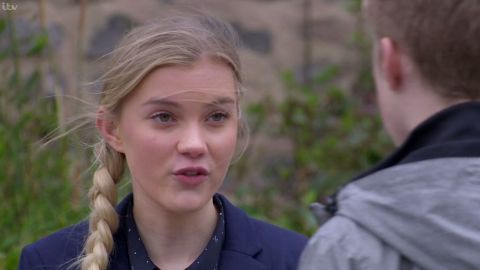 Jacob Gallagher’s schoolfriend Leanna has been causing a right old stir with her bad behaviour over the past few months. From joyriding to making insensitive remarks about Amelia’s disappearance, viewers quickly got the impression that the teen was bad news – and it didn’t take long for Jacob to realise that too.

While we’d hate to blame the parents for every soap teen that goes off the rails, we definitely have to wonder where Leanna gets it from. Dr Cavanagh seems harmless enough, so could wicked step-mum Maya have been the malevolent influence at home?

3. It’d be a classic soap mislead 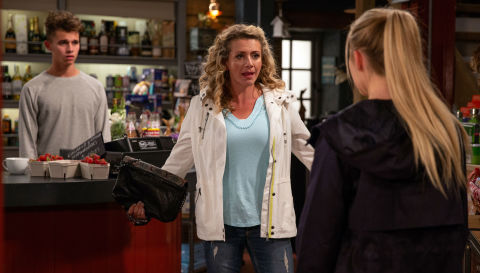 Leanna’s harsh comments and diva attitude have made her the focus of most people’s attention when it comes to Dr Cavanagh’s family over the summer. But was this all a clever ploy to distract us from the real villain of the piece – Maya?

Last week’s episodes saw Leanna and Maya both drag Jacob into their feud, with each warning that the other wasn’t to be trusted. Since Leanna was hardly in the good graces of viewers by this point, it was easy to believe that Maya was telling the truth… but it’d be classic soap to put viewers on the wrong track before pulling the rug from under us.

Leanna ranted to Maya: “I’ve heard you bitching about me to my dad. Trying to turn him against me. And now you’re trying to do the same with Jacob.” Maybe there was some truth to Leanna’s wild claims about her step-mum? 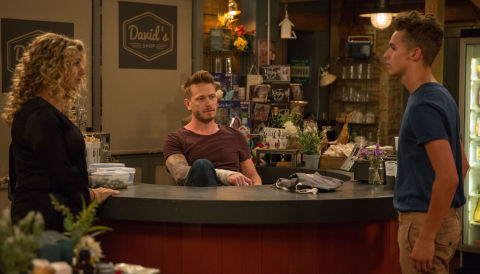 When Tracy recently got pregnant with David’s baby and decided to go for a termination, she didn’t want Jacob to find out as she feared that the truth would upset him. Sadly, Maya couldn’t resist getting involved and when she saw that Jacob was upset one afternoon, she “innocently” asked whether it was because of Tracy’s secret termination.

As it became clear that Jacob didn’t know anything about it and Maya had put her foot in it, she appeared to be mortified by her mistake. Despite this, Jacob couldn’t shake the suspicion that Maya could have messed up on purpose in order to turn him against Tracy. Although Jacob later backed down on this, could he have been right all along? 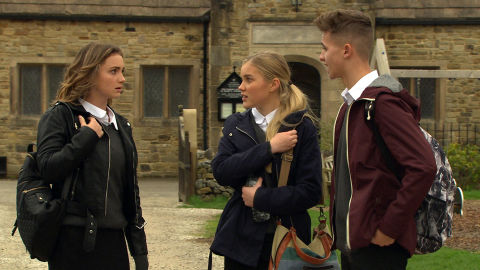 When Jacob recently started to trust Maya at last, he ended up confiding in her about the teens stealing Ross’s car to help Gabby get to one of her exams earlier in the summer. Maya immediately seized on this confession and rounded on Jacob, pointing out how serious it was.

Most reasonable people in this situation would have told David about the secret straight away, but Maya made a point of covering for Jacob and seemed satisfied when he started being nicer to her as a result. Was Maya just pleased to have some leverage she could use against Jacob in the future? We fear he hasn’t heard the last of it… 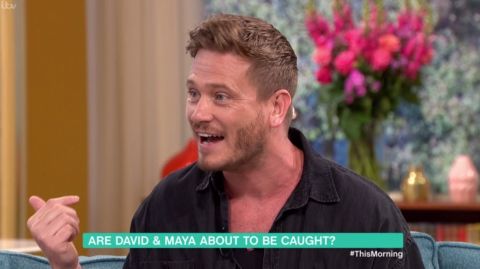 During a recent appearance on ITV’s This Morning, Matthew Wolfenden – who plays David – tipped his storyline with Maya as one to watch over the coming months.

Just prior to the pair becoming a couple, Matthew explained: “David and Maya will end up together, and there is a big storyline coming up for both of them. It’s going to be huge over the next few months.”

Actors do have a tendency to overhype their own storylines, but we still reckon Matthew was talking about more than tedious bickering between the Cavanaghs. Could one of the Emmerdale producers have tipped off Matthew about Maya’s true colours and a longer-term plan for the story? 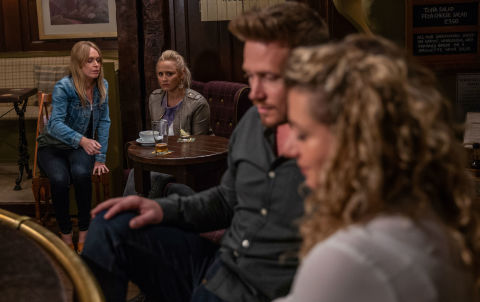 Coronation Street had Mad Maya, EastEnders had Mad May… so has a bright spark at Emmerdale with a liking for alliteration decided it’s time for the hat-trick? Enough said with this one, really.

8. The show needs a new villain 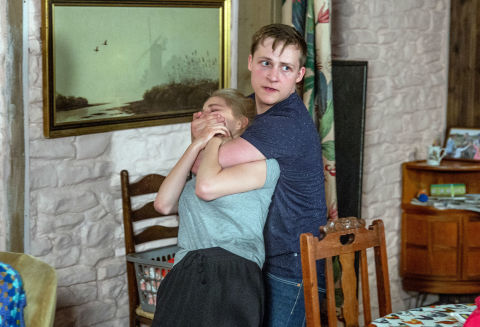 Okay, so this one doesn’t really count as a clue, but it’s worth noting that Emmerdale will probably be without a major long-term villain very soon. All signs point to Lachlan’s reign of terror coming to a head imminently, as his true colours are finally revealed in the village next week.

With six episodes a week to fill – jam-packed with intrigue and juicy cliffhangers – the writers at Emmerdale will need a new antagonist to keep things interesting. Will Maya be playing that role in the show soon enough? If so, the story team could definitely drag it out for a while – David’s not exactly known for being quick on the uptake, is he? 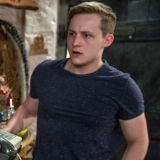