Whether we like it or not, remakes and reboots are here to stay.

But if Hollywood execs and screenwriters insist on messing around with our favourite movies, the least they could do is resist altering the key plot points and memorable moments that make those films what they are. Look at the mess they’ve made already… 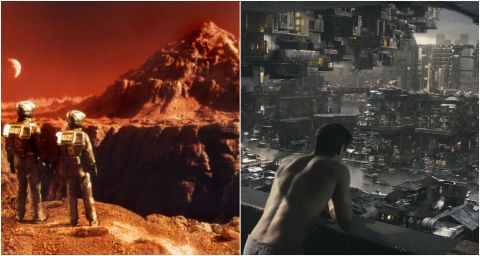 The classic Arnold Schwarzenegger-starring Philip K Dick adaptation has a ton of memorable moments (the three-breasted woman, the eye popping), most of which centre around Arnie’s visit to Mars.

In the 2012 remake, a blasted wasteland of a different kind is chosen as the home of mankind’s underclass. By which we of course mean Australia – accessed by a ‘gravity elevator’ that passes through the Earth’s core, because of course. We’re sure the Australian tourism board loved that new ‘twist’.

2. Maleficent – King Stefan is a rapist 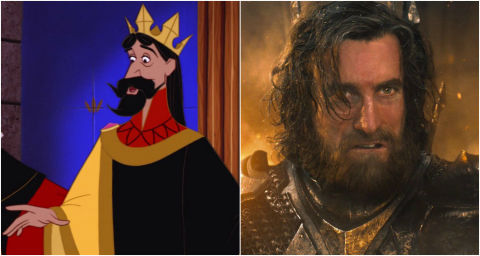 Sleeping Beauty‘s King Stefan is portrayed as a likeable, slightly ineffectual chap who only wants what’s best for his daughter (even if that does include arranging her marriage before she’s even moved on to solid food).

For Disney’s muddled 2014 remake, he is reimagined as a treacherous ratfink who mutilates Angelina Jolie’s Maleficent in what is essentially a deeply disturbing magical rape scene.

Can you hear that? It’s the sound of your childhood being ruined forever.

3. The Italian Job – The film has no relation to the original 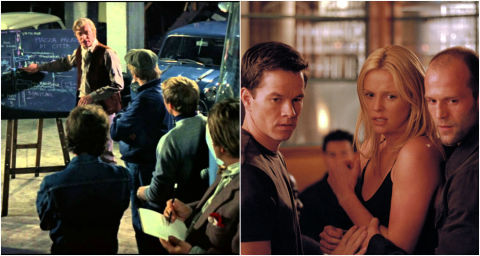 We can forgive a bit of tweaking and modernising, but can a film really be considered a remake if it ditches both the original plot and all the characters?

The filmmakers of 2003’s take on 1969’s The Italian Job called it a “homage” to the original, but we might be more inclined to think of it as a random heist movie playing off an iconic name.

4. I Am Legend – The meaning of the title is completely ignored 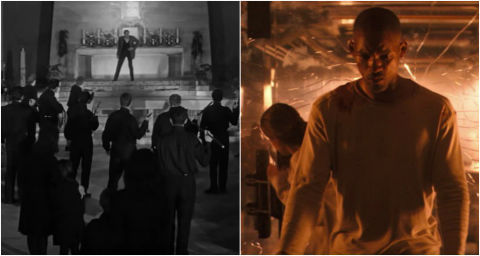 OK, so Will Smith’s I am Legend is actually based on Richard Matheson’s novel of the same name, but it also follows two previous adaptations – 1964’s The Last Man on Earth and 1971’s The Omega Man.

What the originals understood that the latest version completely misses is the basic meaning of the title (spoiler alert: it refers to the film’s ostensible hero being a legendary monster among the people infected by the vampire/zombie plague, who he has been mercilessly hunting and killing). Instead, Smith just plays a completely straight and uncomplicated hero. Boring!

There isn’t much love out there for the Jaden Smith and Jackie Chan-starring 2010 rehash of the ’80s childhood favourite.

But the most bizarre thing about the movie is that it is set in China, where Smith’s Dre Parker is taught not karate but kung fu. The film is actually called Kung Fu Dream in China, and Best Kid in Japan (where karate originated), both of which score much higher marks for accurate labelling.

6. Planet of the Apes – It wasn’t Earth all along 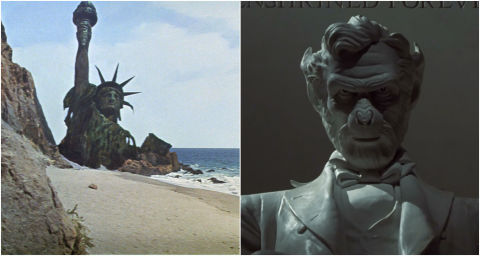 Whether you’ve seen the original Planet of the Apes or not, you know the ending – the Statue of Liberty sticking up through the sand, Charlton Heston ranting and raving, “Damn you all to hell,” etc.

Tim Burton’s version wasn’t having anything to do with Cold War parables. Instead, Mark Wahlberg’s astronaut wasn’t on Earth all along at all. The new ending confused everyone, but seems to have involved the apes travelling back in time to Earth, so that once Wahlberg arrives back in the present day it has already been conquered by the simian forces. Or something. 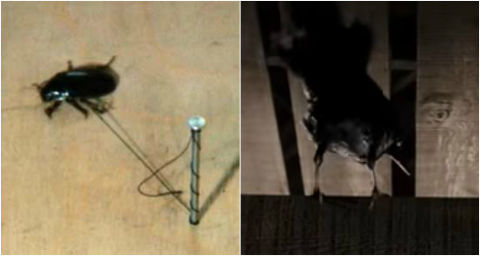 We could write entire essays about Nicolas Cage’s bizarre The Wicker Man remake, but there is one oddly specific change that perfectly sums up how utterly nonsensical the whole project was.

In the original, Edward Woodward opens a school desk to find a beetle tied to a nail walking around and around, while a strange little girl delivers an unsettlingly sexual monologue. Weird, right?

But when Nic opens his version of the desk, he finds a huge crow, which had apparently been waiting silently to surprise him, as crows are well known to do. It flaps around a bit like the horror cliché it is, croaking in wordless testament to the bombastic stupidity of the film.

8. Carrie – Her nemesis is the real monster 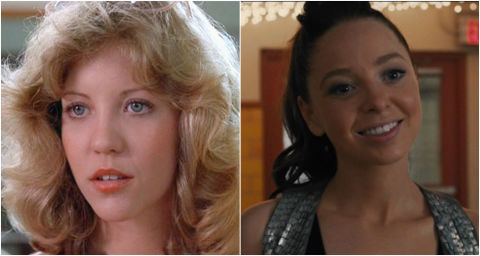 The biggest problem the Carrie remake had was in casting astonishingly beautiful and irrepressibly confident Chloë Grace Moretz as poor, bullied outcast Carrie. Like Moretz wouldn’t be the most popular girl in school.

That aside, it’s the changes made to Carrie’s nemesis Chris Hargensen that alter things for the worse. In the 1976 movie Chris is a bitch, a horrible Mean Girl recognisable to pretty much anyone who ever went to school. In the 2013 version, she’s way beyond that – she’s now a total psychopath, leaping the fence to joyfully slit the throat of the pig she intends to dump over poor old Carrie and later demanding Billy run her over and kill her. We didn’t go to school with anyone like that.

9. The Ring – The videotape is explained to (figurative) death 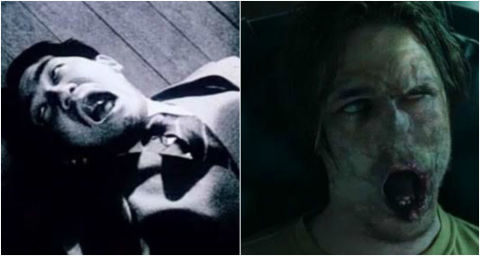 As far as US overhauls of Japanese cinema go, The Ring isn’t half-bad. It’s eerie, well shot, most of the story survives the journey across the Pacific, and Brian Cox rarely does rubbish. But the half that IS bad just messes with the formula to such an extent that you wonder why they bothered

The best part of the original’s haunted VHS tape was that so much of its jump-edit visuals remained unexplained and unsettling long after the film’s finished. Yet The Ring goes to painful, sometimes patronising lengths to ensure its audience gets each clip solved, with a nice bow around them. Like filling out Michael Myers’ back story or Leatherface’s motivations, when you start over-explaining, it stops being scary.

And what’s with the exaggerated faces of those poor souls scared to death? Not content with the original’s open-mouthed-but-natural faces of death, the US version throws a load of latex at it and turns them into vampires from Buffy. We know a woman climbing out of your telly would give you a fright, but change your actual physical features? Doesn’t ring true to us.