Orlando Bloom has treated his social media followers to a photo from a recent Lord of the Rings reunion.

Proving that nothing creates a lasting bond more than battling evil in Middle-earth together, the Legolas actor can be seen enjoying some time with Sir Ian McKellen and Adam Brown.

McKellen portrayed the beloved Gandalf across Peter Jackson’s JRR Tolkien franchise, while Brown showed up as Ori in The Hobbit as part of the dwarf collective.

We wonder what the fabulous trio were drinking that night, or if they had a puff on the old wizarding pipe? 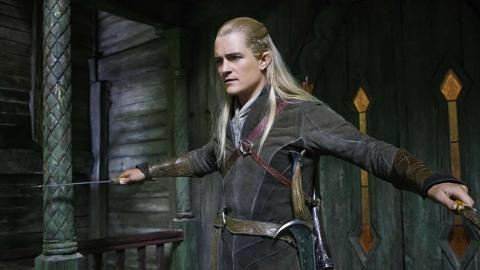 Fans were loving the actor’s pic, with responses including, “Nice to see you guys enjoying life”, “it’s awesome to see you’re keeping your friendship”, “this is way too ICONIC” and “this makes me ridiculously happy”.

Stars of the classic franchise have shared a long-lasting friendship over the years, with actor Dominic Monaghan previously posting a photo on Twitter of him with some on-screen companions.

In other news, it came to light recently that Galadriel herself Cate Blanchett never recognised Bloom on-set during Lord of the Rings‘ production.

She told the Pirates of the Caribbean actor: “I was only there for three weeks and I didn’t recognise you for two weeks. The first time I saw you, you had hair, like Fabio [Lanzoni] hair, blue eyes and then I [saw] you, who is this really cute guy out of drama school at the parties, and I didn’t put two and two together.”