The film tells the familiar story of one person’s star rising while the other falls – in this case Gaga as up-and-coming singer Ally and Cooper as down-on-his luck country star Jackson Maine.

While taking a lead role in a Hollywood movie was a first for Gaga, Cooper is also making his directorial debut, as well as co-writing the screenplay with Eric Roth and Will Fetters. 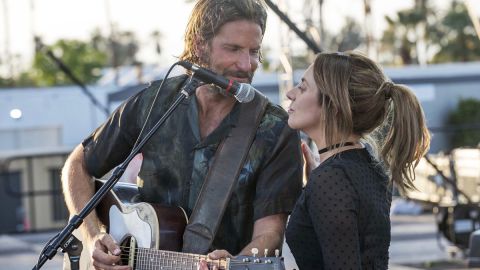 Seeing as the film has already been remade twice and people can forever debate which was their favourite (Judy Garland and James Mason or Barbra Streisand and Kris Kristofferson), this was a risky project for both Cooper and Gaga.

So, can Lady Gaga act? Can Bradley Cooper sing? Did we really need another version of A Star is Born?

Below, Digital Spy rounds up a selection of early critical reviews for A Star is Born and (spoiler alert!) when it comes to Gaga’s performance, the title might be a giveaway.

“Here, two stars are born anew under the pressure of overwhelming expectations both shining brighter than ever before in a new chapter of their respective careers.”

“Lady Gaga, whose ability to be part ordinary person, part extraterrestrial celebrity empress functions at the highest level at all times.”

“Hollywood almost never succeeds in nailing the rock world, but A Star Is Born, though a love story through and through, is the most lived-in rock ‘n’ roll movie since Almost Famous.”

“This is a durable tale of romance, heady fame and crushing tragedy, retold for a new generation with heart and grit.”

“Cooper has succeeded in making a terrific melodrama for the modern age.”

“Cooper and Lady Gaga are dynamite together; this is a story that lives and dies by the central relationship and the instant chemistry that must blossom between them, and these two have it in spades.” 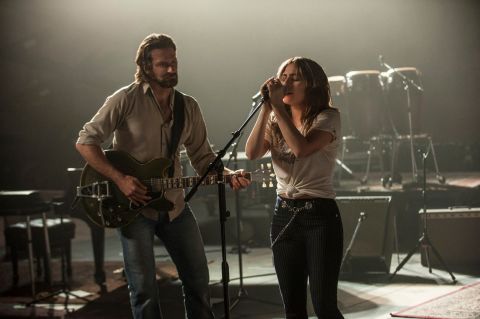 “Star is less a story now than a myth — not so much reborn as recast, and passed on to the care of the next generation.”

“(Gaga) is resplendent as a diamond-in-the-rough singer whose booming voice and subtle expressions would make her predecessors proud.”

A Star is Born will be released on October 5 in the UK and the US.