The Age Critics Award for best Australian feature at the Melbourne International Film Festival has gone to Acute Misfortune.

Based on the 2014 book by Erik Jensen, a former Sydney Morning Herald journalist and the founding editor of The Saturday Paper, the film recounts the strange and sometimes violent relationship that developed between Jensen and Archibald Prize-winning painter Adam Cullen after the former was sent to profile the latter for the SMH in 2008.

Young actor Toby Wallace – who starred in the TV series Romper Stomper – plays Jensen in the film, and Daniel Henshall – best known for his role as the sadistic serial killer in Snowtown – plays Cullen.

"It begins as a story about biographer and subject, then it starts to turn into a case of Stockholm syndrome," critic Sandra Hall observed of the film, a first feature for director Thomas M. Wright, who co-wrote the screenplay with Jensen. "It’s a fascinating psychological study." 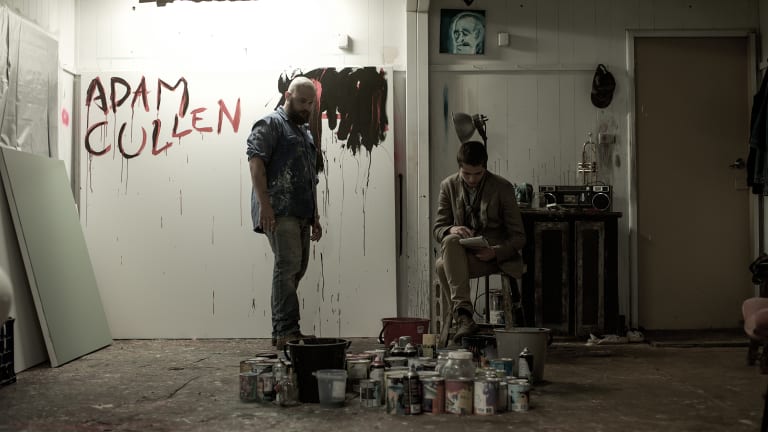 Craig Mathieson described the film as "a bracing and near-brilliant study of artistic power, male identity, and creative co-dependence" that "breaks down the traditional biographical drama and makes something compelling and illustrative from the ruins".

Critic Jake Wilson singled out the performance of its leading man for special praise. "Australian cinema is full of ratbags, but Adam Cullen, as portrayed by Daniel Henshall, ranks with the most memorable."

Ten films were eligible for the award this year, which goes to the best first-release Australian narrative feature in the festival.

Other than Acute Misfortune, they were: 1%, Book Week, Celeste, Jirga, The Merger, Strange Colours, Under the Cover of Cloud, Undertow, and West of Sunshine.

The judges praised this year's films for the breadth and ambition of subject matter and approach.

Jirga, for instance, is a tale of an ex-soldier seeking to make reparations for a killing, and was shot in trying conditions in remote Afghanistan. 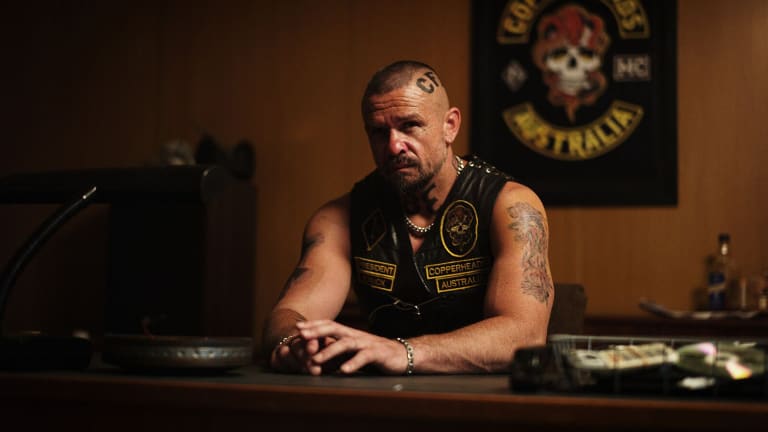 Matt Nable as gang leader Knuck in the bikie drama 1%.

Celeste is a lavish melodrama about a former opera singer (played by Radha Mitchell) on the comeback trail in a tropical palace in far north Queensland. And though it was shot on a shoestring, West of Sunshine has already proven itself a hit, taking last year’s Venice Film Festival by storm.

Though Acute Misfortune was a standout for several judges, two other films also garnered wide support.

With its echoes of the original Romper Stomper, 1% dumps the viewer inside an alien world of bikie gangs, where a power struggle plays out like a leather-clad reworking of Macbeth.

"It is a technically and dramatically accomplished piece of genre film-making that ticks every technical box and has an impressive sense of authenticity in its portrayal of a determinedly extreme way of life," said Stephanie Bunbury.

Sandra Hall praised its writer and co-star Matt Nable, who plays a gang leader. "In a film of this kind, you need a villain you love to hate and his performance certainly fits that bill."

Also impressing was Strange Colours, a debut feature from Russian-born Alena Lodkina, set in the rarefied world of opal miners in Lightning Ridge, in outback NSW.

The film is "a great study of character," said Bunbury. "But it is also a delicately nuanced picture of a place usually stereotyped as the loser's last resort. It is like the reverse image of Wake in Fright."