“Well, that was a bit premature,” says agent Peggy Carter in the first episode of her standalone series – and we thought exactly the same thing when Agent Carter was cancelled after two seasons.

Hayley Atwell’s starring role in the show marked the first time Marvel Studios had given us a female lead for one of its projects, back when Captain Marvel was still being prepped.

When talk of a possible TV revival for the S.H.I.E.L.D. director faded, it looked as if Peggy might make a comeback on the big screen. “I’d love to see [Peggy] more in films,” Atwell said. “I’d love to see her in her own film…”

We’d even be up for her coming back as part of the alleged time travel of Avengers 4.

And with Atwell still amenable to a return, here’s everything you need to know about Marvel’s Agent Carter season 3.

Agent Carter Season 3 production – will it still be an ABC show?

When ABC cancelled Agent Carter (and decided not to take its spin-off Agents of S.H.I.E.L.D. show Marvel’s Most Wanted to full series) it was a shock. After all, Marvel definitely didn’t want Atwell’s show to end. 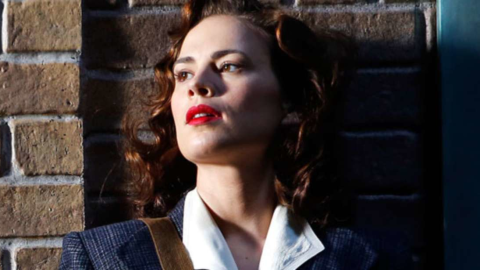 According to the actress, network economics saw ABC try to place her in a “more mainstream” and “less genre-specific” series (bland legal drama Conviction, which was also canned after 13 episodes).

Would Marvel therefore look to ABC to create the third season if Agent Carter did get a revival? Well, it clearly still sees ABC is its network of choice since word got out that there’s a new Marvel show in the works over there.

Even though ABC might be tempted to pick the show up again, Atwell has previously stated that both she and the Agent Carter writing team would “be happy to pursue [a revival] on a different network” (with Dominic Cooper urging Amazon to pick up the series).

So far, no such offer has been forthcoming. That’s a shame, as Marvel TV boss Jeph Loeb used a Reddit Ask Me Anything to hint that a revival could be on the cards if a network was interested in picking it up.

“Wouldn’t that be cool?” he said. “Find us a network! Hayley has been kind of saying she’d love to come back.”

Why no interest from Netflix, which has since saved a show like Lucifer, as well as properties such as The Killing and Arrested Development in the past? Agent Carter writer Jose Molina suggested his show might not be hardcore enough for that particular streaming service.

“It would be lovely to think that Netflix – home to so many awesome Marvel shows – would pick it up, but their shows all share a common universe and timeline that Carter doesn’t share. Creatively, these shows tend to be very dark, and Agent Carter just doesn’t have dark and brooding in its DNA.”

Sadly, the real reason Netflix decided not to rescue Marvel’s Agent Carter seems to be all business, no darkness.

“We’re looking for truly original brands to own,” Netflix chief Ted Sarandos revealed. “In that Marvel space we already have [original comic book shows] – so that was mostly why.”

Those Netflix-run Marvel properties are the interconnected stories of Daredevil, Jessica Jones, Luke Cage, Iron Fist and The Punisher, which have already crossed over in Marvel’s The Defenders.

“[Marvel’s Agent Carter producers] also have some output deal complexities,” Sarandos added. “So when you pick it up, being able to pick it up globally is difficult even after it’s cancelled.

“Some of those output partners still had it on the air, so they would argue it’s covered by their output [deals]. Unfortunately, it was a business decision more than a creative one.” 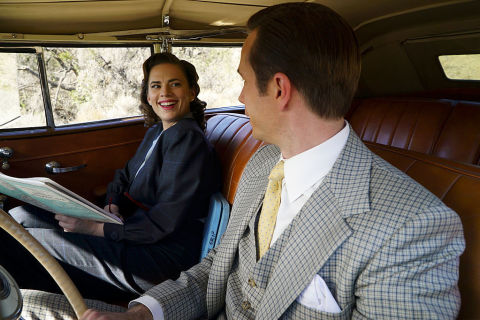 If only Marvel owner Disney had its own streaming service. Hang on a second…

Disney Play (as CEO Bob Iger is apparently calling it) is planning a launch in 2019 and is going to need plenty of new, unique content if it’s going to match the might of Netflix.

It has therefore already ordered a lot of new projects that will premiere on it – from Jon Favreau’s Star Wars TV series to the Lady and the Tramp live-action remake, as well as new original series based on existing Disney properties like High School Musical and Monsters, Inc. Could Agent Carter join that mix? We think so.

That’s an easy one: No. In order to bring back the series, Hayley Atwell would have to be front and centre. No Atwell, no show. Listening to the actress speak about the role, that’s starting to sound like it is a possibility.

Back in June 2016, when the show was cancelled, Atwell said she’d do “whatever it takes” to bring Agent Carter back to our screens. 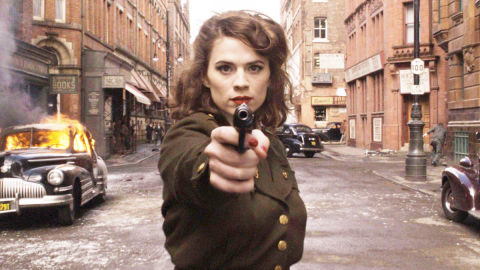 When a huge fan petition (and Digital Spy readers’ wishes) were ignored, she became a little more guarded about it: “If somebody approached me with it, I would be appropriately tentative about it,” she said in June 2018.

Since then, things have started to sound a little more positive. For starters, Atwell has already returned to our screens as Agent Carter since the series was cancelled – albeit in animated form.

The Avengers: Secret Wars TV cartoon had Atwell voice Carter when she and Howard Stark travel to the modern day to help Iron Man and Captain America save the time stream from Kang the Conqueror.

Agent Carter Season 3 plot – will it pick up where it left off?

Episode one of the first season of Agent Carter began with Steve Rogers (Chris Evans) taking a dip into the ice to become a Capsicle, as it picked up where the 2011 movie Captain America: The First Avenger left off. 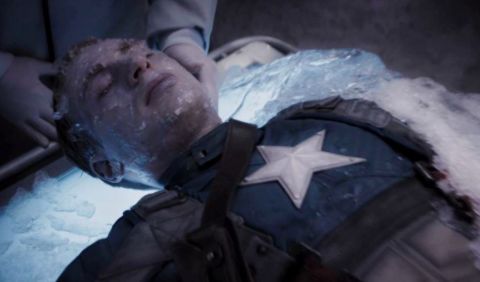 Jose Molina, one of the Agent Carter writers, has already given us an idea of what the plot might be, and it sounds like the noir serial about the S.S.R. agent would continue in the same vein.

“If memory serves, the initial thrust was going to come from the investigation into the assassination attempt on Jack Thompson,” he said.

“We were hoping – assuming we could afford it – that the story would then lead us to London, where we would learn that Peggy’s late brother Michael was not only alive and kicking, but involved in some very nefarious, super-villainous shenanigans.”

Since Molina feels that the cast and writing team would all return if Agent Carter was picked up again, it’s possible that might be the direction the show takes. “I think the creative team would all line up to return – the cast, the writers, etc – it would just be a matter of finding an outlet interested in airing the show,” he added.

Failing that, maybe a new show could follow the alternative universe comic that sees Peggy Carter take up the shield as the new Captain America. 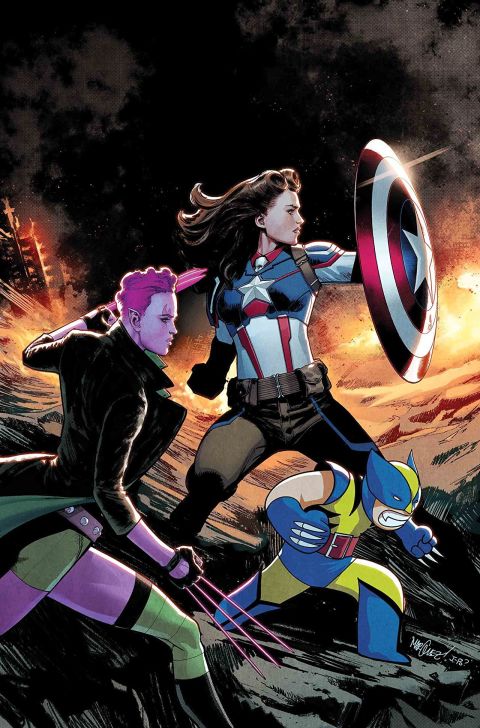 As soon as we hear that Marvel’s Agent Carter has been greenlit for a revival (and with Disney’s new streaming service soon hungry for content, we’ve got everything crossed that it will be) we’ll start predicting its likely first screen date.

Then it won’t be long until we get our first glimpse of Hayley Atwell looking great and kicking ass as our favourite S.H.I.E.L.D. leader (sorry Phil Coulson!).