Good Morning Britain presenters Piers Morgan and Susanna Reid interviewed Alan Titchmarsh MBE today ahead of his brand new television series, which airs on ITV this evening, celebrating his 50-year career. During the live video link from Virginia Water, ITV viewers saw the gardening legend speak about the opportunities he has had to tend to the royal gardens and the interaction he had with the Queen while doing so. And he wasted no time in revealing the innuendo Her Royal Highness cheekily let slip during their meeting.

Susanna commented: “It’s [your career] made you some royal friends your connection with the gardening world.

“The Queen had an extraordinary conversation with you about the size of your onions….”

Speaking about one of the first times he was in the Queen’s presence, Alan shared fondly: “The first thing Her Majesty ever said to me about 30 years ago.

“We were in the gardens at the Chelsea Flower show, [and she said] ‘Your onions are very small.’ 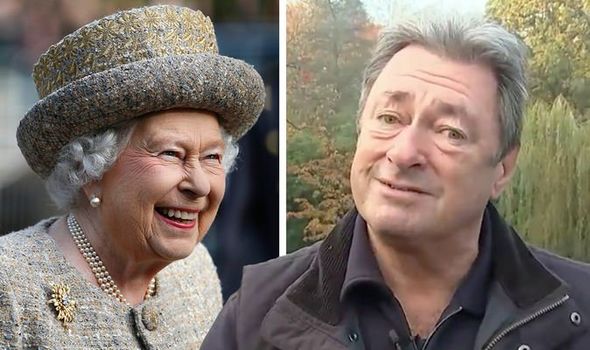 “And then I had another conversation with her a couple of years ago when I did another garden and she said ‘Your boulders are very large’ and I thought ‘What a long way I’ve come.'”

Both Susanna and Piers found the remarks highly amusing as Alan continued: “She also very sweetly, I got my MBE about 20 years ago and she very kindly said to me I had ‘given a lot of ladies a lot of pleasure.’

“But I think she was talking about Sandringham Women’s Institute,” he clarified.

It came after Alan revealed “the secret” to looking so young – “it’s doing a job I love” he told the presenters. 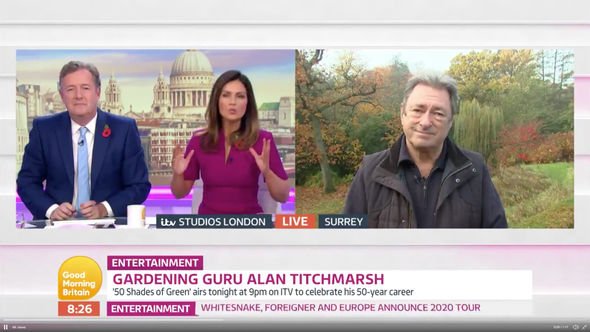 He also spoke about how he was classed as the “pruning woman’s crumpet” again, something the presenters found humorous.

The reason for his appearance was to encourage viewers to get outdoors and experience “spiritual uplift”.

Alan explained: “I love what I do, I’m passionate about getting people out to connect with nature.

“Gardening is your nearest connection, and you know, you can protest as much as you want, but it’s important you get involved with that piece of ground outside your house.” 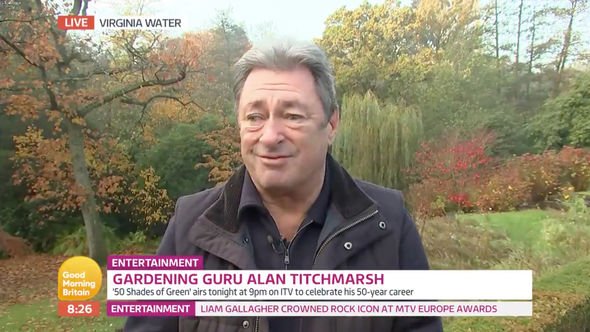 He went onto explain the benefits gardening has: “Just by physically doing it you will feel better.

“It keeps you fit and gives you a sense of “balance and perspective.

“It’s about physical contact, finding comfort, solace, joy and fun, this is reality.

ITV viewers took to Twitter to discuss Alan’s appearance and praise for the gardening legend was high.

“@GMB Best gardener we have! Gardener’s world has never been the same without this great man,” one wrote.

Another added: “@GMB Looking good for 70 Alan Titchmarsh! What the great outdoors does for you lol #GMB.”

Good Morning Britain airs weekday mornings at 6am on ITV.