The Towie star, 24, looked typically glamorous as she continued to film the new series with her boyfriend on Tuesday night. 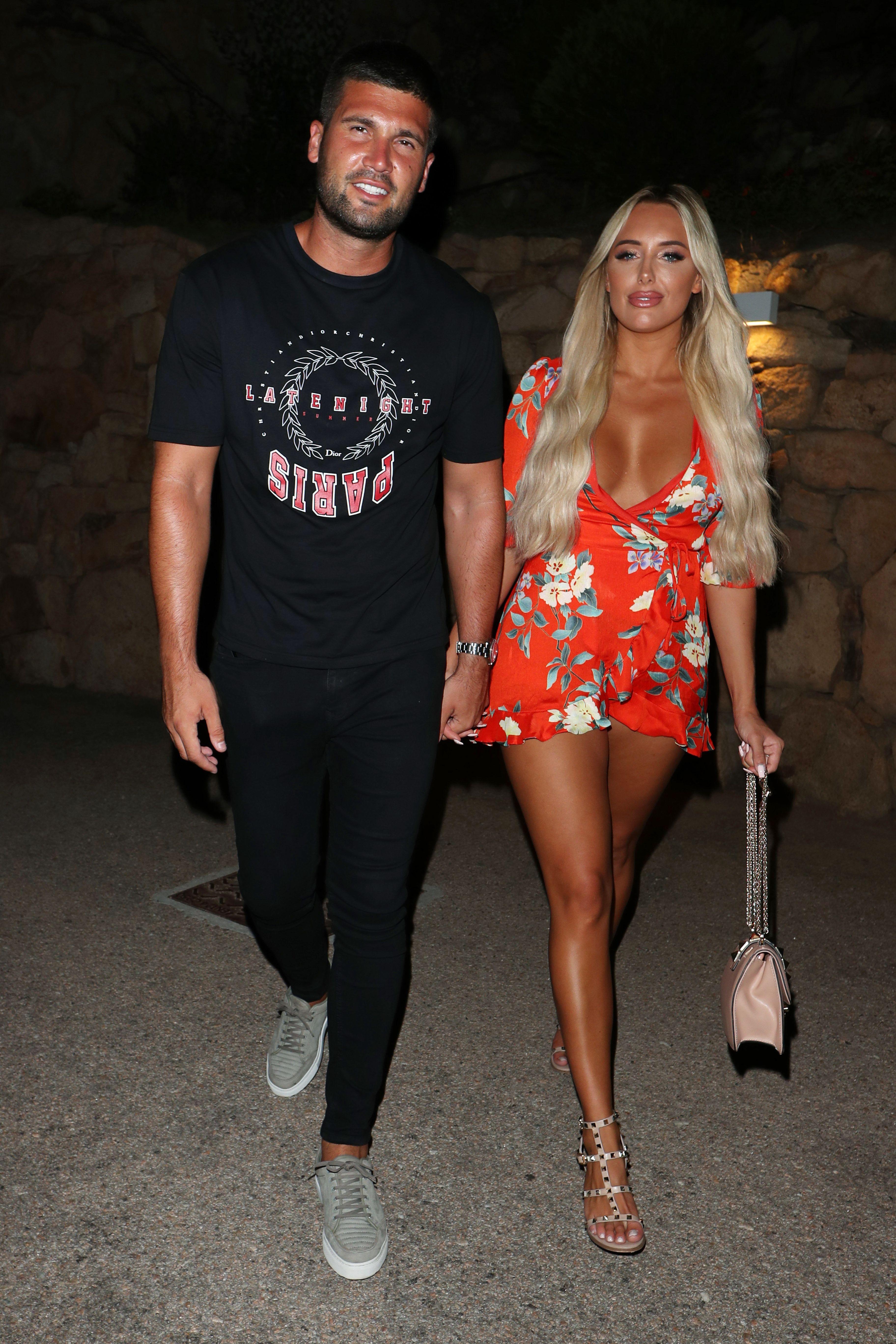 Amber stood out in her red floral playsuit, which featured a daring plunge neckline and leg-flashing hem.

She kept her look casual with nude studded sandals and a loosely curled hairstyle as she headed out with Dan.

The pair made their way to dinner hand-in-hand, looking more loved-up than ever after a rocky start to their romance.

After being embroiled in a love triangle with Clelia Theodorou, the couple finally made things official in the finale of the last series. 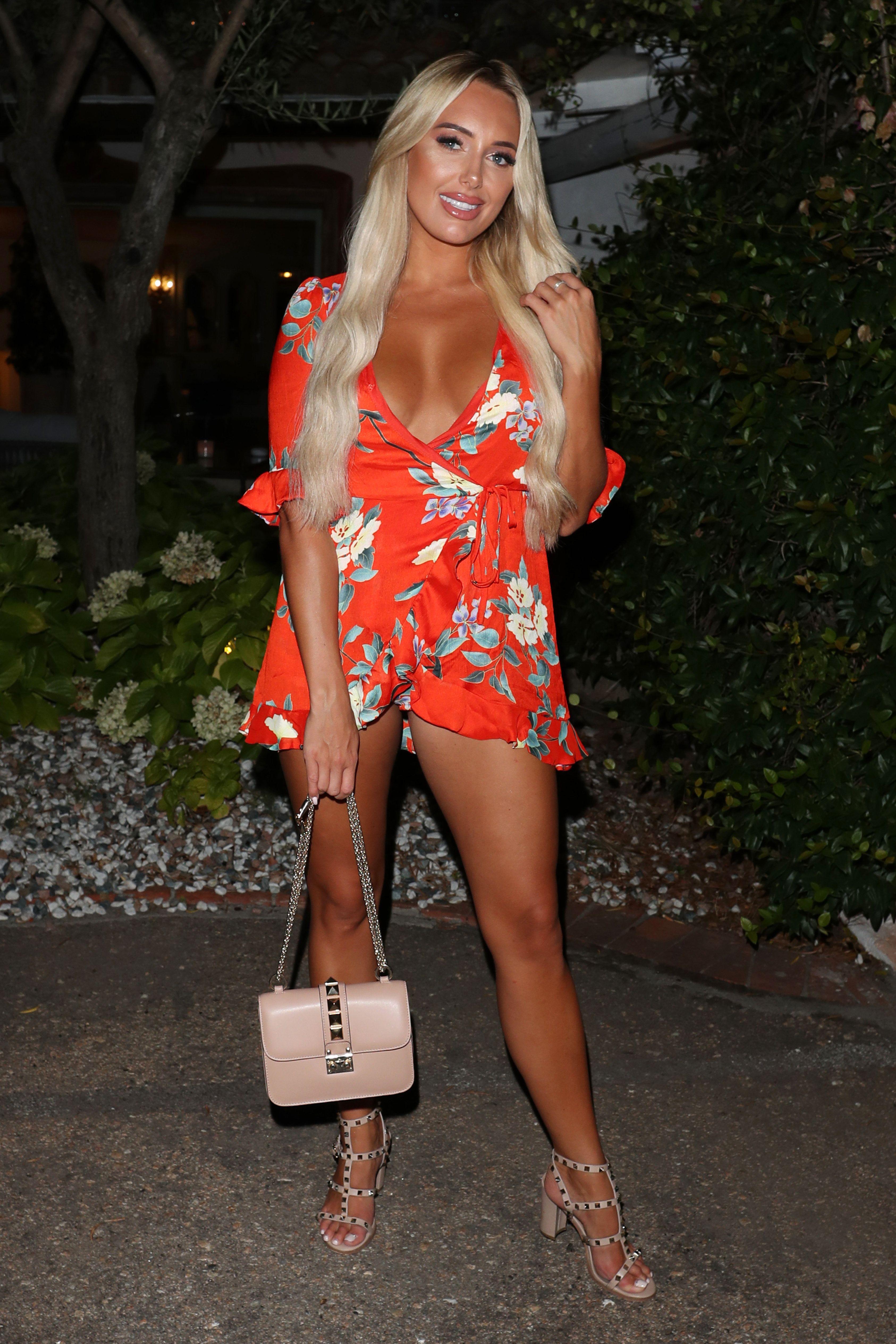 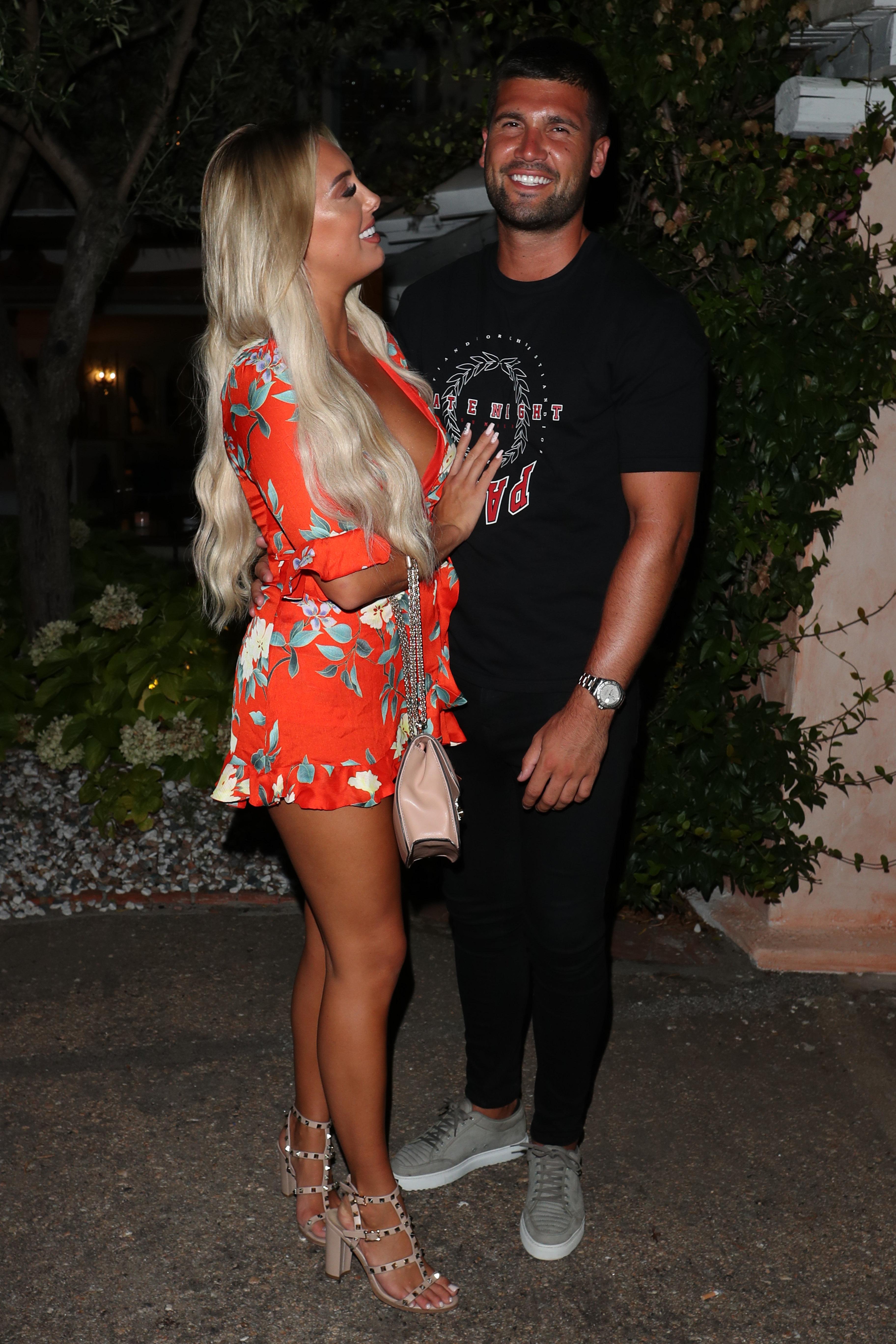 Having worked out their issues, Dan said: “We both realised we can't keep going round in circles and we've got to make our minds up.

“We both got bored of it and had to make a decision. It was all or nothing. But we’re very happy now.”

The Towie stars have jetted to Sardinia to film the twenty-third series, instead of their usual Marbella.

Earlier this month The Sun revealed many of the cast are fuming to have missed out on their beloved Marbs, which is known for its lively bars and clubs. 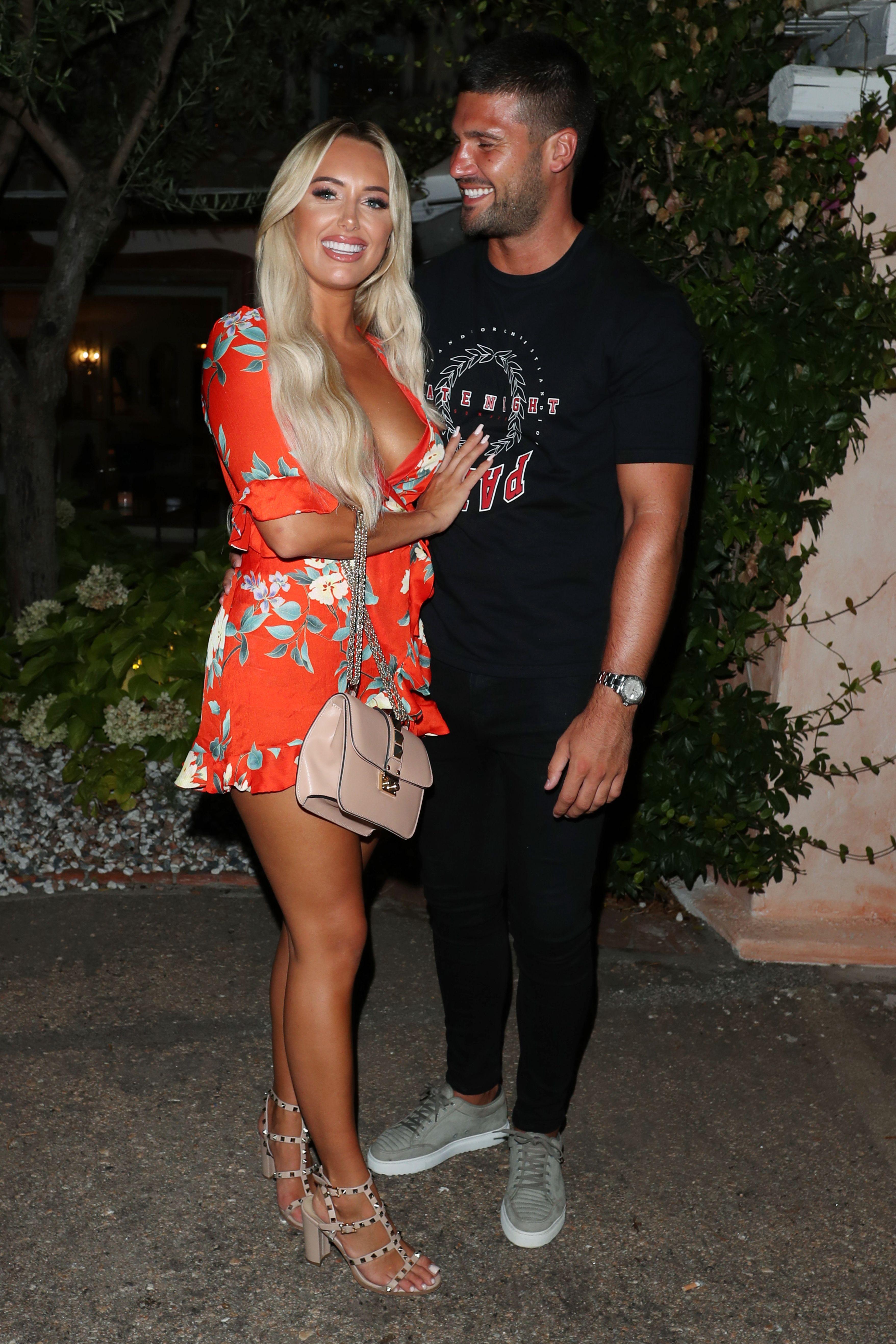 The stars feel Sardinia will not be as rowdy or create as much drama, as its synonymous with more relaxing holidays.

An insider told The Sun Online: “Every year, the cast beg producers to go to LA or Miami or Dubai, so when they heard it was Italy, some cast were furious because they think there are much more fun places to film.

“Only half the cast are going too – even though it’s not going to be wild clubbing and nights out, they’re all desperate to go! Nobody wants to be left at home.”