If you’ve been pulling your hair out trying to figure out why that certain Murder House character suddenly showed up on American Horror Story: Apocalypse, or are wondering when the Coven are finally showing up, you can chill now!

The first two episodes of the new season have undoubtedly been a disorienting experience for fans, largely because this has been promoted as a crossover season bridging Murder House and Coven. 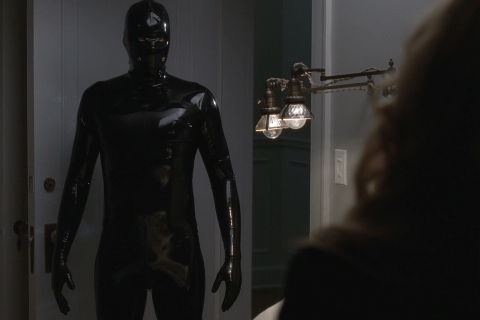 But so far, the story has largely taken place in a post-apocalyptic bunker run by the creepy Miss Venable (Sarah Paulson) and her potentially demonic partner Miriam (Kathy Bates).

Thus far, the only obvious crossover bits have been the arrival of Murder House‘s now-grown antichrist Michael Langdon (Cody Fern) and the Rubber Man in the bunker — and it was particularly baffling seeing the Rubber Man have sex with Mr. Gallant since Evan Peters plays both.

TheWrap chatted about what exactly was going on between the latter two with American Horror Story: Apocalypse executive producer Tim Minear, asking specifically if the Rubber Man was real or just a vision.

“Well, look, if you go back to Murder House, I think you were probably asking the same questions about Rubber Man,” he coyly answered. “Sometimes he seemed ethereal, sometimes he seemed corporeal, and sometimes he was kind of a combination of both. And I think that all of that applies. 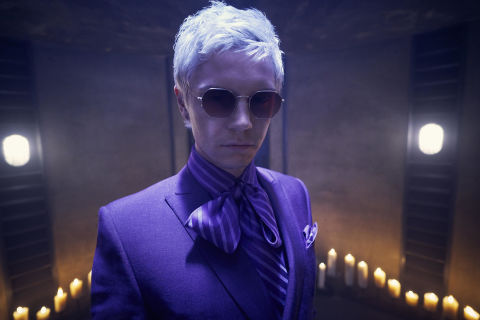 “On American Horror Story, it’s often a kind of dream logic — but there is a logic to it — but it’s a dream logic. So, yeah, we’re in an apocalypse, but if that place isn’t haunted, I don’t know what is.”

And since next week’s episode is set on Halloween, expect even more interplay between the physical and metaphysical, seeing as Murder House established that spirits move more freely between the two worlds on that night. 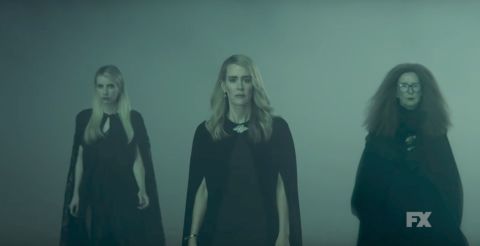 In terms of the crossover with Coven, Minear pointed out that it’s technically already started by having Fleetwood Mac’s ‘Gold Dust Woman’ playing in Outpost 3, but promised a full-on melding will be happening soon.

“I would say that it’s going to happen before you know it, and when it happens, it will snap your head around your neck,” he teased.

American Horror Story: Apocalypse airs Wednesdays on FX in the US, and lands on Fox on September 27 in the UK. Catch up on series 1-6 on Netflix, with season 7 available to buy on Amazon Prime Video.