Home » TV & Movies » ‘America’s Got Talent’ Finale Recap: Some Acts Convince Judges They Can Be the Winner

Kicking things off in season 13 finale is Brian King Joseph, who performs an incredible rendition of Kanye West’s “Heartless” epicly despite his neuropathy diagnosis.

AceShowbiz –
‘America’s Got Talent’ Finale Recap: Some Acts Convince Judges They Can Be the Winner
Kicking things off in season 13 finale is Brian King Joseph, who performs an incredible rendition of Kanye West‘s “Heartless” epicly despite his neuropathy diagnosis.

It is just one night away before the winner of “America’s Got Talent” season 13 will be announced. The NBC talent show aired the finale on Tuesday, September 18 in which the finalists took stage to deliver their last live performances before America votes. 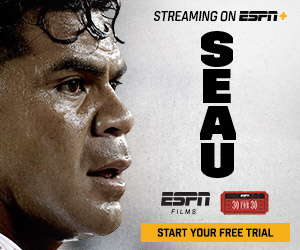 Daniel Emmet later followed the perfomance. For the finale, he opted for an Italian version of Ed Sheeran‘s “Perfect”. All the judges were stunned by his performance, saying that it was his best performance yet.

Vicki Barbolak returned to the stage with another incredible performance. The stand-up comedian donned a swimsuit as she thought the finale would gonna be a swimsuit finale. “Tonight, you were brilliant,” Simon Cowell told her.

Glennis Grace later hit the stage, performing a “sensational” ballad renditionn of “Run” by Snow Patrol. Simon said that if he was one of the producers of the upcoming Broadway musical of “The Greatest Showman” he would be calling her right away. Melanie Brown a.k.a. Mel B praised her for an undeniable, perfect voice, though it needed more “soul.”

Performing another show-stopping act was Zurcaroh. It was so amazing that Mel B thought they could win this season. Meanwhile, Heidi Klum called it “jaw-dropping” and believed the children were the icing on the cake.

Through his performance, Samuel J. Comroe hoped his inspiring journey would help his daughter to follow her dreams. Heidi was hugely impressed by the performance, telling him it was his best performance so far.

Courtney Hadwin, one of the frontrunners this season, took the stage to deliver another mesmerizing performance. She belted out Tina Turner‘s classic “River Deep – Mountain High”. “You are on fire,” Howie said. “We are watching a superstar in the making!”

Magician Shin Lim later performed yet another jaw-dropping performance. He opened his act by playing the piano in front of a haunting a backdrop before speaking about his carpel tunnel. Simon dubbed his performance “an amazing act,” something that he’d never seen before in his life. The judge even believed that Shin could win the competition.

Up next was Duo Transcend. They took the biggest risk for the finale performance which involved tossing them in the air while being blindfolded. Heidi loved the act, saying that it was sexy. Mel B added that they make things look easy and seamless.

Michael Ketterer rounded out the night, singing an emotional rendition of “Ain’t No Mountain High Enough” by Diana Ross.

Mel B dubbed the performance “brave,” though she wasn’t sure if it worked. Meanwhile, Simon called it the best final he’s ever been on.

The winner of “America’s Got Talent” season 13 will be announced in Wednesday, September 19 episode.

U.S. carries out airstrike against Iranian-backed militia target in…