So it’s no surprise that the tale of the five-Grammy-winning artist is finally going to be filmed. 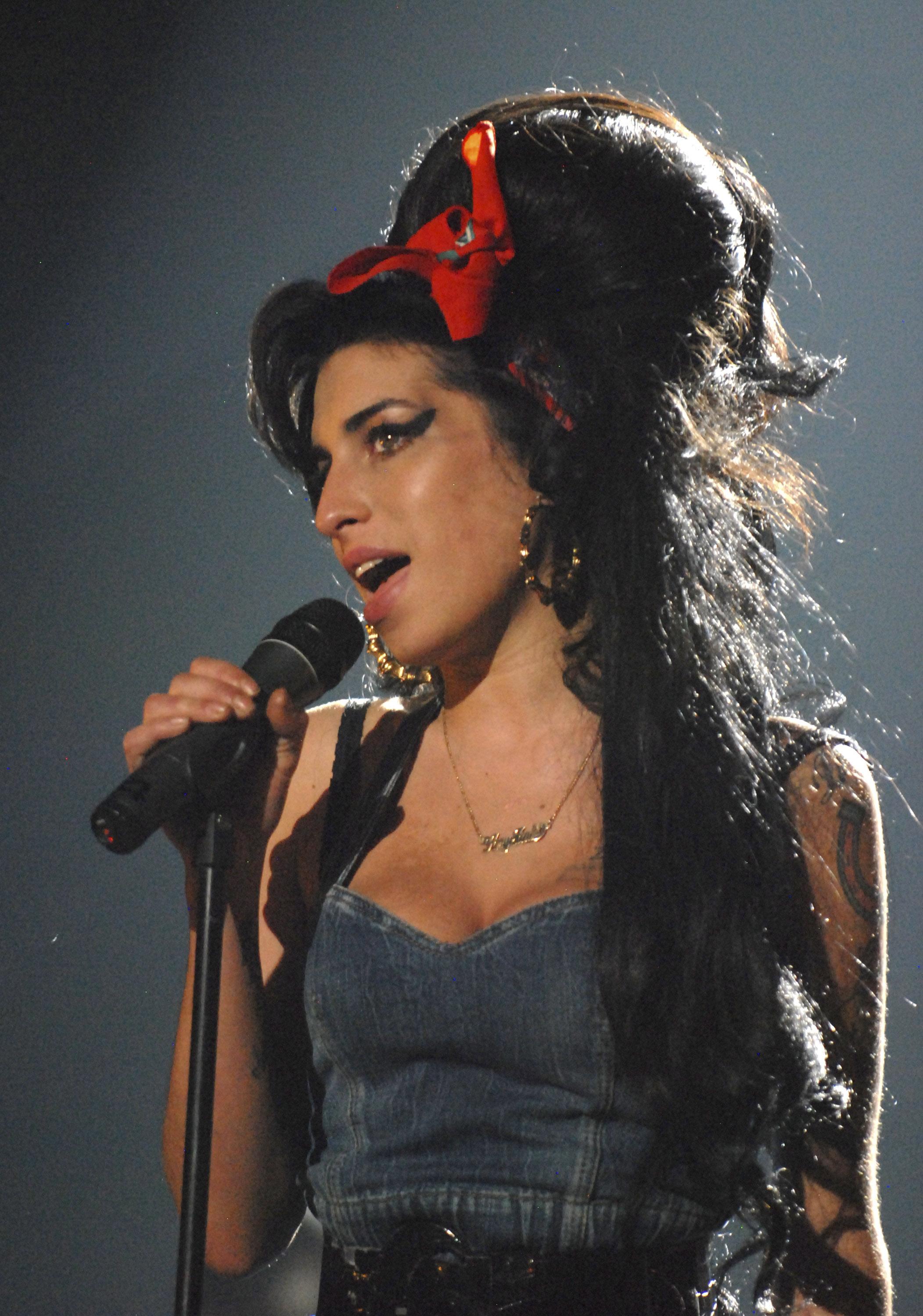 Her family has signed a multi-million-pound deal to make a biopic, which will be directed by veteran producer Alison Owen.

Amy’s story will be adapted for the big screen by Geoff Deane, who has written comedy movies Kinky Boots and It’s A Boy Girl Thing.

The Winehouse family signed the contracts with Alison’s company Monumental Pictures last week and the project is due to start filming next year.

It will be another high profile mission for Alison, whose production successes include Saving Mr Banks and Suffragette. 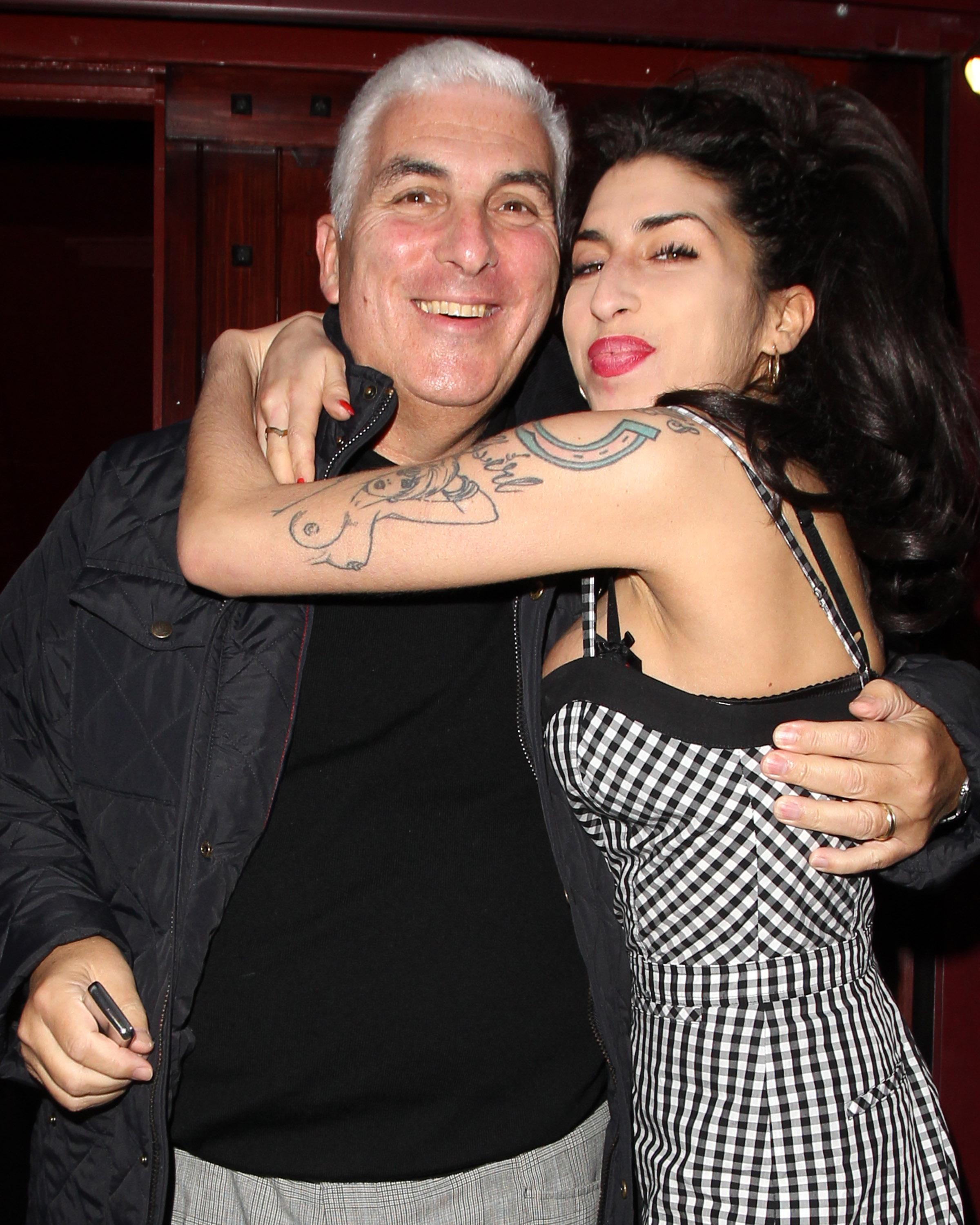 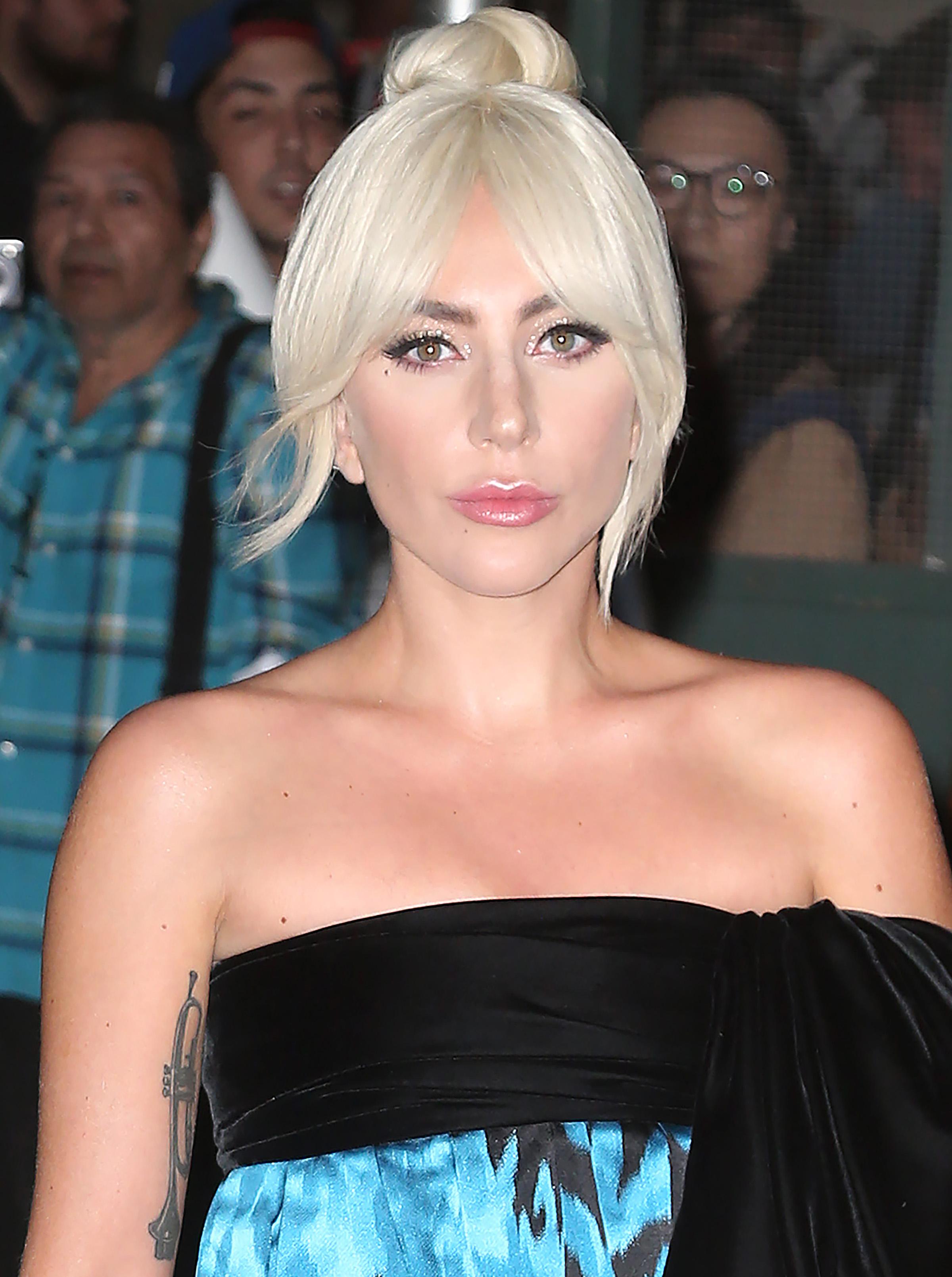 But they have yet to find an actress to play the icon behind hits including Back To Black and Rehab — with Amy’s father Mitch insisting Lady Gaga isn’t an option, despite her rave reviews for A Star Is Born.

Mitch said: “We have been approached many times.

“It’s obviously something that we are going to do, 100 per cent. What we want is somebody to portray Amy in the way that she was… the funny, brilliant, charming and horrible person that she was.

“There’s no point really me making the film because I’m her dad. But to get the right people to do it, that’s very important, and we will. 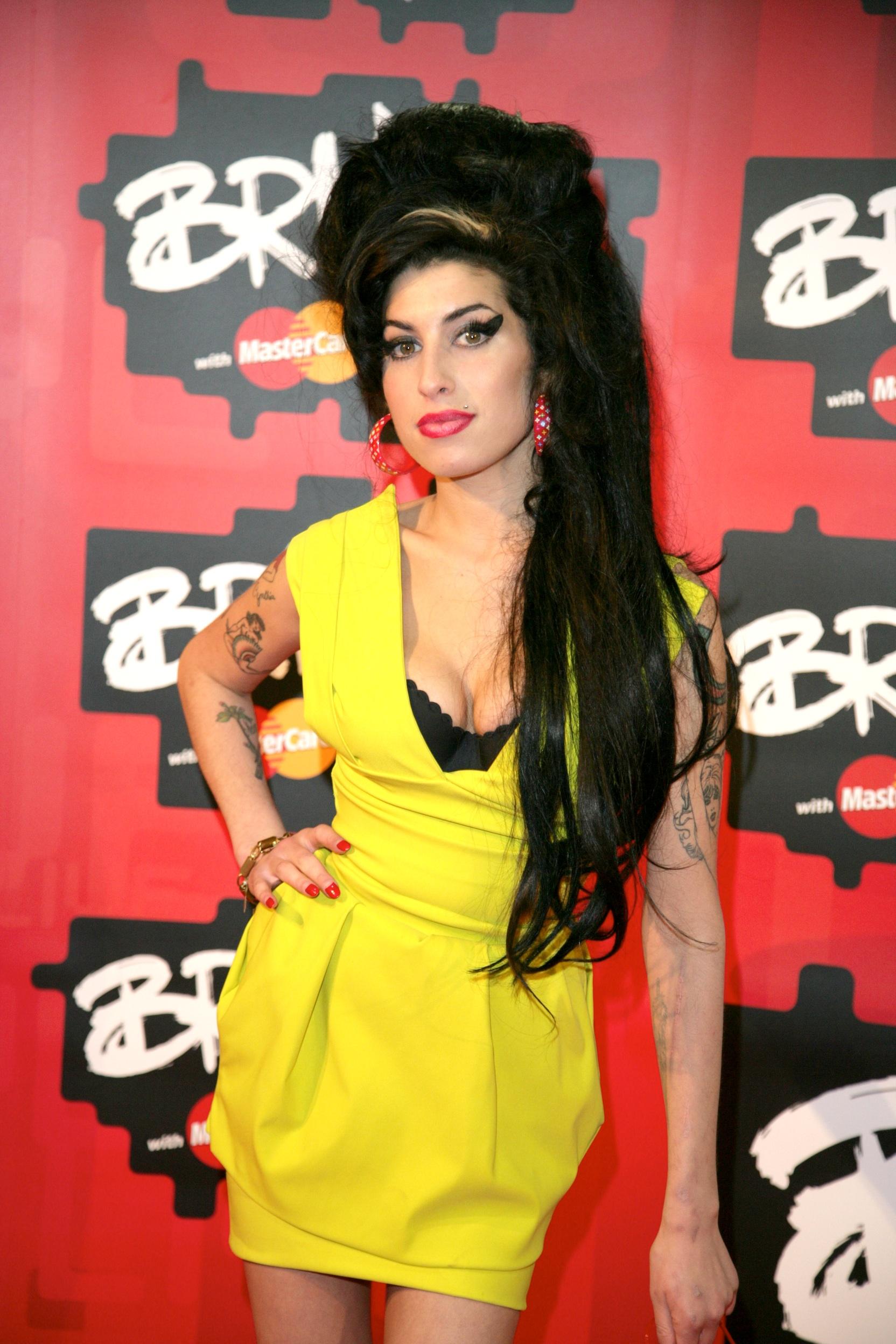 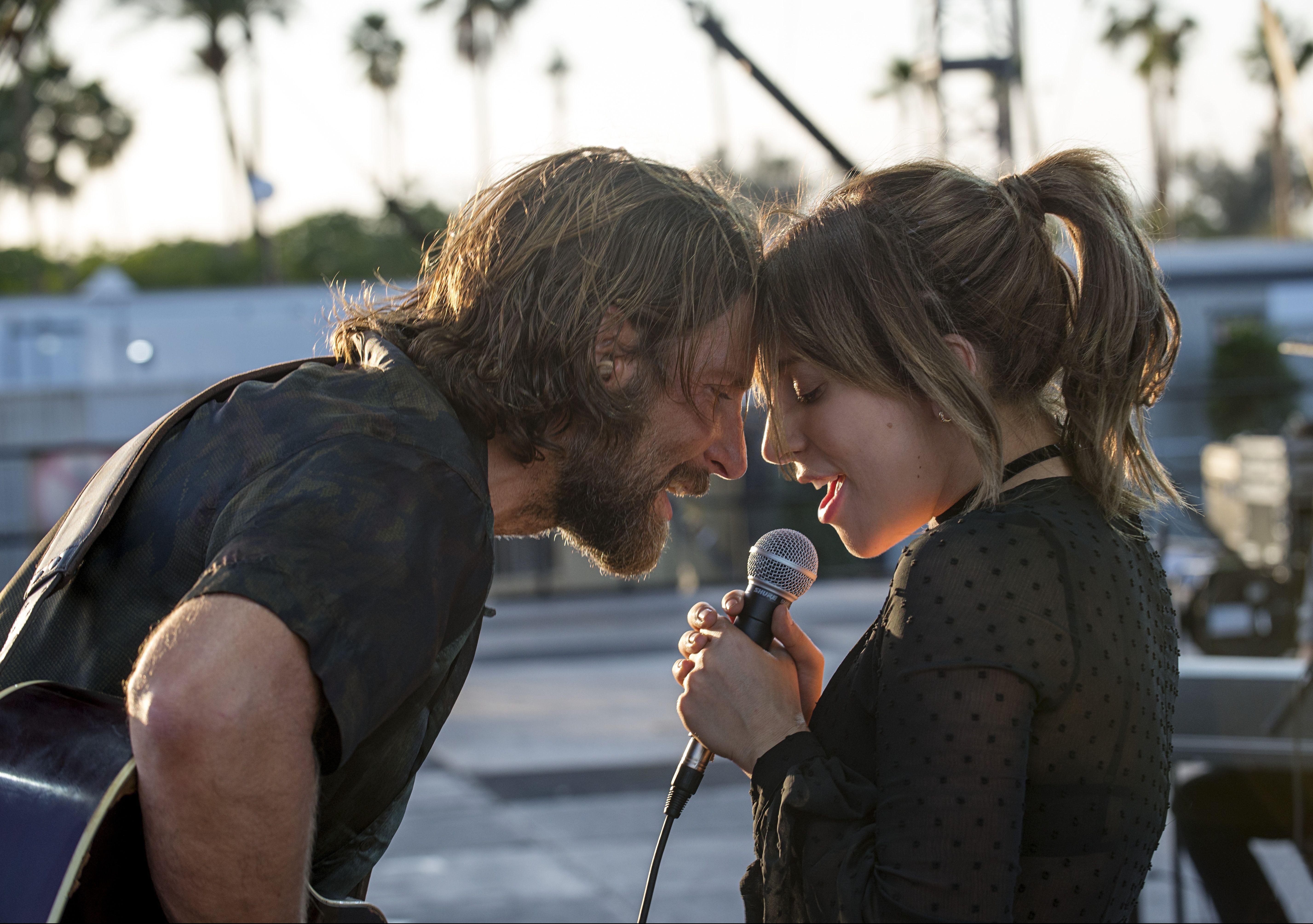 “It wouldn’t be Lady Gaga. She doesn’t speak our kind of English.

“I wouldn’t mind betting it would be an unknown, young, English — London, Cockney — actress who looks a bit like Amy.”

He was speaking at the Amy Winehouse Foundation gala held at The Dorchester in London.

The news comes days after the Winehouse family announced that a hologram of Amy would be going on tour to raise funds for her foundation, which works to prevent the effects of alcohol and drug misuse in young people.

As Amy was such a well-loved figure in music, these film-makers do need to tread carefully with this project.

SPENDING weeks at a time on set is enough to send any actor potty – but that happened to Jamie Dornan before he was even cast in his latest film.

He plays journalist Danny Tate in the HBO movie My Dinner with Hervé but infuriated the director Sacha Gervasi during the audition by breaking his loo. 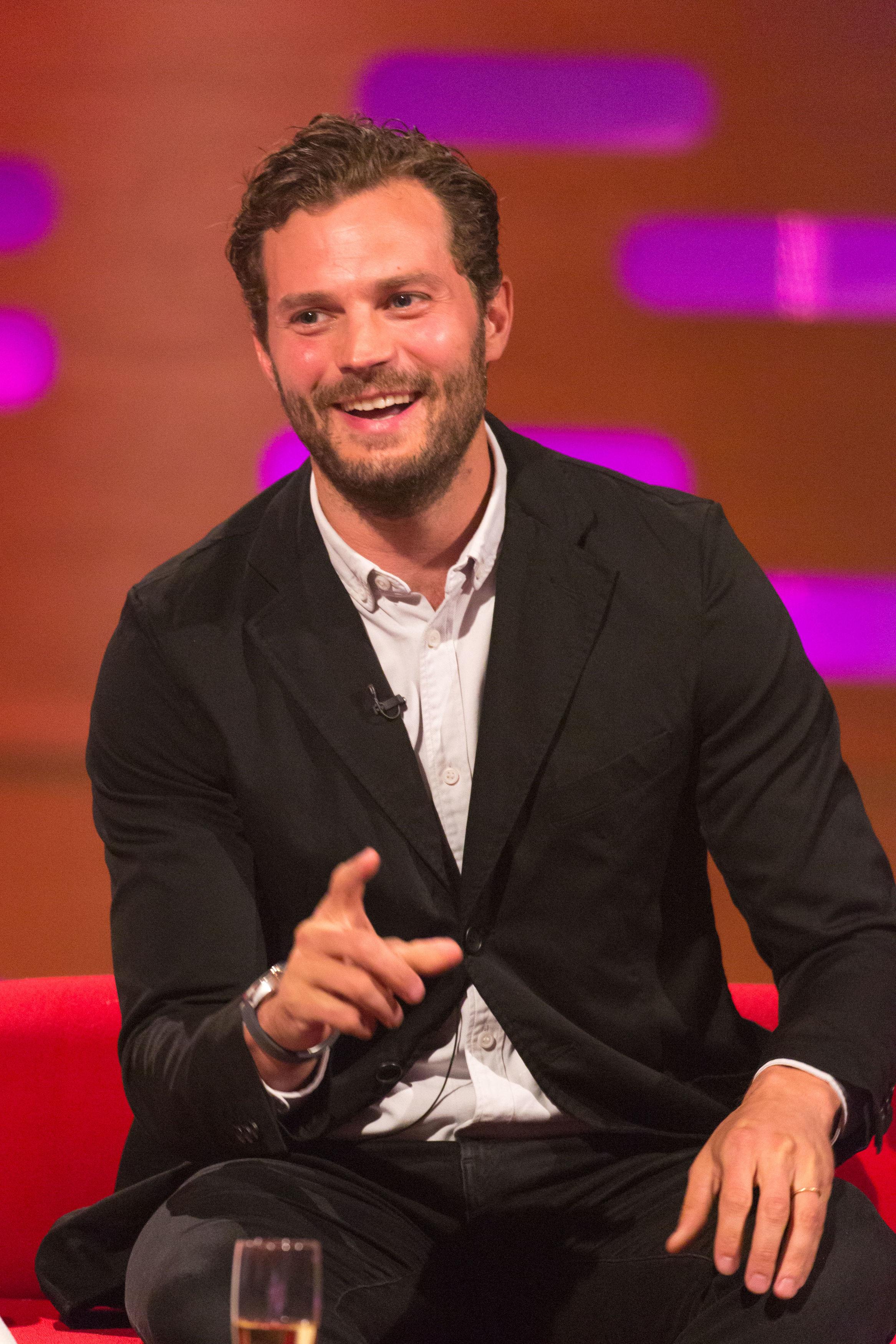 The Fifty Shades of Grey star was reading the script at Sacha’s London home when he let off stream in the bathroom.

In an exclusive interview, Sacha said: “We talked on Skype and had a good laugh before he flew to London to read the script at my house.

It was the first time we’d met and we were going through the scenes in my living room, he went to the toilet and I heard this massive smash.

“I thought, ‘Oh, well never mind’. He didn’t say anything and we continued working. It was only when he’d left I realised he’d completely destroyed my toilet, he’d smashed the seat.

“At that point we were still looking to cast him. Now that we’ve made the film I’m going to send him the bill.”

Someone should tell Jamie there are better ways of impressing your boss.

DRAKE has opened up about his feud with Kanye West, saying he believes the rapper stole ideas from him for his most recent album, Ye. The Canadian rapper explained: “This was like a manipulative ‘I wanna break you’ thing.’”

CARDI B claimed to be shocked when she walked into a surprise birthday bash thrown by her rapper husband Offset – but where else was she was going dressed like this.

She looked ready for a party in her Moschino get-up at Los Angeles bar Beauty & Essex on Friday. 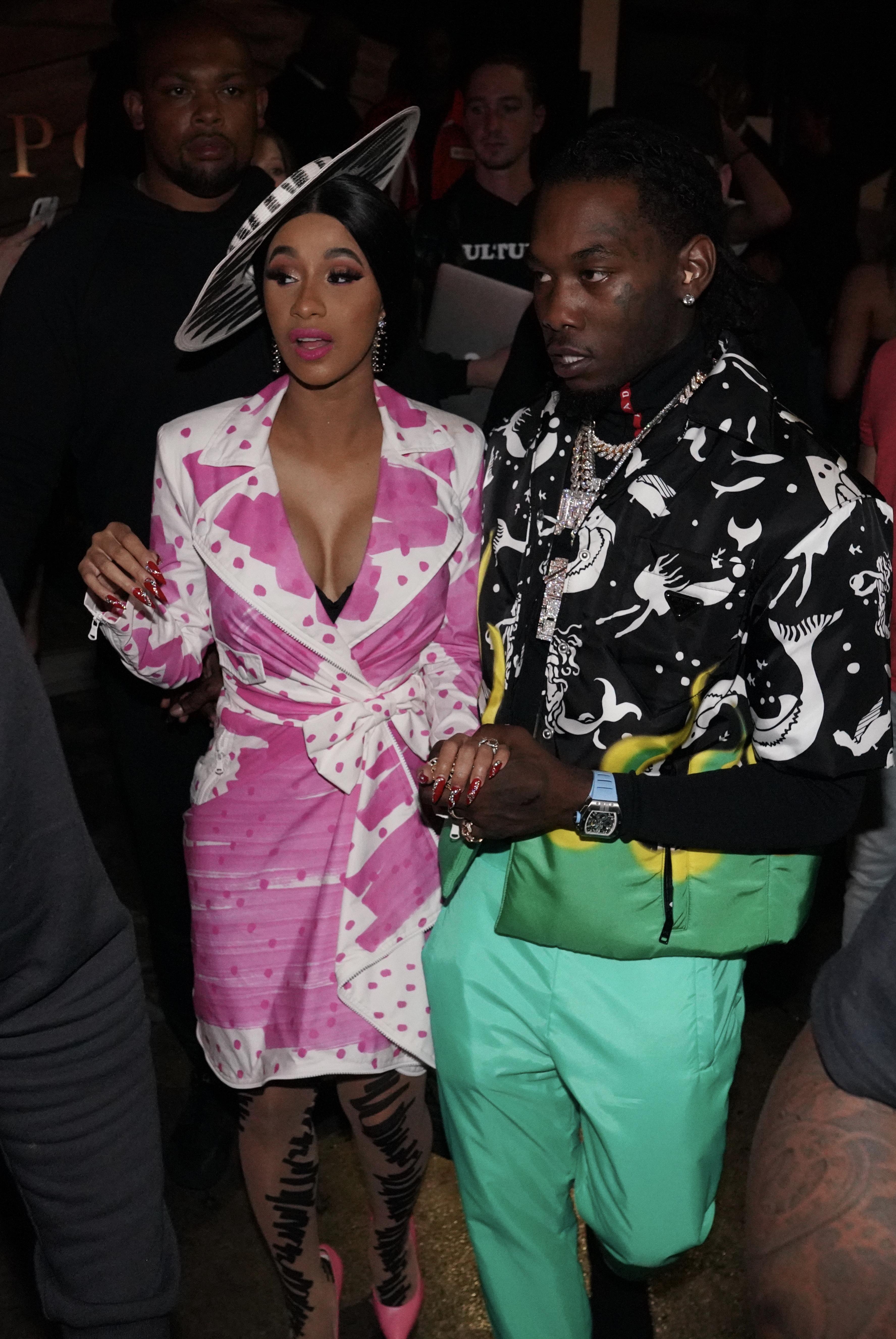 The venue had giant screens with various pictures of Cardi on a loop and she was gifted a huge bunch of red roses.

Beats a night down the pub.

Charli: Cam up and see me

EVEN in camouflage, there is no danger of Charli XCX blending into the background.

She wore this sexy shorts suit for a set at London club Heaven’s G-A-Y night on Saturday. 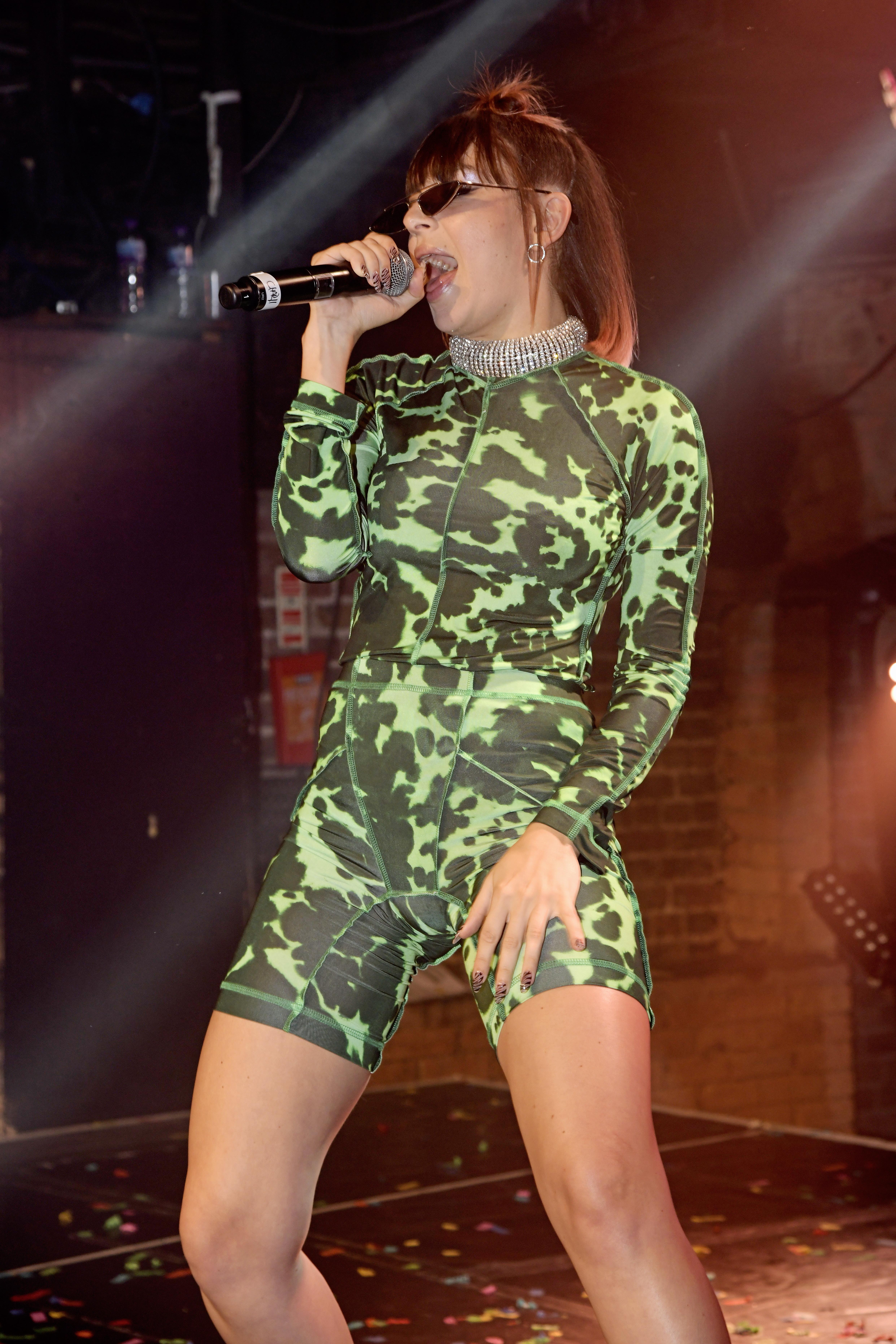 And she told the crowd: “I wouldn’t have got anywhere without the LGBTQ community. You guys have made me the artist I am, I am eternally thankful.”

Charli went on stage after 1.30am and was up early the next day to make a cauliflower cheesecake on Channel 4’s Sunday Brunch.

PALOMA Faith will release The Architect – Zeitgeist Edition on November 16, a deluxe version of her hit 2017 album. It will feature six new tracks including latest single Loyal. The orignal shifted more than 300,000 copies.

JADE Thirlwall does her best Victoria Beckham impression on Instagram – well, it’s one way to give Little Mix’s comeback single, Woman Like Me, a leg up the charts.

The whole band were celebrating its release with 30 of their biggest fans at a Spotify bash on Friday, where they partied the night away to a karaoke machine. 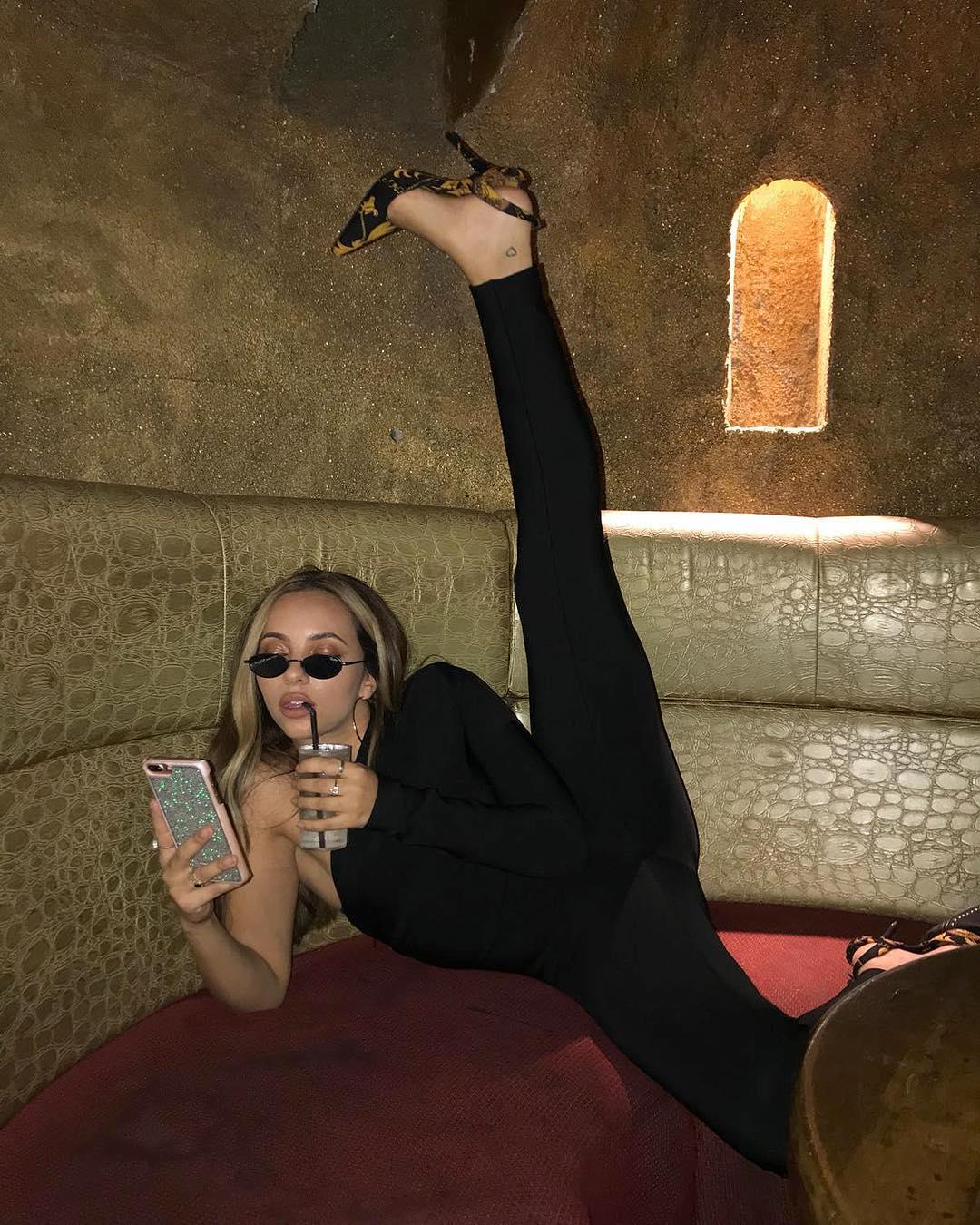 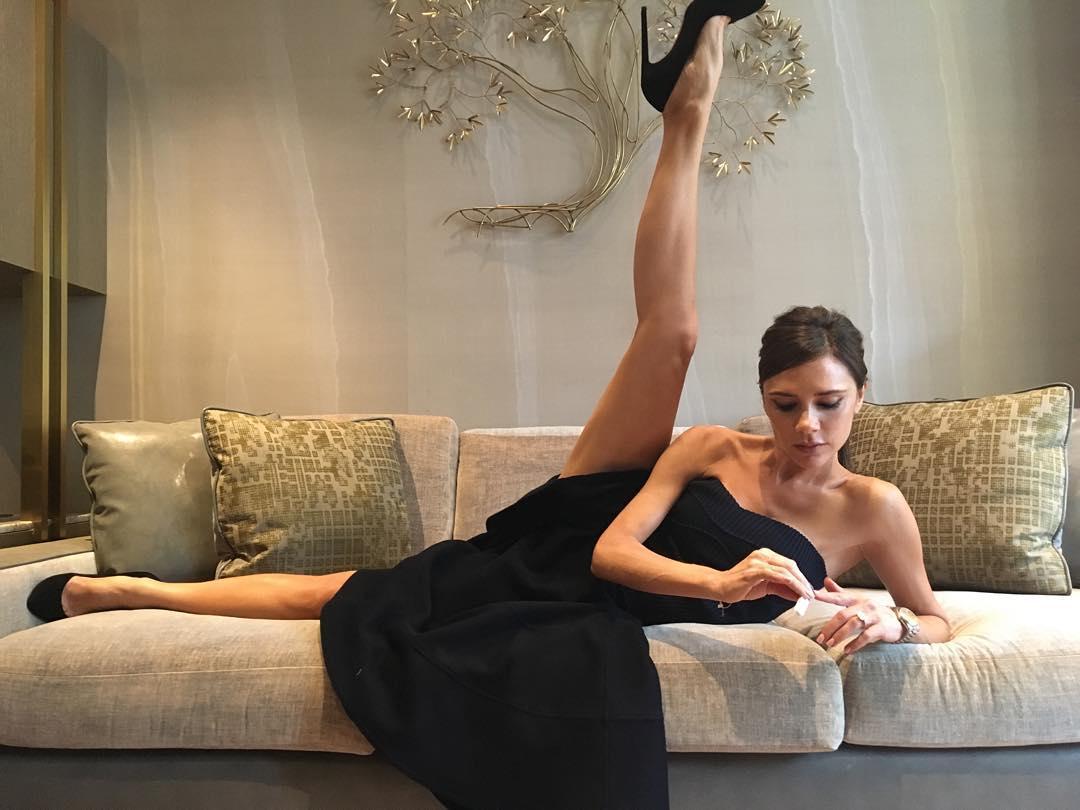 It racked up an impressive 3.4million Spotify streams – 200,000 more than its nearest rival.

RITA Ora is Hot Right Now as she leaps up the charts with Let Me Love You. The track is the sixth single to be taken from upcoming second album Phoenix, which will finally be released on November 23.

LADY Gaga returns to the charts for the first time in more than a year with single Shallow, from mega reboot A Star Is Born. The movie is doing very well too, currently sitting third at the box office.