Bravo producer Andy Cohen has moved from casual “work from home” sweats to downright rocking a robe and a smile. 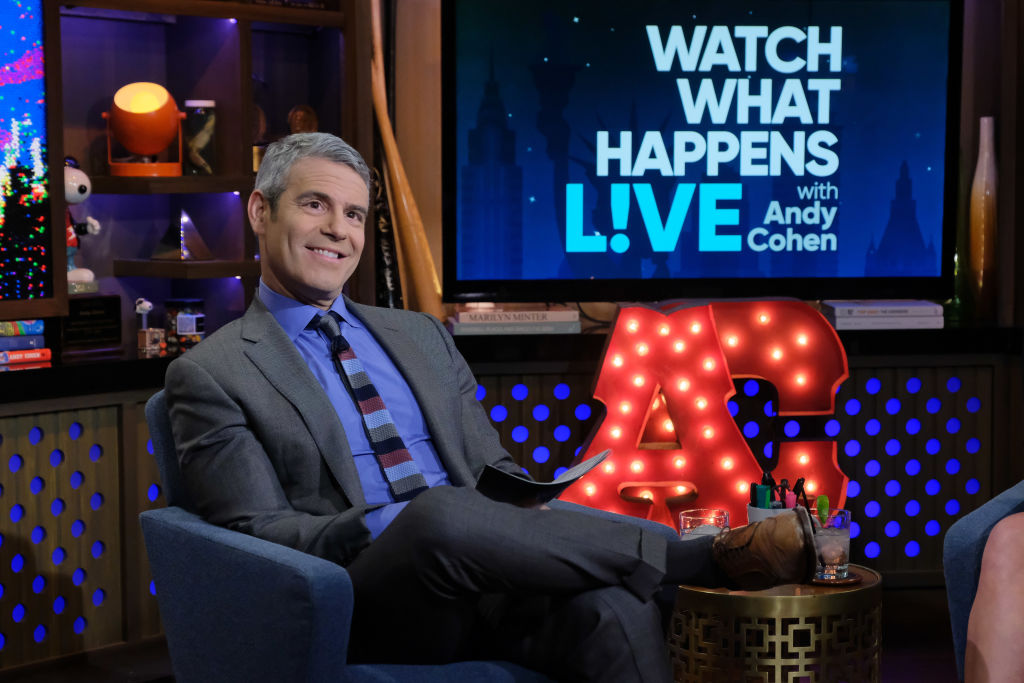 Bravo fans were pretty upset when Cohen announced that production was halted on his late-night talk show Watch What Happens Live with Andy Cohen. Viewers look forward to the cornucopia of colorful reality cast members and movie stars who grace the Clubhouse almost nightly.

Despite having to stop WWHL production, Cohen assured fans that his SiriusXM talk show would continue — from home. Fans quickly reacted to his tweet about the show. “We need you to get us through this! Please do lots of live instagramming!” one person wrote. Cohen reassured the fan that he’d be back on his radio show on Monday morning. “You got it! And I’ll be live on @RadioAndySXM Monday!” he replied.

Cohen is sharing a photo from his home office every morning before his radio talk show. His first share showed that he was getting into the “work from home” vibe. “Join me for #AndyCohenLive at 10am, with John from LA & Anderson Cooper to talk us off the ledge. @radioandysxm set us up with home units, so you’ve got Jeff Lewis, Bevy, & Amy broadcasting from their own self quarantines. (Mug by @williegeist & outfit from @lisarinna) Be smart, safe and kind! ♥️♥️♥️♥️,” he wrote.

Might have a new co-host this morning! I’m live with John & Dan Rather at 10 on @radioandysxm… (listen in link in bio)

Cohen took his child to work the next day as his son Ben stands on his desk. “Might have a new co-host this morning! I’m live with John & Dan Rather at 10 on @radioandysxm… (listen in link in bio),” Cohen wrote. Kyle Richards from The Real Housewives of Beverly Hills remarked, “I cannot get over this cuteness ❤️.” Meanwhile, Cohen’s personal trainer Stanislav (aka “Stanny”) Kravchenko noted Cohen’s burgeoning bicep.

By day three at home, Cohen finally gave into the robe. He continues to drink from his Today Show mug and a canister of Clorox wipes is a permanent fixture on his desk. He admits he’s given up on getting dressed at this point. “Day 3 of Radio-from-home, and I’m no longer getting dressed for work… link in bio to listen…”

Day 3 of Radio-from-home, and I’m no longer getting dressed for work… link in bio to listen…

Fans are totally here for Cohen’s new “work from home” look too. “Wahooooo drop the robe. Hehehe 😍,” one person flirted. Another added, “U need a shorter robe 😉.” Other people shared how they are handling their work from home attire too. “I change out of my sleeping pajamas into my work pajamas now,” one person remarked. Another wrote, “I have to get dressed or other than that I will be watching TV sleeping. Hopefully the clothes motivate me.”

Cohen arranged it so fans can listen to his radio show. The link he included in his bio takes listeners directly to his live radio show.