ANGELINA Jolie & Brad Pitt's teenage daughter Zahara looked so grown up while hitting the red carpet with her mother amid her parents' nasty divorce. 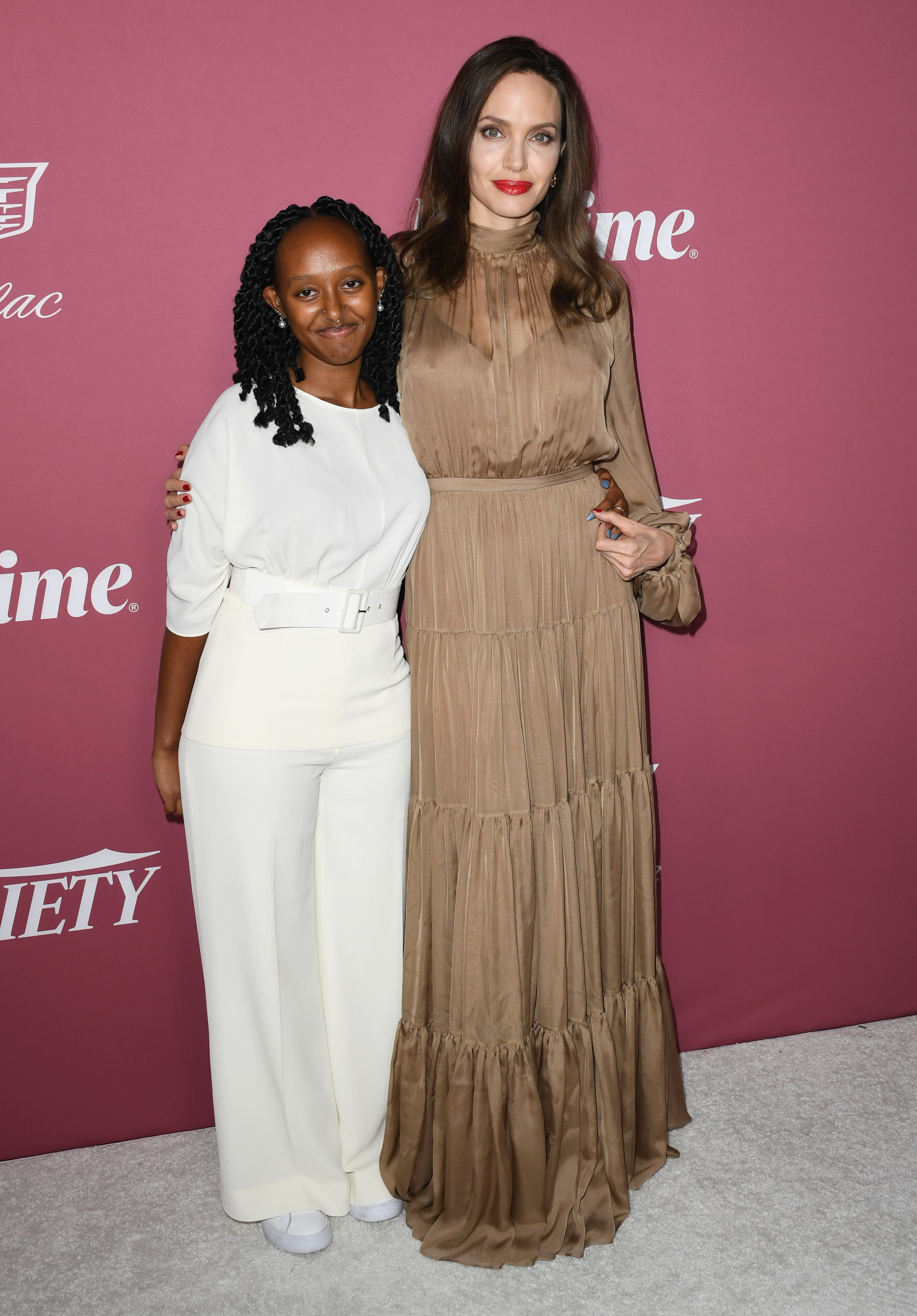 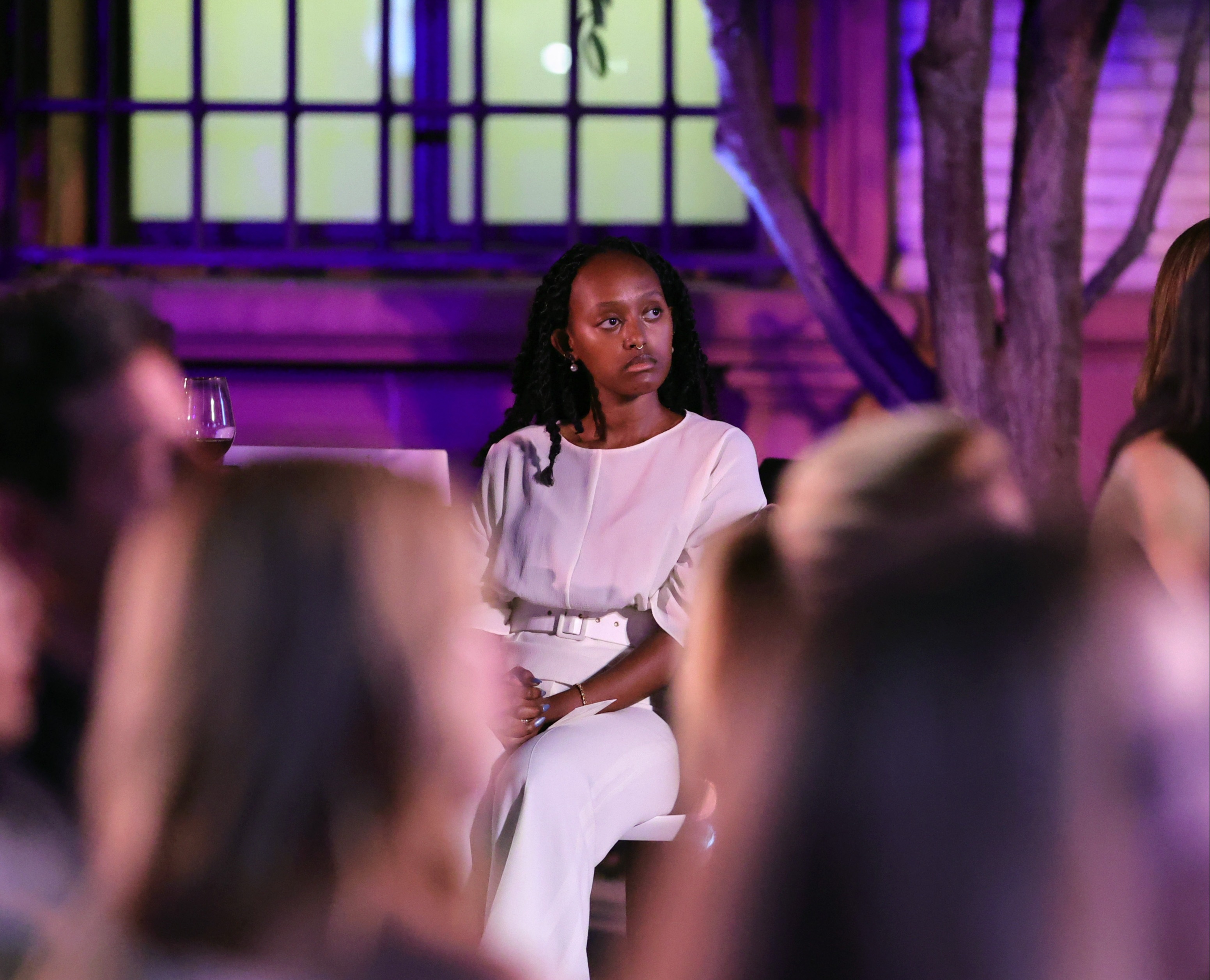 The mother-daughter duo attended Variety's Power of Women event together on Thursday in Beverly Hills, California.

The pair smiled as they strutted the red carpet, Angelina donning a long-sleeve brown gown, while Zahara wore a white fitted dress accessorized with a white belt.

The 16-year-old beamed with excitement as the two ran into honoree Katy Perry and her husband Orlando Bloom before the ceremony.

The Fireworks singer wore a puffy lavender dress with her blonde locks pulled back as Orlando sported a navy suit.

The famous couple graciously paused for a picture with Angelina and her daughter upon going inside.

The outing comes amidst Angelina and Brad's intense custody battle and fight over financial assets.

The former couple have been at odds since their sudden split in 2016 after two years of marriage and over a decade together.

The actress cited “irreconcilable differences” on the divorce papers and requested sole physical custody of five of their six children: Pax, 17, Zahara, 16, Shiloh, 15 and twins Vivienne and Knox, 13. Son Maddox is now 20.

The Maleficent actress's lawyers previously accused the Seven star of using his "celebrity" status to change their custody agreement.

Brad was awarded "joint custody" of their children back in May.

Earlier this month, Brad blasted Angelina as "vindictive" in a new lawsuit which alleged she was working to cut Brad out of a deal to sell her shares of their $164 million property in France.

The exes have since reached an agreement on selling their estate, agreeing to lift a “standard temporary restraining order” on their assets.

Due to the agreement, it will now allow the former pair to sell their possessions owned during their marriage, giving Angelina a chance to sell off her share of their French estate, Chateau Miraval.

While the duo may have come to one agreement, the chaos looks like it will continue, as Brad recently filed a lawsuit against his baby mama.

The lawsuit alleged that Angelina is trying to sell her shares of the mansion without allowing the actor his "right of first refusal and profit," despite the "incredible amount of work, time and money" that he has claimed to put into it.

The property is reportedly owned by the company Quimicum, which is part owned by Brad through his company Mondo Bongo and by Angelina via her company Nouvel.

The documents claimed: "It is worth mentioning that, for the last four years, Nouvel did not act in the best interest of Quimicum by systematically delaying the approval of the annual accounts and the renewal of the manager.

Despite the ongoing feud, Angelina seems to have found a new love interest as she has been spotted out numerous times with singer, The Weeknd.

The two reportedly had dinner together last weekend as rumors swirled that the two may be an item.

A source told Us Weekly Angelina “lights up” when she talks about her budding relationship with The Weeknd, whose real name is Abel Tesfaye.

They went on: “Both Angie and Abel are telling people that they are just friends, but those who know them think something romantic is going on."

The insider noted the singer “is in awe of” the Academy Award-winning actress.

According to Us Weekly, “friends believe things could turn romantic” between The Weeknd and Angelina who is still “playing down talk of anything serious.

"He’s been pouring on the charm and going out of his way to impress her.”

Back in July, the two had been "spotted on another secret date at Mustafa's private concert LA," according to Instagramer Deuxmoi.

At the beginning of that month, Angelina appeared to be on a romantic date night with the musician in Los Angeles again at Giorgio Baldi.

The pair reportedly spent hours at the restaurant, before leaving separately to avoid raising suspicion.

Meanwhile, there has been speculation that Brad may have rekindled his romance with ex-wife Jennifer Aniston.

In June, Jennifer divulged she still speaks to her ex-husband Brad Pitt despite him "leaving her for Angelina Jolie."

Jennifer, however, insisted that there is no romance brewing between the former couple. 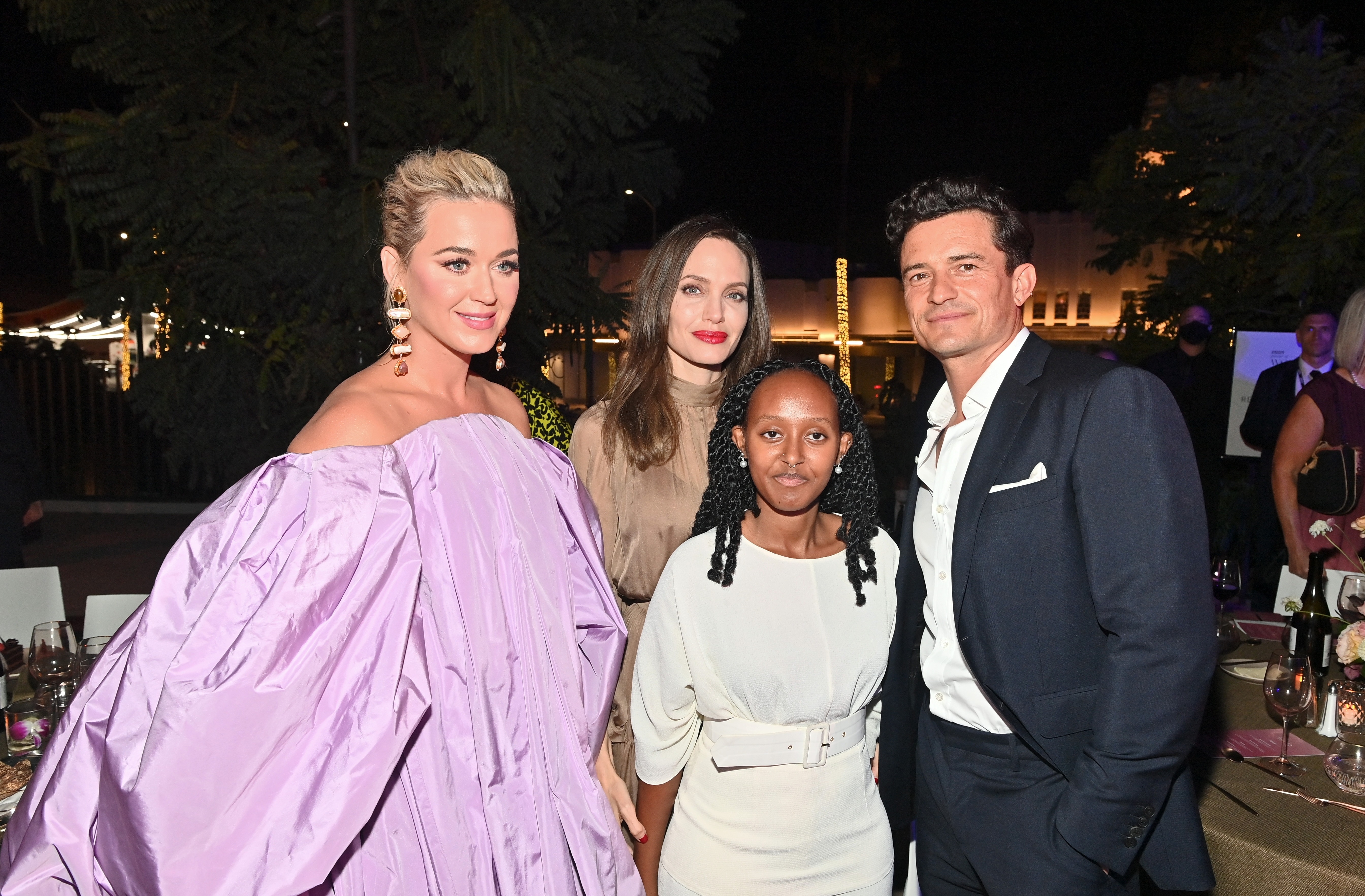 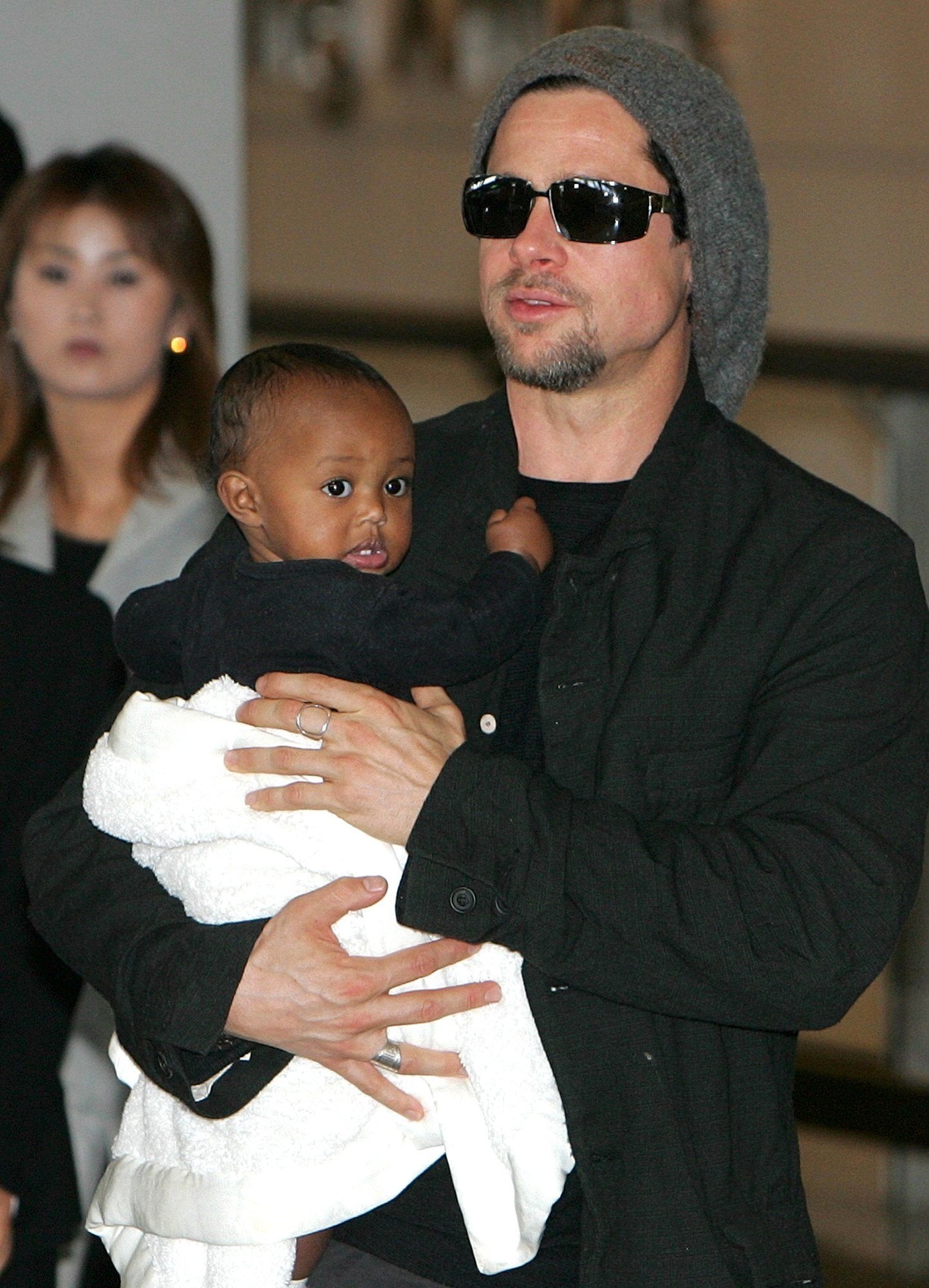 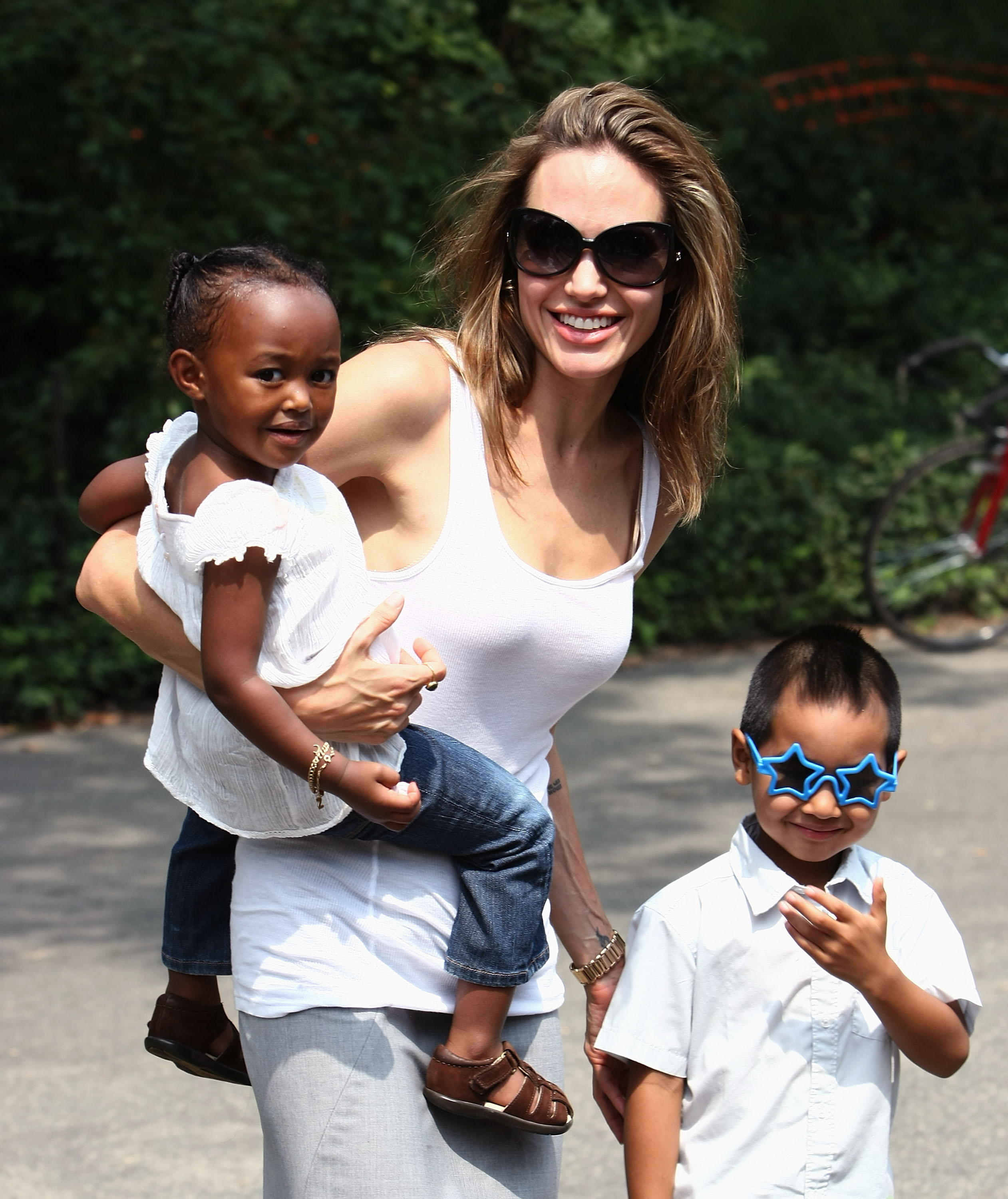