As we’re settling in for possibly weeks of essential isolation, the question becomes: Who do you quarantine with? For actors Ashley Benson and Cara Delevingne, the choice was simple. The two celebrities are making the most of their downtime during the coronavirus (COVID-19) pandemic. Here’s one way they’re having fun that involves Keeping Up with the Kardashians, oddly enough.

Ashley Benson and Cara Delevingne are a couple 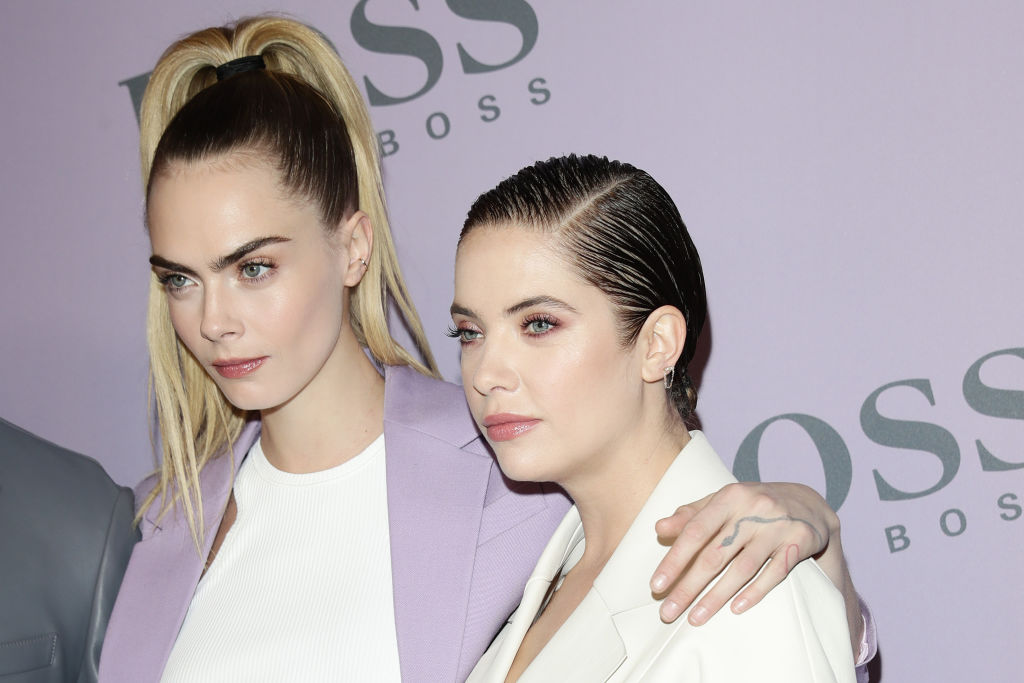 Before getting into what they’re doing, here’s a refresher: Delevingne (left) is a British actor who got her start as a model in her teenage years. She’s appeared in films such as Paper Towns, Valerian and the City of a Thousand Planets and Suicide Squad, and stars in the Amazon Prime series Carnival Row.

Benson, meanwhile, is best known for her starring role in the teen mystery drama Pretty Little Liars. She got her start on TV in the soap opera Days of Our Lives. She has also appeared in films like Spring Breakers and Her Smell, the latter of which is where she met Delevingne. They’ve been dating since 2018.

Benson has been getting into TikTok lately

Even before a national emergency was declared in the U.S., Benson, ever the young, social media-savvy celeb, had been getting into TikTok. She hung out with her PLL pal, Shay Mitchell, and the two did a dance together. Benson also “flipped the switch” with her Spring Breakers co-star Vanessa Hudgens.

While TikTok can be fun for bonding people, it also works as a good solo activity. Maybe that’s why, in early March 2020, Benson began to post TikTok Duets of her mouthing the words to moments from episodes of Keeping Up with the Kardashians.

It’s been entertaining to watch Benson pretend to be Kris Jenner, Kim Kardashian West, and more. But it’s even more fun when she gets Delevingne in on the action. And now that they have so much time to spend together inside, we have a feeling we’ll be seeing more of these.

In the above video, Benson is Kourtney Kardashian, arguing with her ex, Scott Disick. Meanwhile, Delevingne is playing the part of Disick. It’s a silly one, to be sure. Especially fun to watch is Delevingne truly capturing Disick’s essence.

Benson made another with more friends

Delevingne and Benson don’t appear to be social distancing just the two of them. On March 17, 2020, Benson shared another TikTok, this one featuring dialogue from RuPaul’s Drag Race. Along with Delevingne, model Kaia Gerber and actor Tommy Dorfman (13 Reasons Why) are also in the video.

Joining the four of them appears to be actor Margaret Qualley (Once Upon a Time in Hollywood), who is seen in yet another video posted by Benson. Despite everything that’s going on, this group of celebrities is having a great time just hanging out and creating content.