They came, they saw, they crashed out in Stage Two again.

The grand final of Nine's Australian Ninja Warrior once again ended anti-climactically, as none of the remaining 24 competitors managed to conquer the obstacle course for a shot at Mount Midoriyama and the show's $200,000 jackpot.

"We know in America it took seven seasons before a ninja managed to reach the top," Fordham said as the episode opened.

"As we saw in our first season, a winner will only be declared if they make it successfully through Stage Two and Three, and to the top of Mount Midoriyama," Maddern followed-up, clearing any remaining confusion.

The episode saw all 24 competitors failing to complete the second stage, with Brisbane's Rob Patterson, 22, and Sydney's Bryson Klein, 20, the only contestants to clear the course's notorious salmon ladder. 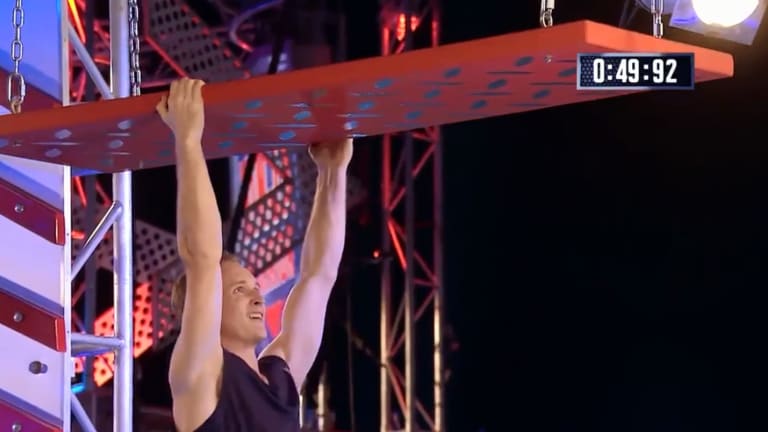 Brisbane’s Rob Patterson went “furthest and fastest” in the final.

Favourite Ashlin Herbert, who blitzed the grand final's first stage on Monday, only managed to get through three obstacles before falling into the pool.

"Can you believe it? The course wins again in season two," Fordham exclaimed rhetorically as Herbert pulled himself out of the drink.

In the end, Patterson earned the honour of going "furthest and fastest", grabbing a special medal for being the "best of the best of 2018".

Nine's early promos had promised a "history-making" season for the family show, suggesting a contestant was at least set to tackle Midoriyama's 22-metre frame.

Its groundbreaking landmark, however, came last week when Olivia Vivian became the first woman to qualify for the show's finale. 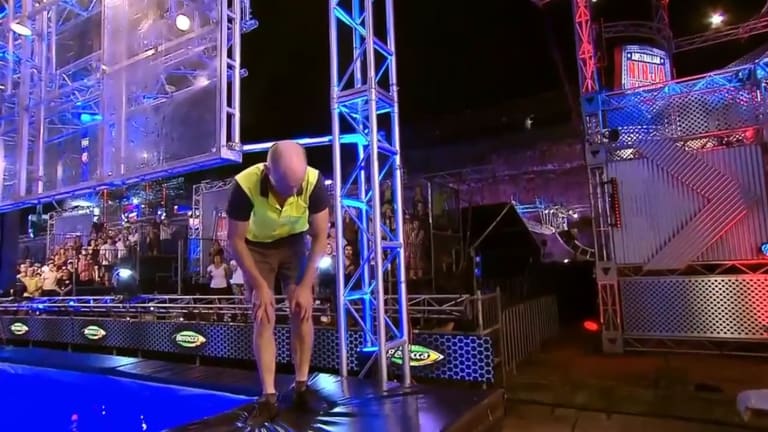 "I'm fine, just my legs aren't… I guess, that's just life," he told sideline presenter Freddie Flintoff after being assisted off the course.

Signing off, Fordham suggested a third season of the series would air on Nine next year, with its jackpot prize increasing to $300,000.