First rule of appearing on reality television: scrub your social media of any controversial or offensive content.

The Bachelor contestant Shannon Baff, who's currently competing for Nick "Honey Badger" Cummins' love on the show, has apologised for using the n-word on her personal Instagram page.

The aspiring actress and model had used the racial slur as part of a hashtag on two posts earlier this year. It is understood the hashtag was part of an in-joke between herself and a close friend who is a person of colour.

The hashtag has since been scrubbed from the two posts. A Network Ten spokesman said Baff was "deeply sorry" for her use of the word.

"Shannon has removed the hashtags and is deeply sorry for any offence she may have caused," he said. 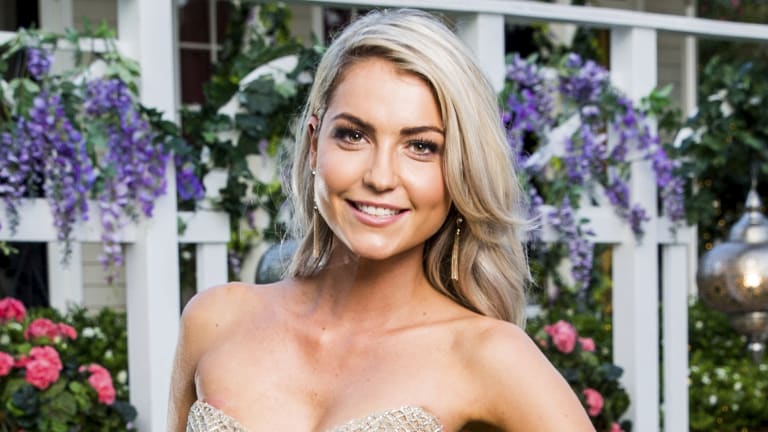 Shannon Baff from The Bachelor 2018.

Baff is the first contestant on this year's season of The Bachelor Australia to score a date with Cummins.

Easy-going and personable, she won viewers over in the very first episode after admitting to the camera that she was "sh-tting her dacks" just thinking about meeting the former rugby union player.

She later revealed she was left heartbroken after an almost five-year relationship broke down. The 25-year-old, from Melbourne, said she agreed to go on the show because she'd been single for the past two years and was ready to find love.

The Australian series of The Bachelor has come under fire over the years for its mostly white cast.

Last year, then-Bachelor Matty Johnson addressed the controversy and pointed the finger at producers who ultimately decide who gets to appear on the show.

This year's series features the first-ever Indigenous bachelorette, Brooke Blurton. There is also a contestant with an Indonesian background, as well as contestants with Polish and Russian heritage.