Christopher Lloyd has managed to make us all nostalgic as he shared a photo of himself with three of his Back to the Future castmates.

It could have been a scene from the time-travelling film, as the actors reunited 33 years after the classic sci-fi was first released in 1985. 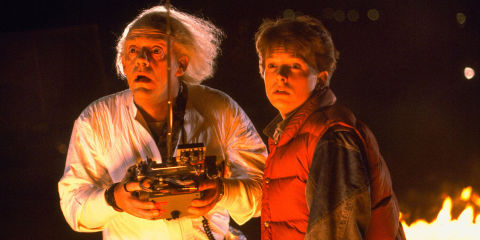 And Lloyd, who played eccentric time-travelling scientist Doc Brown in the ’80s franchise, clearly couldn’t resist getting the gang together for a snap which he shared on his Instagram.

“This was special,” he captioned the photo.

And he’s not wrong either – the group haven’t got together in public since 2015, so it was a big moment for fans of the classic movies.

While they were all together they discussed the possibility of making a fourth instalment in the franchise but it sounds like the actors aren’t all that keen, according to Metro.

“Basically, I think America is saying, ‘Come on they’ve wrecked every other franchise with bad sequels, why not this one?'” Wilson said. “C’mon, we would watch it until it sucks.”

Fox added that the actors have no say in whether another movie gets made, saying that co-creator Bob Gale is the “gatekeeper of the franchise”.

And Robert Zemeckis, director and co-writer of the three films, previously told Digital Spy that he’s constantly telling film studios that he’s not interested in making another, despite rumours to the contrary.

“It’s making them insane that we don’t want to do another Back to the Future,” he said. “It’s like a pre-sold title for them – it would open gigantically [at the box office]. That’s all that anyone cares about.”

So it seems that the only time the DeLorean will be getting fired up in the near future will be when the cast fancy a reunion photo shoot.