A scandal at one of News Corp’s major television outlets probably isn’t the warm welcome Rupert Murdoch hoped for. The 87-year-old media mogul, who arrived in Australia on Friday, was greeted by the growing storm engulfing Sky News.

No doubt he'll have many questions about the disaster that unfolded on The Adam Giles Show last week: far-right extremist Blair Cottrell, a convicted criminal who wants a picture of Hitler in every classroom, proposed a ban on immigration to Australia – white South African farmers excepted.

Giles’ program was immediately put “in recess” but that did little to stem the public outrage and internal revolt. Anchors David Speers and Laura Jayes criticised their employer on Twitter while commentator Craig Emerson quit in disgust. American Express, Huggies and Specsavers pulled their ads. And Victorian transport minister Jacinta Allan ordered Sky’s removal from Melbourne train platforms (though commuters only saw its news and weather bulletins, not its commentary).

Of course, Sky is no stranger to controversy. Since adopting its “right at night” strategy – replacing news with conservative opinion in prime time – it’s endured public criticism, bitter in-fighting and dramatic staff departures. One wag suggests Foxtel could edit these highlights into a reality show: The Real Housewives of Sky News.

Despite the Cottrell saga prompting an apology from Sky boss Angelos Frangopoulos, and a mea culpa from news chief Greg Byrnes, the crisis shows no signs of abating. Yet insiders say Sky has no intention of reversing its rightward lurch, which has delivered record ratings and revenue to the once-sober (and obscure) news channel.

Since 2015, Sky's prime time average audience has grown from 16,000 to 28,000. The Bolt Report is sitting on 43,000 (up by 6000 since 2016) while Outsiders averages 38,000 (a jump of 6000 since its launch last year). These audiences are tiny compared to those watching free-to-air; the first half-hour of Channel Seven's 6pm bulletin, for instance, averages more than 1.5 million viewers nationally. But pay TV doesn't require mass audiences for individual shows. Rather, it chases “masses of niches”, wooing subscribers with dozens of channels and thousands of programs. 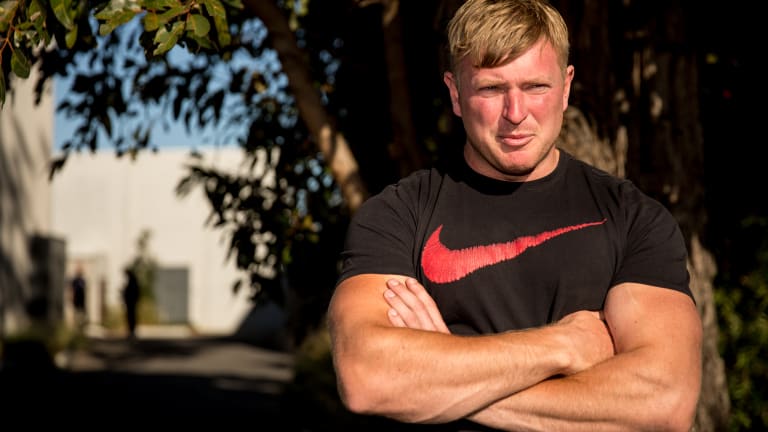 Blair Cottrell’s appearance on Sky News sparked a backlash against the station.

Sky is frequently Foxtel’s top-rating channel at night thanks to programs such as Credlin, The Bolt Report, Outsiders and Paul Murray Live. No one understands this better than Murdoch, who made a fortune from Fox News in the US after the late Roger Ailes dialled up its shouty, populist outrage. Murdoch's son, Lachlan – now CEO and chairman of Fox – also reportedly endorses this right-wing strategy. Meanwhile, joint venture partner Nine will take comfort in Sky’s improved ratings as the two outlets prepare to launch the Your Money channel later this year. (Both companies say this will proceed despite Nine’s planned merger with News Corp rival Fairfax Media.)

"In 2018, you have to push to get attention,” says one Sky insider. “That applies equally to a TV drama or a reality show. And when you push the line, at some point you’ll put a toe or a whole foot over it. Then you go, ‘OK, it’s time to step back.’ 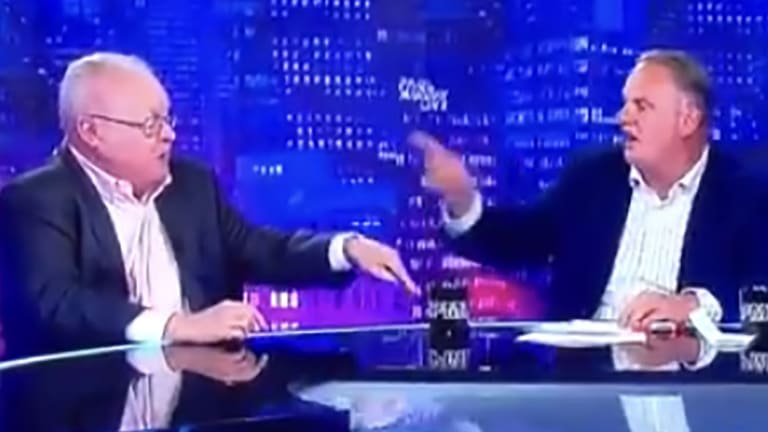 Observers say the shouty, argumentative style of Fox News in the US is being applied to Sky News Australia.

“There's no plan to go back to a format that people didn't watch."

The staffer likens Sky to a newspaper’s opinion pages with different (and often contradictory) points of view: "There's no meeting where we sit down and go, 'How can we court controversy today?'" Frangopoulos agrees: "We are a views and opinion channel and have a wider cross section of views than anywhere else on TV," he says. "Our viewership numbers prove it’s something valued by Australians and we will continue to invest in it."

Putting the Cottrell debacle aside, the belief that discussing a contentious idea equates to its implicit endorsement leaves the insider riled: "It's the central problem with public debate today … that's why it's important we push back against orthodoxy and groupthink."

Another sees Sky's strength as its occasional weakness: young, overworked producers answering to presenters with extensive editorial control. "That works fine if you have experience and journalistic integrity; it actually allows you to be incredibly nimble,” says the source. “But some of these producers are more like production assistants. They don't even have time to google a guest before booking them."

According to Frangopoulos, this is nonsense. "It’s a 24-hour rolling news environment. Everyone from the top down works very hard. I make no apologies. We have senior and junior journalists. To call our executive producers … "assistants" is disrespectful to them. When someone is doing a good job they are praised. When they make a mistake we address it immediately, like any good journalism business does."

Some accuse management of spending too much on the salaries of big stars and too little on producers. "Absolute rubbish," Frangopoulos replies. "We have hired more additional reporters and producers in the last 18 months than ever in our history and we are seeking more.

"We advertised for new roles in The Australian three weeks ago." 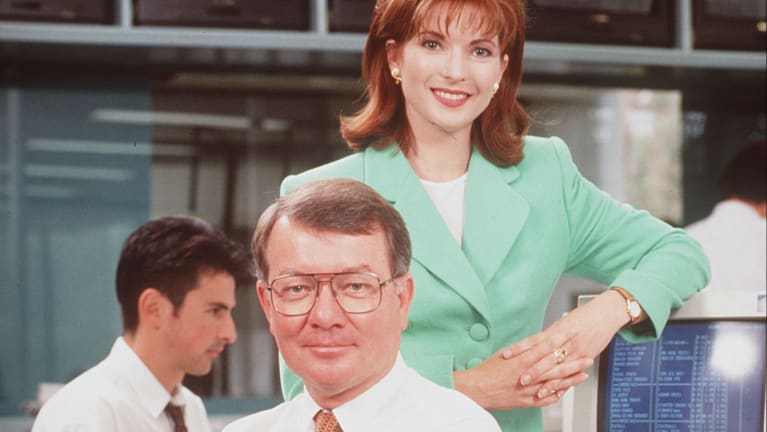 Few dispute the need for better oversight after Outsiders’ most recent blunder. In July, guest David Leyonhjelm claimed fellow senator Sarah Hanson-Young was "well-known for liking men". (Hanson-Young is now taking legal action against Leyonhjelm for this and other remarks.) While a producer was stood down, presenters Rowan Dean and Ross Cameron apologised and moved on.

In 2017, the Outsiders panel also featured Mark Latham – until his speculation about about a schoolboy’s sexuality earned him the sack. Indeed, the past two years have yielded several embarrassments for Sky. Caroline Marcus, for instance, apologised to Nine for suggesting it turned a blind eye to the child porn offences of reporter Ben McCormack. Veteran political journalist Samantha Maiden quit after being stood down while bosses reviewed complaints about her behaviour. Then Dean weighed into the Thai cave rescue with the strangest possible take: those trapped boys, he declared, were not saved by gender-fluid divers, windmills or anything else he deemed to be fashionably left-wing. 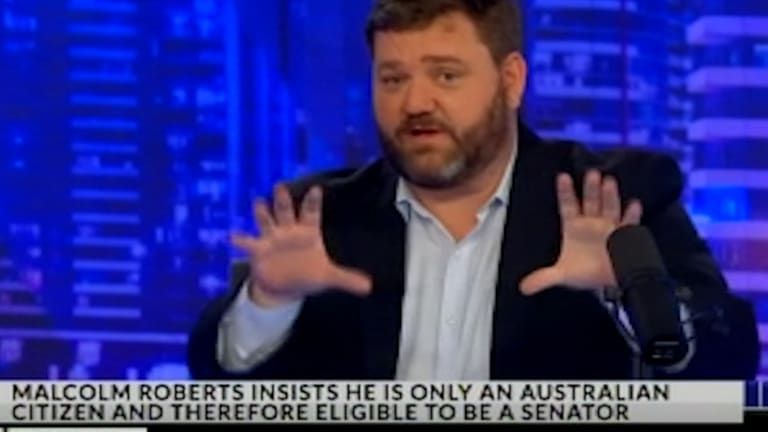 It hasn't gone unnoticed that many recently-departed hosts are politically moderate, including Emerson, Kenneally, van Onselen, Jim Middleton and Lyndal Curtis. "I don't think there was much room for me there after they adopted the 'right at night' strategy," says one former anchor. 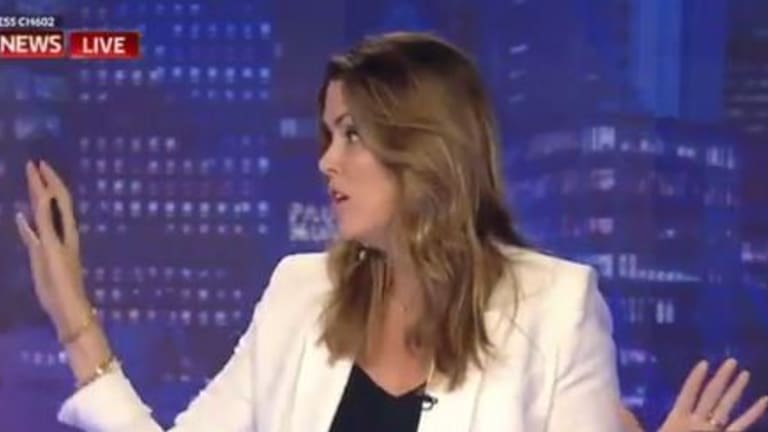 Sky host Peta Credlin accused her colleagues of being “all piss and wind” in 2017.

Media analyst Steve Allen, of Fusion Strategy, believes Sky's right-wing brand makes commercial sense. "They have to fight harder at nighttime because free-to-air networks take the lion's share of viewers," he says. "Unless you're to the right of what's being offered, you're not going to get an audience." There's no point targeting progressives, Allen adds, because they're likely to be younger, with less money to spend on Foxtel subscriptions – and many are loyal to the ABC.

It’s worth recalling that in recent years, 2GB host Alan Jones and youth station 2Day FM endured huge advertiser boycotts. Yet both maintained their ratings dominance. Sponsors may have been frightened initially but in the long run, these broadcasters' big audiences proved irresistible.

There’s no telling how long advertisers will boycott Sky but history suggests at least some will return (and any gaps will be filled by new commercial partners).

"Anyone who advertises with Sky already knows its right-leaning,” Allen says. “They’ve considered their position and calculated the risks.”

Another media buyer believes the high profile of established TV channels makes them uniquely vulnerable to boycotts. "Take a closer look at some of the sponsors who've withdrawn their money [in response to previous scandals]," he says. "You'll find their ads are now running next to some really offensive content on social media."