BBC Breakfast’s presenters Dan Walker and Louise Minchin were back hosting the program together this morning.

One of the stories they were covering was a rather exuberant marriage proposal.

Ben Griffiths was proposing to his girlfriend who’s a big Harry Potter fan, and he decided to commission a sand artist to draw his proposal on a beach in Wales.

He drew the Hogwarts crest with the words ‘Will you marry me’ written in Welsh.

However, Louise and Dan ended up disagreeing with how big you should make a marriage proposal.

“If that’s the proposal, then what’s the wedding going to be like,” exclaimed Sally Nugent.

“Really?” asked Sally, who then added: “Because it all gets out of hand.”

However, Louise didn’t agree with her BBC Breakfast colleagues as she believed you should start big with the proposal. 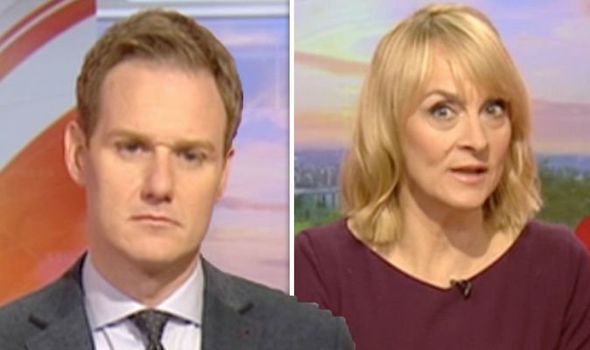 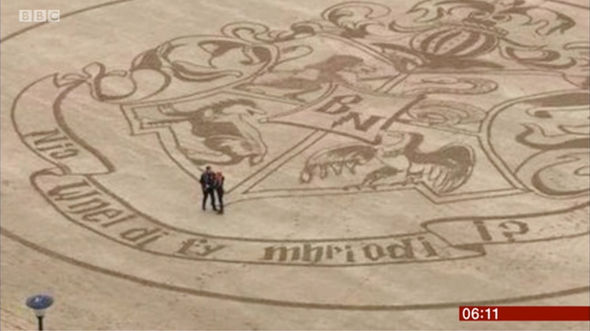 “I completely disagree with that by the way,” the BBC News presenter said after Dan’s comment.

“Yeah. Come on,” Louise said, and Dan then asked: “Where do you go from there?”

“You’ve got to start with a proper demonstration of your love, haven’t you?” Louise explained.

Sally commented: “He’s put down a marker there though, hasn’t he?” 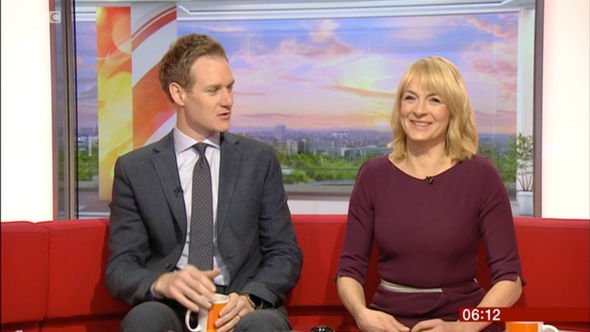 Dan then joked: “And then it’s all going to tail off.”

Louise agreed with Dan’s point, saying: “Of course it’s all going to tail off!”

This came after Naga Munchetty was forced to apologise to weather reporter Sarah Keith-Lucas after she and Charlie Stayt laughed at her on last Friday’s programme.

“Sarah we’re sorry,” Naga said after the incident and added: “We were playing a bit of a joke!”

BBC Breakfast airs weekdays at 6am on BBC One.