Wanderlust is a brutally honest and at times poignant portrayal of a long-term couple who don’t want to have sex with each other anymore.

While the first episode of the six-part series does include some unexpectedly risqué scenes in the first episode – some of which are sadly still considered taboo – its broadcaster the BBC only had a teeny tiny aversion to one aspect of the show.

“I don’t think I realise how much swearing it had… There were a couple of times where I thought, ‘Does this scene need fifteen f**ks and you go probably not so trim a few of them back?’ There was never anything that was forbidden because it was the BBC. 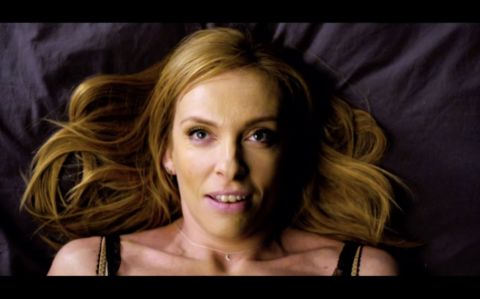 “As long as everyone could understand that an ‘explicit’ moment had to be in the story there was never a problem with it. It was only if we had something that we didn’t need and we were trying to be salacious or titillating. But then you’d cut it and all for the good.”

Meanwhile the sex scenes are very much “part of the character’s arc and narrative,” with Toni Collette – who plays therapist Joy – adding: “I was nervous at first [over the scenes], but it’s such a part of Joy and Alan [Steven Mackintosh] making their relationship sustainable, and the more steeped I was in the story, the easier it became. 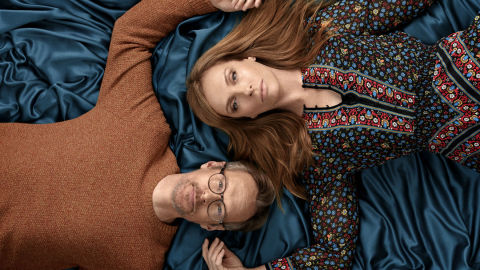 “I had no concerns by the end – it’s just these people. It’s part of the character’s arc and narrative, so it’s not gratuitous in any way. It’s very much part of what they’re exploring and feels quite natural – as it should.”

Joy and Alan come to the conclusion that although they love each other very much after a lengthy marriage and two grown-up (ish) children, intimacy is something neither of them want anymore. Well, not together anyway.

It’s a realistic but funny examination of the relationships of a multi-generational family, and examines how couples build and maintain happy relationships. It also asks whether lifelong monogamy is possible – or even desirable.

Wanderlust airs on BBC One and will stream on Netflix outside the UK.