BEAR Grylls’s survival show returns this September with a new line up of contestants – including a former reality star, a 75 year old great-grandma and a cousin of Prince Philip all taking part.

The show, renamed Treasure Island with Bear Grylls because Islanders compete for a £100,000 prize, will be back on TV next month. 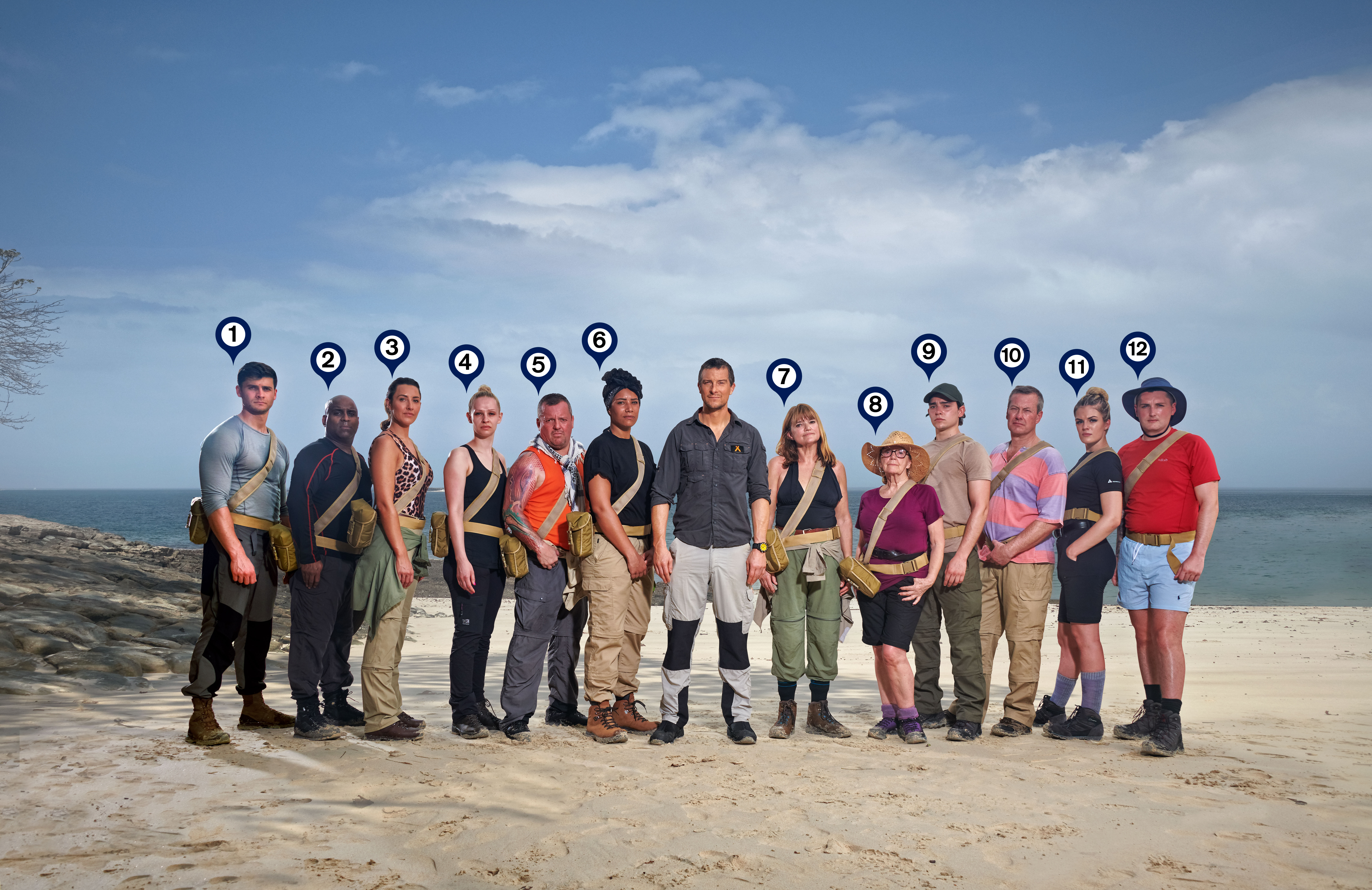 The survival show will see the 12 Brits marooned on the island for 35 days and left to find their own food, shelter and water.

They also have to compete – or work together – to find the cash prize, which has been dropped onto the island. And if they go home early, they get nothing.

The Sun Online’s exclusive picture shows, they’re all in it to win it – but who will make it through the full 35 days and win the reward?

Treasure Island with Bear Grylls starts next month on Channel 4

A 30 year old former Royal Marines Commando, he’s now out of the army and working as a wedding photographer and graphic designer.

Working in Northern Ireland as a Paediatric Neurosurgeon, 42 year old Mano is a highly respected doctor in Belfast.

33 year old Elissa is a writer and fitness expert who ghostwrites celebrity autobiographies – but E4 viewers might remember her from reality show Desperate Scousewives.

Emily, 30, is a self employed dental nurse from Suffolk.

Jim, 50, runs his own consultancy business for building projects across the UK – but lives in Kent.

Another medical professional – which will come in handy on the island – 28 year old Cat is an nurse for patients in comas or intensive care. She’s from Essex.

Morag, 58, runs a ‘portfolio of properties’ in Berkshire. Let’s hope she’s good at building shelter on the island too.

75 year old Irene has three children, six grandchildren and two great-grandchildren and spends her time in Scotland managing an AirBnB with husband Euan. She’s also a world silver medallist for her jams and marmalades.

Jack, 24, is a fully qualified plumber and heating specialist and runs his own company, which he started at age 22.

55 year old Ivar runs his estate, Bridwell Park, in Devon, with his husband James, and has royal connections. His first cousin once removed is The Duke of Edinburgh – his father and The Duke were cousins. His great, great, great grandmother was Queen Victoria.

This year’s youngest contestant, Ruby, 20, is a waitress supervisor and gym bunny from Yorkshire.

Father to be Ben is originally from Middlesborough but now lives in Manchester, where he works as a double glazing salesman. He’s 27.