After a few days of tension on the boat, Eddie Lucas and chef Rachel Hargrove decide to squash their beef on Below Deck. Why did they have tension?

Lucas was annoyed and embarrassed by Hargrove’s behavior last season when the crew would go out drinking. He expressed his annoyance in confessionals but never told Hargrove to her face. So when she watched the season, she was shocked and pretty upset when she saw him shading her. Now that they are working together again, can they get past last season?

Hargrove and Lucas decide to meet before the next charter. “Last season there was some really alarming things that were said on your behalf about me,” Hargrove told Lucas. “It was like viciously attacking. Going straight for my integrity and character, and it was really uncalled for.” 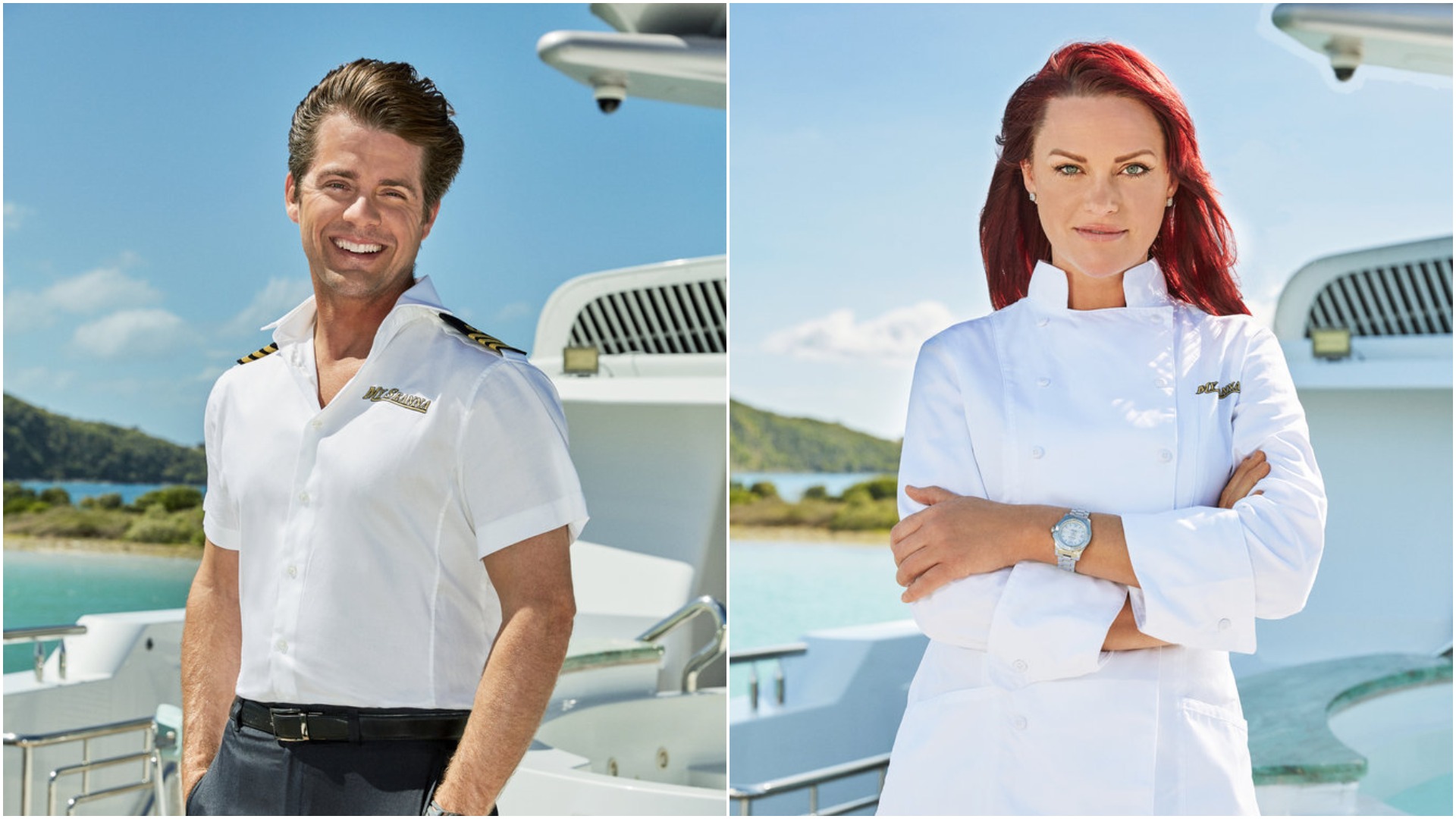 “That like threw me for a loop and it was very hurtful,” Hargrove said referring to Lucas’ many confessionals when he complained about her when she was drunk. “And it stayed with me for the whole duration before this season.”

Lucas apologized for what he said. “I’m really sorry for saying anything that might have hurt your feelings,” he said. But he admitted, “I did not get along with the Rachel from last season. And I never came and talked to you directly about my issues with you. I’m sorry that I didn’t.”

“Last time Rachel and I worked together we started out with a really good relationship,” Lucas said in a confessional. “But then she started drinking. She’s just a different person.”

Producers flashed back to Hargrove on the stage at a local bar last season. Lucas looked horrified. “Walking away from this situation,” he said to another crew member.

“I f**king hate this. It makes my skin crawl,” Lucas said in a season 8 confessional.

But Hargrove’s drinking wasn’t the only thing that Lucas complained about. He slammed her when she quit in a rage midway through the season, but then returned.

“I mean, we had a charter the next day,” Lucas recalled in the Below Deck Season 8 After Show. And, “I didn’t want to see her leaving or getting fired right then and there. I was just kind of just so shocked [by] her complete disrespect and how vulgar she was being in front of Captain Lee.” Lucas added, “I know Cap. He don’t take no sh*t. It was really uncomfortable, kind of one of those tense moments, like what’s about to happen?”

Did they squash their ‘Below Deck’ beef?

Now Lucas agrees he should have communicated his feelings with Hargrove instead of shading her in confessionals or talking about her behind her back. “The only thing I can do is be better from here,” he admitted this season in a confessional.

“Just to make sure that it doesn’t happen again,” Hargrove said, almost looking like she could be close to tears. “Because it’s super hurtful.”

“I get that,” Lucas said. “That must have been hard. Thank you for giving me another chance to be your friend this season. Seriously.”

“Moving forward through this sh*t situation, I think Eddie and I can play in the same sandbox this season without stabbing each other with spades,” Hargrove said in a confessional. “Yay! I won’t have to flip a table or eat someone’s larynx!”

Of course, Hargrove decided to end their conversation in the best possible way. “Alright, let’s go f**k this charter in the face,” she told him. Lucas decided that perhaps they could also hug it out.