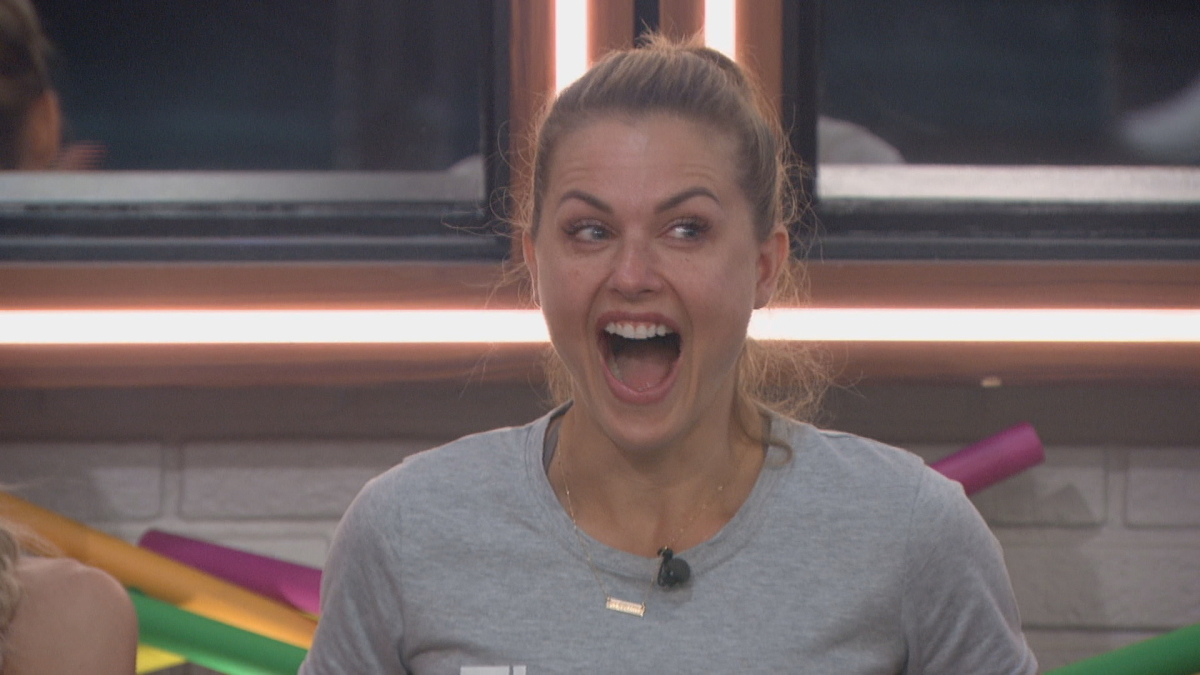 Big Brother 2020 spoilers come from the live feeds as Christmas Abbott and Nicole Franzel chatted about who they want out of the house next.

This isn’t in reference to the upcoming Eviction Ceremony, though, as their alliance already has a plan for the vote on Thursday night.

Christmas and Nicole were seen chatting about who they want to be evicted after Janelle Pierzina is evicted. While Janelle has/had a plan to try to avoid getting evicted, it seems highly unlikely to succeed.

The BB22 cast will be down to its final 13 people, with Janelle following Keesha Smith and Nicole Anthony our the front door.

Yes, there is a theme playing out here. And yes, that theme might continue through Week 4 as well.

Who Christmas and Nicole want evicted from Big Brother 2020

Pawns go home. That’s a theme and a phrase that has been used over the many years of the hit reality competition show. It might turn out to be the case next week as well.

Kaysar Ridha is going to be on his own once Janelle gets evicted. He will have a shot to win the Head of Household Competition, but if he doesn’t, Kaysar is probably going to get nominated.

If someone from one of the power alliances wins HOH, then Kaysar is going to go on the block next to a pawn. Who will that pawn be? It could very likely be Bayleigh Dayton or Da’Vonne Rogers, especially with the way the house is shaping up.

Below is part of a chat that Christmas and Nicole just had on the Big Brother live feeds.

Can a woman win Big Brother 22 with so few women in the house?

If Christmas and Nicole get their way and see Janelle evicted this week and then Bayleigh or Da’Vonne evicted next week, that would leave just four women competing against eight guys.

History has shown that once the women get outnumbered in that fashion on this show, that they then have a difficult time making it to the final two or winning a season. Especially when they turn on each other.

The strategy should be a familiar one. It was employed on Big Brother 16 when Nicole helped an alliance of guys make it deep into the season. Then she got evicted, Derrick Levasseur won, and Cody Calafiore came in second place.

It appears that Nicole was already setting the stage to go after Bayleigh next when she started crying for attention after a chat with Bayleigh and Da’Vonne.