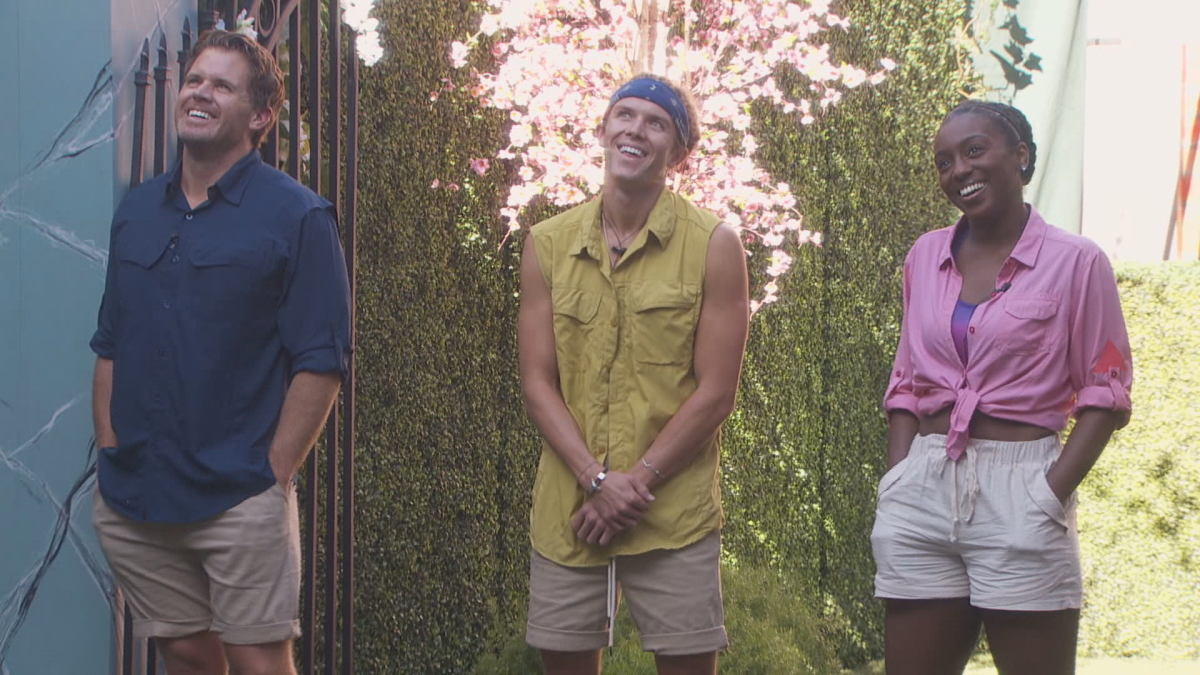 Big Brother 2020 spoilers reveal a deal was just made between Memphis Garrett and Daniele Donato.

It seems that Dani may have just made a move to try to advance her chances of staying in the game. There are possibly two parts to a deal that she worked out with Memphis ahead of the next Eviction Ceremony.

Dani and Memphis were seen speaking on the Big Brother live feeds when she brought up the BB Basement power that she still has in her possession. That power allows an outgoing Head of Household to play for the very next HOH as well.

It appeared that Dani was going to give that power to Memphis and that she was preparing to go tell the producers in the Diary Room. This would be a huge deal for Memphis, as he could try to get the power again for next week.

It’s not completely clear if Dani gave him the power, as the feeds for the house went down for more than an hour (again). But what we did see is that Dani and Memphis struck a deal where he said that he has her back next week.

Do Dani and Memphis have an alliance?

This partnership seems to be tentative at best. Dani and Nicole Franzel were pushing for an entire week to get Da’Vonne Rogers to believe that Nicole had voted to evict Tyler Crispen. But she didn’t. She voted to evict Ian Terry and tried to pin it on David Alexander.

That ploy distracted Dani and Nicole from what was really going on in the house. Memphis was making new alliances. He even put a deal in place with Christmas Abbott about targeting Dani and Nicole. All of this was because Dani looked like she was working with Da’Vonne and that she had been all along.

That brings us to what happened today on the Big Brother live feeds. It looks like there is now a deal where Dani gave Memphis the power. But it could just be Memphis using her to play for HOH. If he were to win the power, he could turn around and nominate Dani anyway.

And all of the lies from Dani and Nicole may not matter. It appears that Da’Vonne now knows the truth. The feeds were down when she learned about it, so we may have to wait for episode footage to see how it really played out.

Memphis is thinking several moves ahead

Despite his infatuation with David and getting David out of the house as soon as possible, Memphis has been making a lot of good game moves behind the scenes. He is making the right alliances and the right agreements to last a lot longer this season.

This all sets up a lot of interesting scenarios, especially if Dani did go to the DR and give Memphis her power. How will he explain having it? We will all have to tune in to find out.