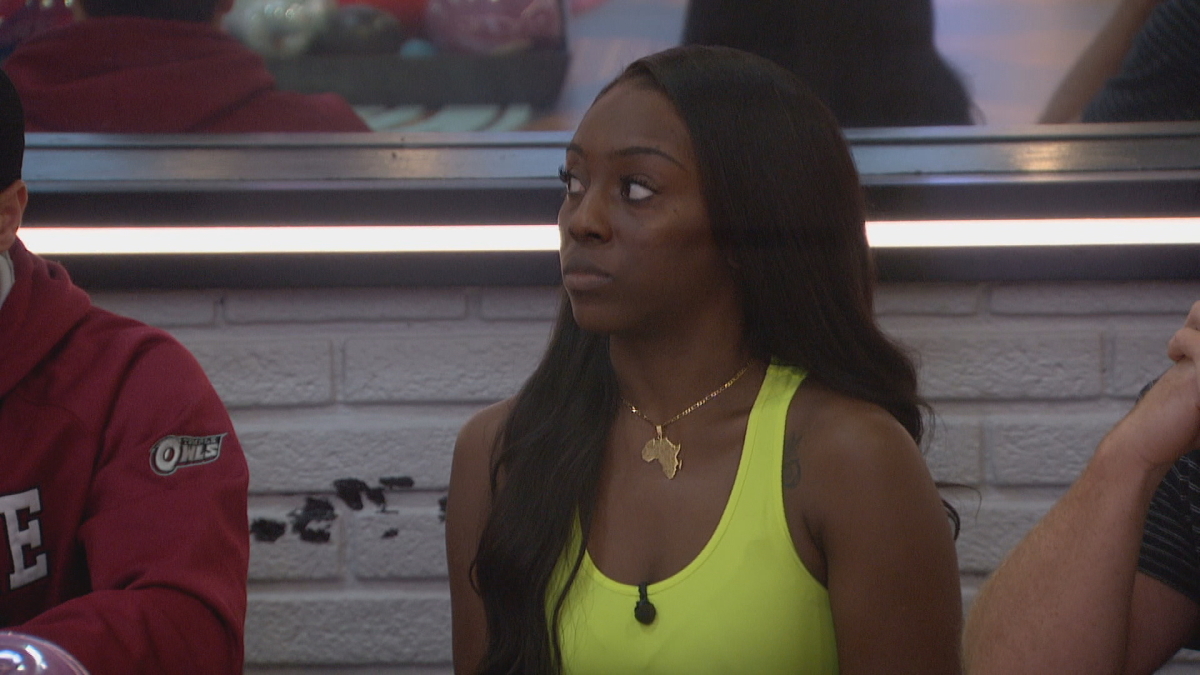 Big Brother 2020 spoilers coming from the live feeds reveal who Da’Vonne Rogers plans to nominate if she wins the Head of Household this week.

It’s pretty bold to start planning that far in advance, especially since Da’Vonne has had a lot of trouble winning competitions inside the Big Brother house.

Da’Vonne did come very close to winning the Week 5 Head of Household Competition, though, when she lost it on the last question to Christmas Abbott.

If Da’Vonne had simply answered that last question correctly, she would not have wound up sitting on the block next to Bayleigh Dayton.

The Veto Competition was also already played this week, with Christmas winning the POV. She kept the nominations the same, leading to a huge fight with Da’Vonne and Bayleigh, and setting up the next Eviction Ceremony.

Who would Da’Vonne nominate for eviction?

On the CBS live feeds, Da’Vonne was shown speaking about what her plan is going to be if she wins the Week 6 Head of Household Competition. Da’Vonne plans to nominate Christmas Abbott and Tyler Crispen.

The plan here is to flush out powers in the house. Da’Vonne assumes that these are two of the people who got one of the secret powers from the BB Basement.

If one of the powers gets used, Da’Vonne then plans to put “a bigger target” up on the block in their place. She says that she is done playing the game “scared” and that it is time for her to make a big move.

These potential nominations seem to stem directly what happened over the past week, with Da’Vonne and Bayleigh convinced that Tyler and Christmas were scheming against them.

Little do they know that Daniele Donato and Nicole Franzel have been targeting them for weeks. Dani and Nicole wanted Bayleigh and Da’Vonne out of the house before the BB22 jury could start forming.

Da’Vonne will at least make it to jury

After Bayleigh gets evicted on Thursday night — the deck is really stacked against her — everyone else will have at least made it to jury this summer.

Making it to the BB22 jury comes with a nice pay bump, which is a good reason to celebrate. That’s a small piece of good news for Da’Vonne because she is likely the primary eviction target if she doesn’t become the Week 6 HOH.

But if the next round of Big Brother 2020 spoilers do include Da’Vonne Rogers becoming the new HOH, the game is going to get shaken up.