Home » TV & Movies » Billie Faiers is joined by Ferne McCann and sister Sam as she jets off to Ibiza hen do complete with veil, blow up doll and personalised luggage

The 28-year-old looks like she’s in a for a wild time as she was joined by a group of 14 women, including her sister Sam, Ferne McCann and her mum Sue. 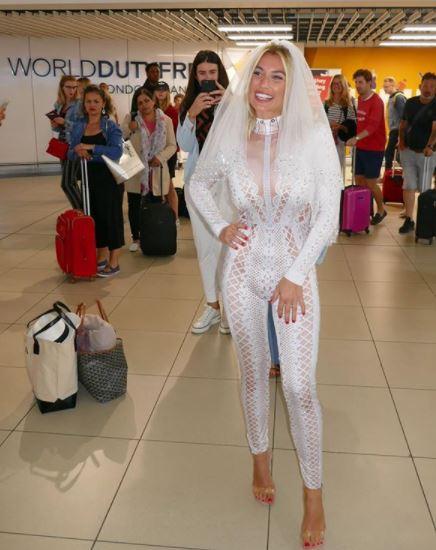 And it wasn’t long until she got the true hen do treatment and was made to wear a lacy white one-piece that showed off her amazing figure.

She was also given a veil and there was a blow-up doll joining them on board the easyJet flight in the early hours of this morning.

The group were all wearing denim shirts with words with different things written on the bag – Billie’s read Bride while Sam’s said Maid Of Honour.

They also all had matching suitcases and tote bags with their initials on them – creating a very glam look. 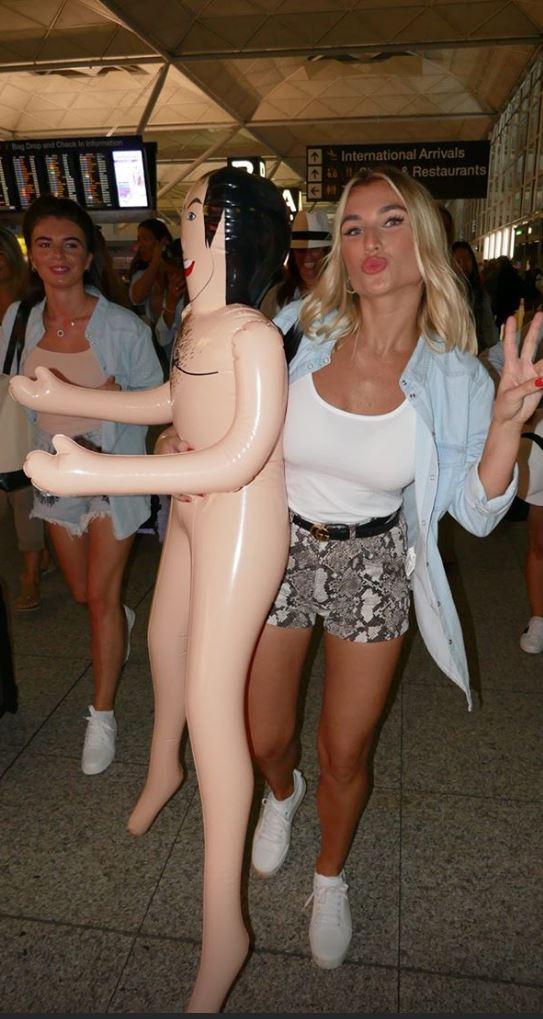 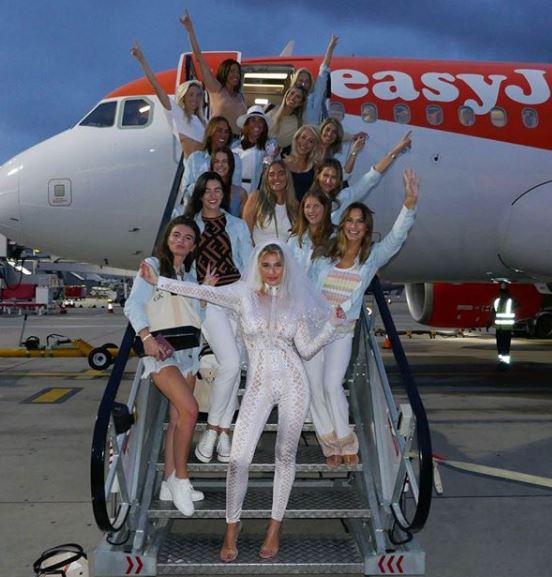 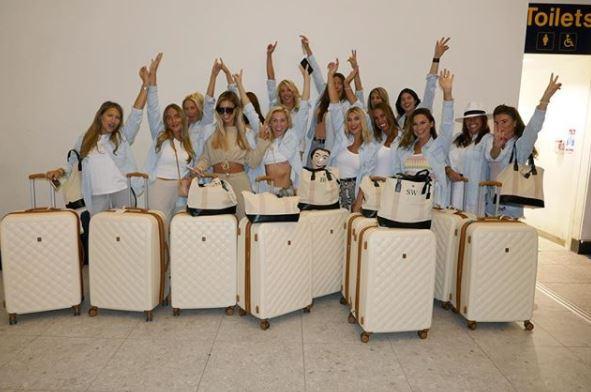 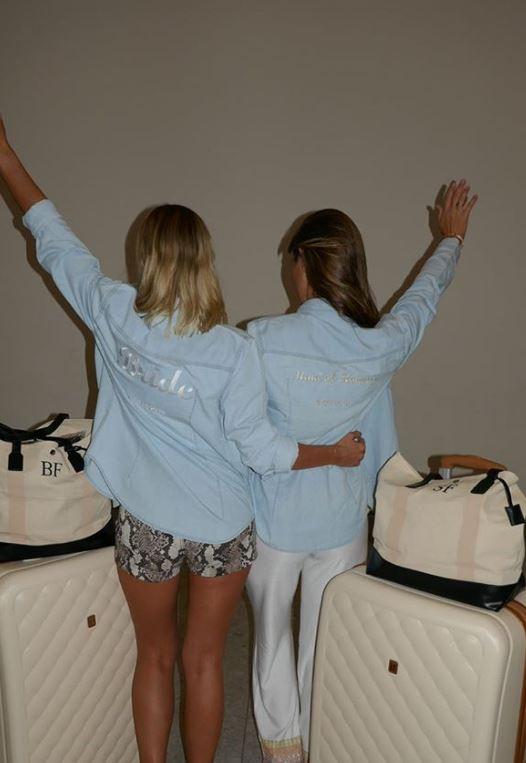 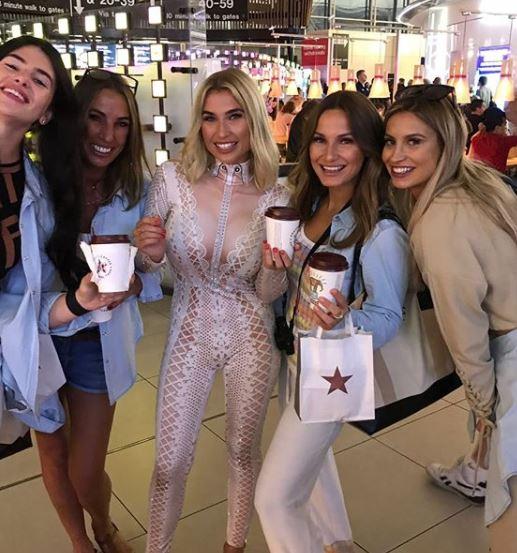 Ferne and Sam – who famously fell out over their rival TV shows – showed they have well and truly put their issues behind them as they cuddled up in a picture together.

It was recently revealed that Ferne was no longer going to be a bridesmaid, because Billie has opted just to have her sister and their young children.

She shared: “The dynamics of the wedding have now changed. I'm not doing the wedding I thought I would.” 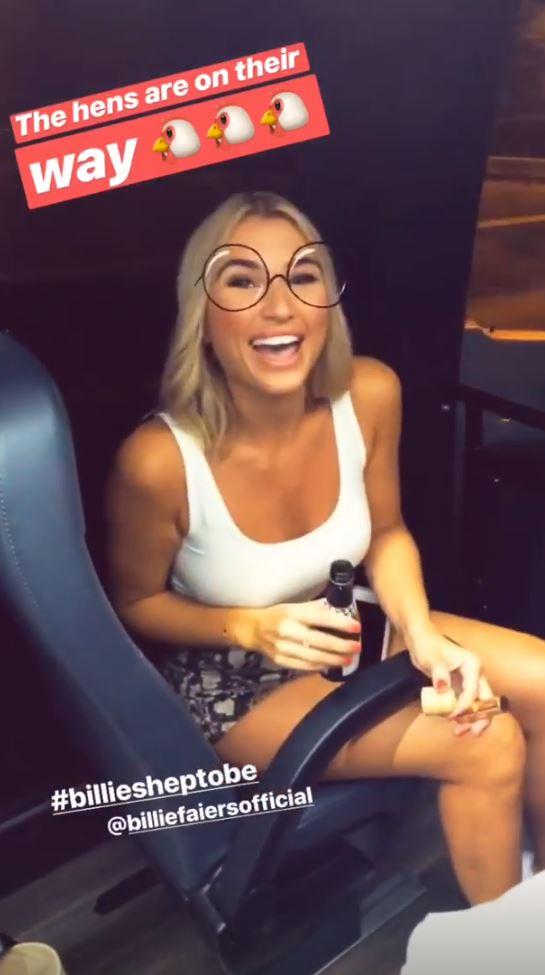 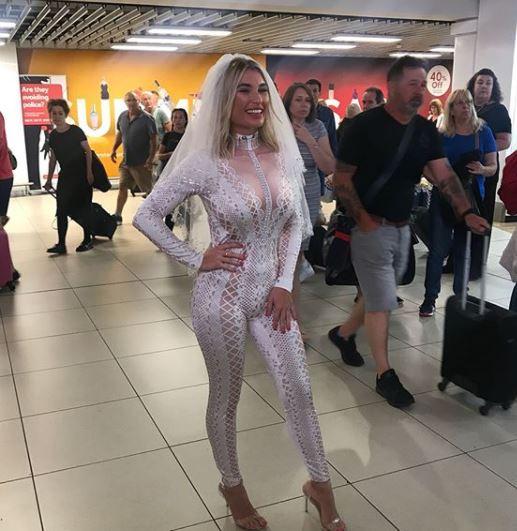 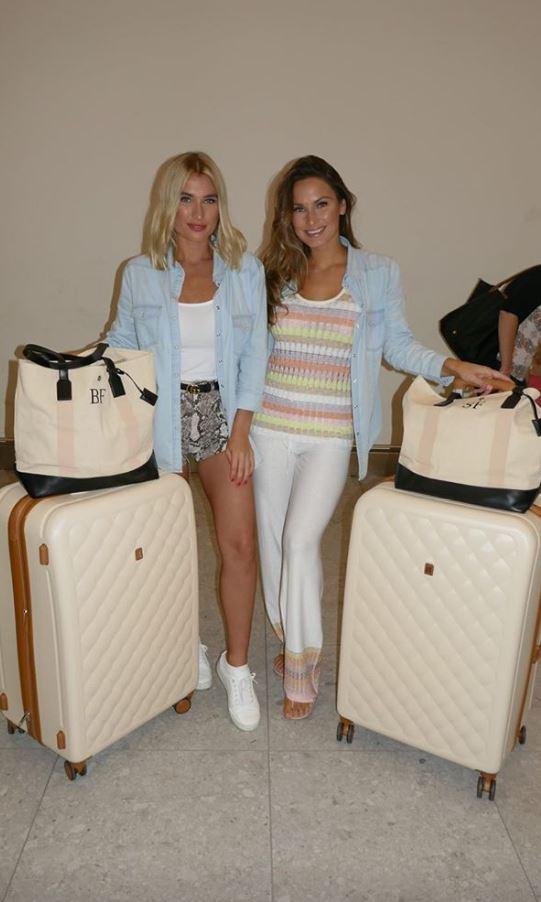 And the reality star also opened up her hen do, telling New! Magazine: “I've literally said: "I don't want a stripper." That's not my cup of tea.”

Billie previously had a lavish sleepover hen do with her pals that took place last month.

Speaking about seeing Ferne again, Sam said: "We were both at my sister’s bridal shower – Ferne was there. It was fine.

"It was nice; we were just catching up on the babies really so we are fine." 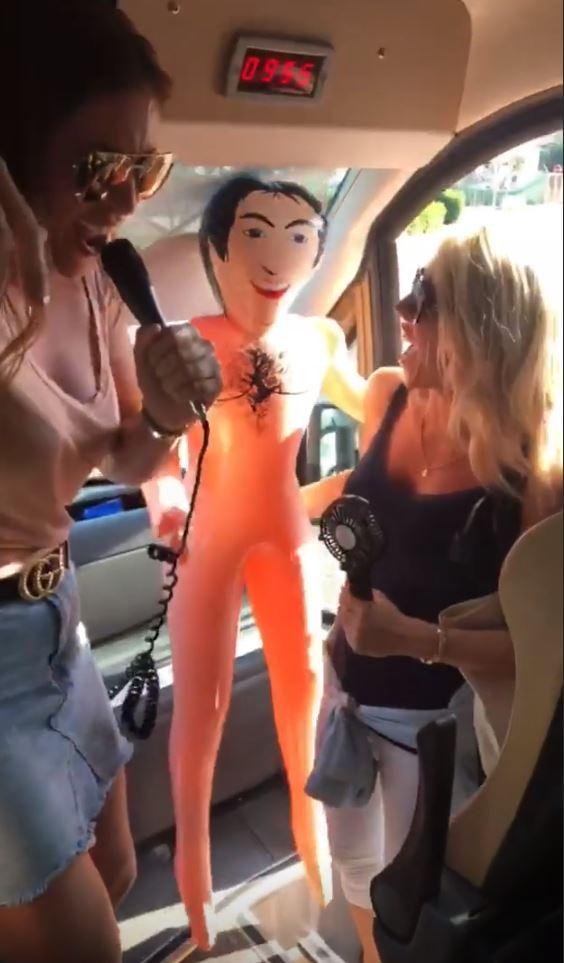 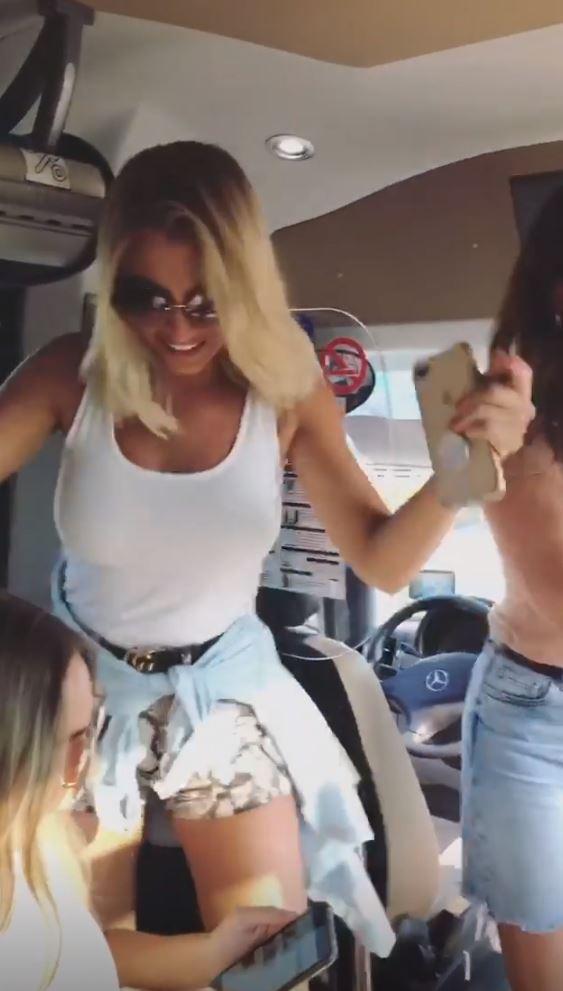