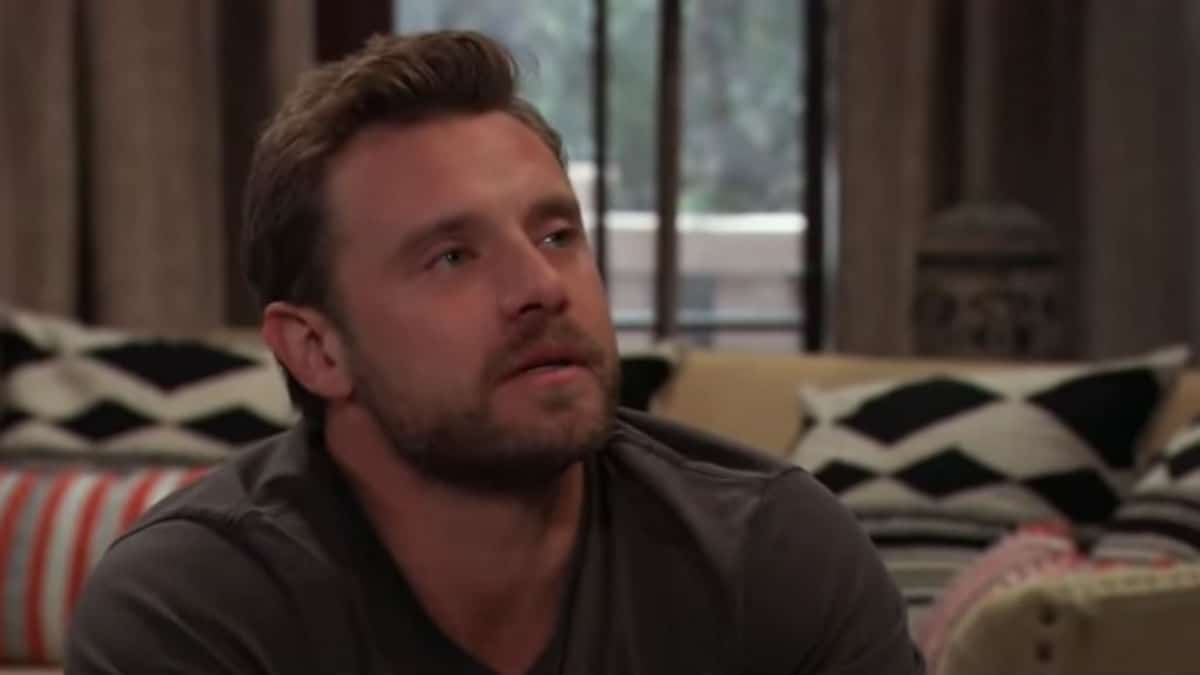 General Hospital fans have said their final goodbye to Billy Miller as Drew. We last saw him Wednesday, August 21, as he made a pact with Franco (Roger Howarth) who now has Drew’s memories circa 2012.

As departures go, it wasn’t much for fanfare or melodrama. Drew simply told Frew that he would go to Afghanistan to return the money Shiloh (Coby Ryan McLaughlin) earned disreputably. Of course, Frew wanted to be the one to do it but Drew convinced him he had some business to take care of in Port Charles. Drew knew his way around the old stomping grounds, and it would be easier for him to interact with the locals. Frew agreed and the scene was low key and quick.

Back in July, Miller’s agent tweeted news of his departure including a video showing his dressing room with balloons in it, and a shot of a handwritten letter saying goodbye. Melancholy music played in the background and the tweet was decidedly bittersweet.

Adding to the unsettled air regarding his departure, Kelly Monaco who plays Sam tweeted some words that stirred the pot, alluding to Miller’s “untimely departure.” These two were once paired onscreen and are close friends offscreen.

When Miller debuted in 2014, he was cast as Jason Morgan. Later Steve Burton returned to the soap and the role of Jason, necessitating some inventive rewrites. As a result, Miller’s character became Drew, Jason’s long lost twin.

With Burton’s return as Jason, the original couple JaSam again became a thing, thrilling those fans but disappointing Killy/DreAm fans.

What happens now? It remains to be seen if Franco stays Drew. If it is up to his wife Elizabeth (Rebecca Herbst) and a host of fans, the answer is most definitely no.

It also remains to be seen which direction Billy Miller goes. Any soap would be lucky to have him, and it would be a huge waste of talent if we don’t see him back on daytime soon.

He last played the part of Billy Abbott on The Young and the Restless, a role now played by Jason Thompson, formerly Patrick Drake on General Hospital. Maybe Billy has a long-lost twin brother we never knew about?!