But, despite the hoards of compliments from fans that follow, the stunning 28-year-old Made In Chelsea star – who gave birth to 13-month-old daughter India in June last year with boyfriend Joshua 'JP' Patterson – tells us she hasn't always felt so body confident. 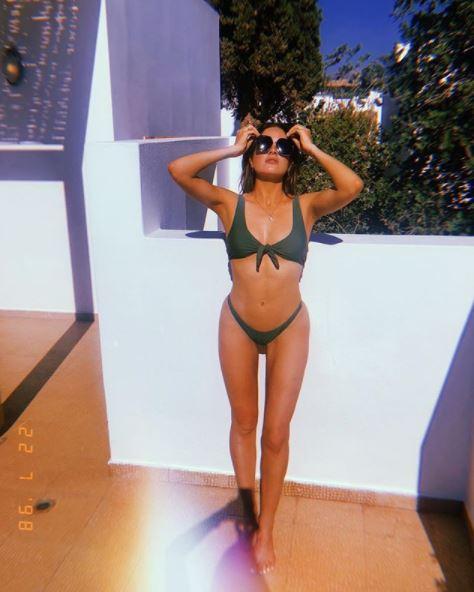 In an exclusive chat with The Sun Online, the gorgeous reality favourite opened up about her heart-breaking belief that her "bigger" post-baby body was "disgusting".

Speaking about the months after she gave birth, Binky explained: "When I gave birth to India I was bigger. I felt disgusting.

"I had a summer baby so it was hot and I just couldn't find anything nice to wear as none of my clothes seemed to fit.

"It felt like my identity had gone, and I had lost my confidence." 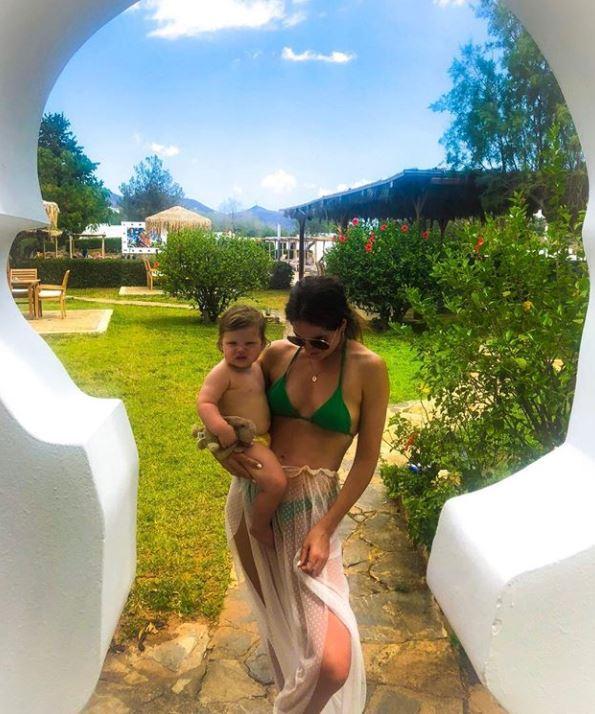 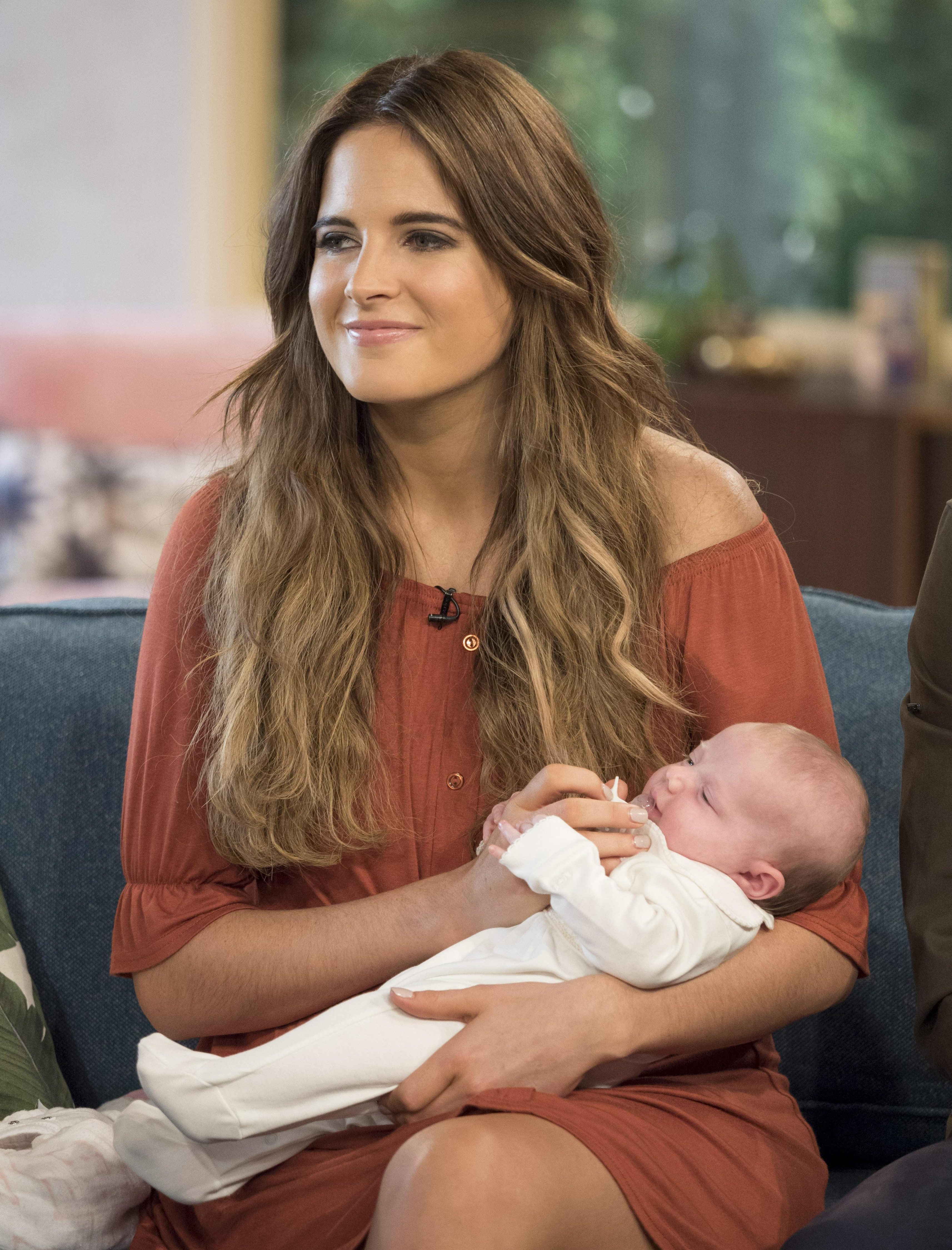 Binky, who is close to former co-stars Louise Thompson and Rosie Fortescue, admitted she couldn't help but compare herself to her friends as she was getting to grips with motherhood for the first time.

She explained: "All my friends around me were looking all slim, and tanned, and wearing next to nothing.

"I'm the first one of my friendship group to have a baby so I didn't know what to expect."

The star – who has spoken to The Sun's Fabulous magazine about her bouts of "terrible anxiety" and low self-esteem after being bullied at school – insists it was her mental health, as well as wanting to "get my body back" that spurred her on to return to exercise. 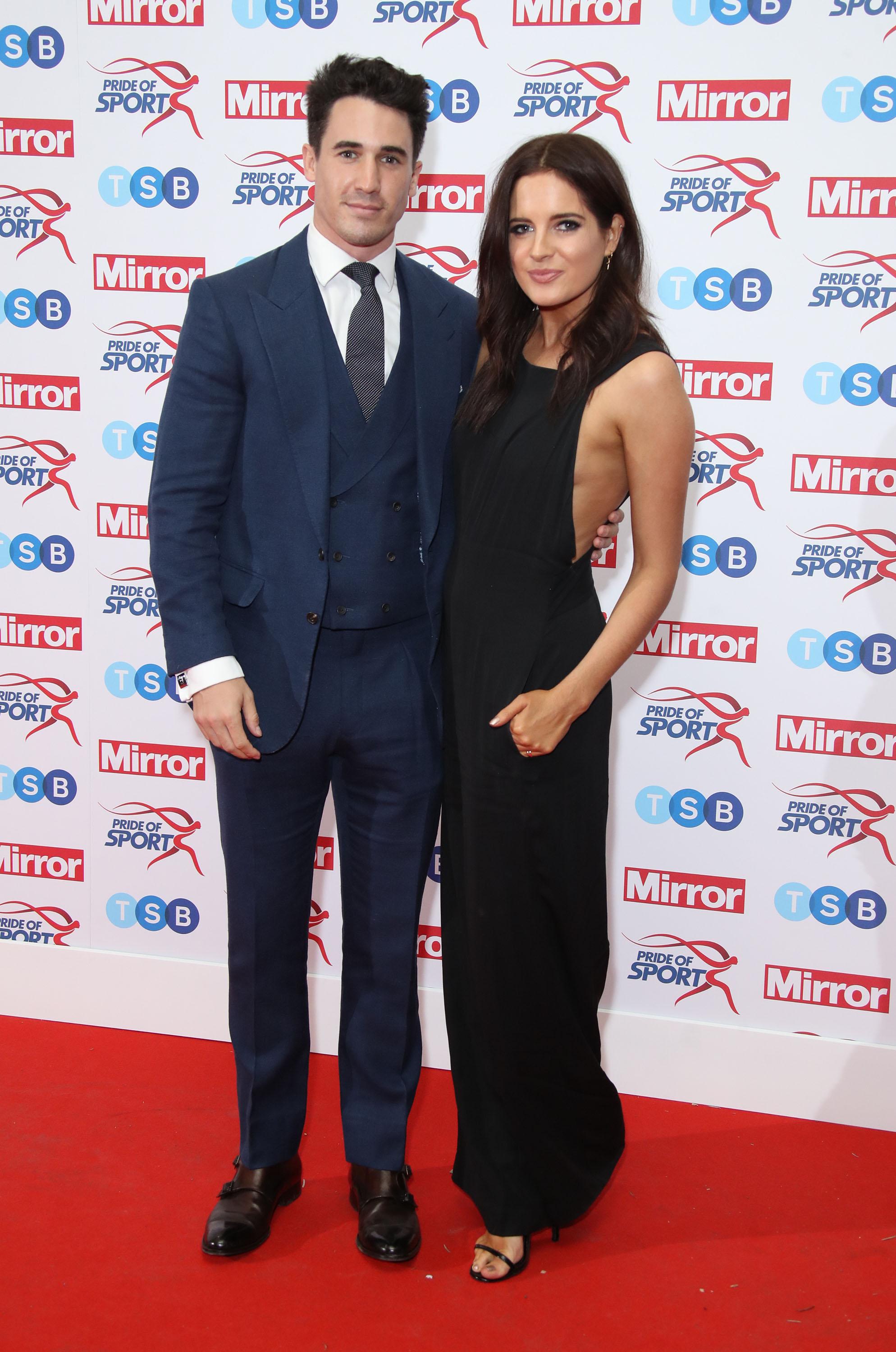 She revealed: "Exercise is my coping mechanism.

"If I work out it in the morning it really sets me up mentally for the day and makes me feel super motivated in other aspects of my life too."

As a busy working mum, the star says she works out in the living room of the London home she shares with her 28-year-old boyfriend JP – with India playing nearby – using mobile fitness platform Fiit, for whom she has been signed as an ambassador.

Fellow users will now be able to join in as the star is put through her paces on screen by Fiit personal trainer Tyrone Brennand in series of pre-recorded fat-burning, full-body cardio classes. 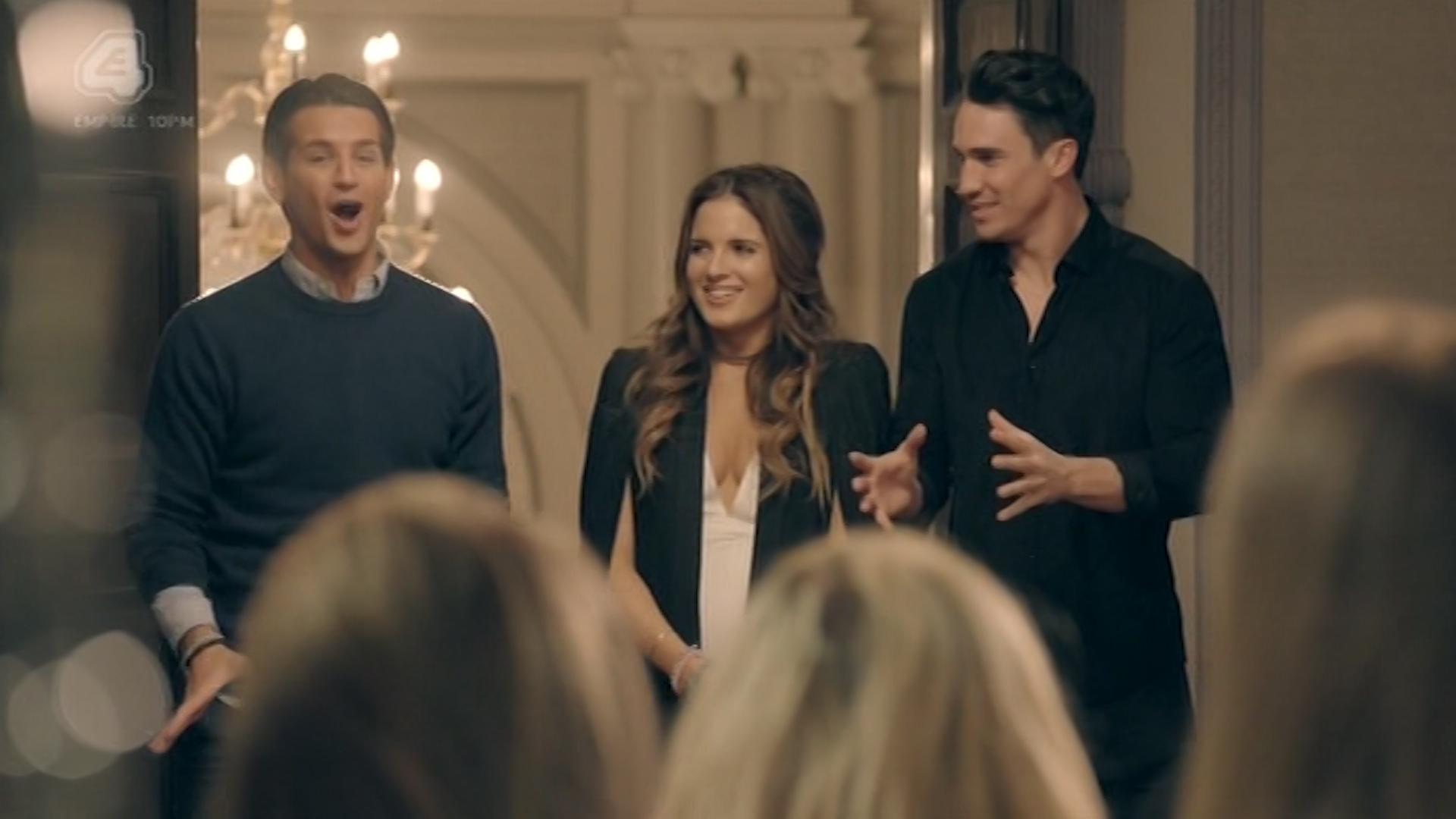 Binky spoke to The Sun Online after a report in heat Magazine claimed her relationship with JP was on the rocks.

However when we asked Binky about the claims she laughed them off and branded the reports "rubbish".

Binky added: "I saw that and it's completely untrue. Of course we bicker like any other couple but we're fine.

"We're both really busy at the moment but we couldn't be happier." 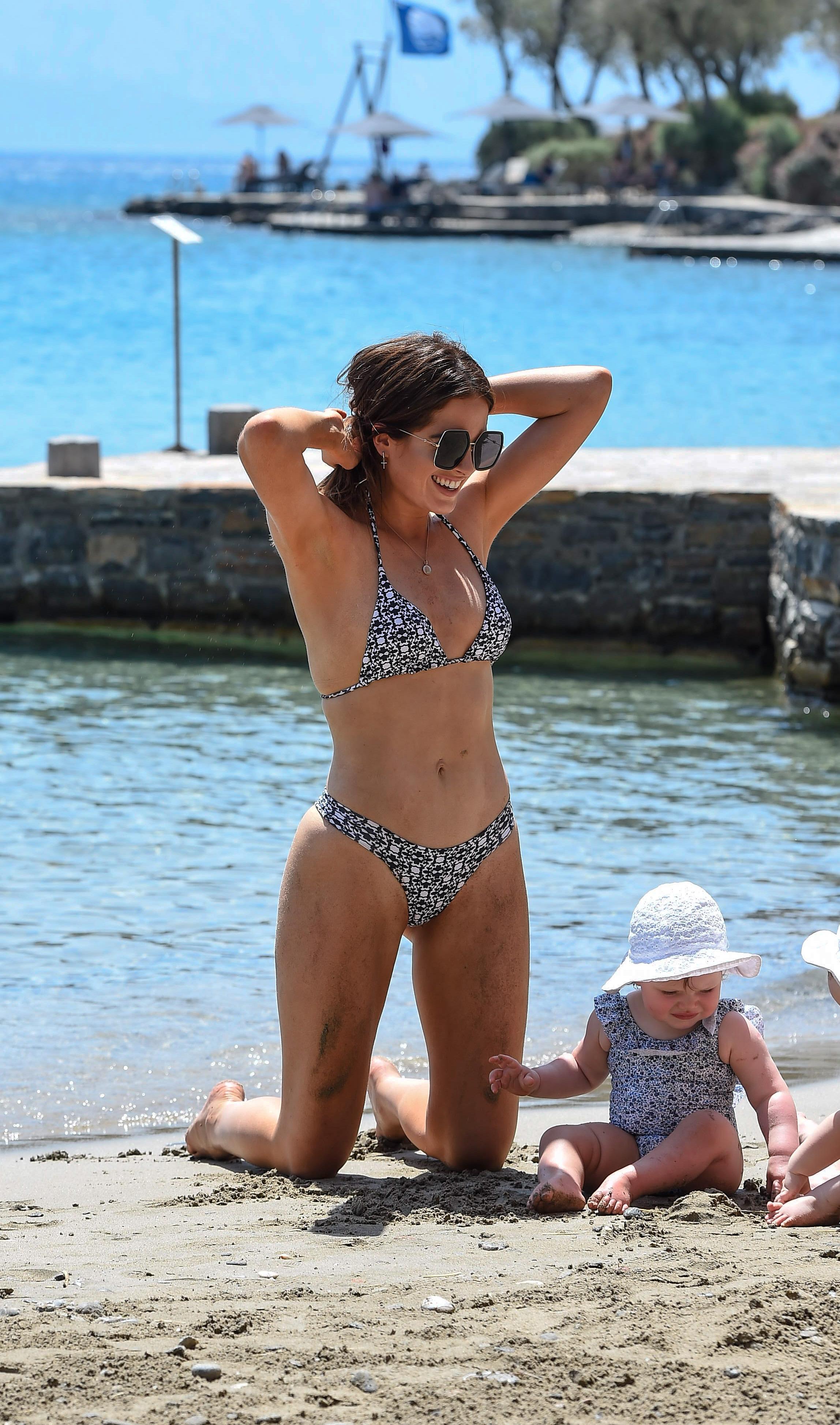 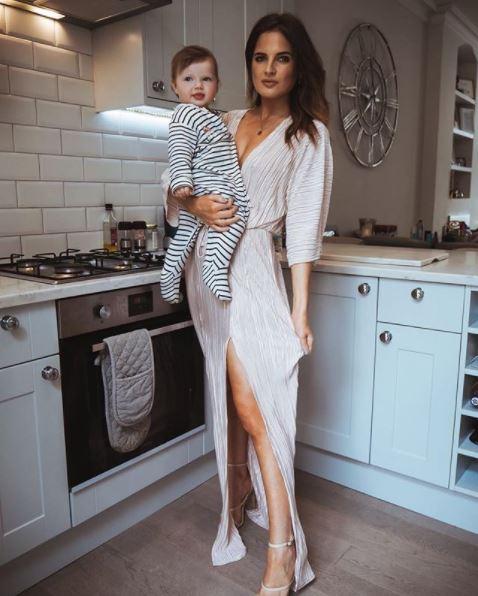 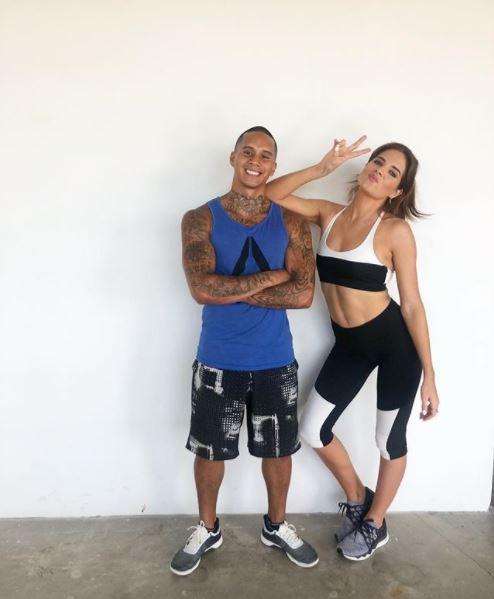 In early 2016, Binky dropped from a size 12 to a size 8 with a vigorous regime of four 90-minute high-intensity workouts a week and nutritious diet low in alcohol and gluten.

But this time around she wanted to be kinder to her body – for which she has "newfound respect for" after giving birth – and not rush the process.

Firstly, she wanted to ensure her fitness regime worked for her new life as a mum, which she was determined to enjoy from the get-go.

Indeed, the mum-of-one chose to fight the pressure surrounding celebrity mums to get back in shape as soon as they've finished labour, and waited three months before starting to work on her post-baby body.

With welcome honesty, she admitted: "I wanted to enjoy being a mummy in the first instance.

"Then there's the fact you need to make sure your body is up to it. So much happens to internally and to do with your core – you can start weeing yourself and all sorts might leak out!"

In contrast to the revelations of the celebrity fitness DVD sham revealed by the Sun on Sunday, Binky is keen stress that there is no such thing as a "quick fix" when it comes to getting back in shape.

She said: "As a new mum you're so exhausted and you kind of want a quick fix. But there's no such thing.