The extended Pitt family was given the keys to the A-lister’s lavish clifftop mansion in Goleta, just outside the city of Santa Barbara, and his nieces took to social media to share further pictures, including a fun beach day. 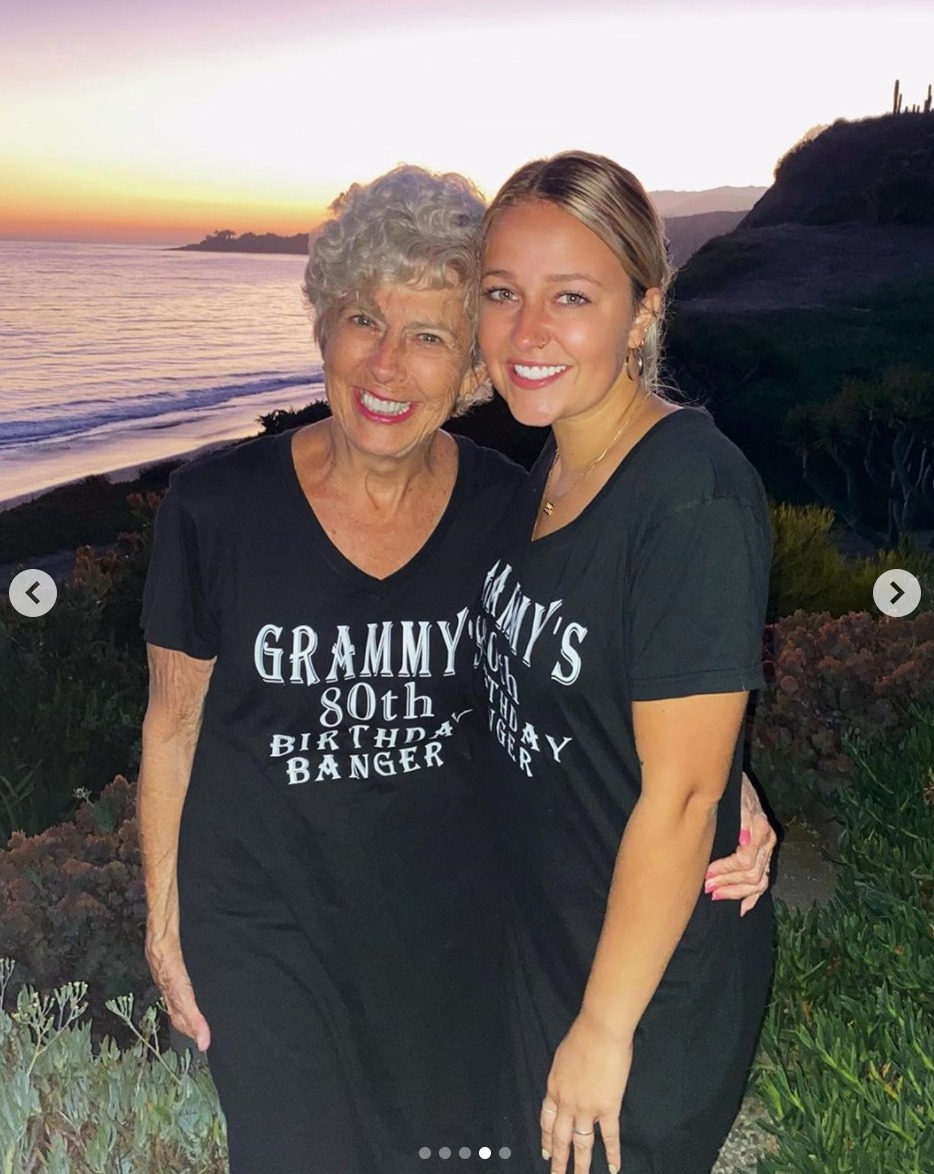 Sources tell The Sun that the actor sent a private jet for his mom and dad – along with his sister Julie, brother Doug, and their spouses and children – to avoid them using public airports amid the pandemic.

Doug's children Sydney, Reagan and Landon are all active on Instagram and have shared pictures of their trips to the beach, including El Capitan, and the large family dinners they've enjoyed, including ordering in a seafood extravaganza.

In one post, Sydney, a recent college graduate, posted sweet pictures of Brad's mom Jane wearing a simple pair of denim shorts and a white tank, smiling on the beach.

She captioned the series of snaps: "To the best Grammy around, happy 80th. Couldn’t love you more!" 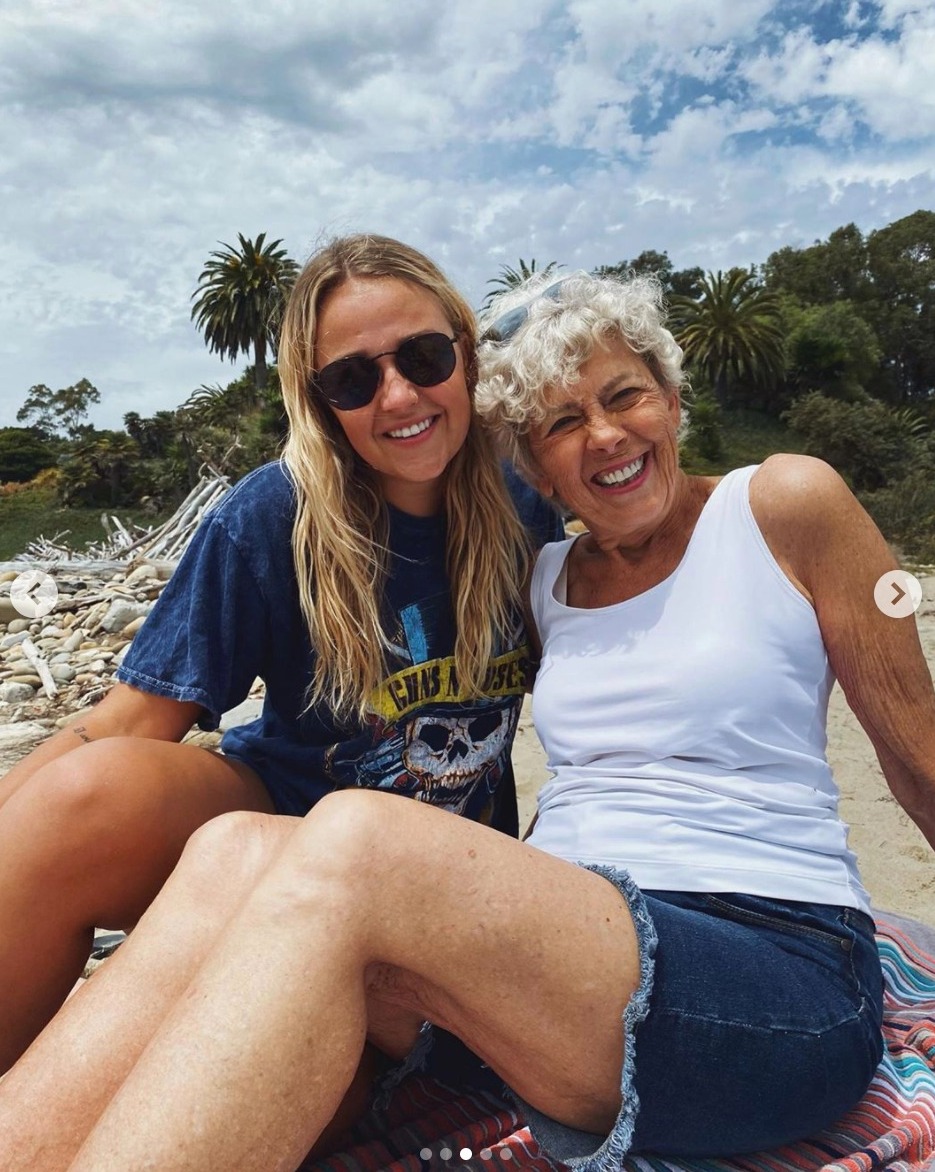 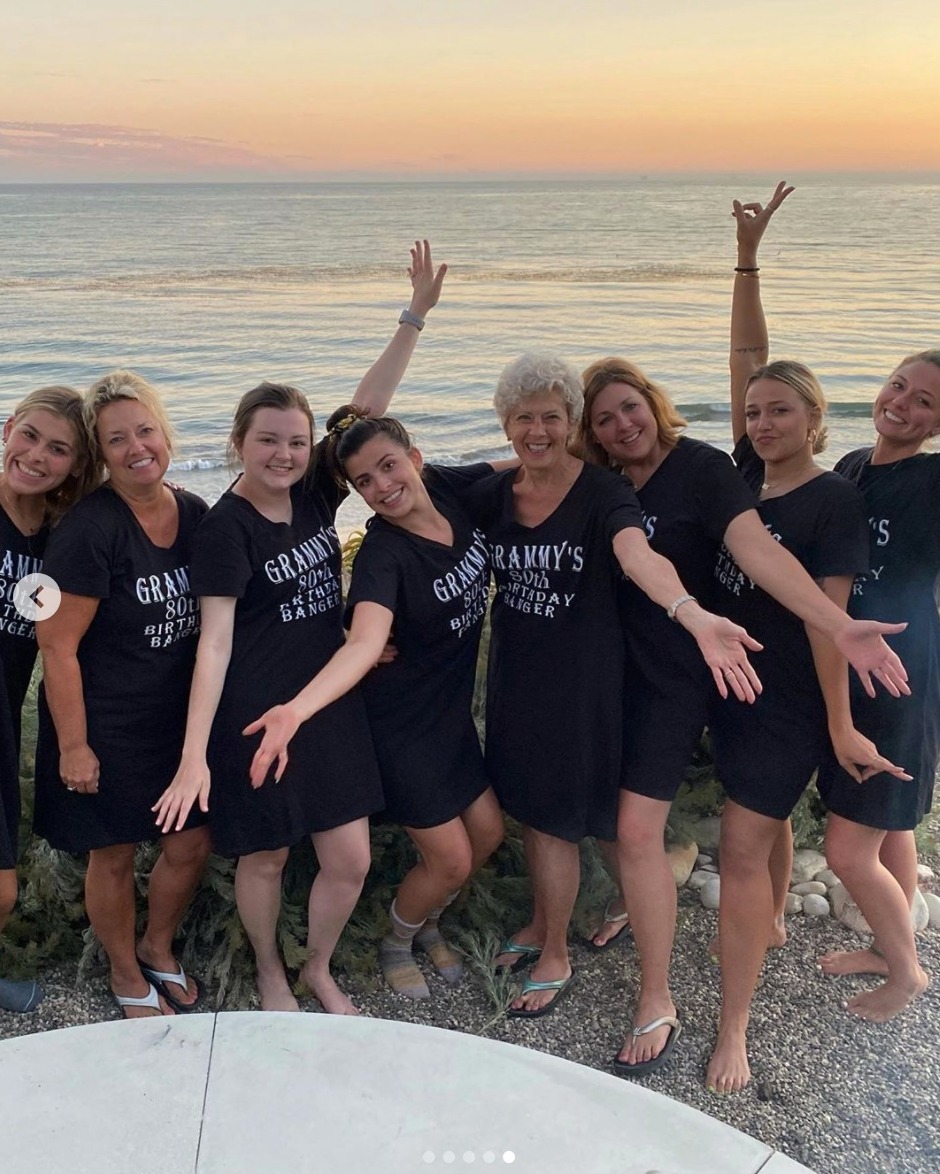 Brad's home offers sweeping views of the Pacific Ocean and a private beach where the young ones have been making the most of quad-biking in the sand.

Inside, the family decorated for Jane's special birthday with balloons and streamers that had the number 80.

Brad has not appeared in any of the social media posts, and sources close to the actor told The Sun that his six children had also not been at the party. 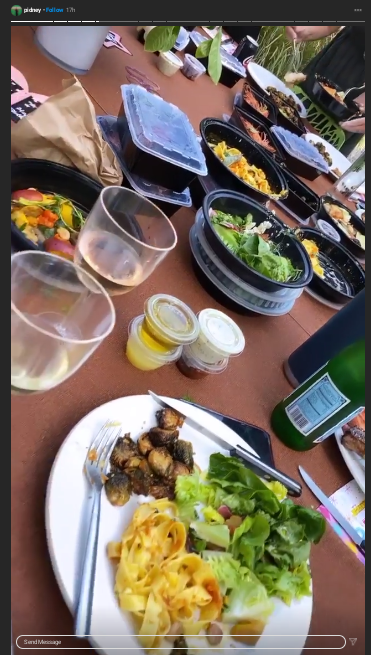 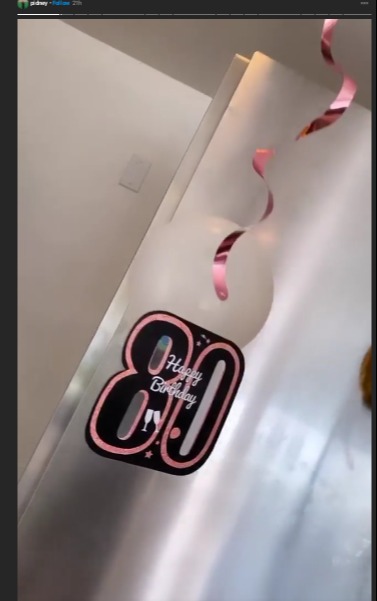 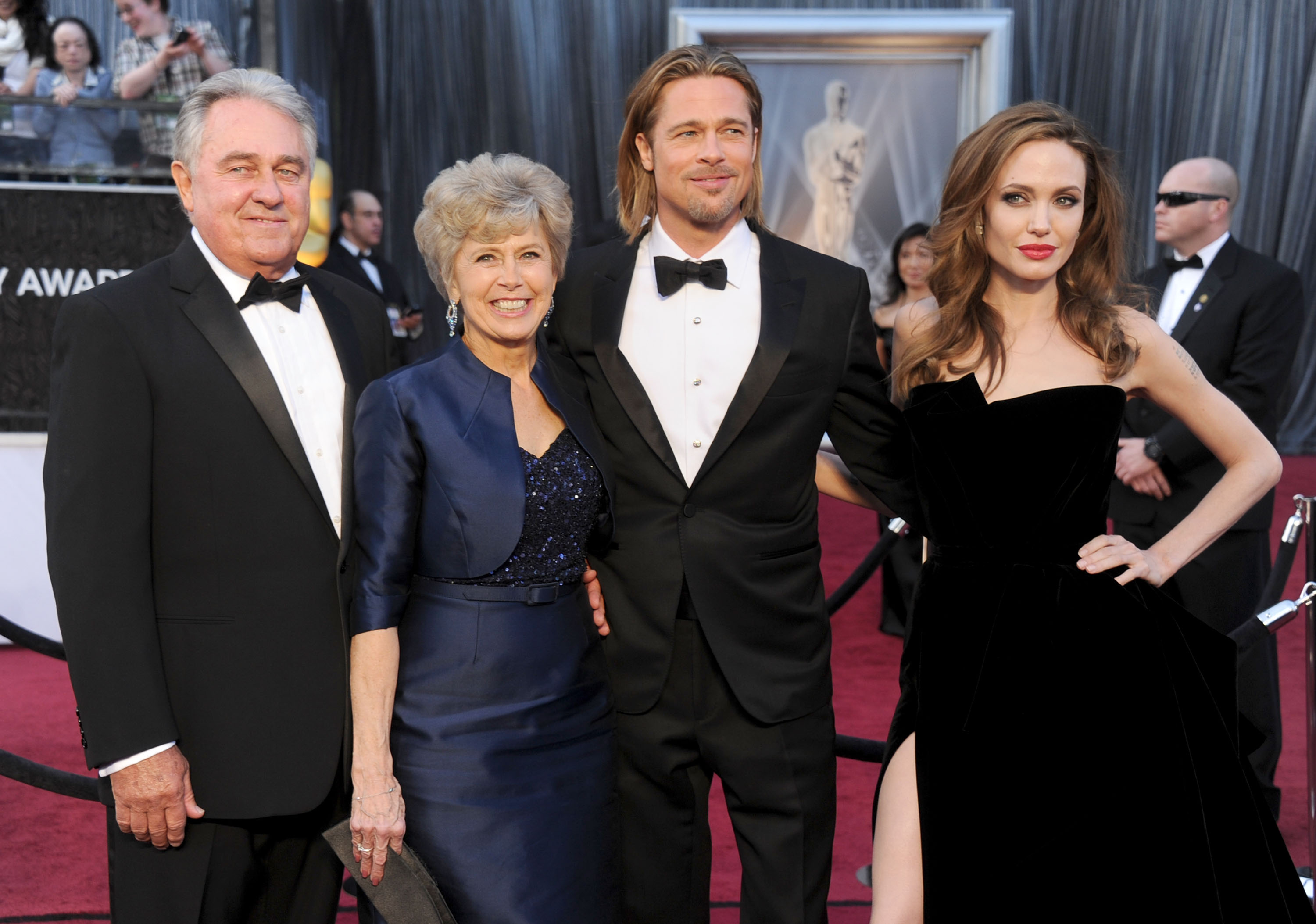 "I feel for Jane. She loves her grandchildren," the source said.

The insider, speaking to The Sun, added: "It’s a shame Jane and Bill were only two hours away from their other grandchildren and still didn’t see them on such a special occasion. 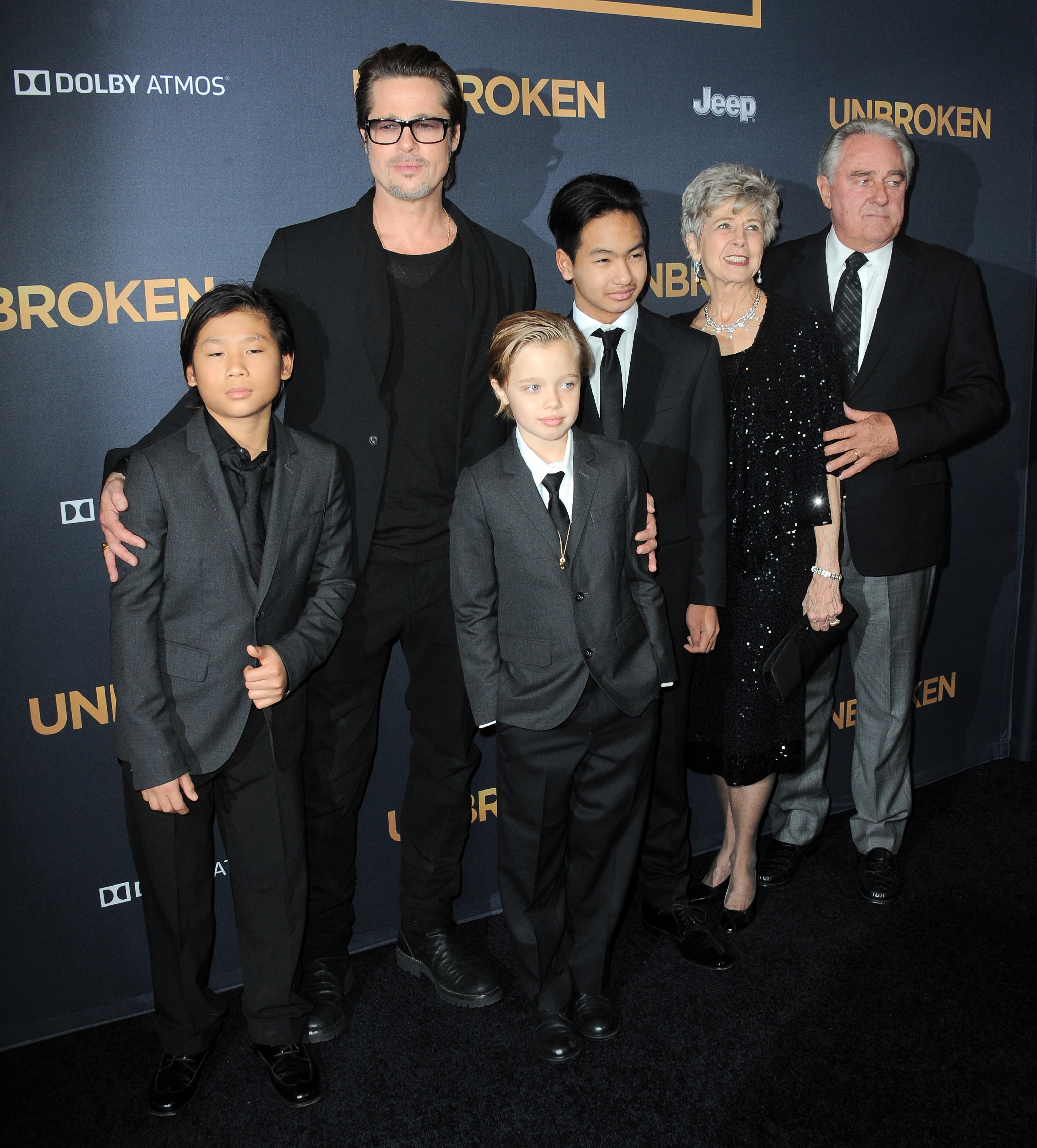 "When Angie was still with Brad they would visit their grandparents at least once a year. The kids are a wild bunch, so that was enough for Jane and Bill!"

Brad and Angie filed for divorce in September 2016 following an incident on a plane when Brad allegedly lost control of himself and clashed with son Maddox.