David Walliams, 47, may have already found the winner of this year’s Britain’s Got Talent after choosing Flakefleet Primary School as his Golden Buzzer act in the first episode of the ITV talent show.

Simon Cowell, 59, will be hoping to knock David off the top spot with stand-up comedian Kojo Anim when the live shows begin later this month.

The two judges usually joke around on the panel, taking swipes at one another, but it’s all in the name of entertainment.

As well as his duties as a judge on the talent show, David is also busy working on the next instalment of his hit series of children books and recently revealed what Simon thinks of his success.

He’s got quite a naughty sense of humour

Are the Britain’s Got Talent auditions over?

Appearing on The Graham Norton Show last night, David said of his success as an author: “I am super pleased they have done so well – it is the biggest thing I have ever done.”

Revealing Simon’s thoughts, David joked: “Simon hates it and keeps coming up with terrible story ideas that he says I can write, and we can then split the profits 50/50.”

David beat Simon in the best judge category at the National Television Awards earlier this year and the children’s author doesn’t let his partner forget it.

The judge also took part in a new edition of Bear’s Mission with Bear Grylls, 44, and spoke more about his relationship with the music mogul.

“He [Simon] is very competitive, but he can be good fun to be around as well, and he’s got quite a naughty sense of humour.” 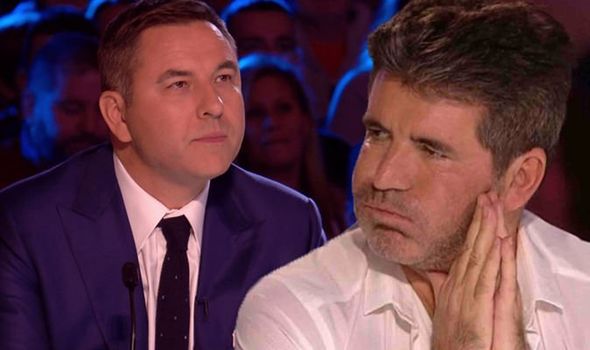 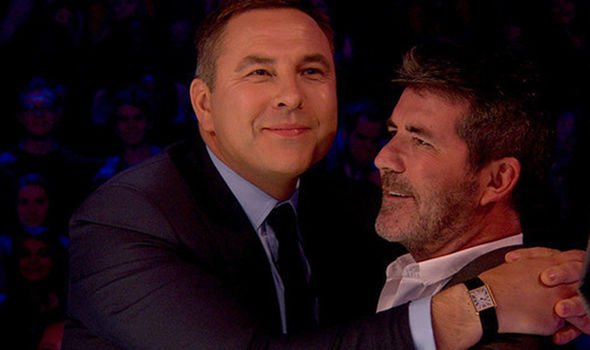 Although David and Simon may think they have found this year’s winner, one act last weekend blew the arena audience and viewers at home away.

Ben Hart performed a spell binding magic trick for the judges, including making a piece of confetti turn into an egg.

One trick however gave some fans food for thought as the magician made one member of the studio audience disappear and then reappear in a different location.

Taking to Twitter, some viewers came up with a theory on how the magician had executed the performance.

“Ha ha clearly not the same woman her hair was different and she overacted it too much in my opinion. Great egg trick though,” one remarked. 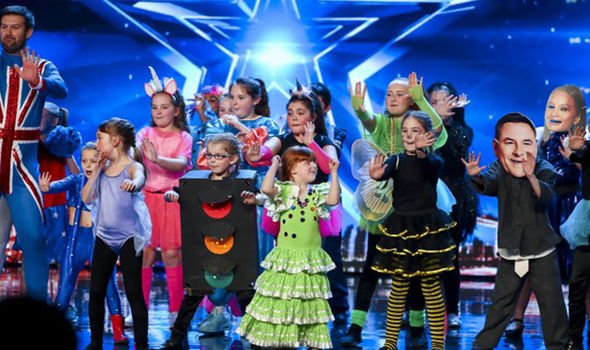 Another added: “Sorry to burst ya bubbles. But she was a stooge and the second one her twin. It’s not rocket science. Sorry.”

Ben’s efforts saw him sail through to the next round of the competition, with judge Amanda Holden, 48, deciding not to choose him as her Golden Buzzer act.

Amanda was waiting for teenage boy band Chapter 13, who performed a medley of Stevie Wonder hits which blew the musical theatre actress away.

Bookmakers have since received a flurry of bet put on the boy group to win this year’s series, with Ladbrokes salting their chances at victory at 5/1.

Appearing on This Morning following their performance earlier this week, Chapter 13 were left in hysterics when host Phillip Schofield, 57, forget the name of the band.

Britain’s Got Talent continues tonight at 8pm on ITV.