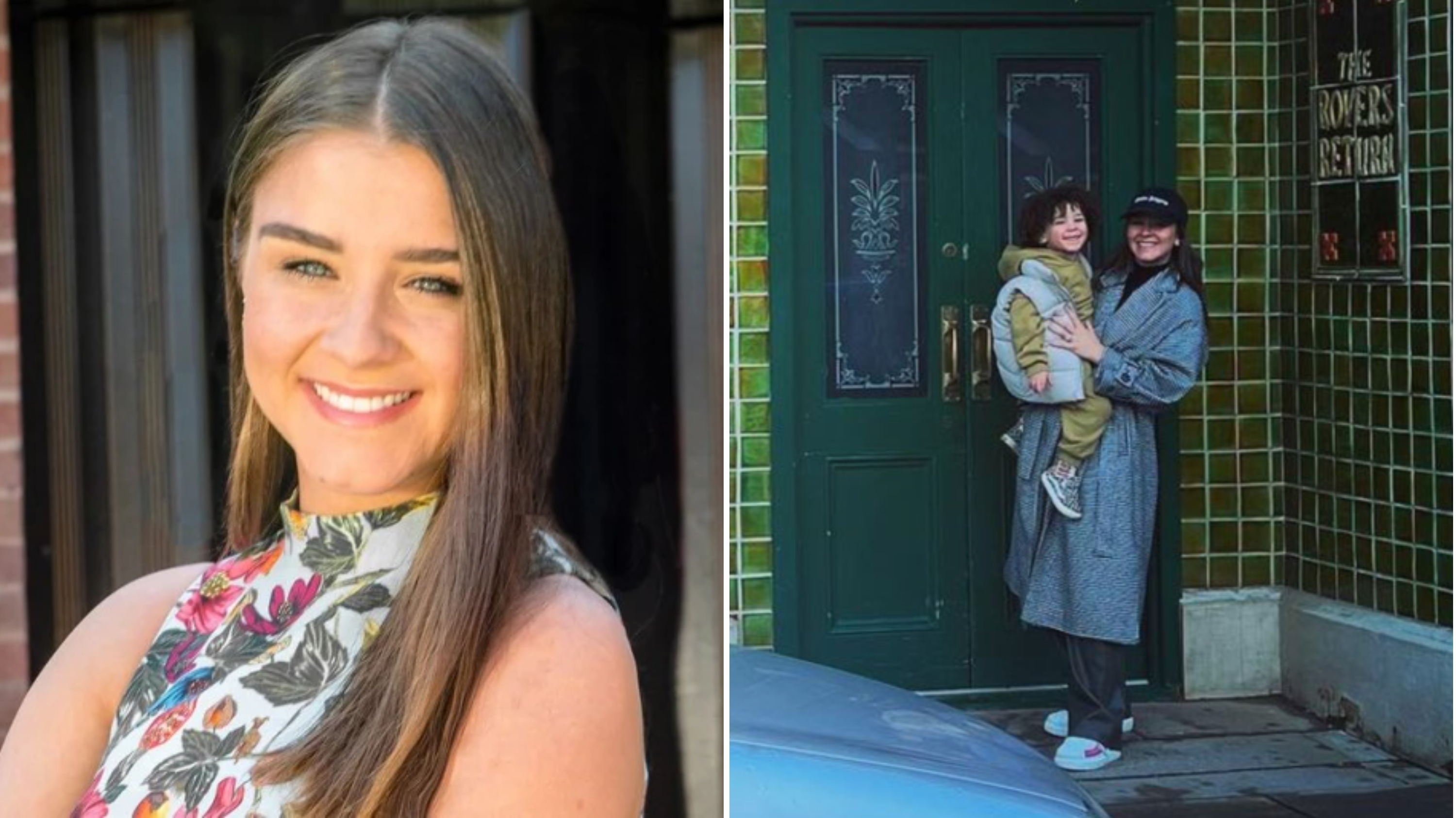 Brooke Vincent has left fans begging for her to return to Coronation Street after she spent the day on the cobbles with three-year-old son Mexx.

The actress, who played Sophie Webster in the ITV soap, took to social media to share a number of snaps from her special day out.

The 31-year-old posed with Mexx outside the Rovers, and took a number of pics of her eldest son exploring the nation’s most famous street.

‘Today I took Mexx back to Corrie’, she wrote on Instagram. ‘Last time I was here he was about to give birth to him!!!

Brooke finished off her statement by saying that the street is ‘still a big part of’ her, and fans called for her to stage a comeback as Sophie.

‘We need Sophie Webster back,’ exclaimed one online user, while another added: ‘Please come back!’

Sophie departed the eponymous street over three years ago to go off on her travels after girlfriend Paula Martin (Stirling Gallacher) bought tickets for her.

In real-life, Brooke left the show to go on maternity leave. She welcomed Mexx with partner Kean Bryan on October 23 2019.

In November 2020, the soap star confirmed that she was pregnant with her second baby, and in May 2021, she gave birth to another son, Monroe.

It was thought that Brooke would reprise her role on Corrie at some point in the future, but a report in The Sun last year claimed that she has no plans to return to the show.

An insider told the publication: ‘Everyone thought Brooke would be coming back to the soap but her contract ended two years ago and there are no talks about bringing her back on.’