Local filmmaker Sebastian Chan has entered a thought-provoking film about a man's experience of being harassed on a bus for the 2018 Canberra Short Film Festival.

The film, called Bus Trip, tells the story of a disabled man who has the help of others on the bus to stand up for what is right and help people see his abilities rather that his disabilities.

“I was motivated by videos I had seen on social media of people being harassed on buses and their fellow patrons standing up for them,” Mr Chan said. 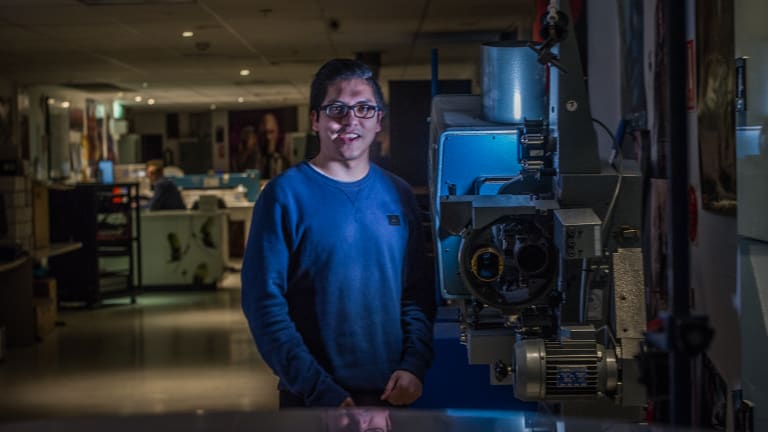 Canberra Short Film Festival entrant Sebastian Chan: Takes on the topic of what it’s like for disabled people on public transport.

The main actor in the film, Peter Rosini, has epilepsy and intellectual disability. Mr Chan wanted to create a film that would include a role for him, as Mr Rosini’s passion is acting.

“I have worked with Peter before and it seemed like the right moment to do this film. He is really passionate about being on screen and loves interacting with the cast and crew. He thrives and is fully engaged in the on-set environment,” Mr Chan said.

Mr Chan said, “The main goal of the film is to raise awareness and letting people experience something other than their own lives. If we have made them smile and think then we have achieved our goal.”

The film was shot in a day and a half with a significant portion of the funds coming from Mr Rosini’s mother in support of the film’s message and Mr Rosini’s passion for acting.

Mr Chan takes inspiration from writers such as Aaron Sorkin and Marin Scorsese and hopes to write for television or films in the future. For the more immediate future, Mr Chan is looking at producing his own web series and long-form projects.