If Wednesday night's episode of The Bachelor was the one to end them all – as in, it ended us all because the drama was exhausting – then Thursday's served as the recovery party.

It was a much tamer hour of TV to round out the week, though there were some zesty moments packed in that deserve to be relived.

In an oddly low-key start to the show, Bachelor Nick "Honey Badger" Cummins is hanging around somewhere near the Hawkesbury River in NSW, in anticipation of a pre-arranged single date with Russian bachelorette Dasha, who revealed on Wednesday night that she has a five-year-old son.

Dasha arrives wearing a white sundress, and Cummins literally has to close his eyes, presumably to keep them from falling out of his head. His attraction to the woman is clear but, of course, this show is all about finding a connection – so he takes Dasha fly fishing to find out if they have one.

For a date that doesn't offer much in terms of extravagance or glamour, Dasha manages to look like she's having the time of her life, and Cummins… well, he just can't take his eyes off Dasha.

Especially when she's changing into her fly fishing waders. 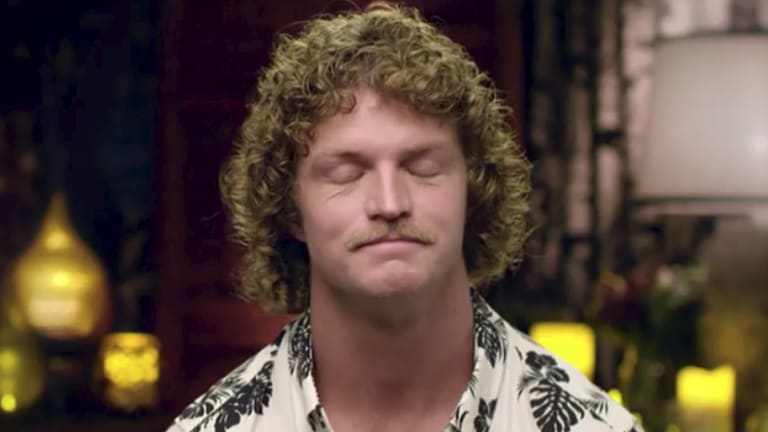 He stays as close to her as possible while showing her the ropes, and gives himself a proper case of the giggles when he convinces her she needs to hold a karate pose to fend off any fish that may fly out of the water.

When it comes time to hold a more serious conversation, the pair gets along well. Cummins' fears of a culture gap or language barrier are unfounded, and Dasha proves herself to be a mature, confident, dry-humoured and level-headed woman.

The Bachelor rewards her for this with a rose, and then a kiss.

The kiss was fine – romantic, unforced and all the rest – but the best part of the date was when Dasha wondered aloud how she'd remember the name of her fly-fishing waders. 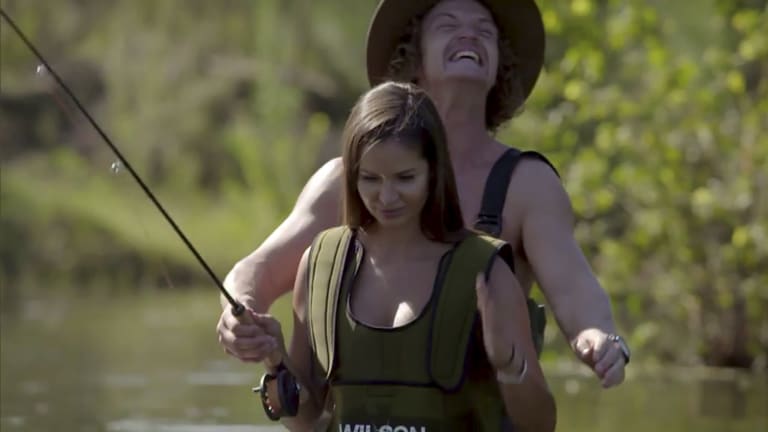 The Honey Badger is a fan of his own jokes – and Dasha’s.

Later on during the group date, 12 chosen bachelorettes are forced to battle it out in a game of Bachelor arrow tag at Allianz Stadium in Sydney.

The women are split in two teams of six, and Cummins has  to play with both sides so that he can assess a "best and fairest" player of the day. The winner will get to spend one-on-one time with the Bachelor, so the competition is fierce.

For reasons that would elude us if this wasn't a TV show, Cummins winds up picking Cat – and, boy, is she pleased.

You know who's not so pleased? Cass, the bachelorette who's already in love with Cummins. She played to win, and arguably did by clearly having the most skill on the field. 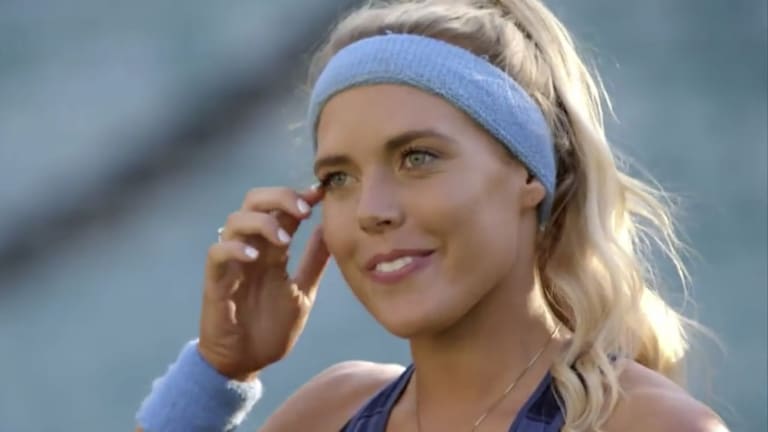 Cass was not thrilled that Cat won one-on-one time with the Bachelor.

The hardest thing about watching Cass navigate this minefield of a show, when she's clearly got strong feelings for Cummins, is that she remains unfailingly optimistic in her chances. She has a habit of putting her heart on the line, only to get subtly knocked back time and time again.

"I'm feeling… all right," Cass said when Cat was announced the winner. "I don't know, I feel like – I wasn't really expecting him to pick Cat. I thought, like, he might pick me."

Alas, it was Cat's time to shine – and we're sure Cass would be happy to know that the chemistry between Cat and Cummins is borderline non-existent.

At one point during their date, Cat puts her drink down and wraps her arms around the Bachelor's neck to go in for a kiss. She asks, "Am I going to tempt you?"

"Hm," he responds, giving her a polite peck on the cheek. 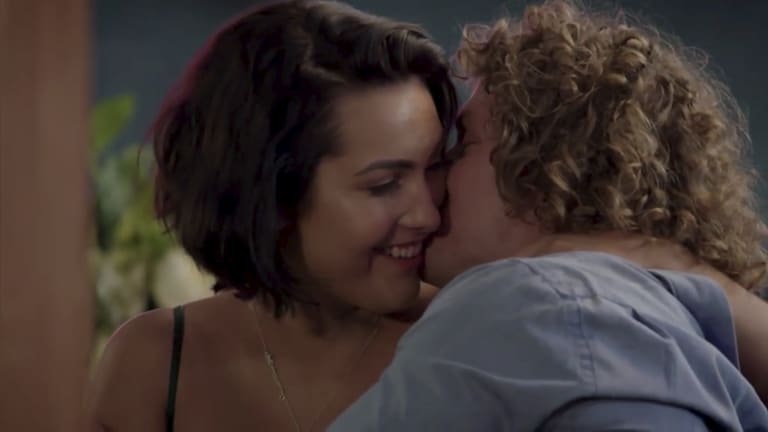 "You're gonna go for a kiss on the cheek?" Cat asks, extricating her arm from his mop of curls.

"No, I'm actually all right now," she responds.

"Awkward," Cat summarises for the camera. "Can't blame a girl for trying."

"Oh Cat, you're a bloody interesting one," Cummins eventually tells her. "You're up to something. Come here, you old shagger." She does not get a rose.

During the cocktail party at the end of the night, Cass is looking positively peaky after realising she's not going to get any alone time with Cummins this time.

Her anxiety levels reach an all-time high, and by the time the rose ceremony rolls around, it's impossible not to feel sick for the girl. Eventually "Honey Badger" calls her name and she nearly faints with relief.

Steph, 23, and Aleksandra, 31, are eliminated – and just when we think the fun is over for another week, Steph drops the biggest zinger fired at the Bachelor so far. 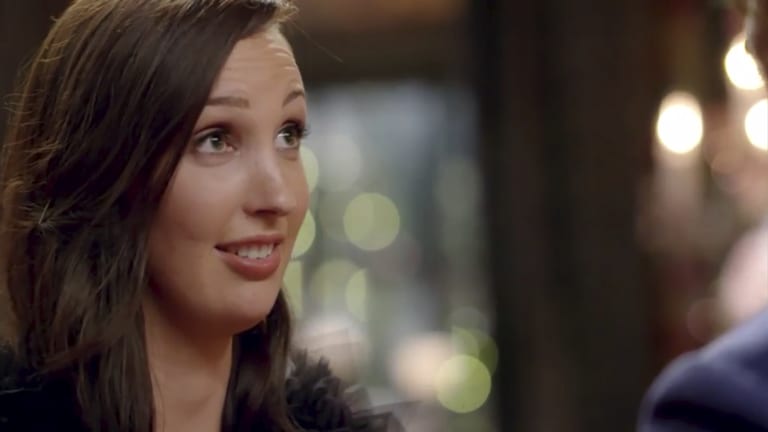 "I can't believe," she says, drawing the words out for extra emphasis, "that I shaved my legs for this." She delivers it while staring straight into his eyes, a slight smirk on her face, and then she strides out the doors without a backwards glance – nor a goody bye hug for the stunned Bachelor. 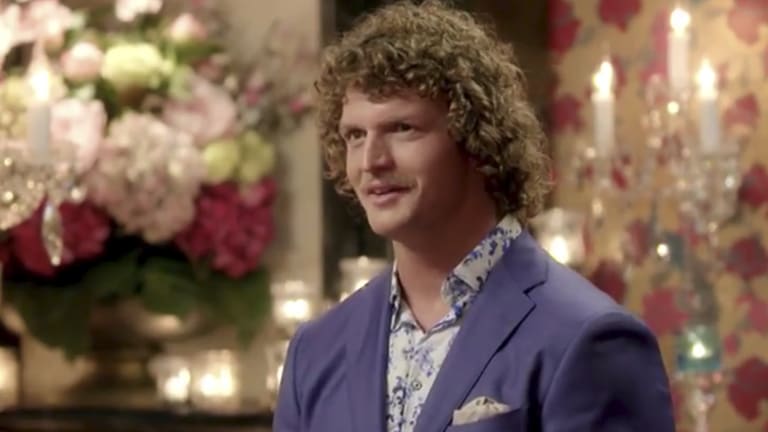 The Bachelor airs at 7.30pm on Wednesdays and Thursdays on Network Ten.