The supermodel first sparked rumours she was dating Ashley, 28, back in April when they were pictured holding hands in New York. 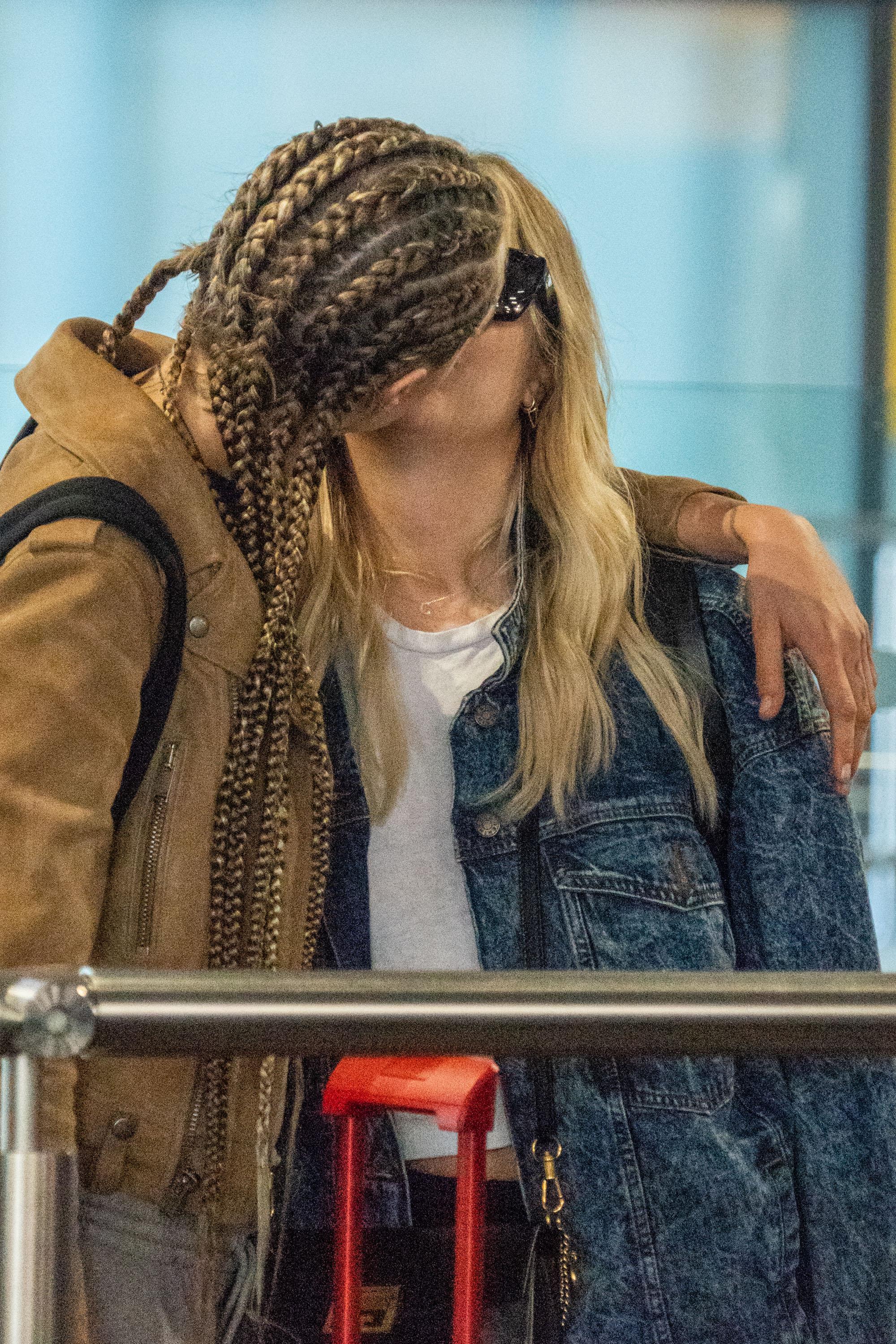 And after flying into the UK together, Cara couldn't keep her hands off Ashley, wrapping her arm around her shoulders and pulling her in for a kiss.

As they waited for a taxi home, Ashley smiled up at Cara, 26, as they cuddled, with the star even wearing a 'C' necklace.

Cara was sporting a new cornrow hairstyle and was dressed casually in grey sweatpants and a tan coloured suede jacket.

Meanwhile Ashley – who played Hanna Marin in the hit series – wore an oversized denim jacket with black trousers and a white cropped T-shirt, and kept her eyes covered with a pair of sunglasses. 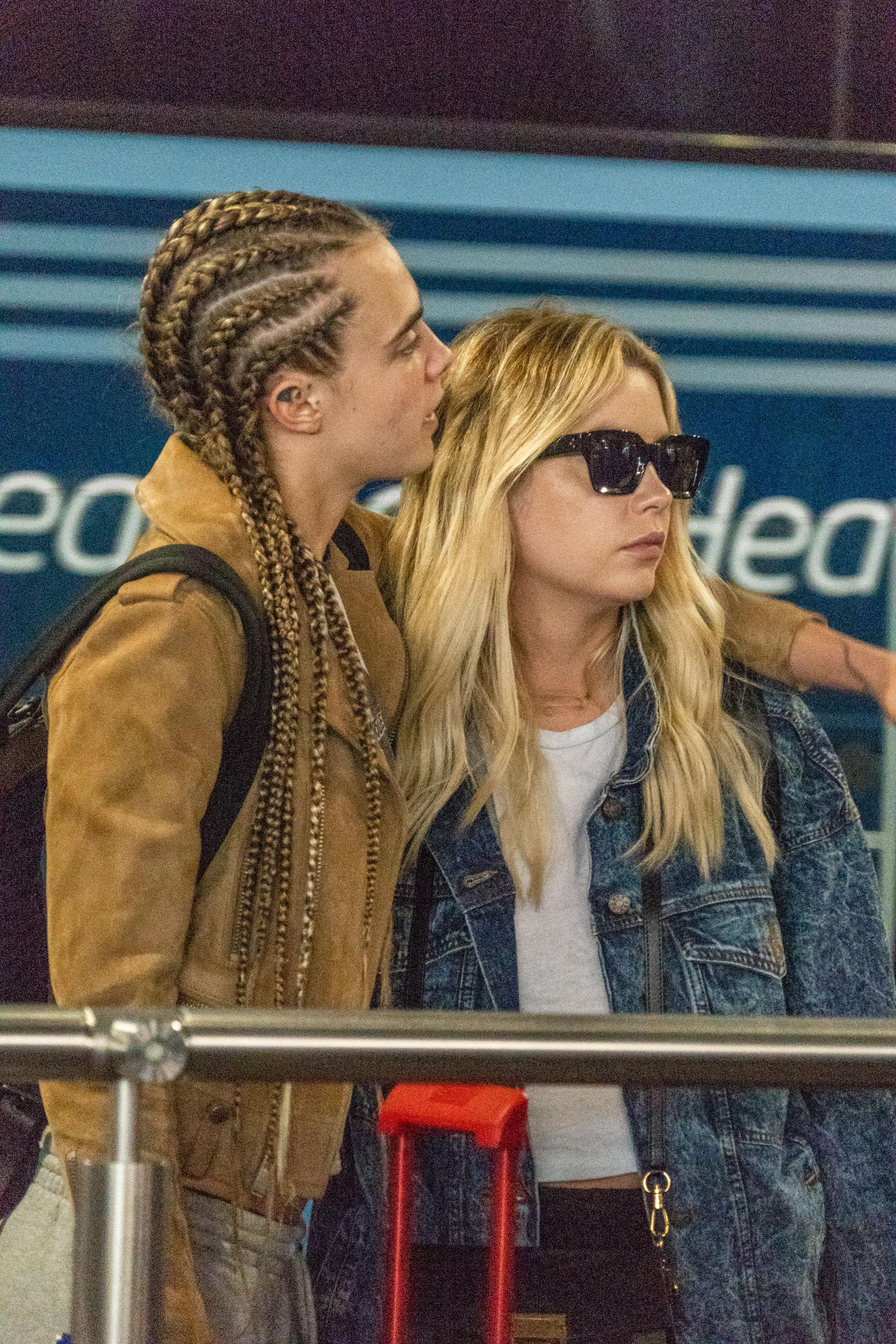 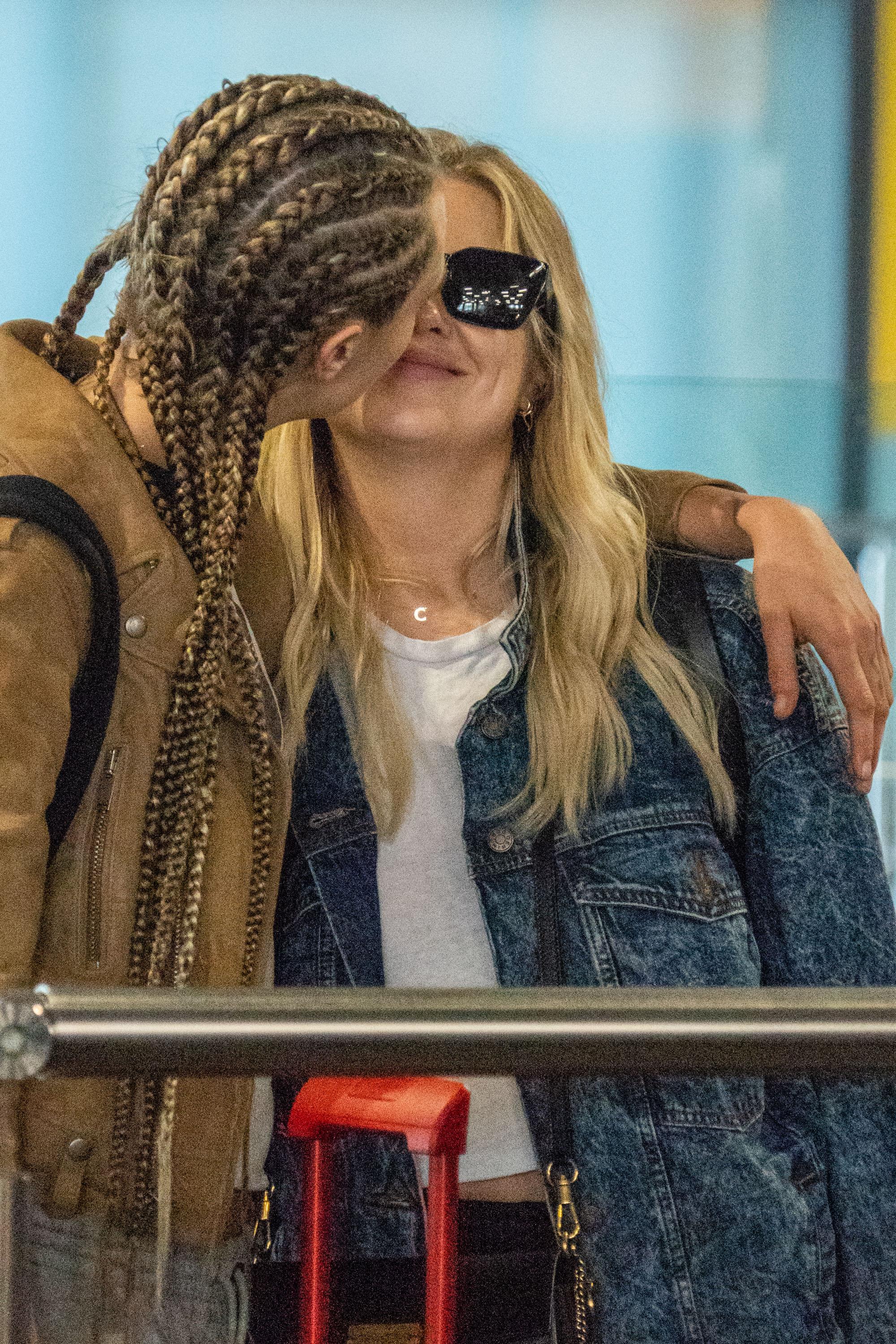 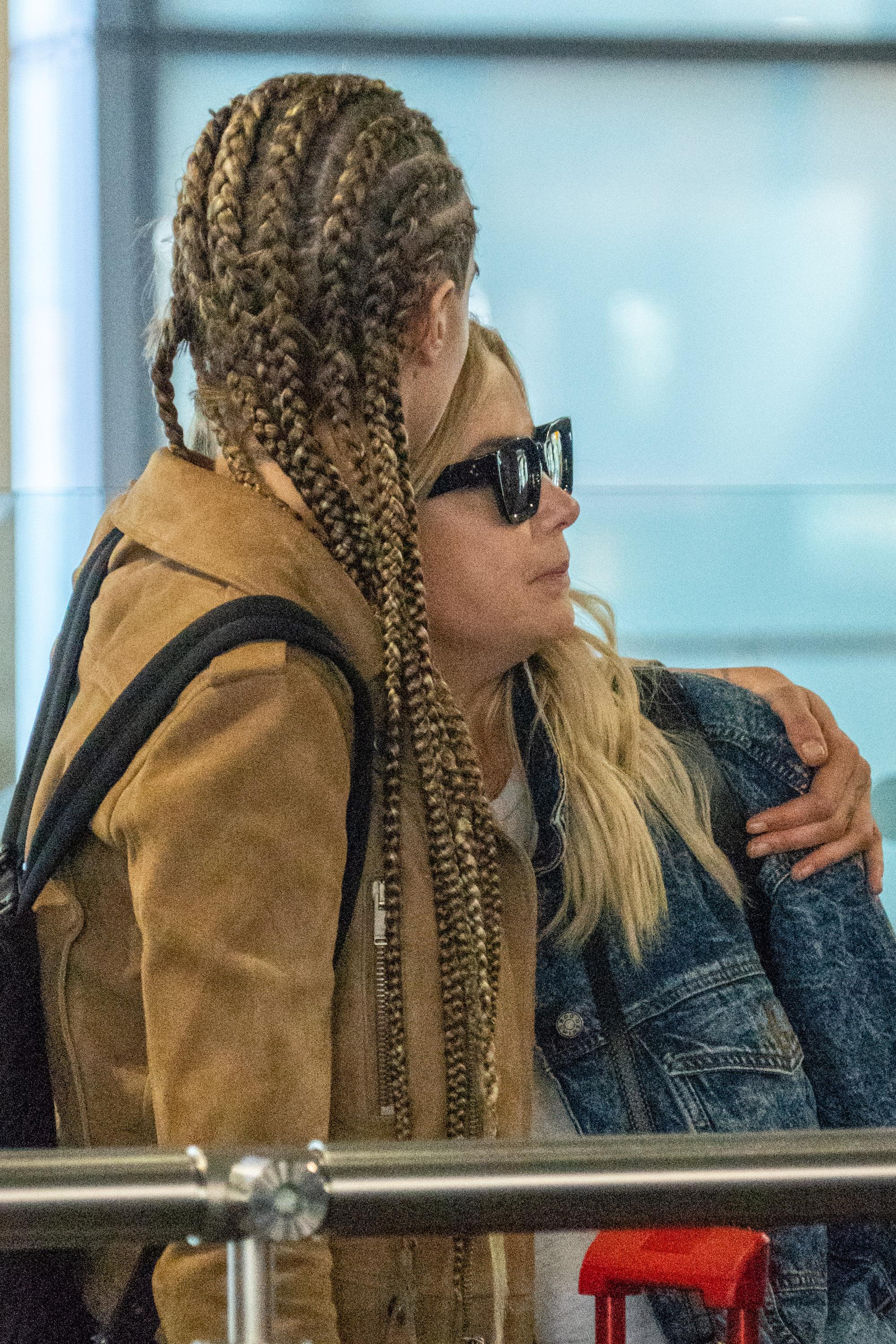 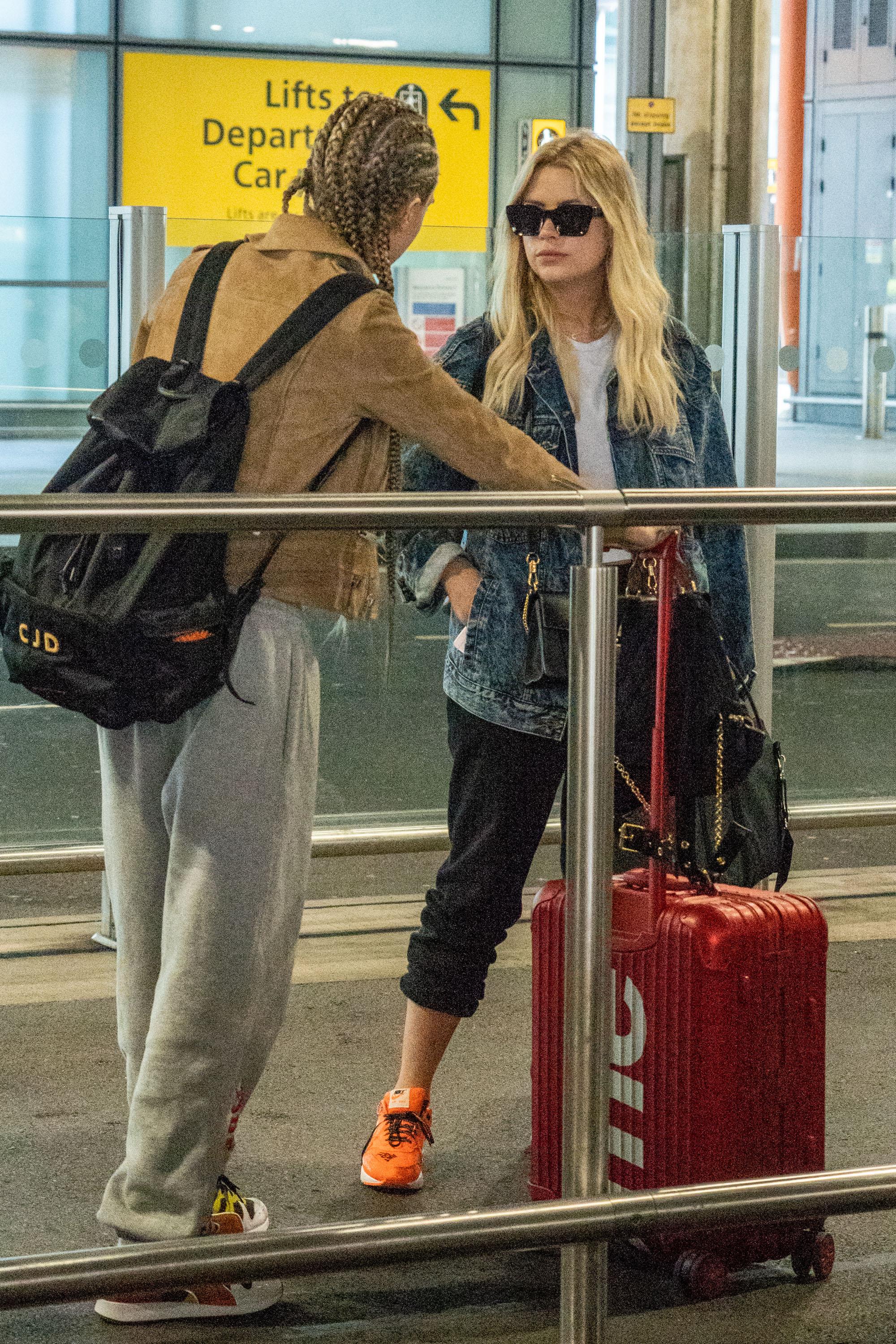 The women met on the set of the movie Her Smell, which is rumoured to be released next year.

Earlier this year, Cara was linked to Michael Jackson's daughter Paris Jackson, with the pair sharing a passionate kiss during a double date with Paris' godfather Macaulay Culkin and his girlfriend.

Paris, 20, also got a British flag tattoo on her back, and shared a picture of Cara kissing it online. 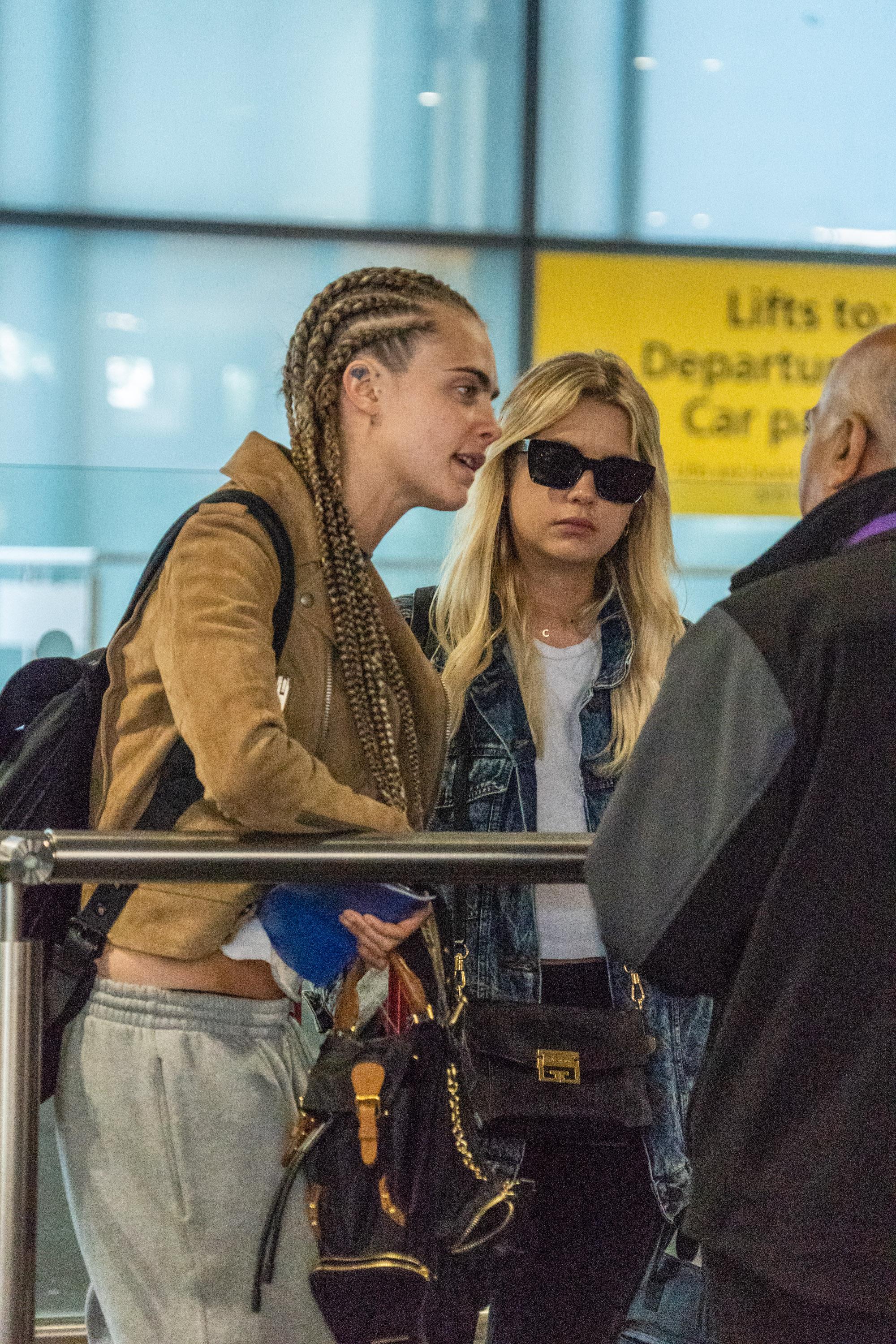 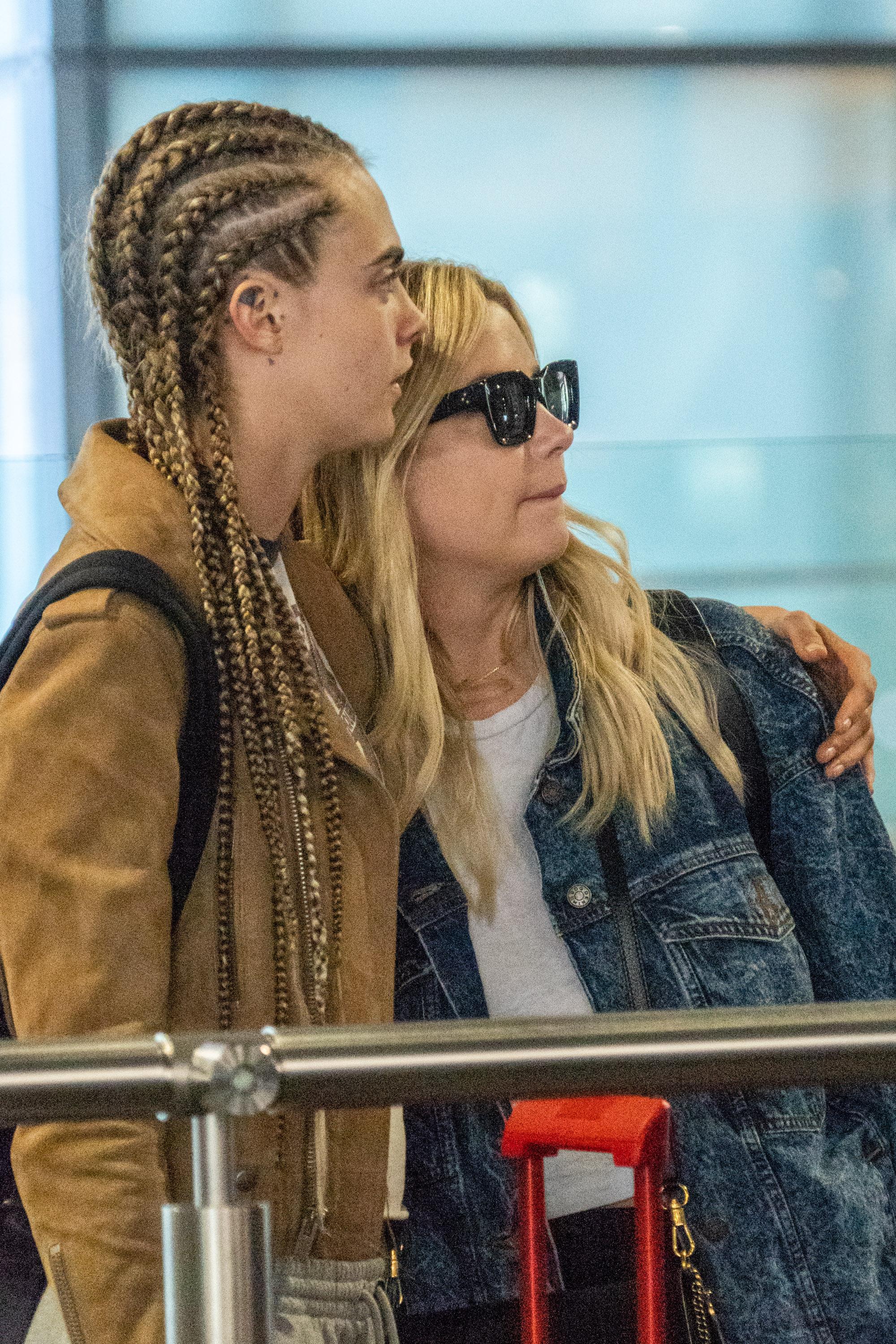 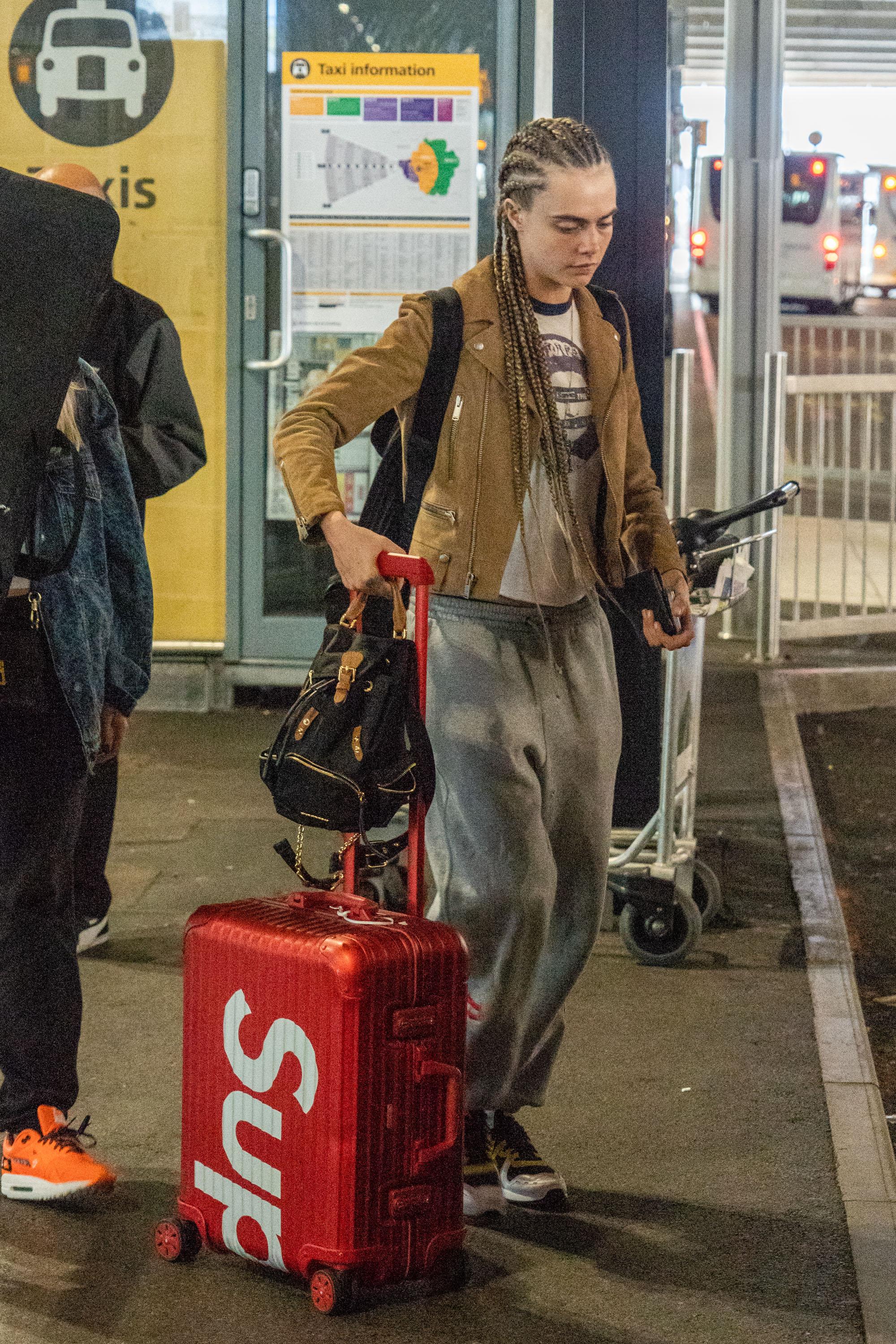 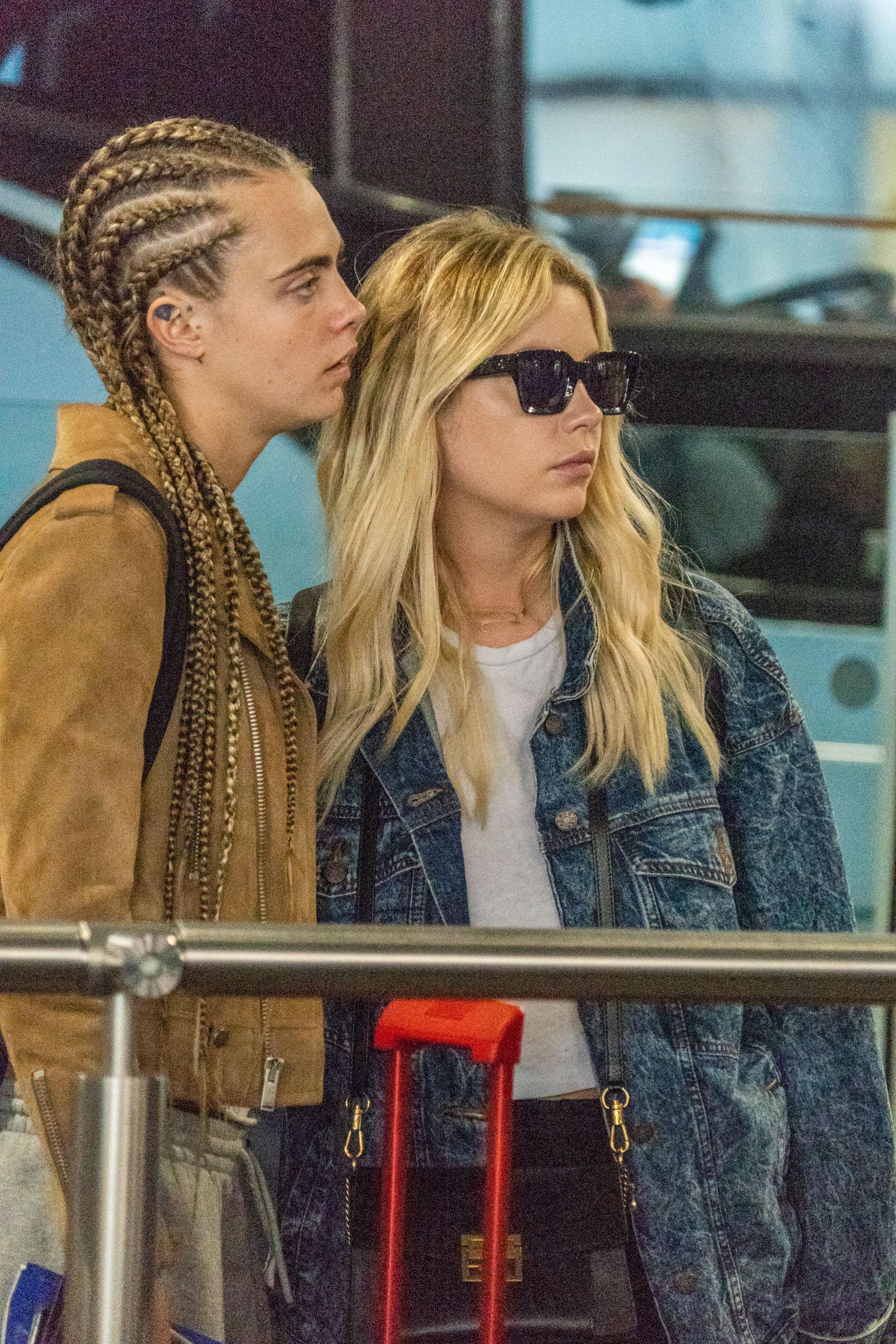 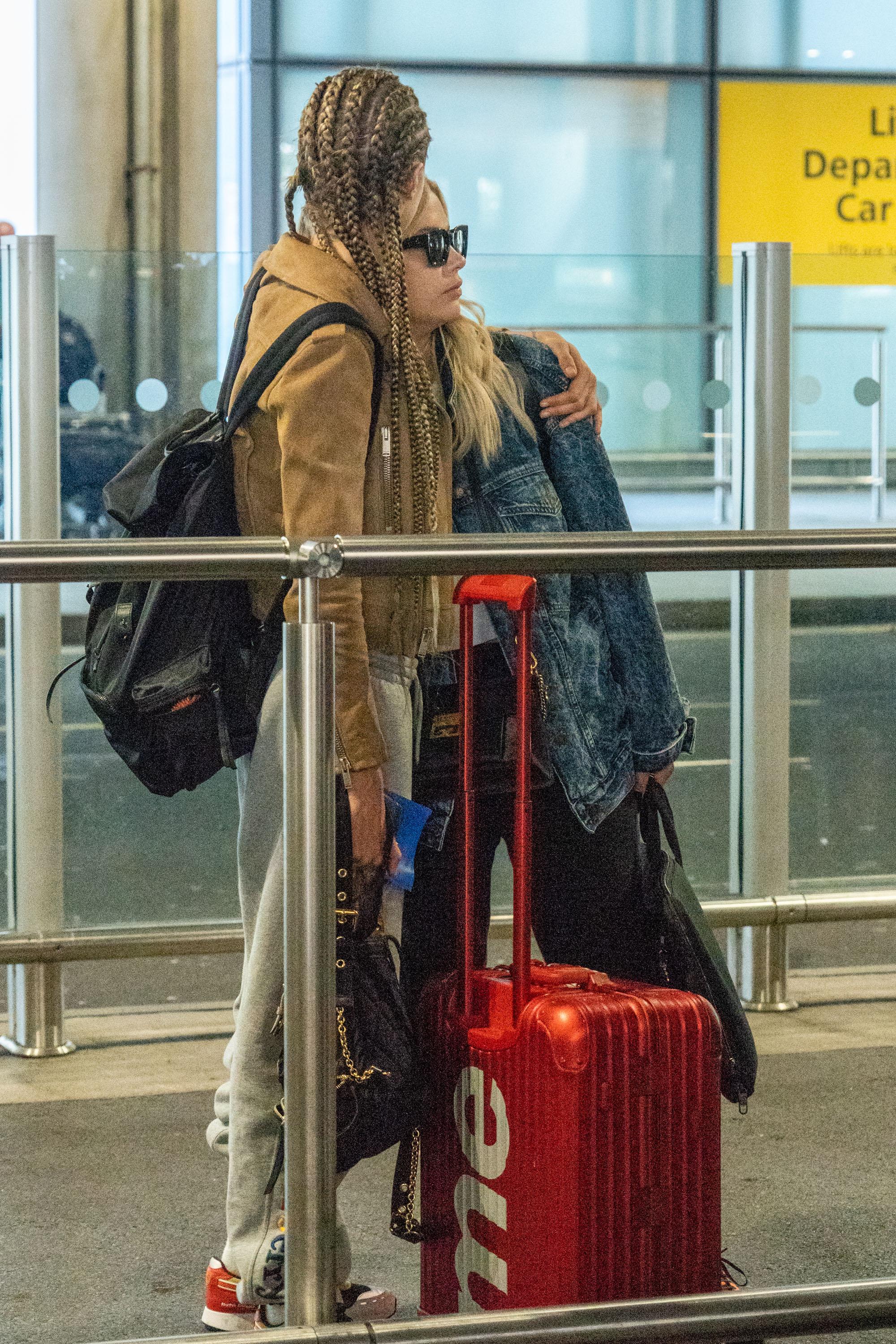 "I fell in love with this very famous person. It's not anything I was in any way ashamed of, so I wouldn't have hidden it."