Dylan Keogh (played by William Beck) was horrified when he discovered Lev Malinovsky (Uriel Emil) cheating on Faith Cadogan (Kirsty Mitchell) with a mystery lover. However, as the doctor struggles to keep the truth and his own feelings from his co-worker, will he be forced to say goodbye to BBC’s Holby City Hospital?

In recent scenes, Lev and Faith were devastated when they discovered the only treatment option for their son Luka Malinovsky (Tom Mulheron) was palliative care.

Faith struggled to accept the diagnosis while Lev secret met up with a man he’s been talking to on a gay dating app.

Later, Lev’s secret lover Xander Hayes (Danny Szam) turned up at Holby City and they were spotted kissing by Dylan.

In tonight’s instalment, Casualty viewers will see Dylan wrestle with his conscious as Luka prepares for new treatment. 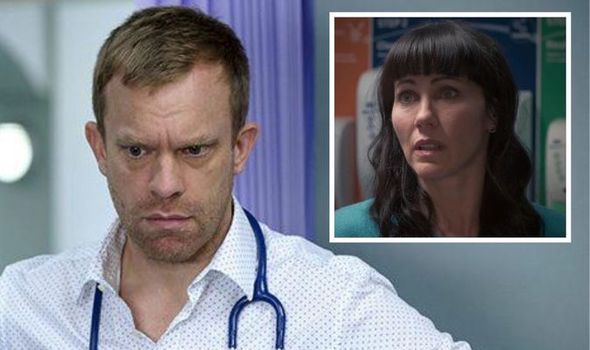 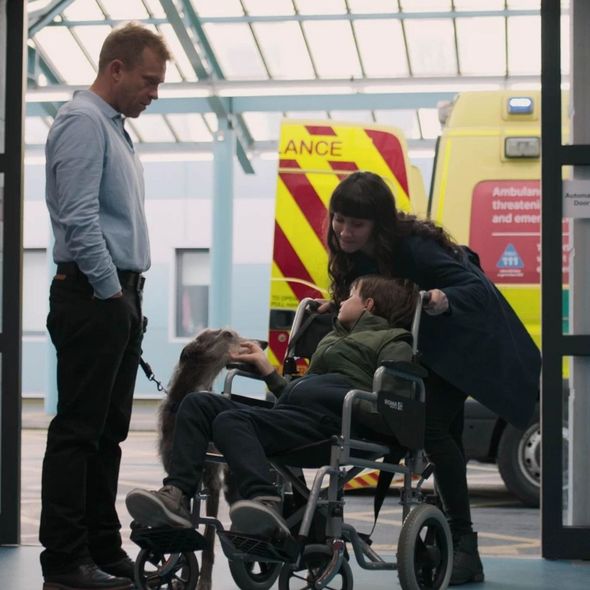 Luka is given the opportunity to undergo Proton Beam Therapy as Dylan struggles to keep his anger under wraps.

The doctor realises this isn’t the right time to be honest with Faith as she needs to focus on her energies on her son.

He decides against telling the truth but later is forced to confront Lev.

When Xander turns up in ED with his friend Claudie (Amanda Clapham), Dylan realises he has to speak to Lev. 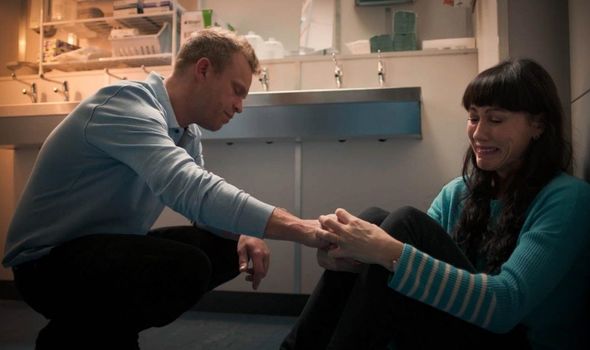 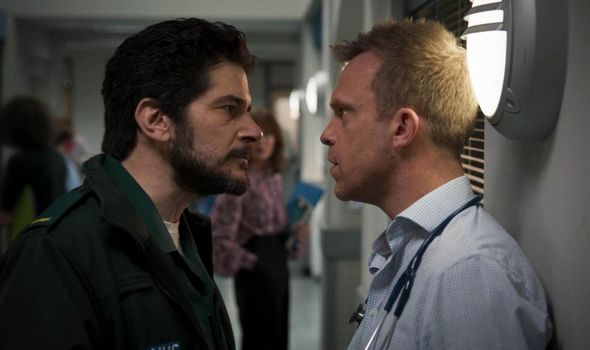 However, something happens later on that makes Dylan realise Xander is the man he saw in an embrace with Lev.

The Holby City doctor tracks down Lev and reveals he knows about his affair.

Will Lev be able to persuade Dylan to keep quiet or will he reveal the truth to Faith?

Dylan has been hiding his true feelings for Faith for some time and he wouldn’t want to be the one to hurt her.

He knows how much pain she’s in with Luka and may agree with Lev that it’s not the right time for her to know about the illicit romance.

Dylan may demand Lev promise to call off the affair and focus entirely on his wife and son.

However, Dylan may struggle to lie to Faith considering his feelings for her and find working in Holby City too difficult.

Will Dylan be forced to temporarily leave the hospital to keep the truth from Faith hidden?

Meanwhile, Casualty fans are desperate for Faith and Dylan to start a romance of their own.

One said: “The Lev/Luka/Dylan/Faith storyline is incredible and heartbreaking.  Really want Faith and Dylan to get together, want Luka to be okay and heart breaks for Lev, what he did isn’t right but grief affects us all differently. @KirstyLMitchell #Casualty.”

“Very much hope Faith and Dylan get together now after tonight’s episode great ep tonight and Faith is a lovely character! @KirstyLMitchell #willbeck #casualty,” another shared.

Casualty airs tonight on BBC One at 8.40pm.