Celebrity Big Brother has struggled with incidents of bullying in the past, but in recent series it looked like it had sorted them out.

After repeatedly clashing during their four days in the house together, Natalie and Hardeep argued again over the inclusion of tomato juice on the house shopping list.

Hardeep suggested that the item might be useful for making a range of dishes, including curry and pasta. 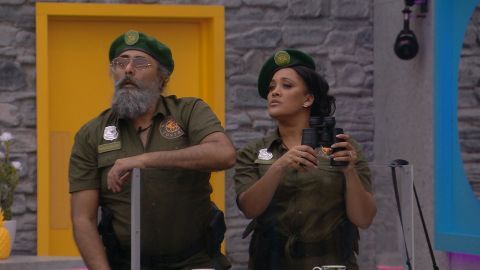 But Natalie wasn’t keen on the idea and when Hardeep tried to explain his thought process she shut him down, saying: “Well you ain’t making me nothing.”

Taking to Twitter to air their dissatisfaction, some viewers claimed Natalie was singling Hardeep out unnecessarily.

“Natalie trying her best to BULLY Hardeep in the #CBB house here,” wrote one fan.

“He’s a strong guy but I think unfortunately he WILL break…. I just hope the others stick up for him when he does.”

Another suggested things had gone so far that producers should step in and “give her a warning for bullying”.

“Geez can Natalie be anymore of a bully,” said another viewer, while calling for her to be evicted at the earliest opportunity.

“I really dislike this girl I didn’t like her much before tonight, now I like her even less Please God she’s up for eviction Friday There is no need for her to embarrass Hardeep like that.”

Many more were quick to air their dislike for the reality TV personality, with some branding her “passive aggressive” and “obnoxious”.

Will she make the cut when it comes to Friday night’s eviction vote?