Celebrity Big Brother viewers have once again been shown footage of Roxanne Pallett play-fighting after she’d complained about being injured by Ryan Thomas in a similar incident.

More than 11,000 people have complained to broadcasting regulators over scenes that aired in Thursday night’s show, in which Roxanne called for Ryan to be removed from the house for allegedly punching her in the back “repeatedly, unprovoked” while the two were play-fighting.

The situation has become hugely divisive, with Ryan’s family and former Coronation Street co-workers publicly defending him while others raising why Big Brother needed to take Roxanne’s allegations seriously.

In Friday’s episode, viewers watched Roxanne protest Big Brother’s decision to keep Ryan in the house after reviewing footage of the incident in question.

“That’s not acceptable. It’s already happened,” she said. “A grown man purposefully punched me, repeatedly. How can somebody proceed after doing that to somebody? I’m going to have to act my through the rest of this show.”

However, many viewers were then shocked to see Roxanne shadow-boxing in a similar manner as in the Ryan incident, only this time with Ben Jardine. 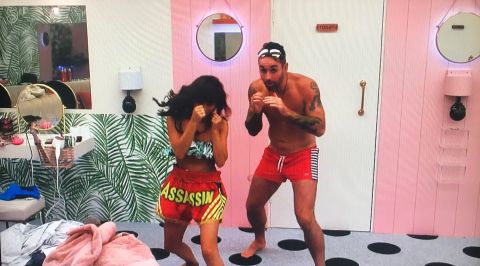 Meanwhile, in the bedroom, Ryan admitted that his conflicts with Roxanne are actually far more deep-rooted than it first seemed.

“I knew this girl before I came in here.She went out with my best mate,” he revealed. “She didn’t treat him too good. It was a long time ago. It’s hard on me… What I’m seeing here is exactly what I saw all those years ago.”

Meanwhile, Roxanne was venting her frustrations to Ben and Dan Osborne, saying: “I don’t want him to be here anymore, and I don’t want to be under the same roof.” 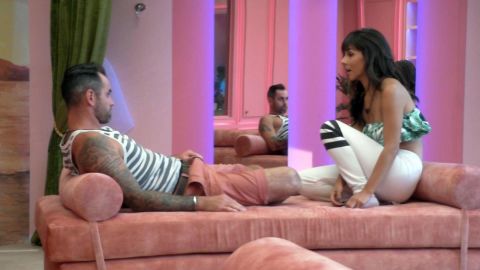 However, Celebrity Big Brother also aired a sneak preview of Ryan apologising directly to Roxanne. That will air in full tomorrow night.

Celebrity Big Brother airs the fall-out of Ben’s eviction on Saturday (August 31) at 10pm on Channel 5.